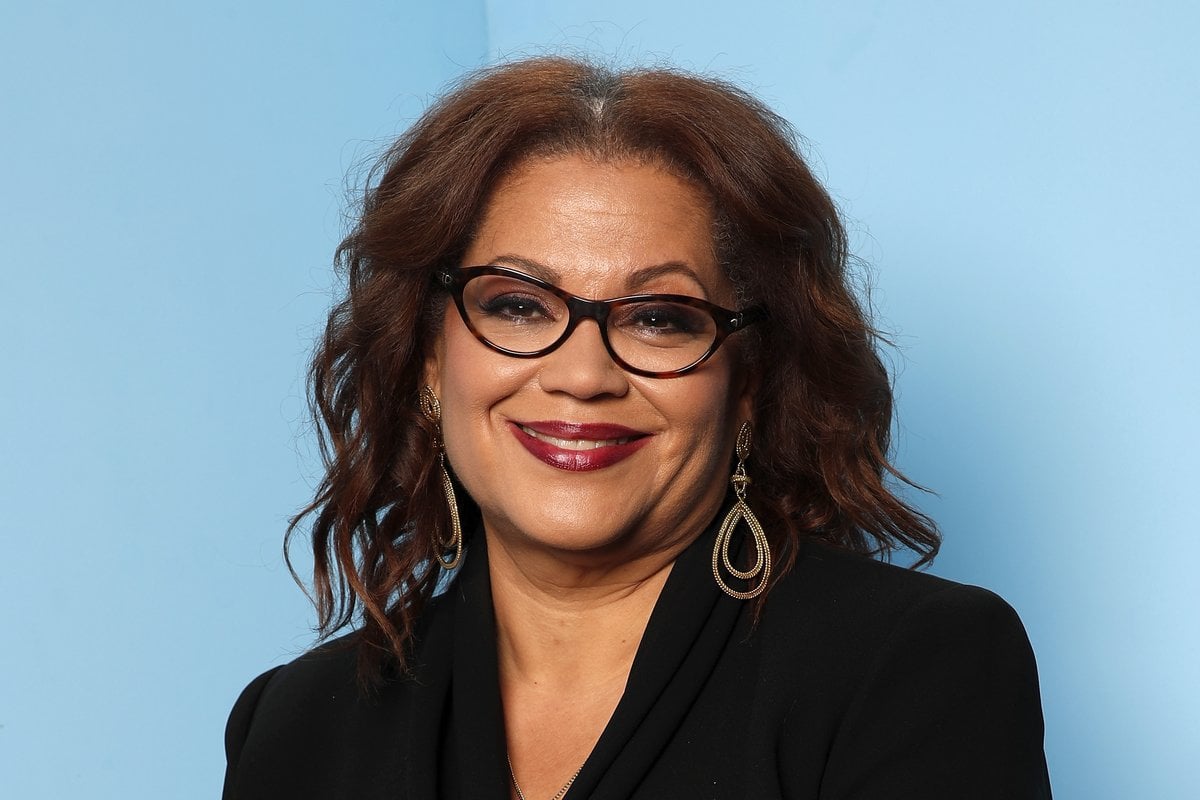 When Tanya Hosch was just three weeks old, she was adopted by a white mother and Indigenous father. Her biological mother was white, while her biological father was Torres Strait Islander.

Being “different” can be hard at the best of times, but growing up in the northern suburbs of Adelaide, where she was one of the few mixed race kids in school, was particularly challenging. At eight years old, Hosch started noticing racist graffiti written about her on the walls of her school. She and her father would spend their Sundays walking around the compound, removing the degrading graffiti with a bucket of water. Despite this, Hosch describes her childhood as nothing short of wonderful.

“I was fortunate to grow up in a very loving, supportive family,” she tells Mamamia. “I had a public school education, public housing, and a beautiful, big, extended family.”

Hosch’s heritage informs every part of her life. She is a passionate advocate for Indigenous rights and was one of the pre-eminent leaders pursuing constitutional recognition of the First Nations people in Australia. She helped found advocacy organisation The Indigenous Players Alliance and drove policy enabling women to seek redress for unacceptable behaviour in contact sport. Last year, she was the recipient of the South Australian, Australian of the Year Award.

“I was so shocked. I didn’t even know I was nominated until the process started; I didn’t know who nominated me so even the nomination was a total surprise,” Hosch says with a laugh. “In the process you get to see all the other finalists who are all amazing, all doing incredibly valuable work and so you are very aware that it is an enormous privilege to be in their company... It’s a huge honour and privilege to have that recognition and hopefully it gives you a bit more of a platform to talk about the things you spend your life working on because you want to see positive change happen.”

Much of Hosch’s role as executive general manager of inclusion and social policy at the AFL is about creating positive change. She supported the first Indigenous player statue of Nicky Winmar, sought a review of anti-vilification policy, and helped provide an apology for former player Adam Goodes from the AFL. Her job is all about the advancement of women, Aboriginal and Torres Strait Islander people, gender-diverse Australians and the entire community.

The significance of her AFL position can’t be overstated either - she is the first Indigenous person and only the second woman to be appointed to the AFL executive team. Funnily enough, the only person who perhaps couldn’t appreciate the significance of the job was Hosch herself.

“I didn't realise it at first. I definitely, on reflection, can see that it was a big deal in many respects,” she says. “As a woman, and particularly as an Indigenous person, I’ve been very fortunate to have the opportunity to have a seat at that table, as part of influencing the game as a whole. Any success I might have is because I have the support of the business and the sector and other people working with me to make change. Without that willingness and openness, I wouldn’t be able to be effective.”

Not that Hosch ever thought she would be working in sport. “I played a little bit of AFL in high school, but it felt very new for girls and women to be playing football then,” she says. “I played a lot of netball and rode horses and things, so I wasn’t unsporting, but I couldn’t see a future for myself playing football at all. I never anticipated I’d be working in sport. But I’m excited to be part of it.”

One of Hosch’s primary focuses has been the AFLW Indigenous Round, which brings greater visibility to Aboriginal and Torres Strait Islander people’s stories, cultures and contributions to the game. For almost 15 years, there has been an Indigenous Round for the AFL men’s game. Last year the AFLW, and the players across all the clubs - both the Indigenous and the non-Indigenous - were adamant that they would like to have an Indigenous Round as well.

“We want to make sure that Indigenous women can see a place for themselves in our game. And that’s on field but also off field,” says Hosch. “We want to make sure that the growth of Indigenous women’s participation in the game happens as quickly as possible and that we are inclusive right from the start. One of the great things about having a new sporting code that we’re still building is to address those issues of inclusion a lot sooner than they were addressed in the men’s game.”

While she works with so many incredible female role models, including this year’s AFLW Indigenous Round honouree Alicia Janz, Hosch understands she’s also a role model to young girls and women, particularly those who are Indigenous themselves. Her advice to them? Do what you’re passionate about.

“Always remember that when people are telling you that you don’t belong somewhere, there’s people who came before you who fought for your right to be there,” Hosch tells Mamamia. “We need to remember that. We are on a continuum. Let’s acknowledge the women who have made it possible for us to be where we are, and hopefully we will all make a contribution for the women who come after us.”