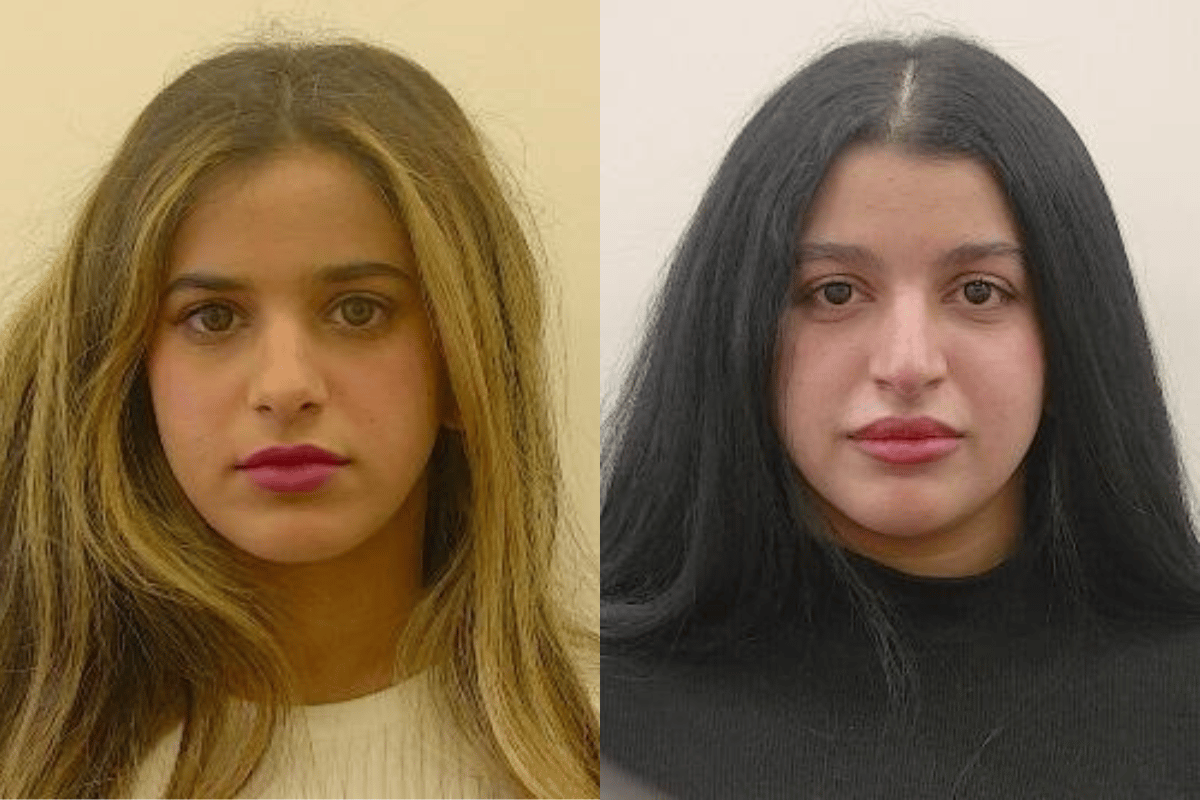 Warning: This post mentions suicide and may be triggering for some readers.

In June, mail began piling up outside an apartment in south-west Sydney.

Rental payments had been missed and an eviction notice for the Canterbury apartment had been filed.

Inside, two Saudi Arabian sisters, both in their twenties, were dead in their beds.

Police believe the sisters died a month earlier in May. But how they died remains a mystery.

There were no visible signs of a break-in nor any injuries to their bodies.

Two crucifixes were also found on the floor of one of the bedrooms, a worker with access to the apartment told the ABC.

Several weeks later, police are treating the deaths as "suspicious".

"We have been unable to determine the exact circumstances surrounding Asra and Amaal's deaths," Detective Inspector Claudia Allcroft said last week, explaining police are still waiting on the coroner's report.

Appealing for information from the public, Det Insp Allcroft said any piece of information could hold the key.

"Detectives are interested in speaking with anyone who may have seen or who may have information about the women's movements in the days and weeks prior to their deaths - which we believe occurred in early May," she said.

"We hope someone may be able to assist our investigators - either through sightings or those who knew the sisters and may have some information on their movements."

Police have renewed their appeal for information after the bodies of two women were located inside a Canterbury unit last month.

Officers have been in contact with the women's family in Saudi Arabia.

As the investigation continues, here's what we know about their suspicious deaths.

The sisters' life in Australia.

Just like the sisters' deaths, their lives in Australia remain shrouded in mystery.

We know the pair moved to the country from Saudi Arabia as teenagers back in 2017, but police have not revealed their visa status or why they moved to Australia.

According to the ABC, the sisters had applied for a protection visa with the Department of Home Affairs and had been in contact with a settlement service for refugees.

The sisters, who drove a black BMW, also both had Australian Business Numbers from 2018.

Police have not confirmed what they did for work. However, according to the Daily Mail they worked in traffic control and attended a local TAFE.

At home, in their two-bedroom apartment in Canterbury, the pair "seemed to keep to themselves", police said.

One neighbour, who lived on the same floor as the sisters but never spoke to them told The Sydney Morning Herald, "People here are not very friendly."

"Even the cleaners had no idea."

There are also reports the sisters feared for their safety.

"I think the girls were very, very scared. Very afraid of something," Michael Baird, a director of Sydney's Transparent FM Building Management which manages the apartment block, told the ABC.

"We're not sure whether it was something or someone, they didn't tell us."

Baird also said a plumber was left "shaken up" after visiting the apartment.

"When [the plumber] came out of that unit, he said that he was concerned that there was something untoward happening in the apartment. He got a very bad vibe."

"He was pretty shaken up. He said, 'I'm never coming back to that apartment again'."

In 2018, the elder sister, Asra, took out an Apprehended Domestic Violence Order. However, it was withdrawn and dismissed.

The sisters' car was also keyed late last year, but the reason behind the incident is unknown.

According to The Guardian, police are now investigating whether one or both of the sisters may have feared being persecuted for their sexuality in their home country.

An unnamed woman reportedly told the publication she met the sisters at a girls-only queer event earlier this year.

"They mentioned that they were from Saudi Arabia, and we talked about what it is like to be queer there. They said women live in fear of their safety and that they were grateful to be living in Australia, where they could more freely express themselves," said the woman, who claimed NSW police were certain one of the sisters identified as queer.

"I asked about their lives in Saudi Arabia and whether they had returned home recently to visit family but they seemed reluctant to go into detail and gave short answers."

"I got the impression that they very rarely go out and hadn’t explored much of Sydney."

The welfare check in June, which led to the discovery of the sister's bodies, was not the first time police had been called to the pair's home.

Officers previously conducted a welfare check in mid-March following a call from the building manager.

"I believe food had been left out in the common areas and he contacted police as he was concerned for their welfare," said Allcroft.

At the time, the sisters "appeared fine".

However, a source reportedly told The Daily Mail, the pair seemed "timid" during a welfare check and initially refused to let anyone in their apartment.

According to the publication, the women huddled together in a corner of their apartment after officers entered.

"They were standoffish and didn't really want to talk," the source claimed.

"Something felt off, but they said they were ok. What more could anyone do?"

Police are yet to confirm the sisters' cause of death.

However, a senior police source reportedly told The Daily Telegraph, they likely took their own lives.

"There’s no indication of anyone else being in the unit...no forced entry. It really does appear to be a tragic suicide," the source told the publication.

The publication also reports bottles of chemicals and other substances were found beside the women.

However, police have refused to confirm this claim.

The sisters' apartment has now been listed for rent, with a disclaimer for future tenants.

"This property has found two deceased person on 07/06/2022, crime scene has been established and it is still under police investigation," the listing reads.

"According to the police, this is not a random crime and will not be a potential risk for the community."

If you think you may be experiencing depression or another mental health problem, please contact your general practitioner. If you're based in Australia, 24-hour support is available through Lifeline on 13 11 14 or beyondblue on 1300 22 4636.