Albanese hold first national cabinent, and all the news you need to know this morning.

This week, former rugby player David Pocock made history as the first independent to be elected to the ACT senate. But he never planned on becoming a politician (and that's exactly why we need him).

You can read my interview with the newly elected senator right here.

But first, let's get you across the biggest news stories you need to know today, Friday June 17.

Health funding will be top of the agenda when Prime Minister Anthony Albanese meets with state and territory leaders for the first national cabinet under the Labor government today.

Before the meeting, state premiers advocated for the commonwealth to restore its share of the funding to an equal partnership.

Health funding was evenly split between the states and federal government under prime minister Kevin Rudd but his successor Tony Abbott cut the federal share to 40 per cent. Malcolm Turnbull increased the contribution to 45 per cent.

In the wake of COVD, the health crisis is still ongoing, with the Paramedics Union sharing this video of Sydney ambulances backed up waiting:

Just another night at St George hospital in the middle of a healthcare crisis. pic.twitter.com/DrbQySsMKV

This was Wyong the day before:

Ambulances queued for hours yesterday at Wyong. Every car is a patient waiting for hospital care, and a Paramedic crew left unavailable to respond to emergencies in their community.

This is why we need real commitments on improving healthcare, that go beyond a catchy headline... pic.twitter.com/mCWK107pCo

South Australian Premier Peter Malinauskas said he wouldn't be a "lone voice" in calling for extra funding from the federal government.

"I don't think there is a state government or a territory government in the nation that isn't having to endure scrutiny over the performance of the hospitals, particularly the ambulance service and also ambulance ramping at emergency departments," he told Sky News yesterday,

Our government will be one that brings the country together. Tonight I'm meeting with state premiers and chief ministers ahead of National Cabinet tomorrow. Working together, we will build a better future for all Australians. pic.twitter.com/ENPdsootlW

Albanese said he had inherited $1 trillion in debt from the Morrison government and was "not in a position" to implement "everything we would like to do immediately".

He said productivity reform was one of his agenda items.

A Queensland teenager who killed a young couple and their unborn child is facing an appeal against his sentence on the grounds it was manifestly inadequate.

The families of victims Matthew Field, 37, and Kate Leadbetter, 31, described the 10-year jail sentence handed to the 18-year-old as "grossly inadequate".

The couple and their unborn child were killed in a collision with a stolen car while out walking their dogs in suburban Brisbane in January last year.

Attorney-General Shannon Fentiman has now signed a notice of appeal, saying, "I have listened, I have taken the advice from the director of public prosecutions and now I am appealing this matter."

There are grounds for appeal, given the judge determined the manslaughter offence was heinous, meaning the sentence could have been more than 10 years, the attorney-general said.

'UNFATHOMABLE': The parents of Matt Field have spoken out after the teenage driver who killed their son, his partner Kate and the couple's unborn child, was sentenced to just six years in jail. #9Today pic.twitter.com/5Ui9yTZ4Qw

Matthew's parents Ann and Russell Field welcomed the appeal but continue to push for law reform.

"We thank the Attorney-General and hope the appeal is swift and results in a more appropriate sentence in line with the community's expectations for the three beautiful lives that were so tragically cut short, as well as the countless others that have been destroyed as a result," the couple said in a statement.

Chris Dawson asked one of his fellow rugby league players whether he knew someone who could get rid of his wife while on a crowded flight from the Gold Coast in 1975, a court has heard.

Giving evidence at Dawson's murder trial yesterday, Robert Charles Silkman said the conversation occurred after the Newtown Jets team had been on a short holiday on the Gold Coast.

"I was sitting there and it was Chris that came along and kneeled down to my level where I was sitting and asked me did I know anyone who could get rid of his wife," he told the NSW Supreme Court. 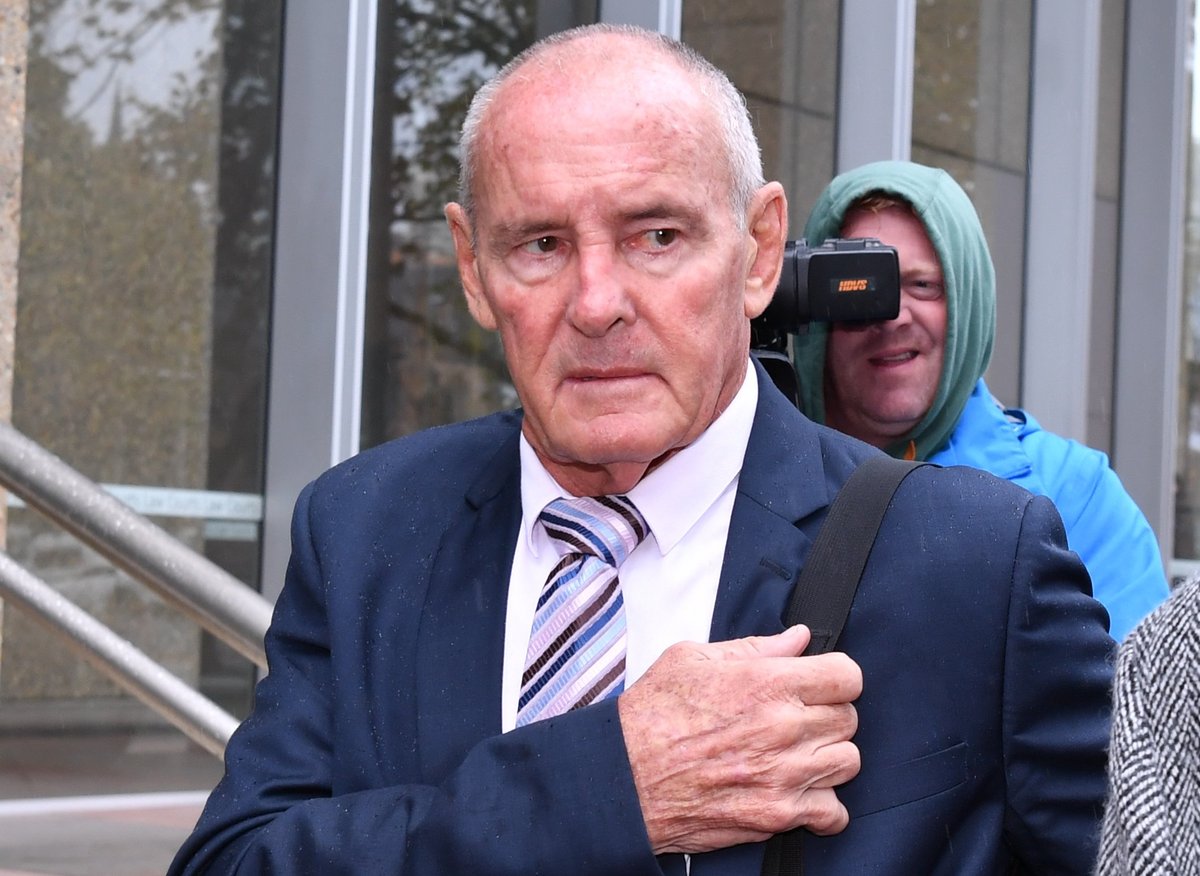 After Dawson allegedly confirmed he meant getting rid of Lynette Dawson "for good", Silkman said the pair would talk when they arrived in Sydney. The topic was not brought up again, he said.

Dawson's lawyer said Silkman had a "loose relationship with the truth" and had approached police in 2018 merely to obtain a $200,000 reward for information on Lynette's whereabouts.

Dawson, now 73, is accused of murdering his wife Lynette Dawson and disposing of her body in January 1982 so he could have an unfettered relationship with a woman, known as JC, who was his babysitter and a former high school student. He has pleaded not guilty.

4. Australian employment rises in May.

Australia's labour market continues to tighten, with a further 60,600 people finding a job in May.

The unemployment rate remained at a near 50-year low of 3.9 per cent, the Australian Bureau of Statistics said yesterday.

The underemployment rate - those in work but seeking further employment - fell to 5.7 per cent, its lowest level since August 2008.

The participation rate - people in work or looking for employment - also rose to 66.7 per cent from 66.4 per cent, a record high.

"But the test for Mr Albanese, and in particular Tony Burke now as the relevant minister, is what policies are you going to ensure are in place to keep Australians in work," Senator Cash told reporters in Perth.

The Russian government says it is sanctioning a further 121 Australian citizens including business people, army officials and journalists.

Last night, Russia's foreign ministry said the move to bar entry to the Australians was in response to Australian government sanctions against Russian individuals, put in place following the invasion.

This fresh list of Australians sanctioned by Russia is quite something. 🇦🇺

Getting whiplash from the spread of names. 🇷🇺 https://t.co/sITW58NnWN pic.twitter.com/VNUz1Usxji

Meanwhile, the leaders of Germany, France and Italy have visited Kyiv.

After holding talks with Ukrainian President Volodymyr Zelenskiy, the leaders signalled the country should be granted EU candidate status, a symbolic gesture that would draw Ukraine closer to the bloc.

That's it, you're all up to speed.

The Quicky speaks to three women who range from dabblers to full on enthusiasts to lift the lid on this often hidden part of society.