It has been over two years since police woke Breonna Taylor and her partner by ramming down their front door, shortly before 1am on March 13, 2020.

According to The Louisville Courier Journal, authorities were investigating two men who they believed were selling drugs out of a house far away from her Louisville, Kentucky home, but they'd been approved a warrant to search Breonna's house too, as they believed that one of the men had used her apartment to receive packages.

The judge's order was a "no-knock" warrant, allowing police to enter the property without warning and without identifying themselves as law enforcement. They reportedly drove unmarked vehicles.

Within minutes of them entering her home that night, 26-year-old Breonna was dead.

For two years, activists, protestors and Breonna's family have called for the police officers involved in the incident - Joshua Jaynes, Kyle Meany, Brett Hankison and Kelly Goodlet - to be arrested. Breonna's death was one of several in recent years which contributed to global protests against racism and police brutality in 2020.

On September 23 2020, Hankison was charged - not for her death however. And only years later, have the four officers now been charged. Here's everything we know.

Who was Breonna Taylor?

Breonna was a 26-year-old Black woman from Louisville. She was an emergency medical technician who had dreams of becoming a nurse and working in emergency care.

Her mother penned a piece for Vanity Fair, saying Breonna was "the family glue" keeping their family united and happy.

"Breonna was everybody's sister and daughter. As easily as this happened to Breonna, it could've been anybody else's child," she wrote.

At the time of her death, Breonna was in a relationship with Kenneth Walker. When police stormed their home, Walker used his registered gun and fired it at the door. He thought intruders were breaking in, as the police's raid was a "no-knock" encounter, meaning they stormed in full force. Walker later had an attempted murder charge against him dropped after he shot and wounded a police officer's leg. Walker was cleared of any wrongdoing.

Police shot more than 20 rounds into the home. Kenneth was injured by gunfire, and Breonna was shot eight times by officers before being pronounced dead at the scene. 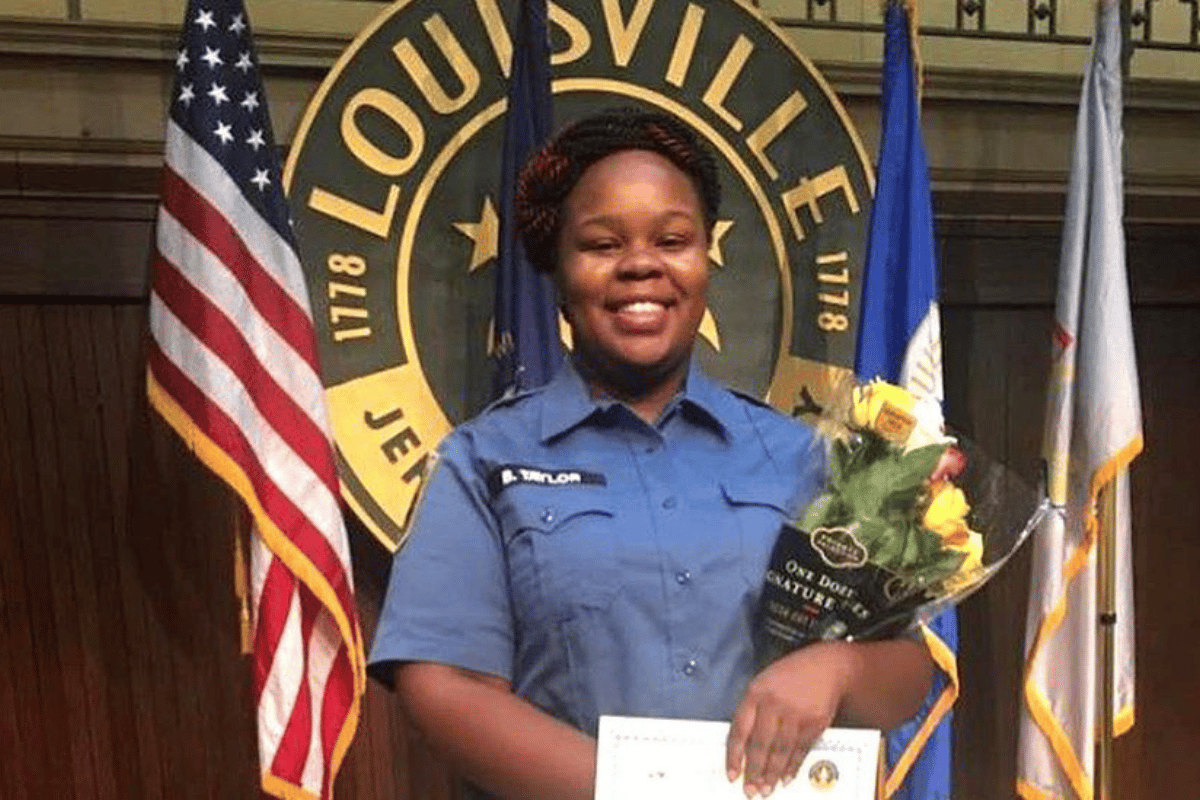 Neither Breonna nor Kenneth had any criminal background. No drugs were found. The officers involved in the raid were not wearing body cameras.

In September 2020, one of the four officers, Brett Hankison, was charged. But not with Breonna's murder.

At the time, Hankison was charged with the wanton endangerment of her neighbours, the State Attorney General said. Former Detective Brett Hankison's indictment for wanton endangerment in the first degree represents the lowest level of felony crime in Kentucky and carries a maximum sentence of up to five years in prison.

Benjamin Crump, a civil rights lawyer representing the Taylor family, said it was "outrageous" that none of the officers had yet been criminally charged for Taylor's death.

The attorney representing Breonna's family released audio of a 911 call placed by Kenneth following the shooting to the Courier Journal.

Listen to Mamamia Out Loud. Story continues after audio.

"I don't know what's happening - somebody kicked in the door and shot my girlfriend," a distraught, sobbing Kenneth told the dispatcher in the more than two-minute-long call.

He shouted for help - no communication from police was heard in the background of the audio.

"He didn't know these were police officers, and they found no drugs in the apartment. None," said Kenneth's lawyer, Rob Eggert, the New York Times reported. "He was scared for his life, and her life."

Subsequently, Louisville Mayor Greg Fischer announced Louisville Metro Police Department would suspend the use of no-knock warrants until further notice. "These changes and more to come - we're not done - should signal that I hear the community and we will continue to make improvements anywhere that we can," he said.

"Breonna Taylor's name and her story will now be part of our history."

As Benjamin Crump told the Washington Post: "They're killing our sisters just like they're killing our brothers, but for whatever reason, we have not given our sisters the same attention. Breonna's name should be known by everybody in America who said those other names, because she was in her own home, doing absolutely nothing wrong." 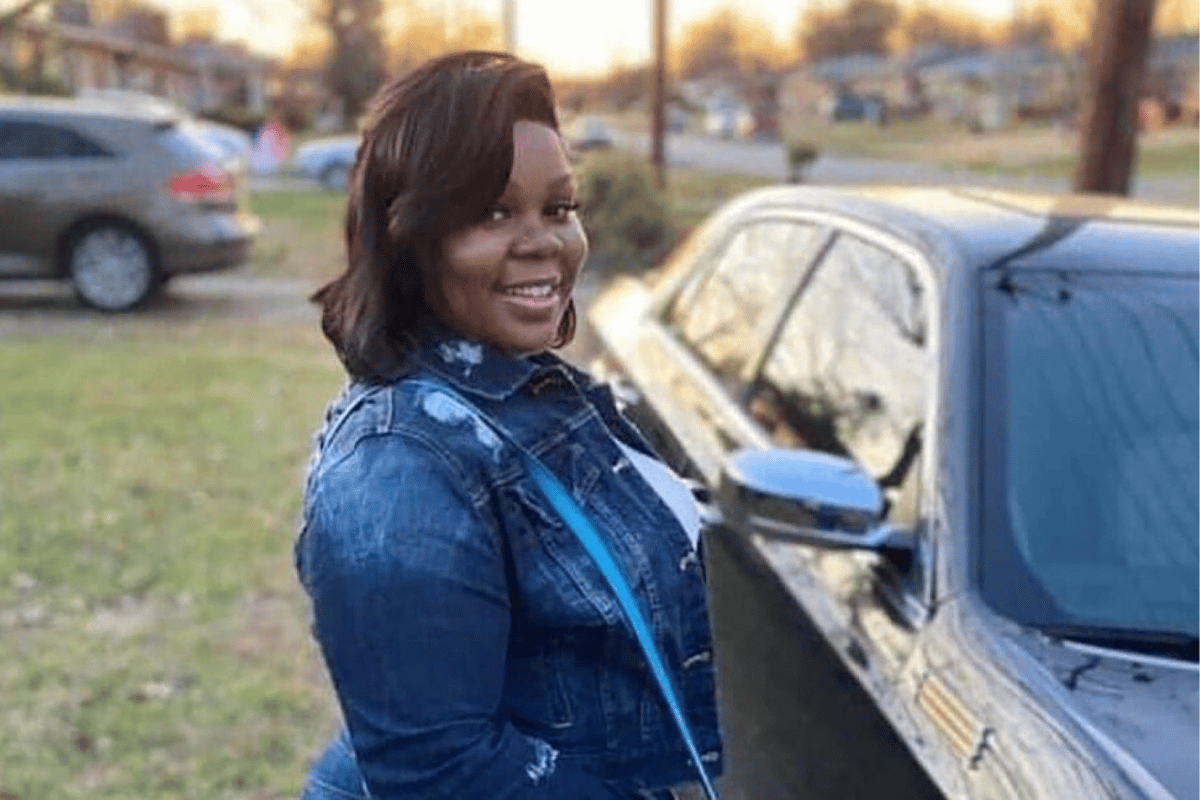 On May 15 2020, Breonna's family filed a wrongful death lawsuit. Months later, the city of Louisville agreed to pay US$12 million to her family and institute sweeping police reforms in a settlement.

"Justice for Breonna means that we will continue to save lives in her honour," said Tamika Palmer, Taylor's mother.

"No amount of money accomplishes that, but the police reform measures that we were able to get passed as a part of this settlement mean so much more to my family, our community, and to Breonna's legacy."

It's been very difficult not to see her daughter live out her milestones, Tamika said.

"She had plans, and she was following those plans accordingly," she told the Courier-Journal. "She had a whole plan on becoming a nurse and buying a house and then starting a family. Breonna had her head on straight, and she was a very decent person. She didn't deserve this."

Now her family can only come together to celebrate a life that would've been full of greatness and love.

"I just think she was destined to be great. Breonna just loved life, and people gravitated towards her. She lit up a room and had this aura about herself. She should definitely be here. What happened to her should never happen to anybody. We want justice."

In August 2022, the four police officers involved were charged for their roles in the botched raid that killed Breonna. 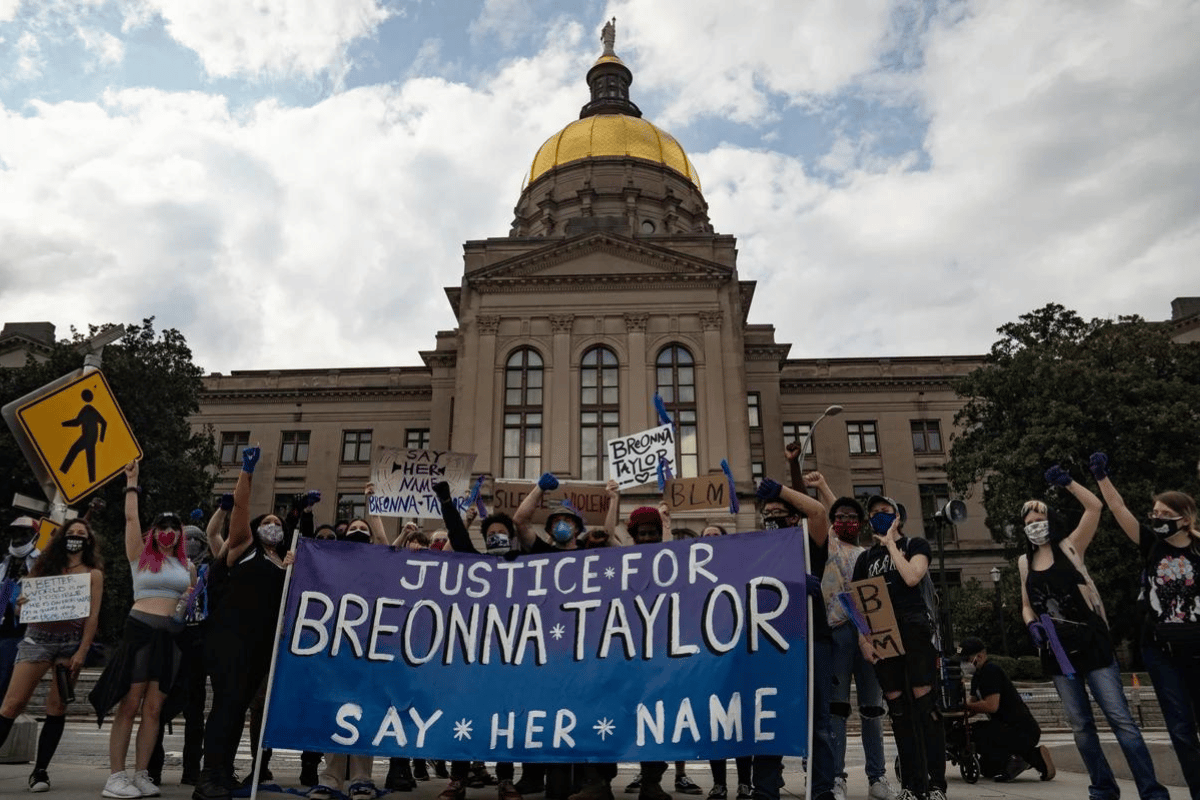 Brett Hankison and Joshua Jaynes had already been fired by the department, but the other two, Kyle Meany and Kelly Goodlett, were fired recently.

The four now face federal charges including civil rights violations for using excessive force to using false information to obtain the search warrant that authorised the botched raid. They have also been charged with allegedly spawning a conspiracy to falsify the warrant and then cover up the falsification.

"Breonna Taylor should be alive today," US Attorney-General Merrick Garland told a news conference. "The Justice Department is committed to defending and protecting the civil rights of every person in this country. That was this department's founding purpose, and it remains our urgent mission."

Lawyers for Breonna's family released a statement, saying: "Today was a huge step toward justice."

For more information about Breonna Taylor and to sign the petition for justice, visit standwithbre.com.

This story was originally published in June 2020, and has been updated with new information in September 2020, and August 2022.

Do you have children? Take our survey now to go in the running to win a $50 gift voucher.

Reply
Upvote
2 upvotes
People can make all the excuses they like defending the police and the actions taken that night, but anyone who understands things like justice and the law would see this for what it is: murder. I'm glad they have charged the officers. In no way was this legal, even if there was scope for no-knock warrants.
M
meganrsaw 3 days ago