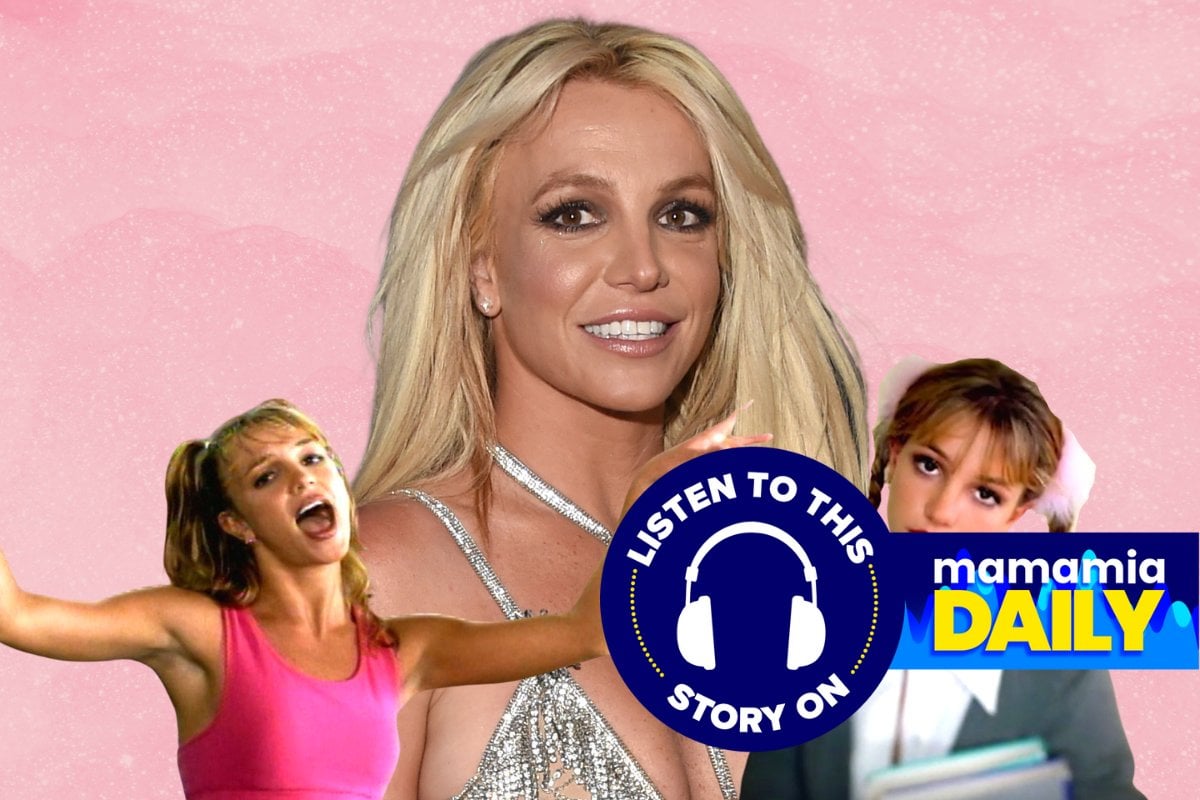 Listen to this story being read by Chelsea McLaughlin, here.

'...Baby One More Time' is one of those songs you can recognise from its very first note.

And then, the next three-and-a-half minutes are equally memorable. The hook is one of the catchiest to ever exist, performed with the perfect attitude of a teenage superstar, whose name quickly became one known around the world.

It is in a word: iconic.

The song and its just as famous music video introduced the world to Britney Spears - school girl outfit and all - and the pop culture landscape was never the same. 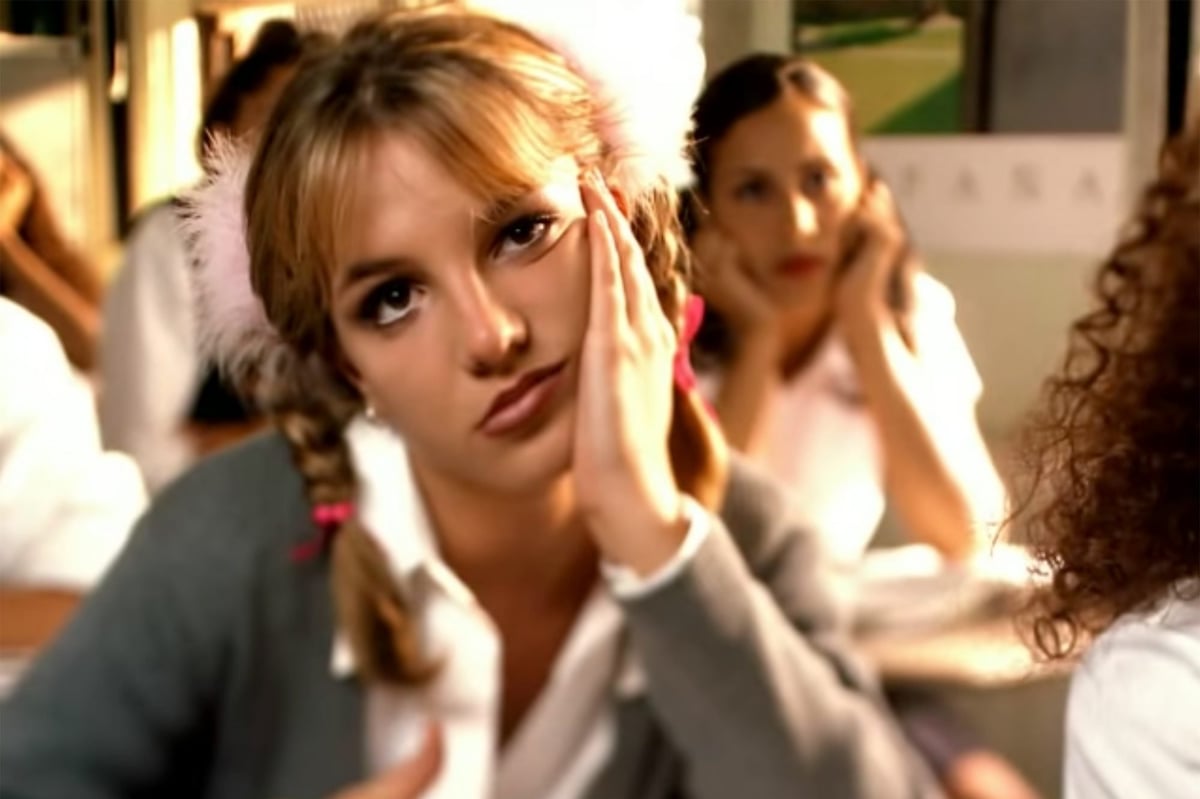 The early 90s music landscape had been defined by grunge and the 'golden age' of hip-hop, before pop groups like the Spice Girls and the Backstreet Boys took over.

With '...Baby One More Time' Britney ushered in a new era of popstar, creating a path for all the other teen stars of the time; Christina Aguilera, Jessica Simpson, Mandy Moore and others, and in turn re-defined the sound of the decade.

Its place in history is cemented, and not just in sales numbers or critical lists. Those opening cords are undeniable. You can parody the 'oh baby, baby' right now, in Britney's intonation, can't you?

On July 15, 2022, almost a quarter century after the world first met Britney Jean Spears and her pigtails, Britney shared a snippet of herself singing her debut single on Instagram.

The close to 24 years that have passed between these moments are well-documented, and make the video much more poignant than a popstar simply revisiting her old material.

"I haven't shared my voice in an extremely long time... maybe too long," she captioned the post.

Britney's 'voice' is one of the most oft-discussed aspects of her stardom.

As a metaphor, Britney never got the kudos she deserved for the say she had in her own early career.

New York Times' 2021 documentary Framing Britney Spears features an early interview with Britney, who claims she's not just a manufactured popstar doing what a group of men in suits tells her to do.

In fact, the '...Baby One More Time' music video was her idea. Her label had planned a space theme, but Britney didn't think that made sense. As a 16-year-old girl, she pushed back in rooms full of older, experienced industry men and instead suggested the school setting (and the school uniform).

It resulted in one of the biggest music videos of all time.

Then there is her literal voice. It's unmistakable; nasally and soft. But as plenty of videos show, Britney used to sing with a much deeper, soulful voice.

The conspiracy goes that she was made to sing in her "baby voice" because it had a more pop sound, and made her more distinguishable from other musicians.

To what extent this was forced upon her is unclear, but Grammy award-winning songwriter and producer Eric Foster White worked heavily with Britney in those early years, and has said he helped develop her sound from "lower and less poppy" to "distinctively, unmistakably Britney".

"I developed her signature vocal sound," he told Slate in 2019.

Britney's 'real' voice has made many appearances over the years: in videos from before her record deal, to videos uploaded on social media, to rare live performances.

Finally, in her new '...Baby One More Time' video, Britney uses her lower register unapologetically to showcase a song that otherwise, perfectly encapsulates her 'other' voice. 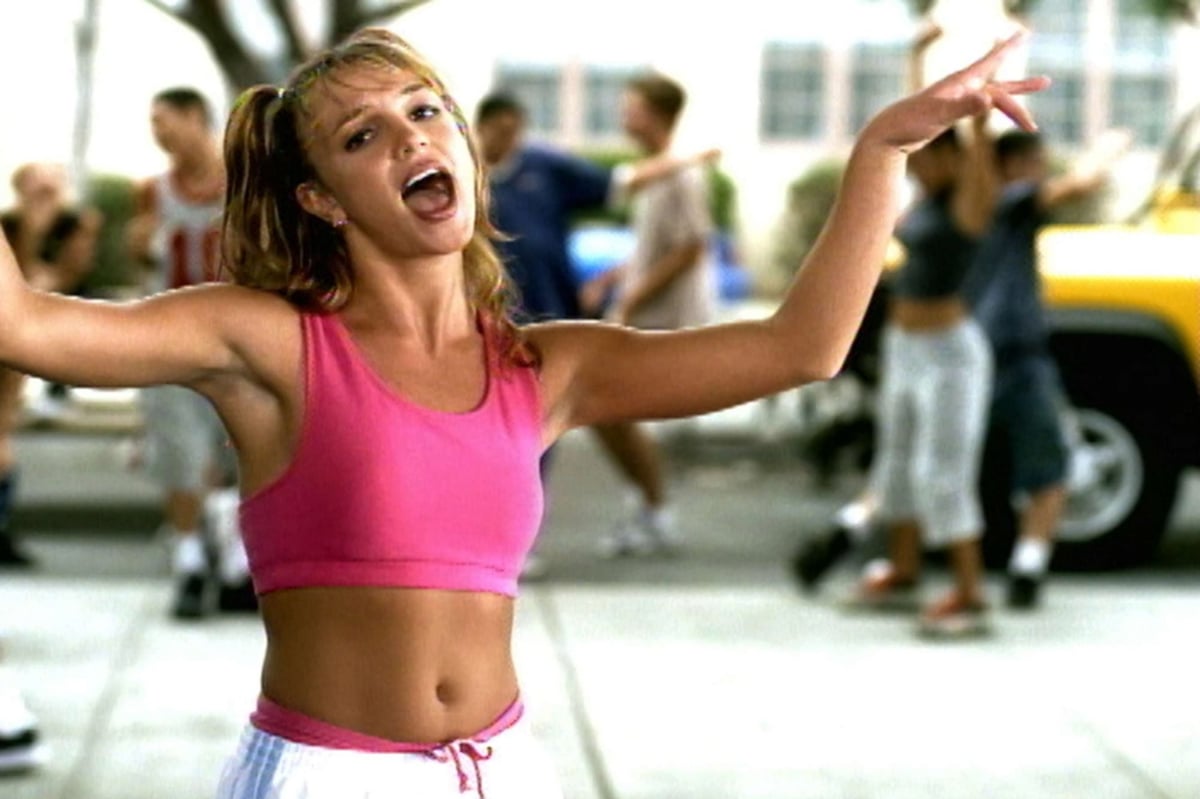 In her Instagram caption, Britney referenced that she had wanted to record a new rendition of the song for the past 14 years, which was about the same amount of time she spent living under a conservatorship.

"The team said no," Britney wrote.

Instead, she recalled the moment her younger sister Jamie Lynn Spears, as well as singers Kelsea Ballerini, Hailee Steinfeld, Sofia Carson, performed a medley of remixed Britney songs while she sat in the crowd at the 2017 Radio Disney Music Awards, which she attended as the Icon Award recipient.

She blamed her team and family for the humiliation she felt over that experience.

"The sound [of the remixed songs performed] was NEW!!! They ruined it for me, embarrassed me, and made me feel like absolutely nothing," Britney wrote.

"I share this because I am aware of my love and passion to sing," she continued. "And my own family made a fool of me... I'm not going to be a victim." 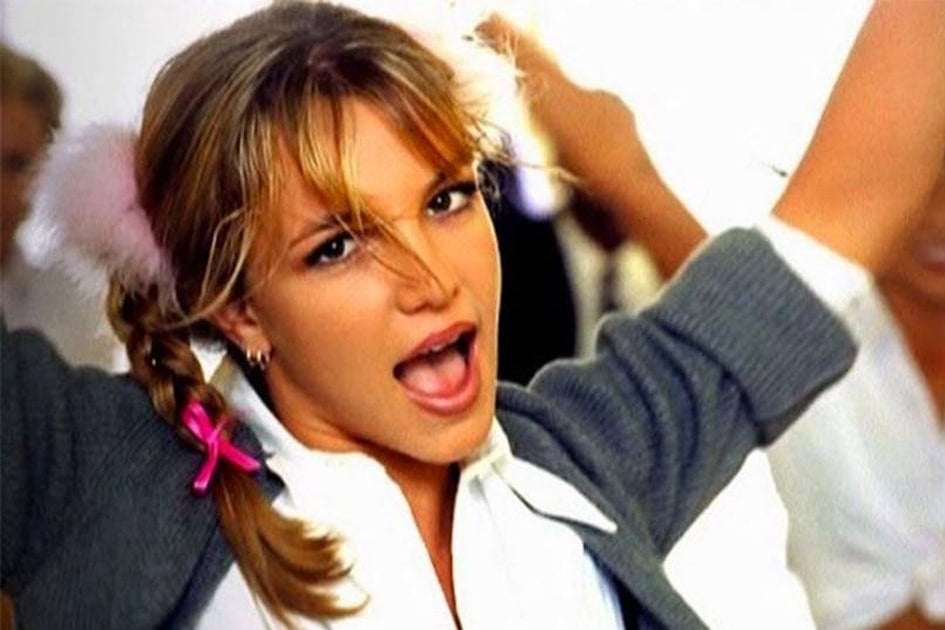 Britney's agency over her life and career was long taken for granted, even before it was completely taken away from her under her "abusive" 14-year conservatorship.

Having her voice heard again - in her 24-minute testimony in an open court - was one of the major keys to ending that arrangement.

Since being 'freed', she has been vocal on social media about the betrayals she faced during that time.

But we hadn't heard her use her voice to sing in a very long time.

That was until this '...Baby One More Time' version, which she changed up to feature a pointed message straight from Brit herself. ("Give me a f**king sign").

And considering the 24-year journey she's had alongside this pop classic, that feels like a full circle moment worth celebrating.

Chelsea McLaughlin is Mamamia's Senior Entertainment Writer. For more pop culture takes, recommendations and sarcasm, you can follow her on Instagram.