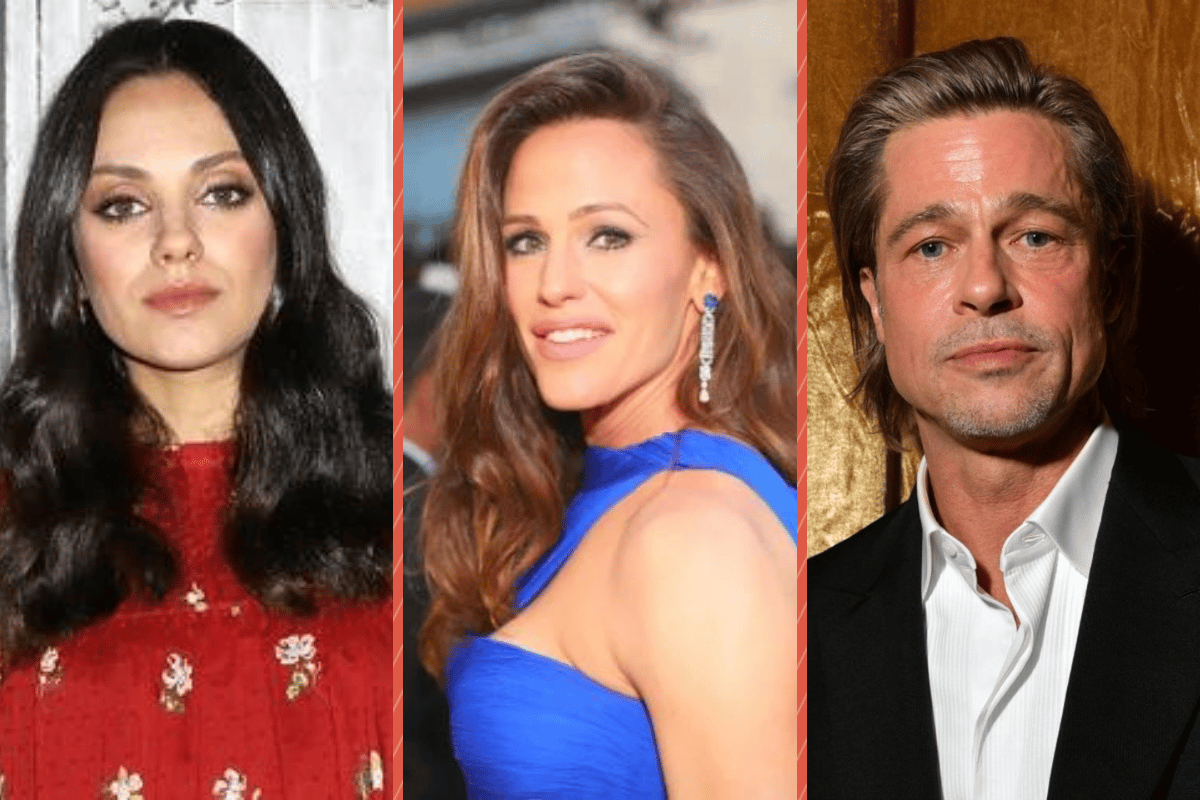 It's fulfilling, gratifying and incredible. It's also exhausting, time-consuming and sometimes downright suckish.

And while some of us choose to look up to celebrities, it seems they are in the exact same boat as us when it comes to raising their children.

What makes it a bit better is their blunders help to remind us that we are not alone in our trials as parents.

Here are 10 celebrities who were downright honest about their parenting fails, from Brad Pitt to Jennifer Garner. 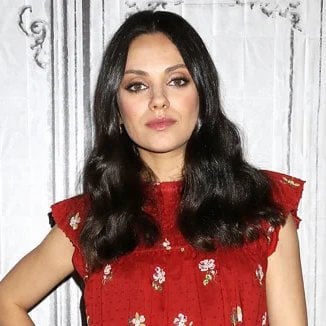 Kunis knows a thing or two about raising kids. She shares two daughters with husband Ashton Kutcher, and in a candid moment on Ellen's Mom Confessions YouTube series, she shared her biggest fail as a mum.

"There was a little kid in my kid's preschool that wasn't very kind and pushed my daughter," she explained. "My daughter came back, and she was like, 'Such and such little kiddo pushed me.' And I instinctually said, 'Did you push her back?' And my daughter's like, 'No!'"

Kunis then explained that she told her daughter to push the kid back, "and you say 'No thank you' and you walk away."

She admits she probably could have handled the situation better, in hindsight. 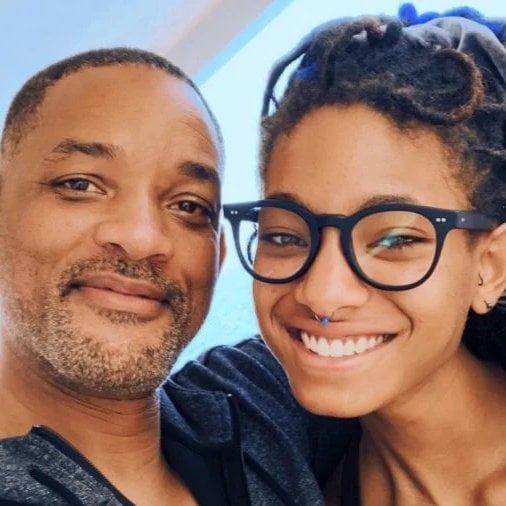 Will Smith, who shares two children with wife Jada Pinkett Smith, shared it may have have "gone too far" with the hands-off parenting approach.

While chatting on BBC Radio 1Xtra, he shared he consciously allowed his kids to have "a lot of freedom of expression".

"Yeah, I think it may have been a mistake," Smith went on to say with a laugh. "I think we may have gone too far."

When asked how he responds to people making fun of his children - most notably his son, Jaden - Smith said: "Jaden is 100 per cent fearless, he will do anything. So as a parent it’s scary, it’s really terrifying — but he is completely willing to live and die by his own artistic decisions and he just doesn’t concern himself with what people think."

In addition to their son Jaden, Smith and Pinkett have one daughter, Willow. Smith has another son, Trey, from a previous marriage.

In 2022, the rugby star and commentator was incredibly candid during his stint on I'm A Celebrity Australia.

The NRL star-turned-Amazing Race host admitted he regretted not being there more for his daughter, Willow.

"When people ask 'What do you look forward to most?', I just want to be there with my son or my daughter," he revealed.

"Because I've had times that I regret, like looking at when my daughter was real little where I was not present."

He shares two children with his wife, Kara.

Berry has had her own hiccups as a mother, and admitted in 2010 that she temporarily lost her then three-year-old daughter Nahla in a store while shopping.

"Talk about sweating. And you just freak out for about 30 seconds. I came undone. I think my head projected off my body," she explained on The Ellen DeGeneres Show.

"And then all of a sudden, I looked down at a price tag or something, and she toddled off for what seemed like two seconds. The next thing I know, I looked back around and it was like, Whosh! Gone! And I said, 'Nahla? Nahla? Nahla?' Gone."

She went on to say: "My heart just started... I'm like, 'Close the store! Shut the door! My daughter's gone!'

"She was right next to me - in a rounder of clothes where the pants were hanging. Right there. And after I became a lunatic and totally embarrassed myself, she stuck her head out and was like, 'Hi'." 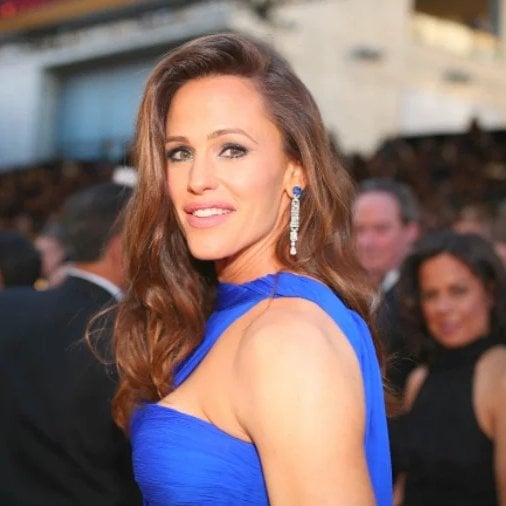 Garner admitted on The Late Late Show with James Corden that she had committed a major 'boo boo' while attempting to make a joke about her own child.

While sitting next to fellow actor Greg Kinnear, the pair revealed their children actually play sports together.

During the episode, Garner recalled the moment she accidentally hit "reply all" to an email chain Kinnear also happened to be on.

It what was an attempt to be a funny dig at her child to the sports coach, was ultimately an embarrassing moment for Garner when she sent a message to the whole team.

"So, we have kids who do the same activity," she recalled. "And I emailed the coach one weekend, kind of being funny about my kid and saying, ‘Well, this one seems to be getting a little womped this weekend. So, what does that mean for tomorrow morning because we have something planned? What does that mean typically?'"

"I replied to everyone on the team, to every parent, including you and Helen [Labdon]."

Kinnear added: "I do remember this. I remember thinking, 'Jennifer Garner is a raging lunatic.' Sweet enough, but I had no idea." 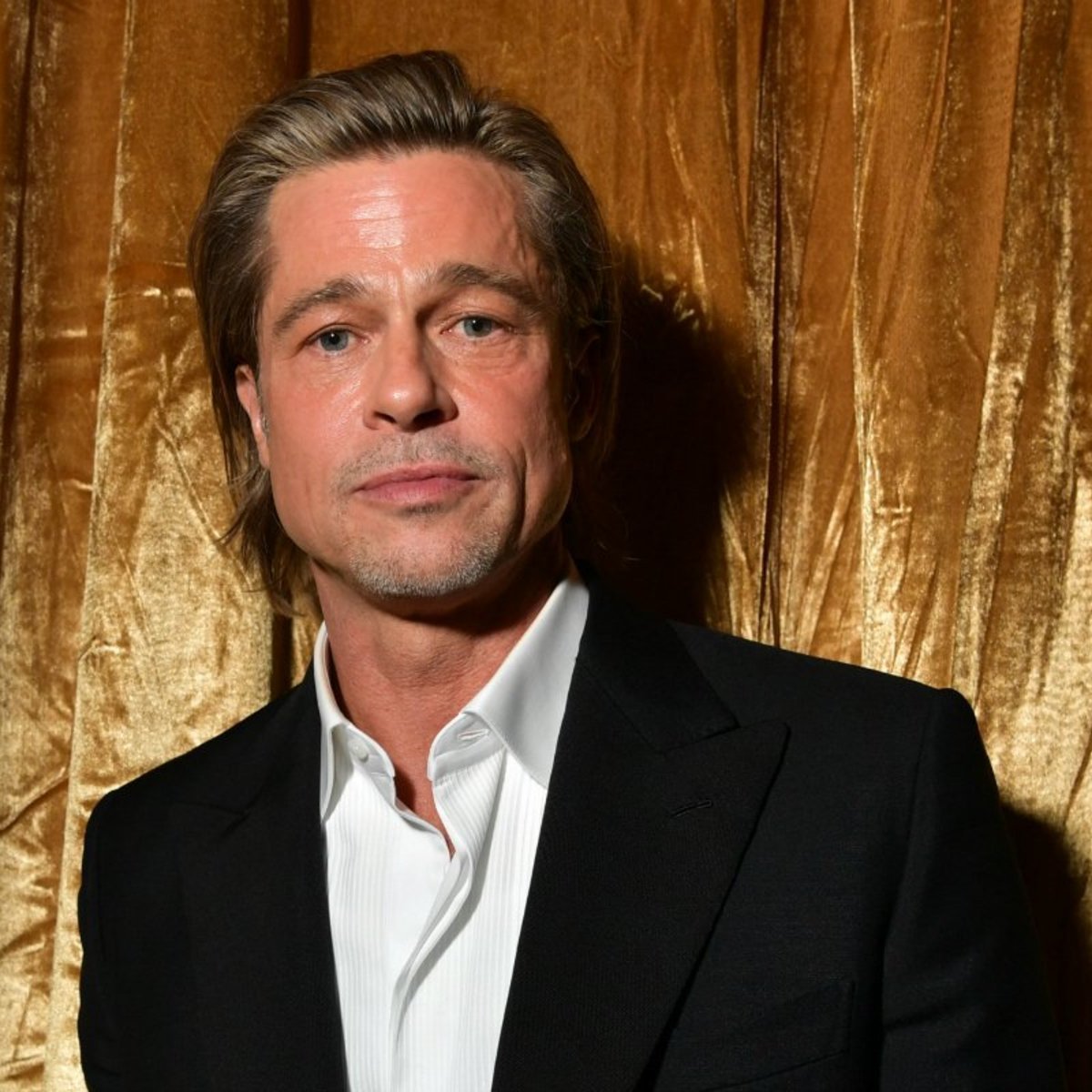 Pitt told CBS in 2012 he had a very odd trick for getting his six kids up and at 'em for the day.

Pitt and his ex-partner Angelina Jolie have had a contentious and very public divorce. They have been stuck in a sticky custody battle over the six kids they share: Maddox, 20, Pax, 18, Zahara, 17, Shiloh, 15 and 13-year-old twins, Vivienne and Knox.

In October 2021, it was reported Pitt's petition for joint custody over their children was revoked after being initially granted in May of that year. 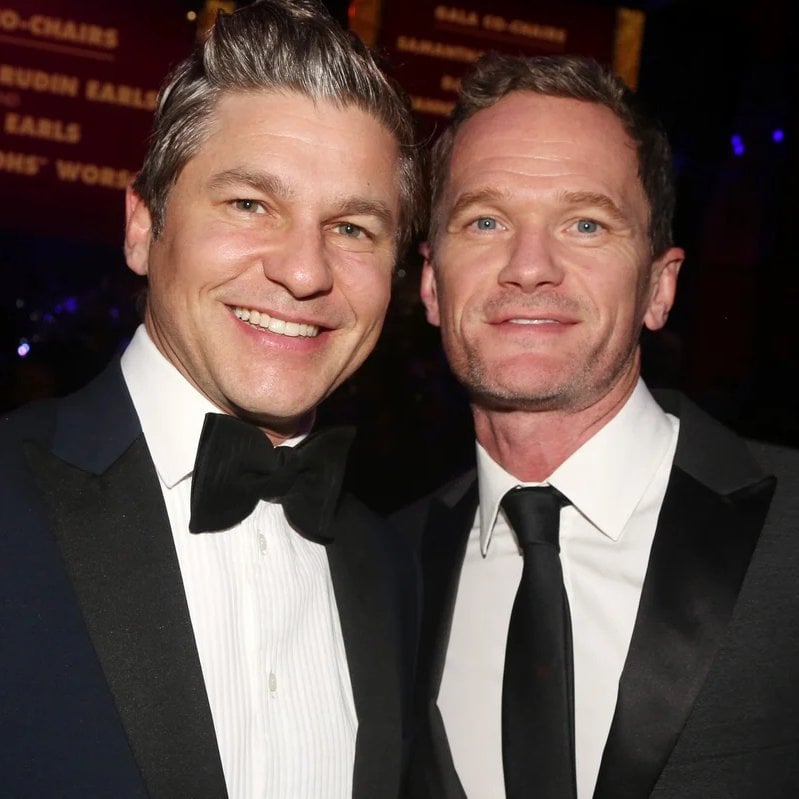 Neil Patrick Harris’ family holidays may seem like the sort of affairs that put your parenting to shame, but even his tremendous efforts can be thrown off course by the whims of a toddler. After spending Christmas Eve staying up until 2am building a wooden train set for his son, Gideon, he was upstaged by cleaning supplies, as his son decided a broom was a way better toy to play with come Christmas morning. 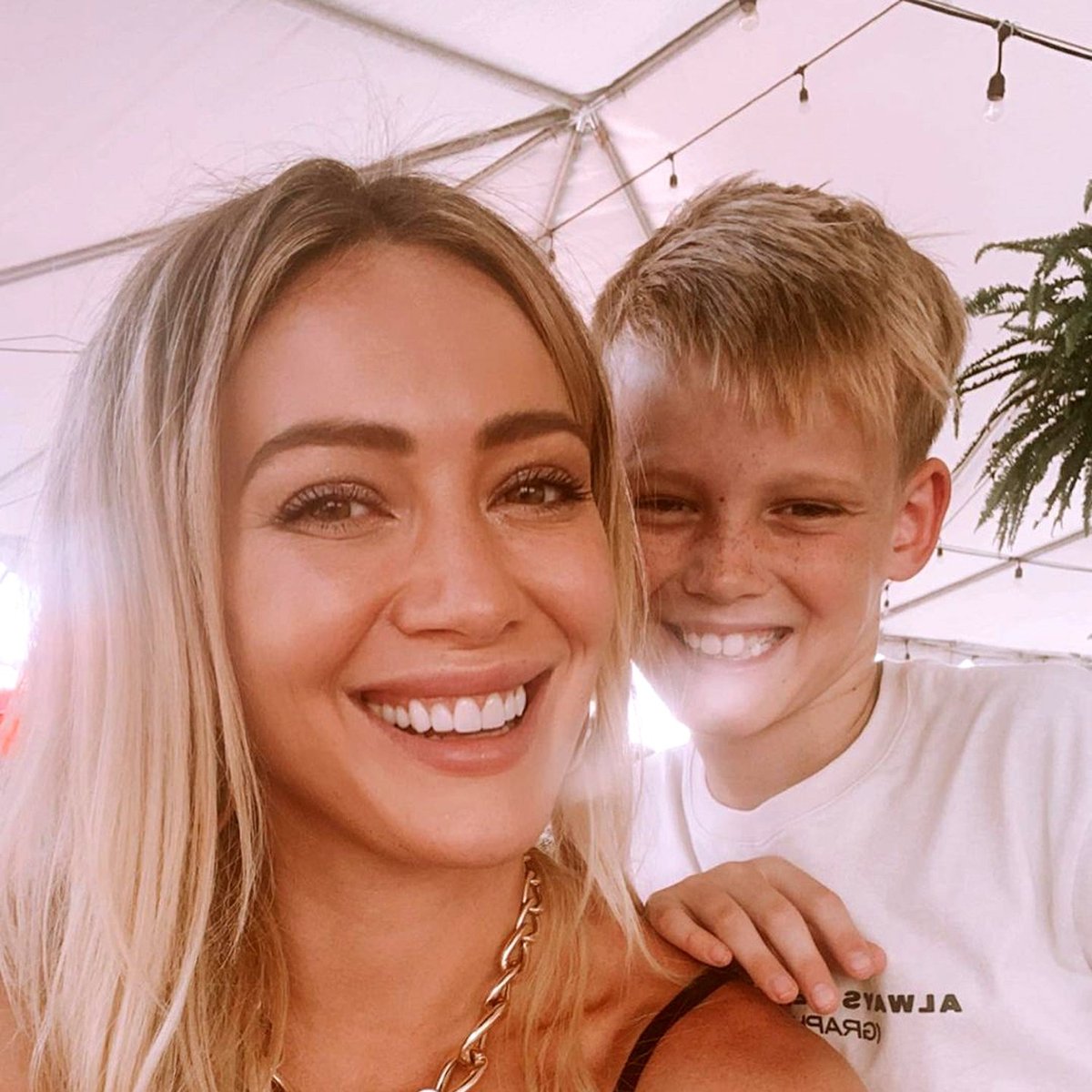 It's no secret shopping in itself can be a TASK. But adding a kid to the mix is a whole new ballgame.

That was the case for singer and actor Hilary Duff who revealed she'd made the unfortunate mistake of dragging one of her three children into the ornament section of an American Bloomingdales store.

"[It was my] worst idea of the day," Duff wrote on Twitter.

However, she admitted she accidentally let her daughter have quite the potty mouth, describing on The Ellen DeGeneres Show that her daughter Willow had become an "adorable little sailor". 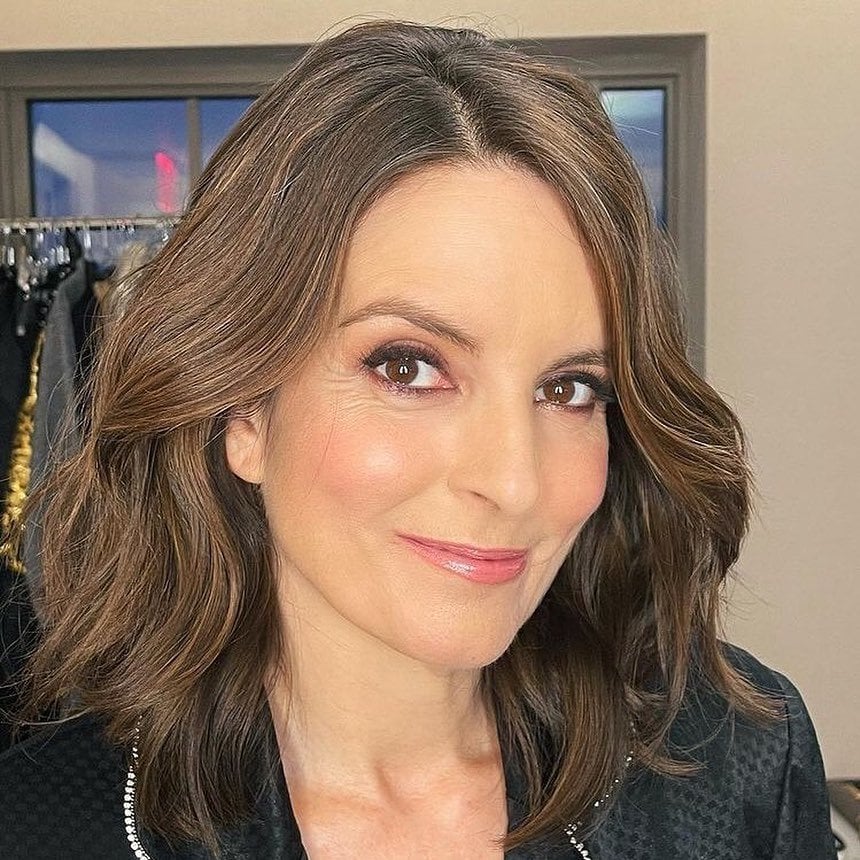 Actor Tina Fey makes us giggle like no other, and her unapologetic parenting stories rips right into hardest parts of parenthood.

Just like us, she is not immune to the hardships of being a mother.

Fey explained on The Tonight Show with Jimmy Fallon she decided to let her daughter crawl into bed with her toddler sibling... Only to hear her whispering seconds later: "Hello, beautiful eyes. Do you mind if I party with you?”

Want to have your voice heard? Plus have the chance to win $100? Take our survey now.