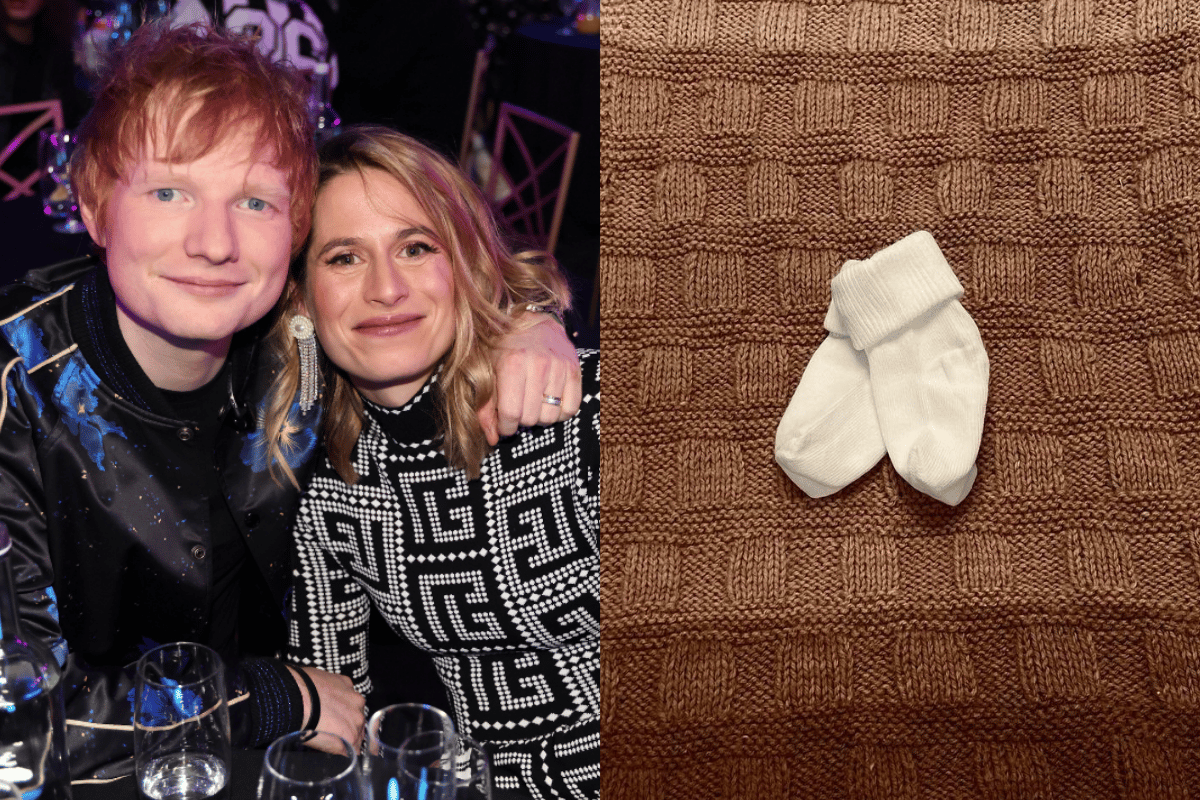 When singer/songwriter Ed Sheeran first met his wife Cherry Seaborn, he was smitten. And although the pair were only in their teens and still in high school, Sheeran says he thought he and Seaborn would be good for one another.

But it would take over a decade for the two to become an item.

And along the way, there were plenty of curveballs that came their way – including Sheeran's highly publicised 'gap year' in 2015 when he was no longer sure if he could handle a life in the spotlight and the downsides that came with it.

We unpack all we know about their relationship, including the role that Taylor Swift played in Sheeran and Seaborn's eventual marriage.

Video via The Late Late Show with James Corden.

Ed Sheeran grew up in Framlingham, Suffolk in the UK as a shy kid interested in all things music. After primary school, Sheeran went on to study at Thomas Mills High School in Framlingham, which furthered his music studies.

While at school, one of Sheeran's classmates was Cherry Seaborn. And it was during his high school years, that Sheeran developed a crush for Seaborn, but later said he never acted on it.

Once university came along, Seaborn decided to go to America to attend Duke University. With Seaborn out of the UK, it quashed any hope of the pair cementing a relationship.

The pair stayed in touch in their early adult years, but it wasn't until 2015 that they reunited. Of course, during this gap, Sheeran's fame had risen exponentially – he was a best-selling artist and had multiple hit songs to his name. Sheeran got in contact with Seaborn, and when the pair were both in America, they met up.

Speaking to US Weekly, Sheeran said: "When we came to New York, where she was living at the time, we hung out and reconnected. She's great."

And Sheeran has Taylor Swift to thank. Swift was set to host a party on Rhode Island and Sheeran was invited. He asked Swift if he could have a plus one – with Seaborn in mind – and Swift said yes.

"My relationship started on the fourth of July," Sheeran detailed during a joint interview for his and Swift's 'End Game' music video in 2018. "I was like, 'Taylor, can she turn up?' and you were like, 'Yep' and then here we are," he said.

From that encounter on, Seaborn and Sheeran were together romantically.

Sheeran said to Zane Lowe on Beats 1: "This has been the first time I've ever actually had the time to fall in love properly. I've always got into relationships very passionately. I'm a redhead and also Irish."

But in that same year, Sheeran was struggling to cope with the fame, spotlight and partying. In 2015, Sheeran announced he would be taking a break from the music industry, following an intervention from his loved ones.

"I didn't really notice it was happening. It just started gradually happening, and then some people took me to one side and were like, 'Calm yourself down'," he recalled on Britain's The Jonathan Ross Show.

"It's all fun to begin with, it all starts off as a party and then you're doing it on your own and it's not, so that was a wake-up call. I didn't really have any growing up time into getting famous. All the pitfalls that people read about, I just found myself slipping into all of them. Mostly, like, substance abuse."

Speaking about 'going off the rails', he said it was at this point that he decided to put all of his focus on his relationship with Seaborn, rather than his music career and the stresses associated with it.

"I've rekindled with a girl I went to high school with and we live together now and I think that was a real help grounding me," Sheeran said in 2017. "I was a 25-year-old in the music industry on tour so I just needed someone to balance me out."

He continued: "This has been the first time I've actually had the time to fall in love properly. So the catalyst of taking a year off was also the fact that my partner quit her job in New York – which she's now got back in London, which is kinda cool – but we were just basically like, 'let's both quit our jobs and have a year of forming a tight bond'."

Sheeran went on to say in the same interview that the pair had decided to spend that 'gap year' travelling, spending time together away from the spotlight, and Sheeran doing less partying.

"We spent every day for a year together. I've probably had three days apart from her in the last year but we're very, very strong," he said.

Then in 2016, Sheeran returned to music and song-writing. And his 2017 hit 'Perfect' was actually inspired by Seaborn. He said to US Weekly that 'Perfect' was the first song he wrote for the album.

Listen to the latest episode of The Spill, Mamamia's entertainment podcast. Post continues after audio.

"It was inspired by Cherry. The line that goes, 'Barefoot on the grass, listening to our favorite song' was about when we were in Ibiza listening to Future's 'March Madness', literally not wearing any shoes and going mental on the lawn, which was quite a nice time," he recalled. "I didn't see her first reaction to the song because she lived in New York at the time. So I just emailed it to her, but she did really like it."

One of their first public outings together was at the American Institute For Stuttering gala, where Seaborn accompanied Sheeran who was accepting an award. It was Seaborn's ability to socialise and remain down to earth in these instances that made Sheeran realise she was the one for him.

He said: "One of the main points of being in a relationship with me, you have to be really f**king sociable and good at talking to people because I will be dragged away loads at parties and events. And Cherry's perfect at it. She makes friends with everyone."

Then in January 2018, the couple announced they were engaged.

In an Instagram post, Sheeran wrote: "Got myself a fiancé just before New Year. We are very happy and in love, and our cats are chuffed as well xx."

By the Brit Awards the following month, Sheeran was seen wearing a wedding band, suggesting he and Seaborn had married.

The rumour that they were already married was essentially confirmed by Sheeran in August 2018. In an interview with Access, he was asked how the wedding planning was going, and Sheeran looked and pointed to the silver band on his wedding ring finger and said "I would never really do anything too public anyway" when asked how he managed to slide under the radar with a wedding.

It was then officially confirmed in 2019, when Sheeran referred to Seaborn as his "wife" in his song 'Remember the Name'.

By August 2020, it was reported that Seaborn was pregnant with their first child.

And a few weeks later, the couple announced the birth of their "beautiful and healthy daughter" named Lyra Antarctica Seaborn Sheeran. "We are completely in love with her," Sheeran wrote on Instagram. "Both mum and baby are doing amazing and we are on cloud nine over here."

The couple later welcomed their second child, a girl, in May 2021.

"Want to let you all know we’ve had another beautiful baby girl," Sheeran shared on Instagram.

"We are both so in love with her, and over the moon to be a family of four."

Reflecting on fatherhood, Sheeran said he loves being a dad, saying "it is the best thing that's ever happened to me".

He said: "There are so many different sides and shades to it. There are difficult days. There are amazing, easy days. It's just a roller-coaster of emotions. I know that sounds like a cliché thing to say, but it's amazing. I love it. Usually, if I was in the studio, I would just kind of work until it was done. Whereas now I was like, 'I'm going to be there at 9:00 am and I'm going to leave at 5:00 pm'. Cause I feel like with a kid, you need a structured workday."

He then said fatherhood has also bettered his relationship with Seaborn. 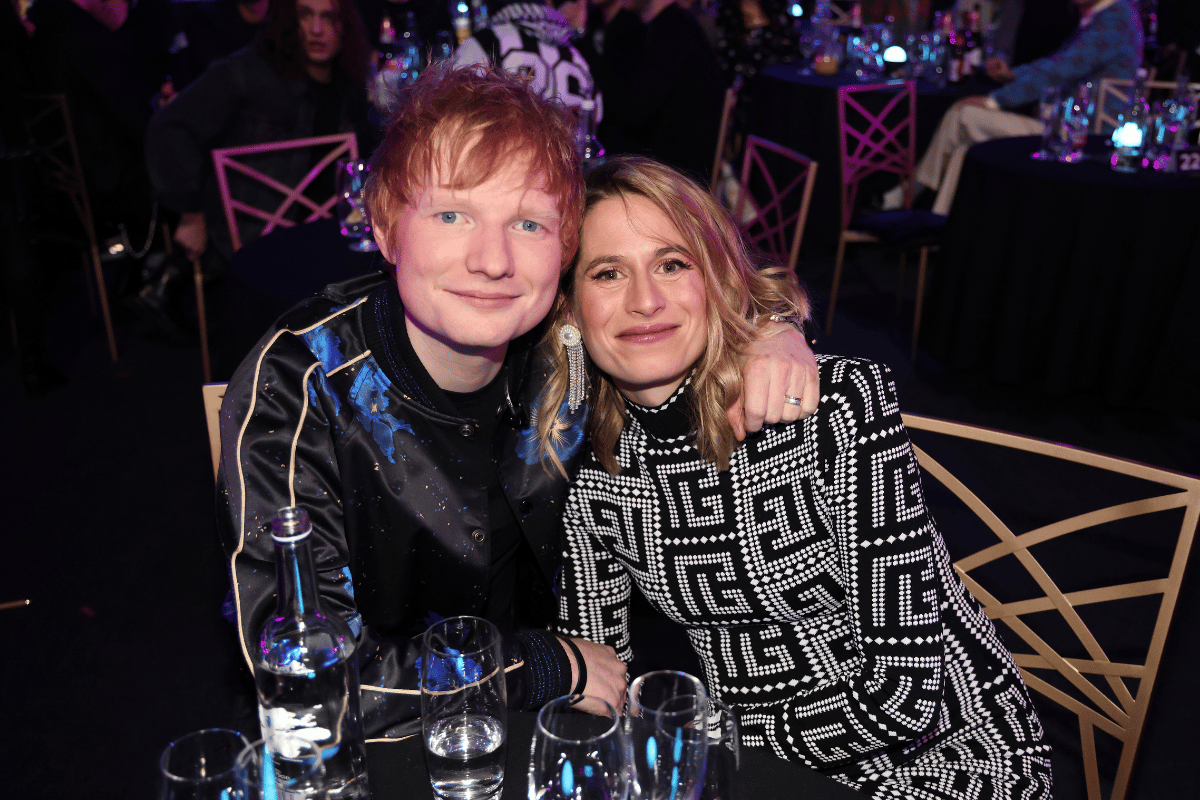 "It was amazing before, but now it's just like there's this eternal gratefulness and respect," he shared. "She works a very high-level job where she's the top of her field. She plays in a female hockey team [and] we hang out with them all the time. It's very much like women empowerment," Sheeran said on the Dutch Man Man Man podcast.

"I constantly wake up every day and look at Cherry and think, 'Why the f**k are you with me?'. She could be with anyone she wants, but she has chosen me."

Reply
Upvote
You missed a few big things like his best friend Lauren whom he took on his last tour being the one to make plans with Cherry when they were in New York and asking if Ed wanted to tag along and Ed wondering if it was a good idea because the last time they saw each other they had hooked up and it didn't go very well. But he agreed to go and they started hanging out again. After that they happened to be in the same area for 4th of July and Ed was messaging her at the party and found out and asked her if she wanted to come after asking Taylor if he could. He asked her out then. Before Cherry was Alice, his four year relationship that Overpass Graffiti is about. He wrote about it after he avoided her for many years and decided to finally be where she was. The bartender started playing all his old love songs for her which made it super awkward. They now all hang out together because they were all friends in school.
News
General
Opinion
True Crime
Politics
Sport
Explainer
Entertainment
Celebrity
Reality TV
Movies
TV
Books
Rogue
Royal
Lifestyle
Beauty
Fashion
Weddings
Home
Wellness
Health
Fitness
Travel
Food
Family
Before The Bump
Pregnancy
Baby
Kids
Teens
School
Parent Opinion
Work & Money
Money
Finance
Career
Lady Startup
Relationships
Sex
Dating
Separation
Friendship
Family
Real Life
Couples