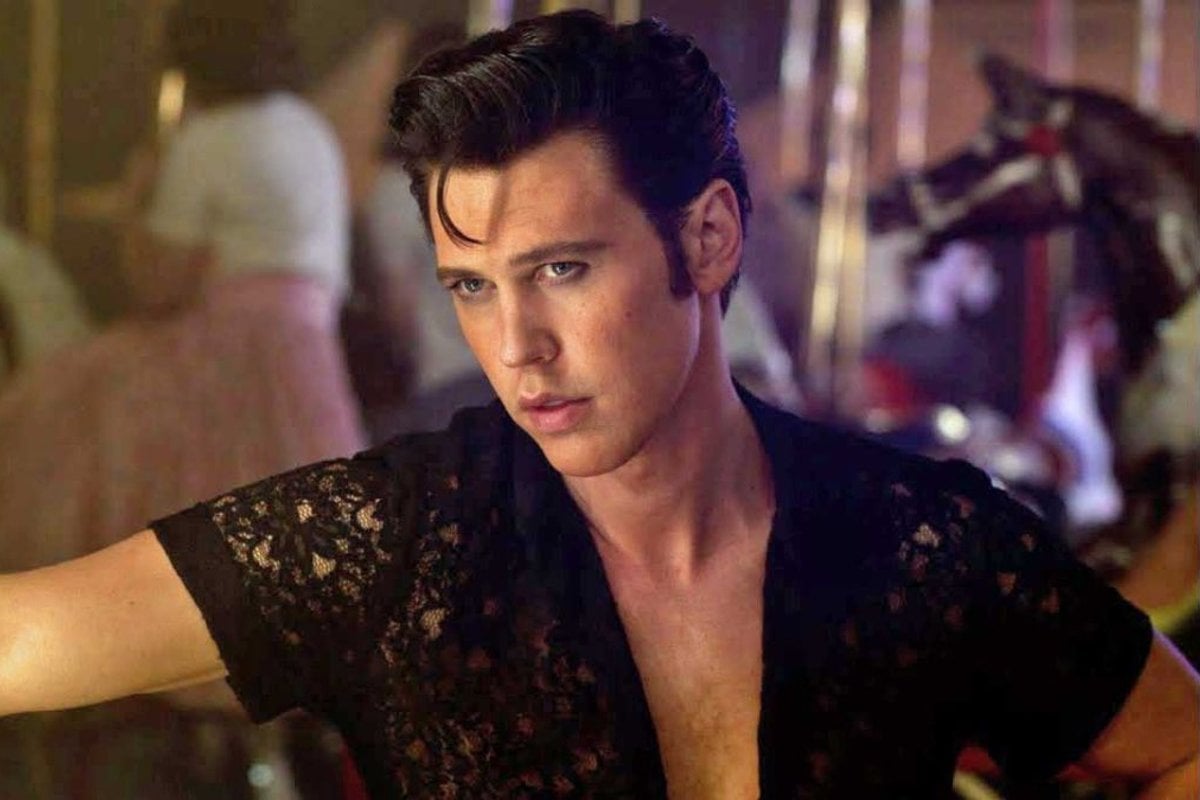 If you walk into Baz Luhrmann's Elvis expecting a thoughtful biopic about The King of Rock and Roll, you'll be left sorely disappointed.

What you will be delivered is a movie designed to take threads from musical history and weave them together in a never-ending sensory overload, an experience that feels equal parts suffocating yet extremely compelling.

But if you're a fan of Baz's back catalogue, from the sublime Strictly Ballroom and Romeo + Juliet to the less well-received Australia and The Great Gatsby, it will come as no surprise to you that Elvis is an explosion of colour, lights and scenes changes that are reminiscent of Alice in Wonderland on acid.

Instead of tracing the star's life and career directly from his teenage years in Memphis to his explosion onto the music scene, his Hollywood years, and his turbulent love life, Elvis only gives chaotic glances into his world.

A large portion of the film is devoted to the tale of his scheming long-time manager “Colonel” Tom Parker.

The Colonel is portrayed as the film's unreliable narrator, a con-man who latches onto a young Elvis on the brink of his career and then works him into the ground over decades in order to pay off his own debts. A man who also feverishly maintains, as we learn from the hospital bed scenes at the end of his life, that he is not responsible for the tragedy that Elvi's life turned out to be.

Framing so much of Elvis around the plot of The Colonel is an impressive gamble, but one that doesn't pay off when you see the final cut. What could have been a darkly interesting insight into the man who destroyed The King peters off into a cartoonish villain, an eye-rolling fat suit lumped upon Tom Hanks in one of the most forgettable roles of his career. 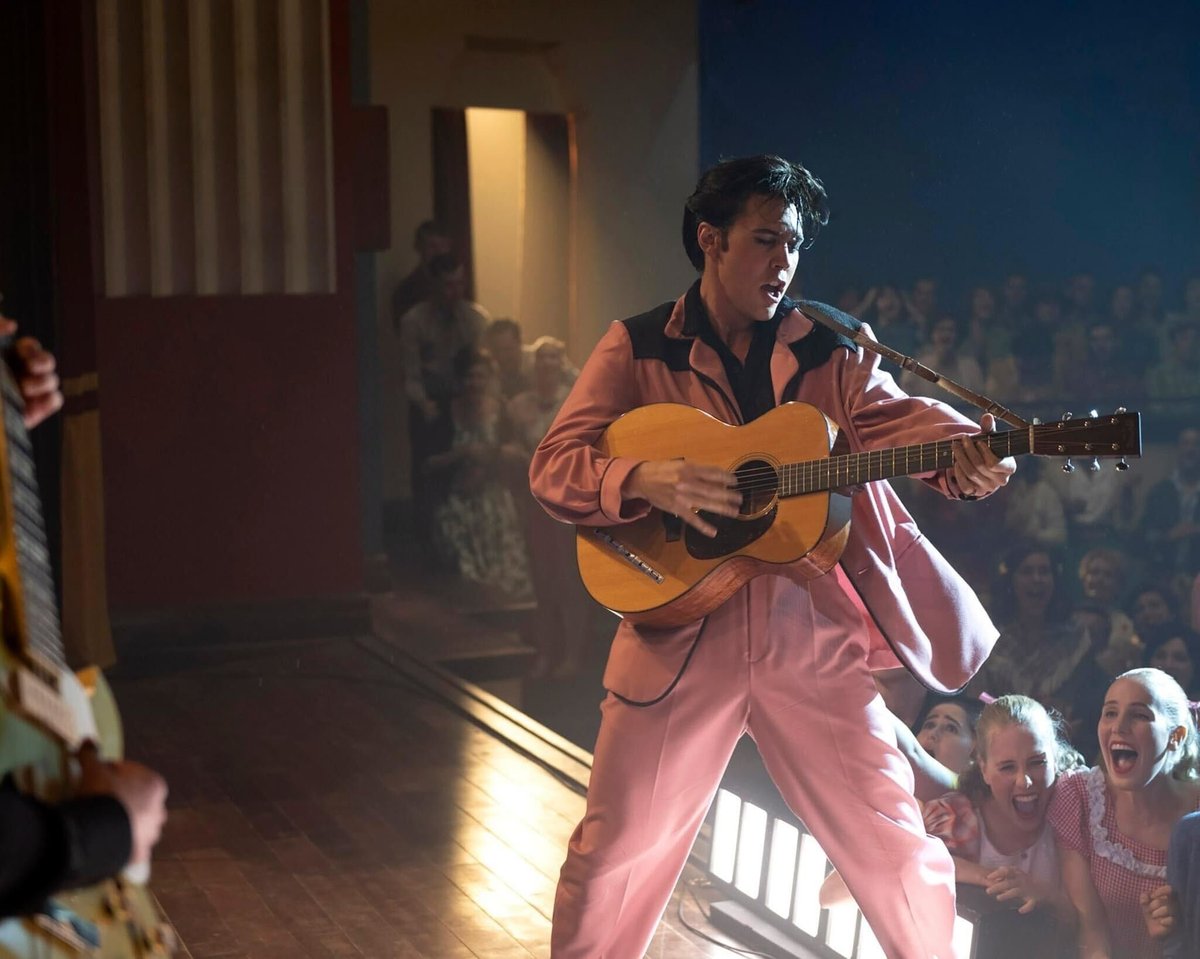 Right now, the critics of TikTok are having a field day with the actor chosen to bring Elvis Presley to life, on account of the fact that Austin Butler appears unable to shake the voice and mannerisms he honed in order to embody the singer – meaning much of his extensive press tours feel like eyebrow-raising performance art.

During the Sydney premiere of Elvis, before he invited the 30-year-old actor to join him on stage, Baz Luhrmann said he had refused to make the movie unless he found an actor who truly embodied The King, and former Disney star Butler is the only performer who fit the bill.

Instead of a roguish sex symbol, Austin Butler's Elvis plays more like a lost child. Yet it's not a bad performance – just one that fully commits to the pain behind the person as he leans into the worst moments of Elvis' life.

From the raw trauma of losing his mother to his lowest career point and his all-consuming addiction issues, this version of Elvis is less about charisma and more about a man who was never in control of his own life.

So many scenes in the movie are devoted to close-up shots of Butler's face as Elvis pants, blusters and struggles to breathe, especially as his body deteriorates, and so it can feel like an oddly suffocating film to sit through.

Strangely enough, the strongest scenes in the movie are not steered by the legendary Tom Hanks, but rather by Australian actress Olivia DeJonge, who plays Elvis' wife, Priscilla Presley.

While the movie glosses over the problematical aspects of their relationship, namely the fact they first meet when Elvis was 24 and Priscilla was just 14, their love story truly anchors the film. The most tragic but truthful moments of the movie occur in the scenes where Priscilla knows Elvis is headed for death, but can do nothing to help him.

What Baz Luhrmann's Elvis has really done is redefine the need for a true biopic about the performer's life, one that centres on the man he truly is and takes an unflinching look at the industry that spat him out.

But if you're a fan of Baz Luhrmann's signature cinematic style, then you'll be impressed by the look and feel of the film, and dazzled by the costumes courtesy of Oscar winner Catherine Martin.

If you're an Elvis fanatic, you'll undoubtedly be left feeling that the film barely scratched the surface of who he really was, but maybe you'll also take heart knowing Priscilla Presley herself called the movie "perfection" and only wishes Elvis could have lived to see it.

And that has to count for something.

Elvis is in cinemas now, it is rated M.

Laura Brodnik is Mamamia's Entertainment Editor and host of The Spill podcast, you can follow her on Instagram here.

Reply
Upvote
I am no big fan of Baz but just saw Elvis and loved it. Austin was incredible in the role and really captured Elvis’ charisma and vulnerability and the style of the film encapsulated his showmanship. Gained a much better understanding of Elvis and the challenges he had. Really didn’t expect to love it as much as I did.
H
helga guillen 2 days ago