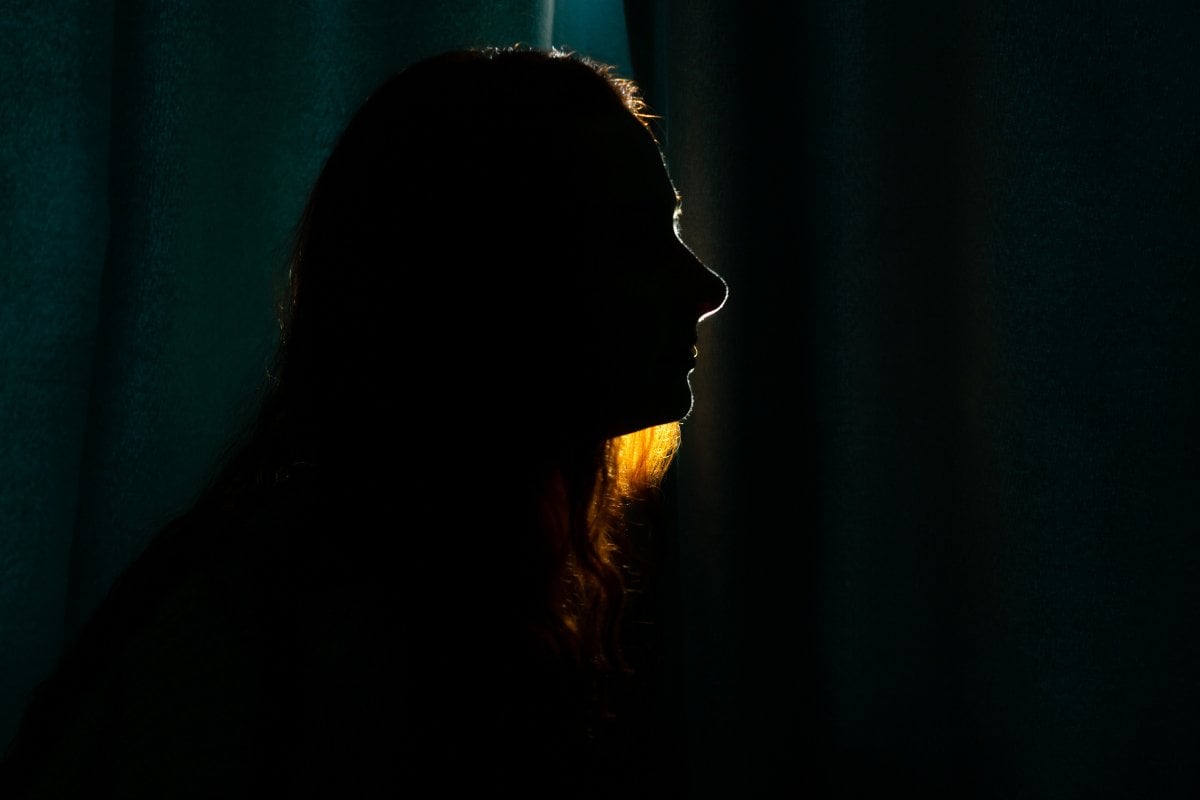 This post deals with domestic abuse and could be triggering for some readers.

This weekend, four years since my abusive ex-husband and I separated, I attended an event he was also at. The host, an old friend of mine, hadn't thought to tell me he'd be there. I had no opportunity to decline the invitation or to prepare myself mentally for the encounter.

Watch: Coercive control is a deliberate pattern of abuse. Post continues below.

When I saw him, I left immediately because my heart started pumping so hard I thought I was having a heart attack and felt like I was going to pass out. After some time sitting in the car talking to my boyfriend and bestie on the phone, I went back in for an hour just to show myself I could.

Reflecting on all that later, here's what I learned:

After my ex-husband and I separated, a counsellor helped me to understand what had been happening to me. When she first referred to it as 'emotional abuse', I was shocked. After a while, I spoke about it but some friends didn't believe me. They couldn't accept my ex as the person I was describing and found it easier to nullify and deny my lived experience.

When a victim of emotional abuse finally musters the courage to speak out about what's happened to them, please do that person the honour of believing them. That is the moment people move from being a victim to a survivor. Choosing not to believe victims of abuse is a form of wilful blindness, defined as intentionally choosing to keep yourself unaware of the facts or not acknowledging what you know as truth. I now know my experience isn't uncommon, but it felt like betrayal and hurt like hell.

After that weekend, I wanted to write about that form of wilful blindness, because it's just so important that people believe survivors of emotional abuse.

Emotional abuse is a pervasive and cruel form of psychological abuse. It's often covert and administered in small, cunning ways over time. The impact is gradual, not 'black-eye obvious'; but destructive, nonetheless. This was my experience in case it helps others recognise what is going on:

I know now that a lot of this comes under the umbrella of gaslighting, which typically happens in an emotionally abusive relationship. Over time, the abuse habitualises and victims can get confused, anxious, isolated and depressed. The signs of being gaslit include:

Listen to The Quicky and find out why people do it and is there a way to fight back against being a victim of a gaslighter? Post continues after podcast.

Adding salt to the wound

For abuse survivors, it's super scary talking about the experience. Taking that vulnerability and putting it out there is so hard for people who've already been weakened. So, what's it like for survivors not to be believed once they've mustered the courage to speak out?

It adds salt to an already very open wound.

Wilful blindness normalises emotional abuse. Saying things like this does not help:

Not taking the victim's side in the name of 'fairness' feels to a victim exactly like taking sides. Even choosing to remain in contact with the perpetrator after the abuse has been revealed, sends a very strong message that;

Remember, it's one thing not to take sides and another thing entirely to condone abusive behaviour. Your action will trigger the most isolating pain in the victim – you've effectively nullified their feelings.

There are many reasons people filter out what they don't want to believe.

When someone reveals their emotional abuse

One in four Australian women have experienced emotional abuse by a current or former partner. I wrote this to ask you to hear better and be ready to support a friend who comes out to you about abuse. With one hundred thousand other people, mostly women, I marched for justice for abuse survivors in 2021 because I want my fellow Australians to believe survivors.

The author of this story is known to Mamamia but has chosen to remain anonymous for privacy reasons.

If this has raised any issues for you, or if you just feel like you need to speak to someone, please call 1800 RESPECT (1800 737 732) – the national sexual assault, domestic and family violence counselling service.