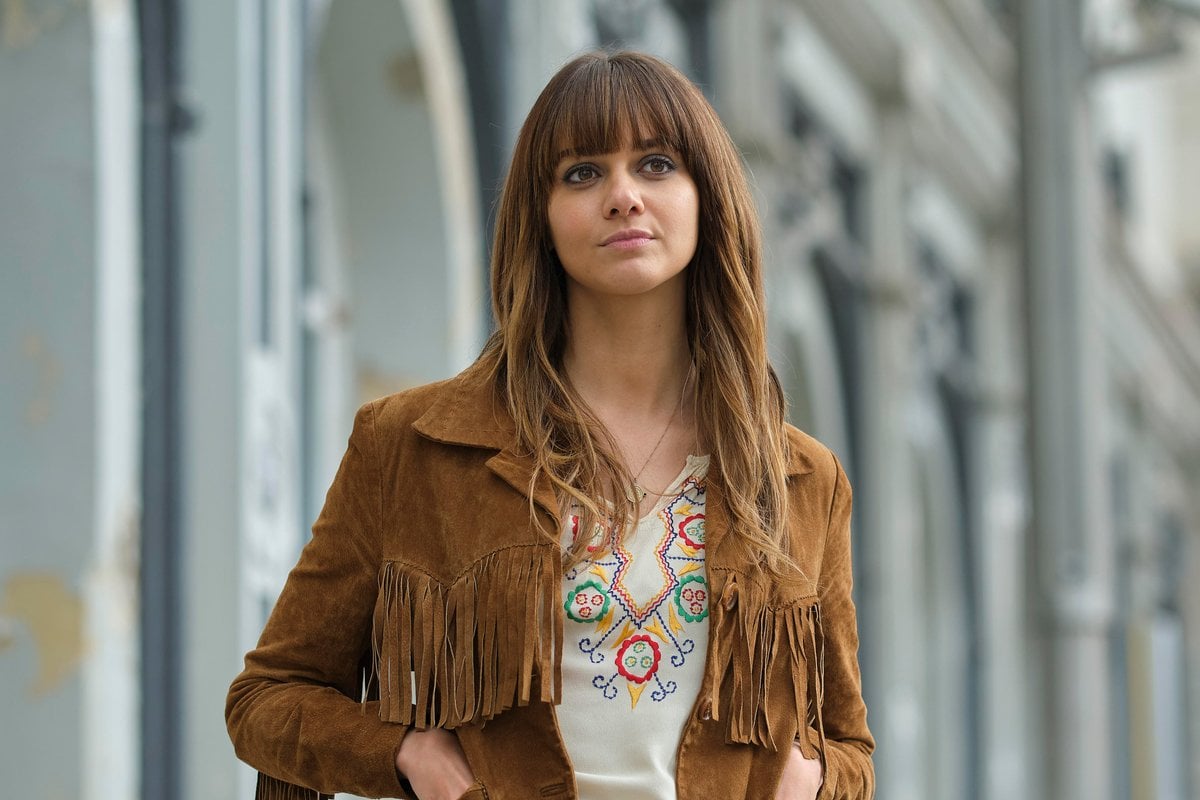 There's a moment in your early 20s where your best friends are your entire universe.

Your life is made up of boozy nights out, personal jokes, and deep and meaningful conversations in the middle of the night, followed by a greasy kebab.

Those years are filled with road trips and share houses and making memories you swear you'll never forget.

You tell your best friends everything and you can't imagine a world without them.

They're the loves of your life and also the people who can break your heart the hardest.

Watch the trailer for Stan's Everything I Know About Love. Post continues below.

Author Dolly Alderton perfectly captured that moment in her bestselling 2018 memoir, Everything I Know About Love, and now that memoir is a brand new series now streaming on Stan.

From the producers of Bridget Jones' Diary and Love Actually, written and created by Dolly Alderton, and directed by China Moo-Young, the series is a tribute to the messy, beautiful friendships that shape us.

Like the book, Everything I Know About Love follows the lives of four best friends living in a share house in Camden, London, in 2012.

The four best friends have just moved to London, and into their first share house, when Maggie meets a guy named Street (Connor Finch). When Street introduces Birdy to his flatmate Nathan (Ryan Bown), events take an unexpected turn for the group of female friends. 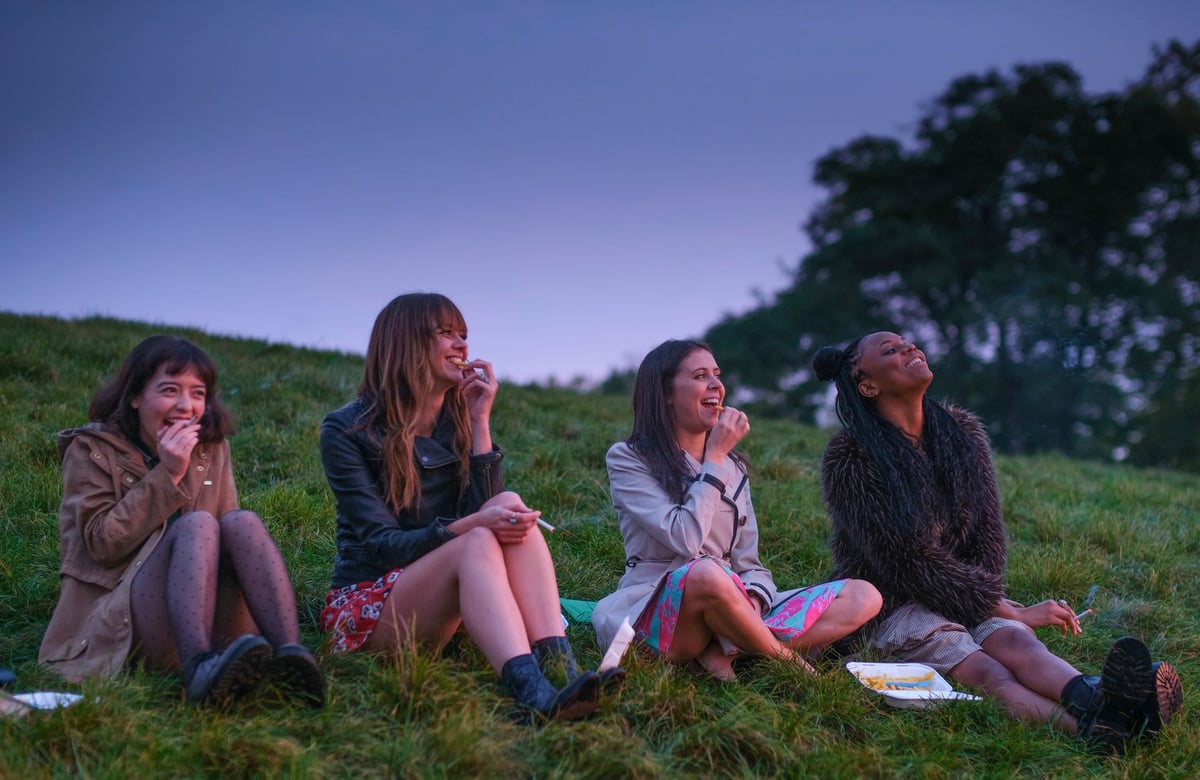 Like Stan's other groundbreaking TV series Younger and The Bold Type, Everything I Know About Love shines a spotlight on female friendships and how our girl gangs get us through the highs and the lows of our 20s.

It also asks: can platonic love outlast the trials and tribulations of growing up?

Speaking about the series to Time Out, Alderton described it as a "romantic comedy about female friendship".

"It’s the story of two best female friends who move to London with two other best friends in a house share in 2012. It’s a romantic comedy about female friendship, a coming-of-age story and a raucous girl gang show," she told the publication.

The bestselling author also told Time Out that Maggie is a "heightened version" of her and that a lot of the book makes it into the series.

"Maggie is different from me – she’s a very heightened version of me. But there is a scene where she does drunk, naked dancing on her own after a night out; she looks so strange that my friends joked I must have done a dancing masterclass for her. My stage directions were what I’ve always thought when I catch myself dancing in the mirror: 'She dances like a drunken jellyfish'," she explained.

Speaking ELLE UK, Appleton said that meeting Alderton helped her "getting to grips with the role".

"I thought Nancy [the character she plays in Pistol] was going to be more difficult, because on paper she’s so different to me. But it turns out, Maggie was much harder as we’re so similar. She’s in her mid-twenties navigating life, love and what her place is in the world. I think we can all say, 'Yeah, I’ve been that person',' she said.

The series is also incredibly nostalgic. It'll remind you of your own life in the early noughties and 2010s. 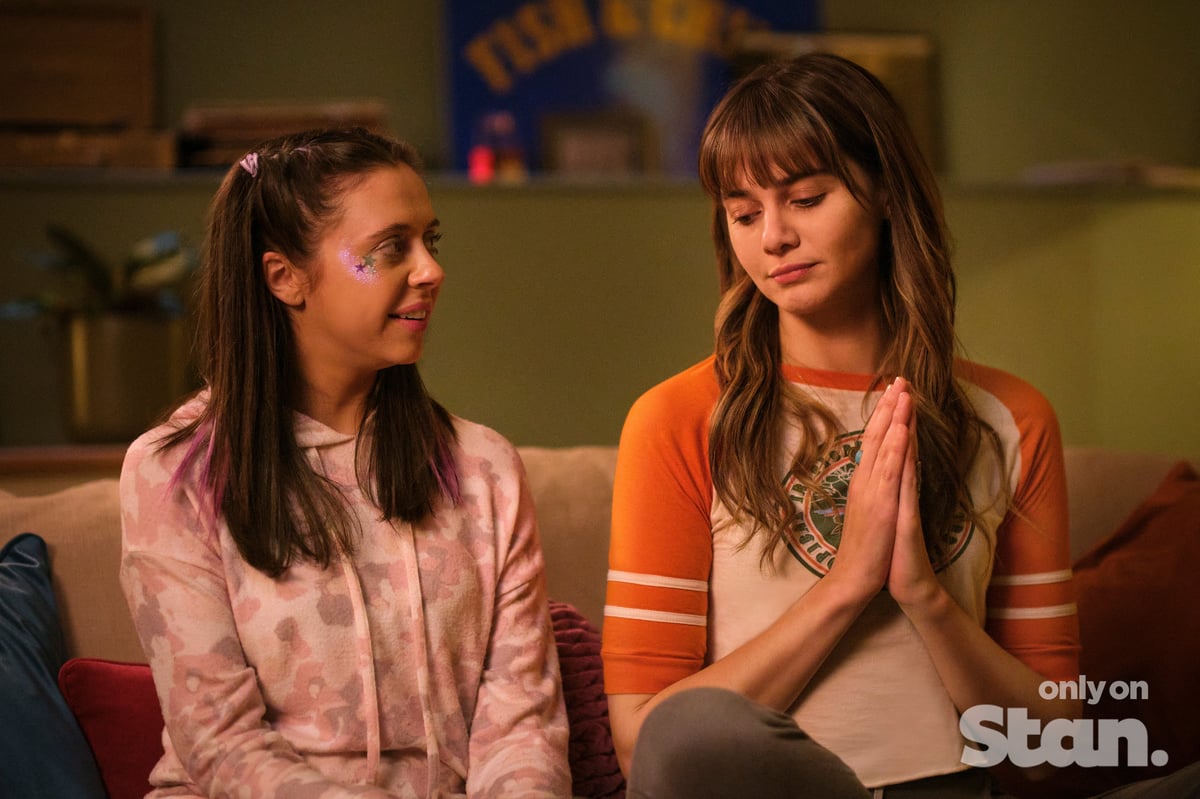 "I’m in outfits that I was wearing when I was 17 or 18. The Topshop hoodies, tights under denim shorts – I was like, 'This is a bit too perfect.' It was the most nostalgic time I’ve ever had," Appleton told ELLE.

The seven-episode series is a celebration of female friendships, coming-of-age in the most unexpected ways, and falling in love with all the wrong people.

It'll make you nostalgic for that messy, fun period of your life and make you want to pick up the phone and call your best mate.

Everything I Know About Love is funny, heartwarming and always surprising.

Every episode of Everything I Know About Love is streaming now on Stan.