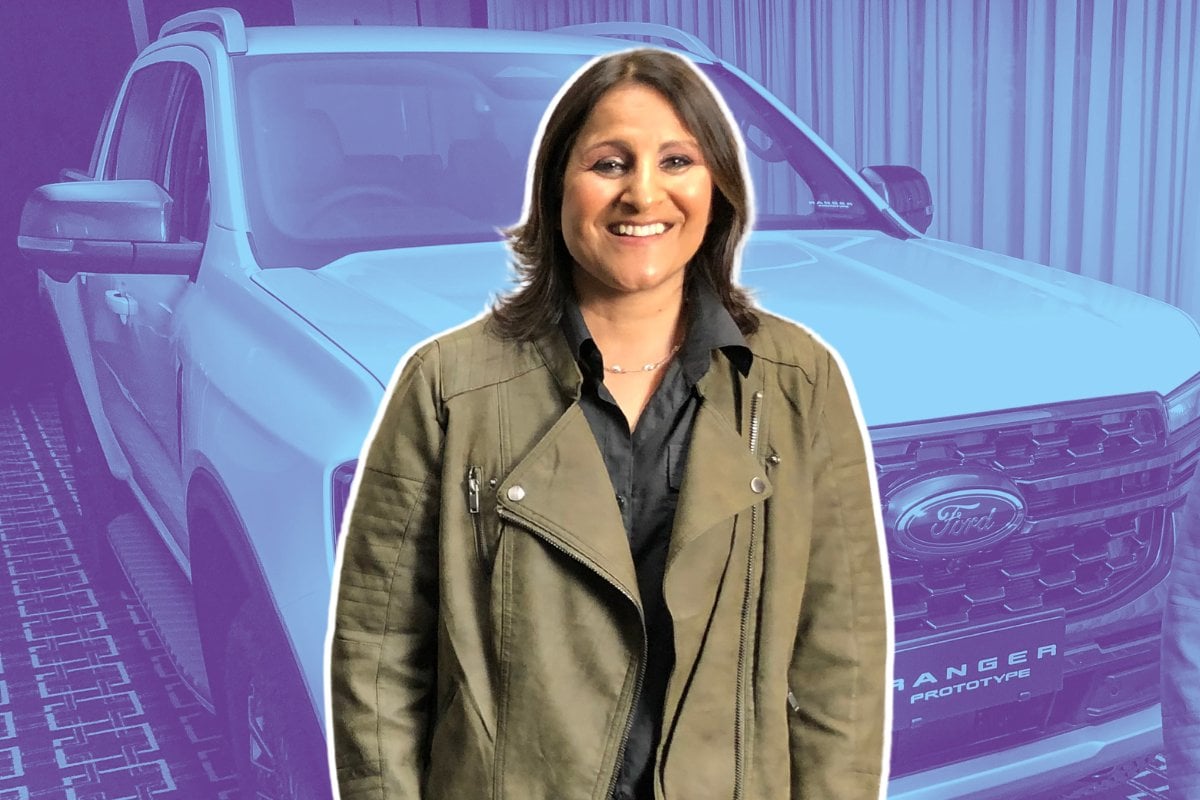 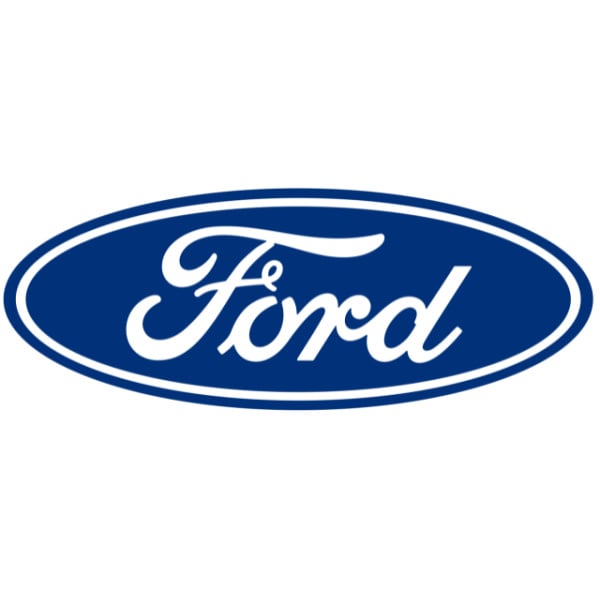 Thanks to our brand partner, FORD

Pritika Maharaj has been working in the automotive industry for nearly 30 years.

Being at the top of her game – in a predominantly male industry – Pritika has a few questions she constantly gets asked. Especially when people find out she's been working for one of the world's biggest brands, Ford, for the nearly 30 years.

Here's exactly what she told us.

So, what do you actually do?

“I do a lot of problem-solving” is the most concise and simple way Pritika answers this question when asked.

“I lead teams, working through timing and technical challenges, and delivering projects.”

Pritika's official title is T6 Global Program Manager, and she shared that she's excited about the latest project she has been working on: Ford’s Next-Gen Ranger.

It's the first new Ranger in 10 years, with the company having collaborated with customers around the globe to create a vehicle and ownership experience that next-gen Ranger owners can rely on for their business, family lives and adventure. Maharaj said in prioritising their deep understanding of what truck customers want in all design stages, it's ensured the Next-Gen Ranger is their best yet.

“Getting the opportunity to talk to our customers and dealers directly, learning about what is important to them. It makes it real, and it makes it fun.”

What’s it actually like to work for one of the world’s biggest brands?

Pritika reveals that some of the exciting prospects of working for a big brand and global company like Ford is the opportunity to travel the world talking to customers and dealers.

“It’s both exciting and challenging. A company like Ford, you get to work in so many different areas you don’t get too comfortable in a role,” she says.

“I’ve been able to work in design engineering, test engineering, development, forward model quality, where we look at customer priorities and see how we can incorporate different features to meet customer expectations.” Like when creating the Next-Gen Ranger, it has been designed to be tough on the outside, modern and welcoming on the inside with the ability to customise to suit any lifestyle.

“All that diversity is fantastic, but also challenging in that you have to be adaptable and go through that steep learning curve in the tough times.” 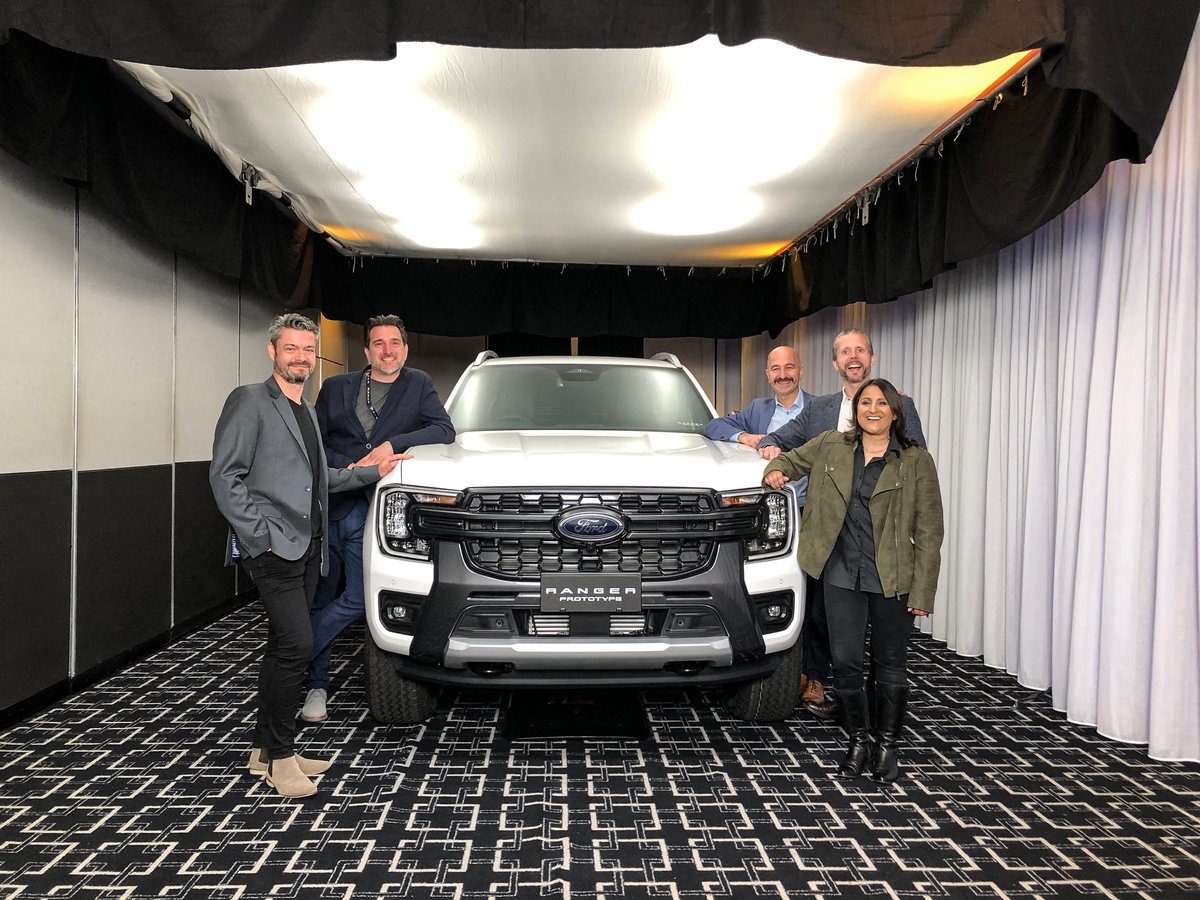 How exactly do you keep work-life balance?

“It’s important to me to make sure I can be the best mum I can be.” Pritika’s role at Ford, she told Mamamia, is busy – and in a pre-pandemic world involved a lot of travel.

“I’m lucky I have a very supportive partner who chose to be a stay-at-home dad. We love all going camping and on adventures together. My partner is a triathlete himself, too.

“Most importantly though in keeping balance, is not losing sight of perspective, which can be equally applied to work and home.

“It’s really about managing your time, and while it can be tricky, it’s being organised, delegating and having trust in your team.”

One ritual Pritika has continued with her now 13-year-old son, is to write him a letter or card for him to open every day she is away travelling for work. “I would include some stickers or colouring when he was younger, then spelling or maths problems and have it delivered every day.

“Whether at work or at home I try to find that balance, it can be difficult it can be challenging, you need to get creative.”

What is the coolest part about your job? 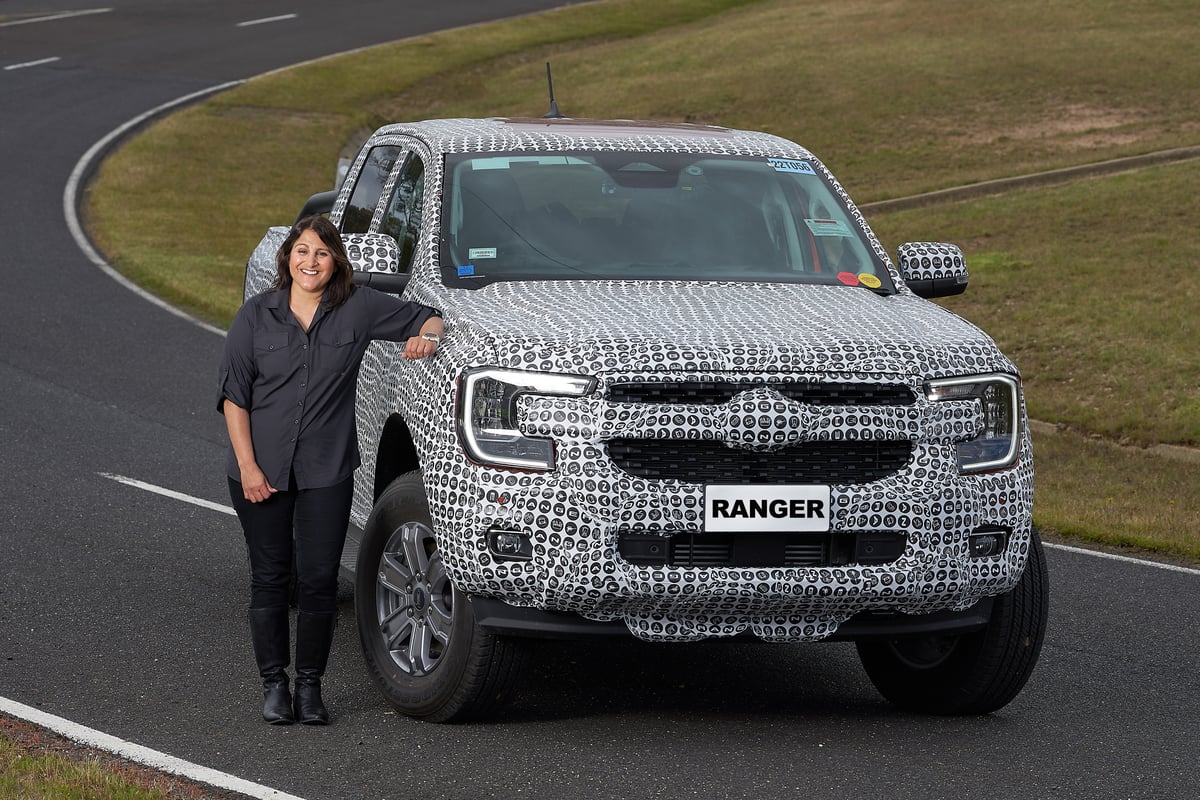 “But there are so many cool parts about my job!?” Pritika finds it hard to nominate just one!

“Travelling around the world, working with different people, learning about different cultures are some of the absolute highlights."

“Being part of a team that gets to work on and drive exciting products like the Next-Gen Ranger is definitely high on the list.”

In the early conception of Ford’s newest product, Pritika was given the opportunity to participate in clinics in Germany, England, Thailand and here in Australia, getting to talk directly to customers and dealers. “To be honest, that’s really special to me, that’s really cool,” she says.

“Our customers invest their personal savings and their trust, so it’s very important we deliver on our promises.”

How do you find working in a traditionally male-dominated industry?

“It can be tough at times, but has become much less so.” When Pritika graduated from her Engineering degree nearly 30 years ago, she was the only female in her cohort.

She shared that back then, some people didn’t understand how a female could be an engineer with some people asking her directly: “Are you really an engineer? Did you pass?”

“I don’t come across anything like that now,” Pritika assures.

“I do presentations at schools for STEAM (Science, Technology, Engineering, Arts, Maths), and talk to the kids about engineering; trying to encourage women into the industry.

“It’s really important that we all do have women in the engineering industry – and not just women, but wider diversity in the industry, too. Because the more diverse we are, the better we are going to be at delivering to all types of customers and all our customer’s needs.

“It’s important to represent women. As you move up in an organisation, people are going to be less sceptical. As you have time in a role, your actions speak to what you do.”

“Within Ford it’s a very supportive and inclusive culture, and outside of this, I think the Australian culture is still catching up.” 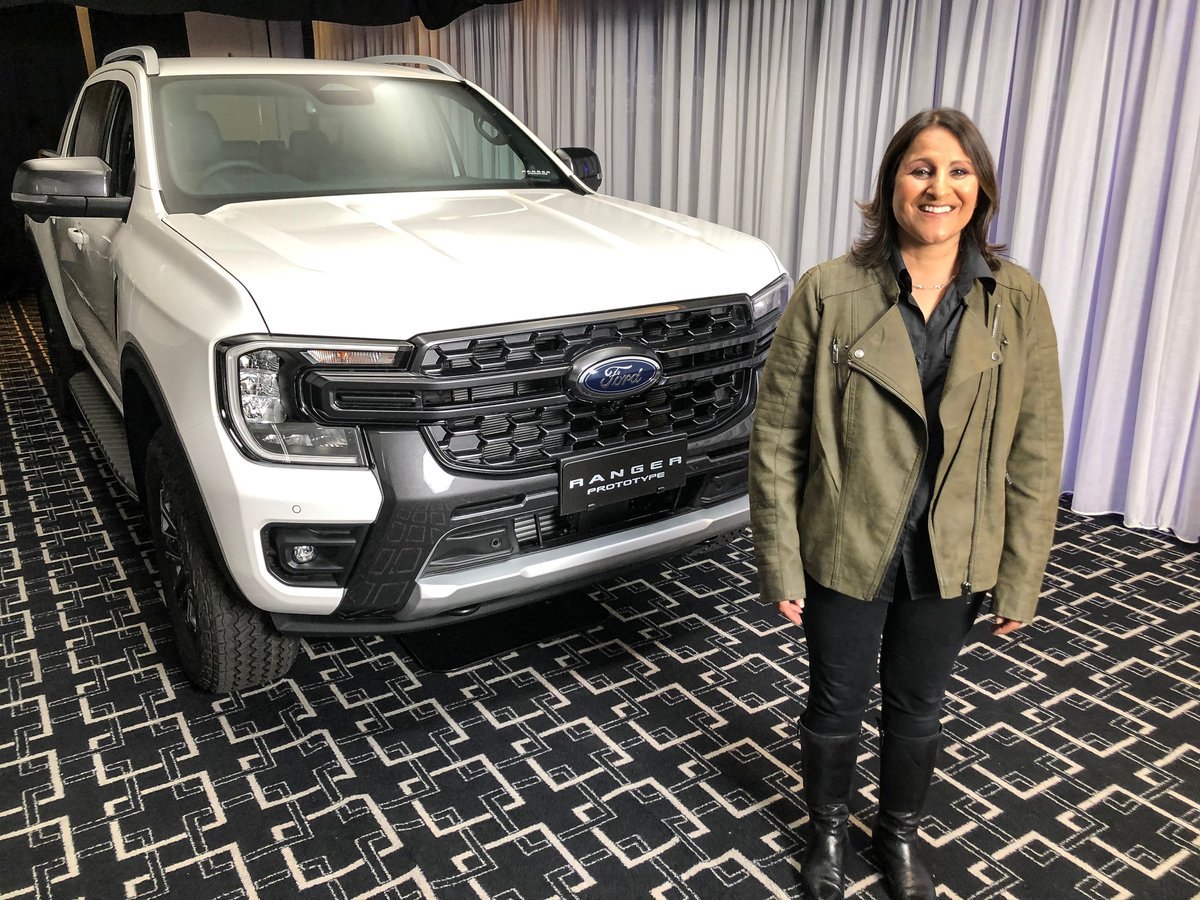 The Ford Next-Gen Ranger has been a standout for Pritika, and why that is? “I would answer in two parts, for me it is the brain and the heart,” she says.

“The engineer in me loves diving in and problem-solving technical challenges and I’m really proud of those technical accomplishments.”

“From a heart side I genuinely care about delivering for our customers, when you talk to customers it makes it real and makes it even more important to deliver on what you say you will,”

“I’m so proud to be part of a team whose focus has been laser sharp, on creating a vehicle that our customers are going to be able to rely on.”

“Our customers tell us the current model Ranger, one of its real strengths is that it’s really versatile, the Next-Gen takes that versatility a step further.”

Pritika explains how it really does help Aussie’s tackle work, family, and play. “It can be a workhorse, it can be a family car, or you can take it for serious off-roading.

“It looks good, and it feels good; its tough, its high tech, it feels solid on the road. It’s a truck, but when you get inside you realise it’s also a passenger car.”

“The sensors, and the 360-degree camera – makes it even easier to park.”

As well as the high technology features like an embedded modem and touch screen, another feature Pritika was proud to share that makes it even more in reach for all customers across Australia.

“It has an integrated box sidestep; as someone who is 5-foot-nothing, to be able to reach into the cargo area – that ease of access, it really makes a difference.”

“Making sure that we get the balance and deliver it, personally, it's very important it delivers on what we promised.”

What would be your dream feature to make that doesn’t exist yet?

Pritika is quick to answer this one.

“Teleporting – it’s probably way out there in the future and right now is a bit of a dream.”

Ford put the global pickup world on notice by revealing the smartest, most versatile and most capable Ranger yet. Explore the reveal of the Next-Gen Ranger and watch more about the design from Max Tran, chief designer, on where it all began.

Reply
Upvote
My daughter in law graduated from Newcastle University with first class honours in civil engineering in 2004. In the early years, she faced a lot of hostility from some colleagues, especially when she took maternity leave with her first child at the end of 2011, having worked for that firm for almost seven years.
However, her workmates eventually realised that the fact that she was a woman didn’t mean that she was incompetent. Her final job as an engineer was project managing the installation of a sewerage system in a rural council area.
Engineering has now lost its charm and she’s now started her own business as a personal trainer, having spent the last couple of years gaining her qualifications in this field. Any woman can do anything she puts her mind to.
News
General
Opinion
True Crime
Politics
Sport
Explainer
Entertainment
Celebrity
Reality TV
Movies
TV
Books
Rogue
Royal
Lifestyle
Beauty
Fashion
Weddings
Home
Wellness
Health
Fitness
Travel
Food
Family
Before The Bump
Pregnancy
Baby
Kids
Teens
School
Parent Opinion
Work & Money
Money
Finance
Career
Lady Startup
Relationships
Sex
Dating
Separation
Friendship
Family
Real Life
Couples