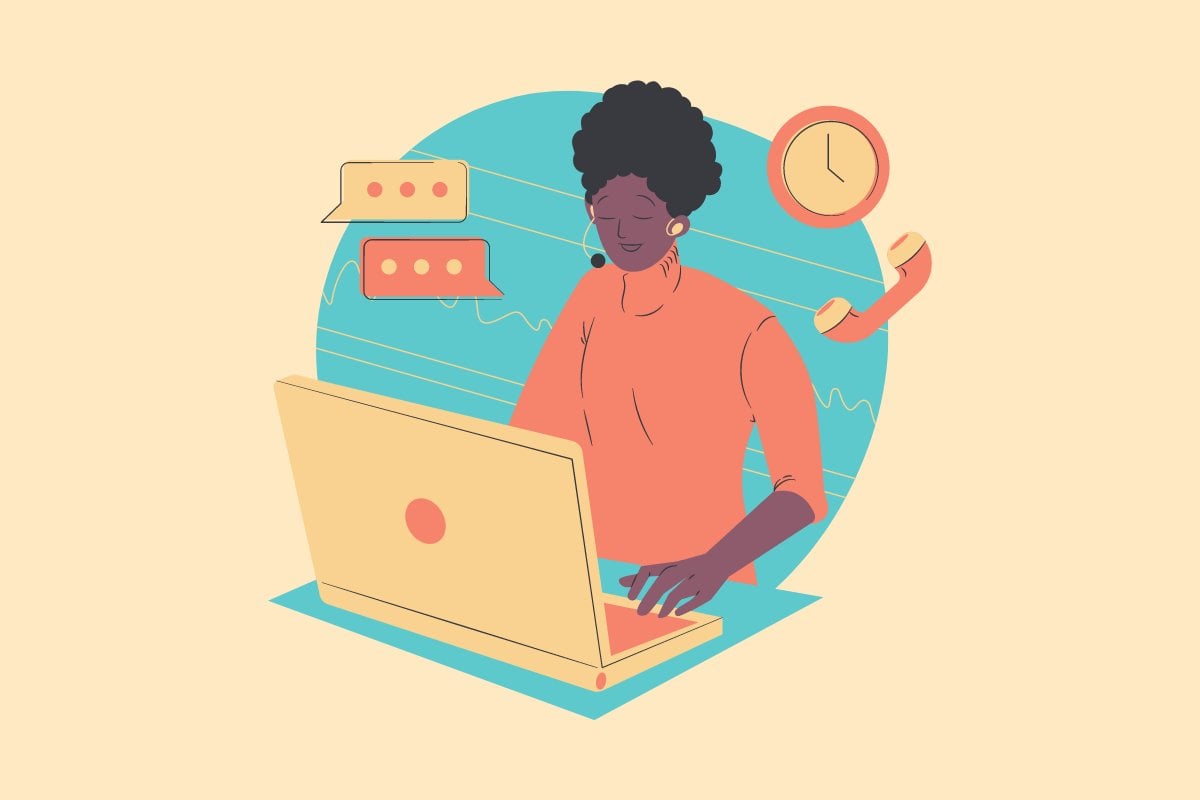 Procrastination. It's something I'm personally very familiar with.

Take this article as an example. It's taken me at least 15 minutes to write these two opening sentences - and for the sake of transparency, I'm already tempted to move away from my laptop and straight to my bed for a quick (read: long) nap.

In the past, I may have succumbed to that temptation filled with guilt and anxiety. But this week, I stumbled across a rule that promises to get you focused on a task in less than five seconds.

Watch: The habits of highly successful women. Post continues below.

It all came from a TED Talk by motivational speaker, Mel Robbins, titled: "How to stop screwing yourself over".

(You can check it out here, by the way.)

Among a few interesting ideas about setting and reaching goals, Robbins shared a concept about human impulses and the need to act quickly to achieve success.

"Your mind can process a facial expression in 33 milliseconds," she explained.

"The other thing that it does very quickly is if you have one of those little impulses that are pulling you, if you don't marry it with an action within five seconds, you pull the emergency brake and kill the idea.

"If you have the impulse to get up and go dance while the band is playing, if you don't stand up in five seconds, you're going to pull the emergency brake. If you were inspired by somebody's speech today, and you don't do something within five seconds - write a note, send yourself a text - anything physical to marry it with the idea, you will pull the emergency brake and kill the idea.

This was a very real revelation to me.

Working in a creative industry, big ideas come often. But these ideas are often rare to eventuate.

Listen to Mamamia's podcast all about productivity, 8 Minutes To Change Your (Work) Life. Post continues below.

Mel explained it some more in her book, writing: "The moment you feel an instinct or a desire to act on a goal or a commitment, use the rule.

"When you feel yourself hesitate before doing something that you know you should do, count 5-4-3-2-1-GO and move towards action.

"Hesitation is the kiss of death. You might hesitate for a just nanosecond, but that’s all it takes. That one small hesitation triggers a mental system that’s designed to stop you. And it happens in less than - you guessed it - five seconds."

It sounds very simple but over time, those five seconds can build up to five minutes, five hours, or five days.

And with the right amount of practice, you might just be able reprogram your brain to kill procrastination altogether.

We'll give you five seconds to start.

Want some more productivity hacks? You can read more here.