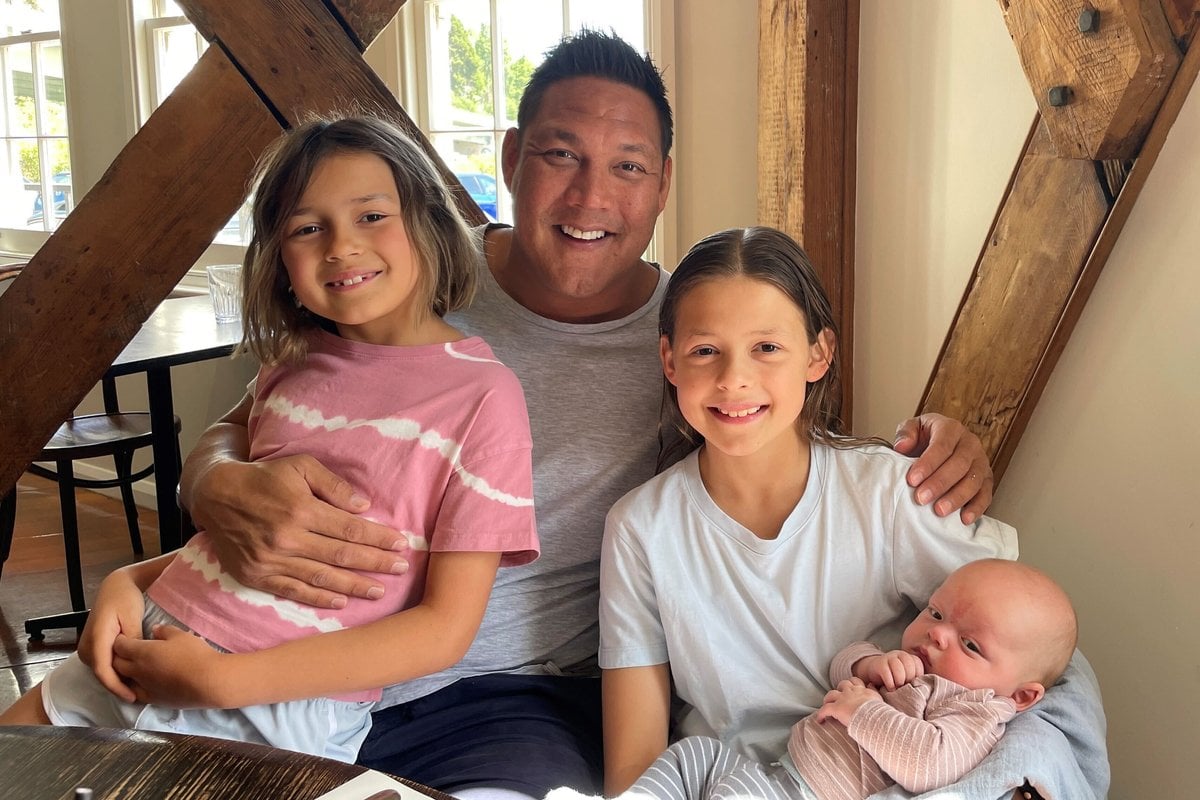 Eight years ago, Geoff Huegill's life changed in an instant.

In 2014, the champion swimmer and his then-wife Sara Hills attended an event for the Autumn Racing Carnival at Randwick Racecourse in Sydney.

After the couple were spotted exiting the disabled toilets together on CCTV cameras, police searched them and found they were in possession of a small amount of cocaine. They were both arrested for drug possession. Both Huegill and his wife pleaded guilty and were given six-month good behaviour bonds.

Listen to Geoff Huegill on Mamamia's No Filter podcast. Post continues below.

"Basically, in the blink of an eye, our life got turned upside down," the former swimmer, 43, said in the season premiere of SAS Australia earlier this year. "I was carrying a lot of shame and a lot of guilt that I put my family through that process, and it led me to get to a point where I had to make the call to leave my family."

In 2018, four years after the incident, Huegill and Hills - who share two daughters, Gigi, nine, and Mila, seven - announced their separation.

"It's with a heavy heart that after 13 years together, Sara and I have made the decision to amicably separate," Huegill wrote in an Instagram post. "We continue to remain friends as our focus will always be on providing a positive, loving and beautiful future for our girls."

The separation followed a difficult year for the couple, after Hills was arrested for allegedly stealing a pair of leather pants from a boutique in Byron Bay.

"For me, it was about going through the journey. Still to this… it took a lot of time to heal," Huegill said on No Filter. "It took a hell of a lot of time to heal. We got to a time where, like all relationships, we look at where are we at, what are we doing, and what’s the most important things to us and how do we do it." 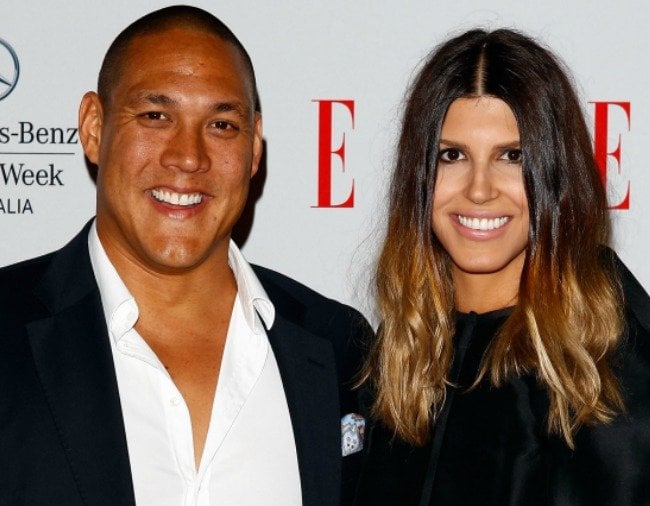 During an interrogation with the directing staff on SAS Australia, Huegill expressed his sadness about not being able to see his daughters every day.

"I definitely have regret. My biggest one would be not being in my kids' lives on a daily basis, because of our marriage separation," he said. "The last time I got to hold them was 18 months ago."

The former swimmer - who retired in 2006 and then again in 2012 - also shared the only thing he ever wanted post-career was to be a dad.

The athlete admitted he's had mental health struggles following his marriage breakdown, but is proud he came out the other side.

"I've had times where I sat there and thought there would be an easier way out. But I'm very proud of the fact that I've been able to pull myself out of some pretty dark times," he said. "If there's ever a message I want to share with my kids, it's to get them to understand and recognise that life isn't going to be easy. The most important thing is how we pick ourselves up and dust ourselves off."

Speaking on SAS Australia, Huegill said he was approached to be the Bachelor after his divorce, but turned it down.

"After I got divorced I got asked to go on The Bachelor - to be the Bachelor," Huegill said. "And I thought, that is just not the right example to set to my daughters."

These days, Huegill has relocated to Singapore, where he lives with his partner Roxan Toll, a trained lawyer who works as a tech executive. The couple welcomed a son, who they named Rafe, in August last year.

"I laugh about it all the time - I came all the way to Singapore to meet a girl from Mosman," Huegill said on No Filter. "My girls had met Roxy on Facetime and online, but they hadn’t met face to face. For me it was a nervous time, I can only imagine how [nerve-wracking] it was for Roxy. But once we got down to Tasmania... my girls absolutely love Roxy. My ex-wife Sara and Roxy get along like a house on fire. And the girls love their little brother."

As painful as the decision was for him to leave Australia for Singapore, Huegill now knows it was the right decision.

"The biggest growth I’ve had in my life in particular, is not only coming to Singapore, but meeting Roxy, having another son, having the opportunity to have another family," he said on No Filter.

"Once you get to your mid-40s, you do start to reflect on 'where am I at personally', 'what are the things I need to change' and most importantly, 'what do I want now for my life moving forward'."

Listen to Mia Freedman's interview with Geoff Huegill on No Filter here or wherever you find your podcasts.