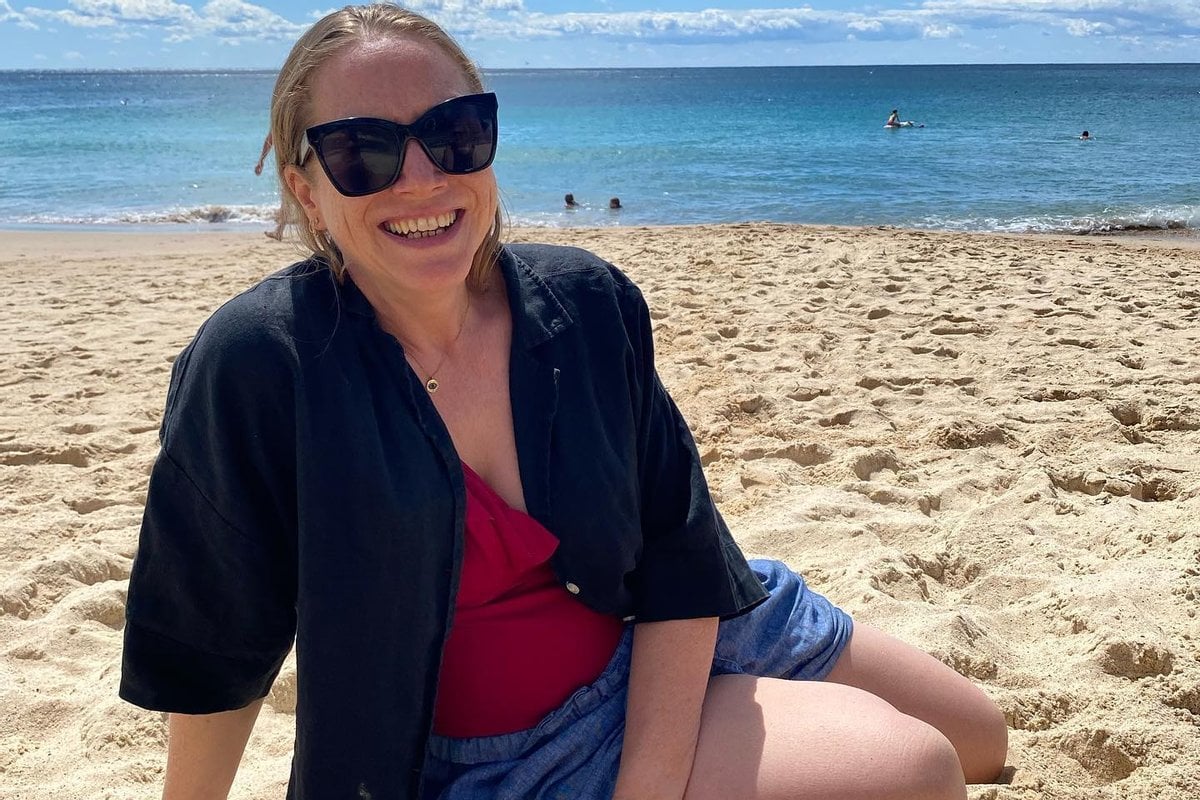 On Mamamia Out Loud's subscriber episodes, Jessie, Mia and I have been sharing our biggest regrets.

Mia shared hers here, and I thought it was about time I unpacked some of the lower points of my 50 years.

Here are a few of mine. For the full, mortifying list, go and listen to Mamamia Out Loud here. And cringe.

1. Being a mean teenager

As I'm looking down the barrel of my daughter's teenage years, I regret being such a mean one to my parents.

I grew up very close to my father. He was (and is) a thoughtful, engaged, involved Dad. One of my favourite photographs is of us giggling, playing cards when I was tiny, basking in his attention. Then, when I hit adolescence, something shifted, as I know it does for many girls. Suddenly my lovely dad didn't "get" me at all. Our relationship became strained, distant, and full of conflict.

And look, I was not a model teenager. I drank and smoked and wagged school and brought all sorts of boys home for my parents to be grimly polite to. When I was 17, I moved a boyfriend in. Then I moved out.

Yes, my poor parents had to deal with a lot.

Luckily for me, who has become painfully aware this is not always the case, when I emerged from my dismissive, rebellious years, my parents were still there. I will never forget a time in my early 20s when I needed them, and my dad drove five hours through the night to help me. He didn't have to do that for this selfish young person who had spent years pushing him away. But he did.

Our relationship now is one of deep love and respect, even though we live on opposite sides of the earth. He has been more formative and influential on me than I could possibly describe.

It's a cliche because it's true - when you become a parent, you suddenly understand how deeply your parents love you, and how much your thoughtless teen treatment of them must have hurt. I also have an inkling that the other cliche that's true is that karma will deal with this regret in its own way.

There's a very famous meme about how there are two types of people.

If you're a procrastinator, you have the immediate gratification monkey on your shoulder all the time shouting: 'Let's go do this fun thing. Let's do that fun job. Let's go play on the internet. Let's start that completely different project right now. Why don't we go out now? Why don't we play?'