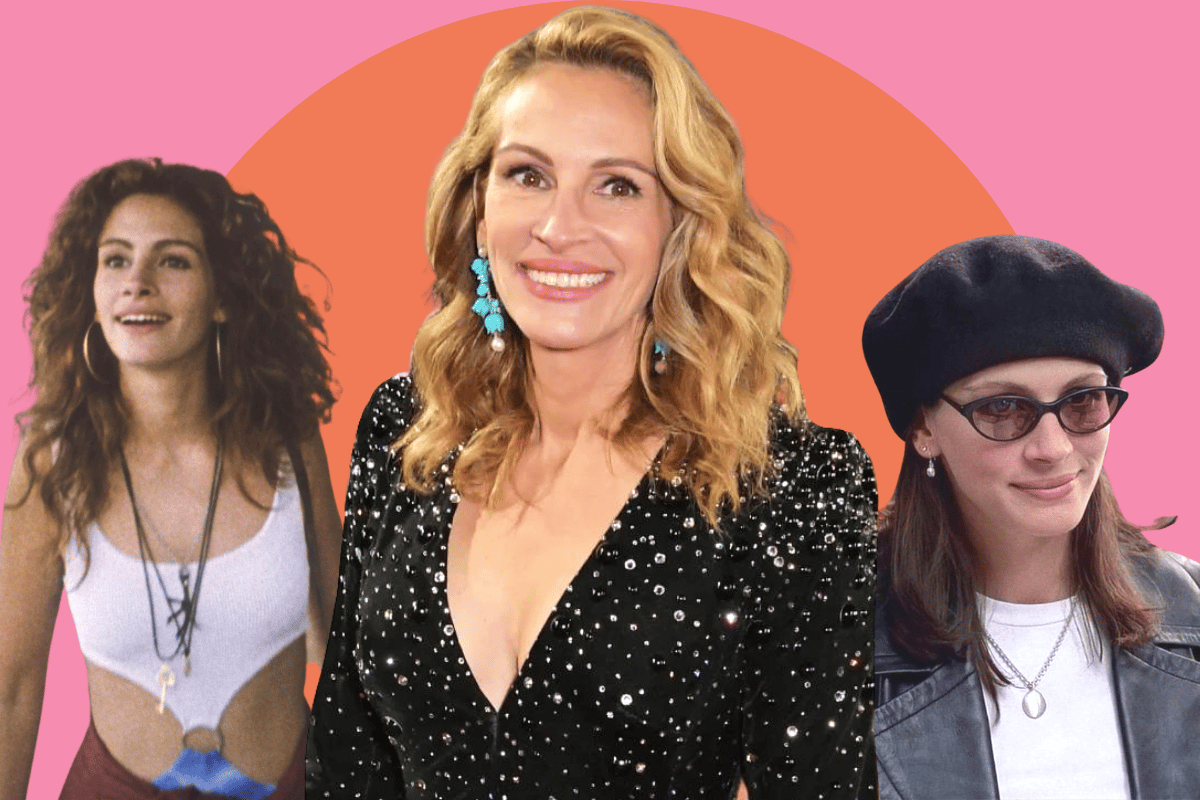 Julia Roberts has graced our screens for over three decades.

From her breakout role in Pretty Woman to leading lady in the iconic film Notting Hill - and many, many other rom coms - Roberts has continued to find success in Hollywood. Her latest venture is starring in Stan's new series Gaslit.

But despite her years in the spotlight, Roberts has kept her family life very private.

The 54-year-old shares three kids, including twins, with her husband of almost 20 years, Danny Moder, 53.

And just like any other parent, Roberts says she has struggled to find a balance in working and achieving her passions alongside being a mother. And for her, she says it has to come down to a balancing act.

We take a look at what else has happened in Julia Roberts' life, including her marriage to Danny Moder, her equally famous niece and some recent comments she made about why she's hasn't starred in a rom coms for two decades.

Much like her family life, Roberts keeps her relationship with her husband relatively quiet.

The pair met on the set of the 2000 film The Mexican, where Roberts starred alongside Brad Pitt.

Moder was married to makeup artist Vera Steimberg at the time while Roberts was in a relationship with actor Benjamin Bratt. When the pair got together, it caused quite an uproar. But Roberts has always maintained she wasn't the reason Moder split from his ex-wife.

"I’m an easy person to point the finger at - ‘she did it’ - and I see that. I don’t begrudge people the easy finger-point. It just doesn’t happen to be so."

After his divorce was finalised the couple married on July 4, 2002, at Roberts' New Mexico ranch.

Looking back, the actress says meeting and marrying Moder was a "real seismic shift".

"That was the first [feeling] like 'my life will never be the same' in the most incredible, indescribable way," she said on Gwyneth Paltrow's Goop podcast in 2018.

The couple celebrated their 19th wedding anniversary this year as well.

"19 years... Just getting started!" Roberts wrote on Instagram alongside a picture of the couple.

Moder also shared a photo on his Instagram to celebrate.

"Today we start our 20th year of marriage. This photo was on a dusty road before that big idea… just holding on to this beautiful girl one day at a time. One epic day at a time," he captioned the post. 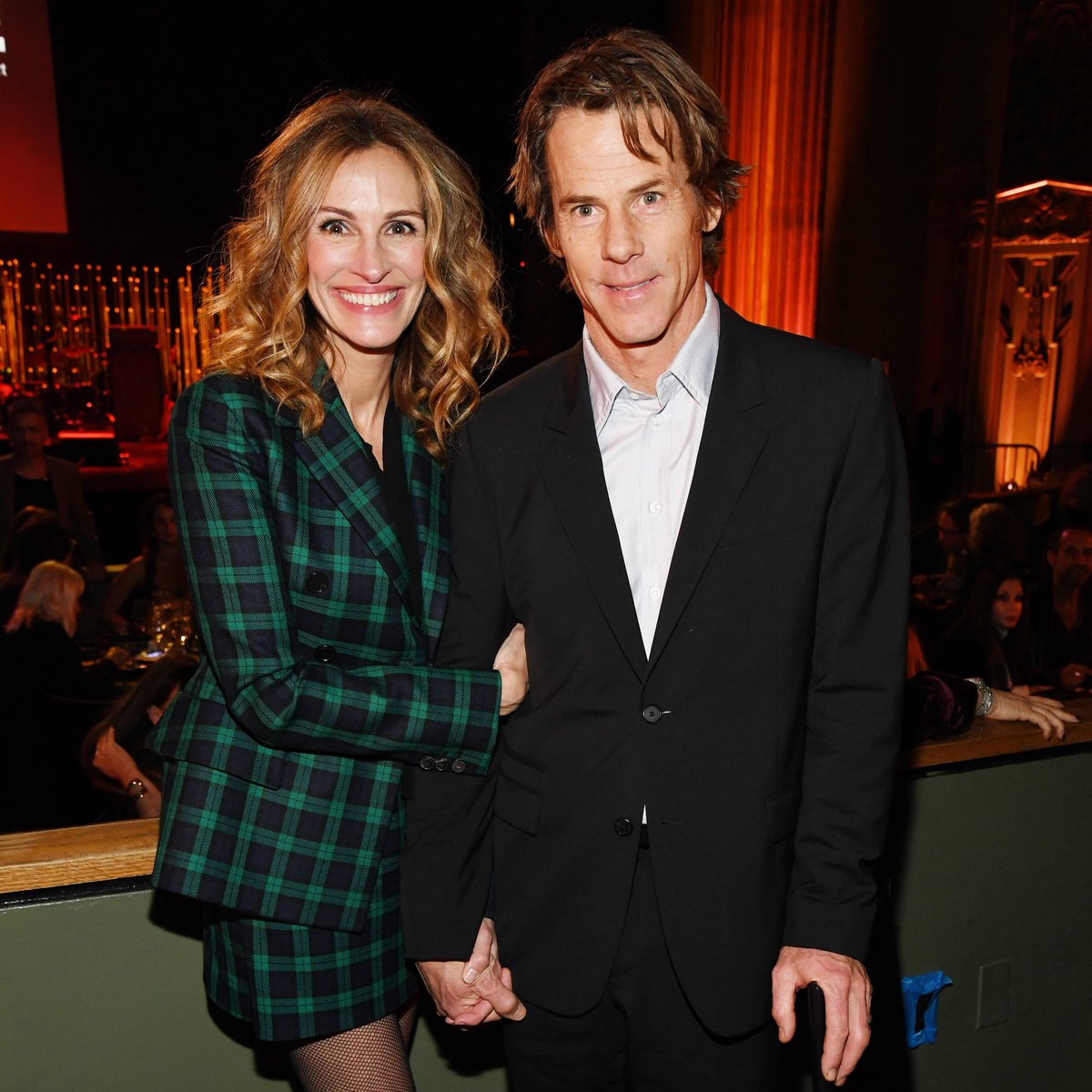 Two years after tying the knot, Julia Roberts and Danny Moder welcomed their first children, twins Hazel and Phinnaeus, in 2004.

Three years later they welcomed their son Henry in 2007.

Speaking to Harper's Bazaar in 2018, Roberts shared a conversation she had with her kids about her fame.

"I don’t think they will ever have a true sense of that," she told the publication.

"Once when they were starting to figure it out, it was like, 'You’re famous?' And I said, 'I think a lot of people might have seen the movie that I’m in or might know who I am.' Maybe an hour goes by. 'Are you more famous than Taylor Swift?'"

In a recent interview with the New York Times, Roberts said that making time for her family amid her busy and successful film career has always been paramount to her.

"I had three kids in the last 18 years. That raises the bar even more because then it's not only 'Is this material good?' It's also the math equation of my husband's work schedule and the kids' school schedule and summer vacation," she said about being choosy with the roles she takes on.

"It's not just, 'oh, I think I want to do this'. I have a sense of great pride in being home with my family and considering myself a homemaker."

Now that her kids are older however, Roberts said she feels more obliged to take on roles she is passionate about.

"As they get older, and particularly with my daughter, I do have a sense of responsibility for showing my children that I can be creative and that it's meaningful to me."

Aside from Hazel's red carpet debut, the world doesn't see much of Roberts' kids. The father-daughter duo attended the premiere of the film Flag Day in September 2021, where Moder worked as a cinematographer.

And keeping things quite private, Roberts chose to post a baby image of her twins for their 17th birthday rather than an updated one - and a purposeful decision it was.

However, their dad has shared a few photos on Instagram over the years. 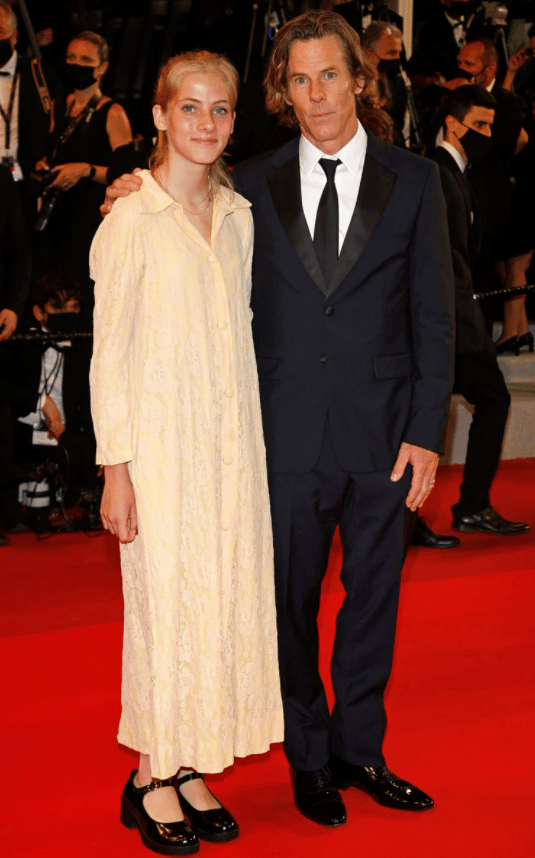 Fame runs in the family.

One famous family member we do hear about is Roberts' niece Emma Roberts.

The Scream Queens star has had a close relationship with her Aunt since she was a kid and has formative memories of watching her on set.

"My mum and I would stay with my Aunt Julia when I was really young, so I grew up on sets," Emma Roberts told Glamour in 2015.

"I just found this old Polaroid of me on the set of Erin Brockovich, in one of my Aunt Julia's super-padded dresses from the movie, with the biggest smile on my face. I'd cry when I had to leave. I loved that it felt like camp."

The pair are still close today with Julia’s brother, Eric Roberts, telling US Magazine that his sister and daughter are "both such Robertses".

"It’s really cool to look at them. I love seeing them together," he told the publication.

What Julia Roberts is doing now.

Along with doing publicity for the new Stan series Gaslit, Roberts is also promoting her upcoming film Ticket to Paradise, which she stars in alongside George Clooney. And fun fact: last year Roberts was in Australia with Clooney filming this movie!

In the same interview with the New York Times, Roberts explained why she hasn't starred in a rom com for over 20 years.

Roberts is arguably best known for starring in a string of rom coms throughout the '90s including My Best Friend's Wedding, Notting Hill and Pretty Woman given all three roles made her a household name.

"People sometimes misconstrue the amount of time that's gone by that I haven't done a romantic comedy as my not wanting to do one. Here's the thing - If I'd thought something was good enough, I would have done it," Roberts told the Times. "If I had read something that I thought was that Notting Hill level of writing or My Best Friend's Wedding level of madcap fun, I would do it. They didn't exist until this movie that I just did that Ol Parker wrote and directed."

And the Ol Parker film she was referring to is Ticket to Paradise.

Reflecting on her career, Roberts said - "I'm living my acting dreams. Everybody's experience is unique and should be unique. I decided a while ago that I'll never really understand what people think about me and I don't need to."