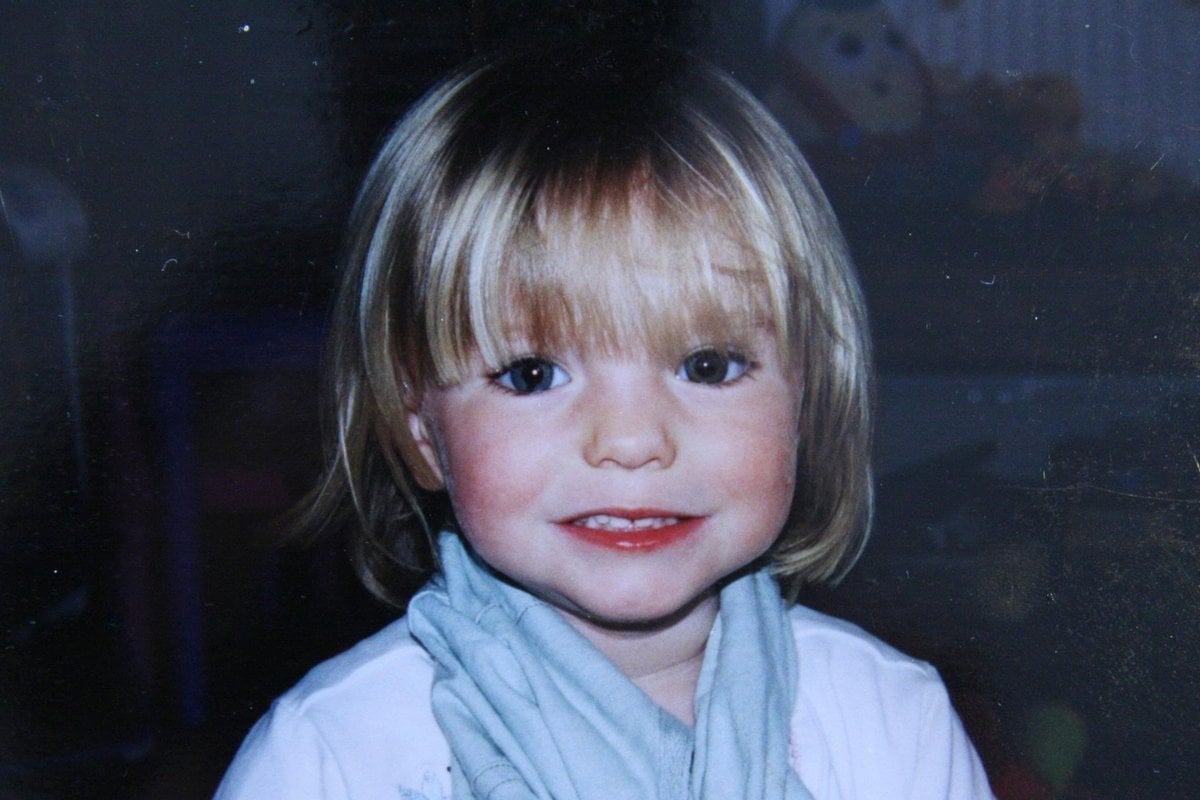 At around 8.30pm on May 3, 2007, Kate and Gerry McCann left their three sleeping children in their holiday apartment in the quiet Portuguese resort of Praia da Luz and headed out for dinner.

They thought that Madeleine, three, and 18-month-old twins, Sean and Amelie, would be safe just 83 metres from where they were dining at a tapas restaurant with the group of friends they were holidaying with.

Throughout the evening, the adults took it in turns to check on the kids.

When she arrived at apartment 5A, she knew immediately something was wrong.

What happened next is well documented. The story of the blonde toddler’s unexplained disappearance became a global news story.

This May, will mark 15 years since the wide-eyed toddler's disappearance, and on May 12, it would've been her 19th birthday.

This week, Kate and Gerry McCann welcomed news that a German man has been formally made a suspect over their three-year-old's disappearance.

It is the first time Portuguese prosecutors have identified an official suspect in the case since Madeleine's parents were named suspects in 2007. They were later cleared.

Posting on the Official Find Madeleine Campaign Facebook page, Kate and Gerry wrote: "We welcome the news that the Portuguese authorities have declared a German man an 'arguido' in relation to the disappearance of our beloved daughter Madeleine.

"This reflects progress in the investigation, being conducted by the Portuguese, German and British authorities.

"It is important to note the 'arguido' has not yet been charged with any specific crime related to Madeleine's disappearance.

"Even though the possibility may be slim, we have not given up hope that Madeleine is still alive and we will be reunited with her."

On May 12, 2021, Madeleine would have been 18 years old. Her parents marked the occasion with an emotional message.

"Every May is tough – a reminder of years passed, of years together lost, or stolen," Kate and Gerry McCann wrote on their Facebook page. "This year it is particularly poignant as we should be celebrating Madeleine’s 18th birthday. Enough said."

The parents went on, saying the pandemic had been difficult but added that they were thankful "the investigation to find Madeleine and her abductor has continued".

"We hang on to the hope, however small, that we will see Madeleine again. As we have said repeatedly, we need to know what has happened to our lovely daughter, no matter what. We are very grateful to the police for their continued efforts."

They concluded: "We still receive so many positive words and good wishes despite the years that have gone by. It all helps and for that we are truly grateful – thank you."

In another post for Madeleine's 18th birthday, the parents wrote, "We love you and we're waiting for you".

In 2020, the McCanns farewelled the year saying it was one they "don’t want to remember but will find it hard to forget".

"There’s no doubt that 2020 has been tough for most people, and often distressing, with so much loss, worry and isolation," the couple wrote on the Facebook page. "Despite losing a parent each, we are aware we have been more fortunate than many, with our family unit at home and jobs to go to."

They added that the pandemic had forced the investigation into their daughter's vanishing to "slow down".

"It hasn’t stopped however and the hope, energy and determination to find her and uncover the truth remain steadfast. Let’s hope 2021 is a brighter, more positive one," they concluded their post.

The story of Madeleine McCann has indeed been subject to high media interest ever since her mysterious vanishing.

In 2019, a Netflix documentary, The Disappearance of Madeleine McCann, recounted the chain of events in detail, and offered several theories as to what may have happened to Madeleine.

Kate and Gerry McCann refused to take part in the program, stating that it could impede the ongoing police investigation.

In a statement on their website, they said: "We did not see and still do not see how this programme will help the search for Madeleine and particularly given there is an active police investigation, could potentially hinder it."

Watch The Disappearance of Madeleine McCann trailer below. Post continues after video.

Who are Madeleine McCann's parents?

Kate McCann (neé Healey) was born in 1968 in Huyton, near Liverpool. She graduated in 1992 with a degree in medicine from the University of Dundee. Gerry McCann, born the same year as Kate, was also a medical scholar, in Glasgow. After working in obstetrics and gynaecology, Kate became a GP. Gerry worked in sports medicine before moving into cardiology.

The couple, described by friends as "inseparable," met while working as junior doctors at the Western Infirmary in Glasgow.

They married in 1998 and had Madeleine in 2003 after IVF treatment. Twins Sean and Amelie followed two years later. The family moved to Rothey in Leicestershire, when Gerry got a job as a consultant cardiologist at Glenfield Hospital in 2005.

Did the McCanns split up after Madeleine McCann went missing?

While the McCann's never actually split up, Kate has spoken about how close their relationship came to breaking point.

In her book, Madeleine, Kate talks about how she withdrew into herself after Madeleine's disappearance, ceasing to read, play music, or even have sex with husband Gerry.

She said that the fears a paedophile had taken Maddie very much played into that.

"Tortured as I was by these images, it's not surprising that even the thought of sex repulsed me," Kate wrote.

"I worried about Gerry and me. I worried that if I didn't get our sex life on track, our whole relationship would break down."

She also recalled how supportive Gerry was during the darkest days of their lives. "He would put his arm round me, reassuring me and telling me that he loved me," she wrote. 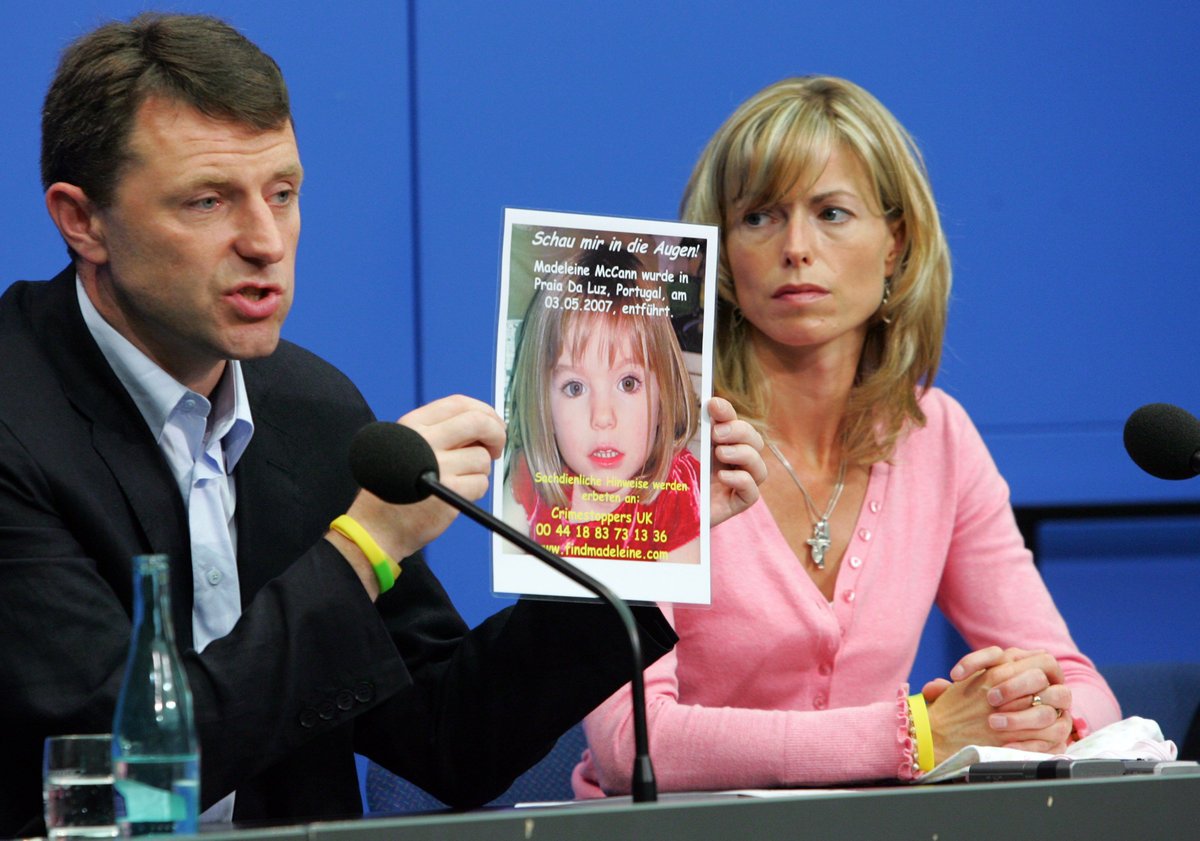 Kate McCann, 54, and Gerry McCann, 55, remain together and continue to fight for information about Madeleine's disappearance.

In 2014, Kate told the BBC that she has returned to Praia da Luz on several occasions.

"I do go back for personal reasons," she said. "It’s obviously the last place we were with Madeleine and I still walk those streets and I guess try to look for answers. It helps me, most of the time."

After Madeleine vanished, Kate quit her job as a GP to work for children's charities. Gerry McCann is now a professor of cardiology and prides himself on having "established a national and growing international reputation as an expert in Cardiac MRI (magnetic reasoning imaging)" – or scanning, as reported by The Sun.

The McCann's have used AUD $308,000 made from sales of Kate's book about their daughter to continue the search for the little girl.

Their twins, Amelie and Sean, are now 17.

This article was updated with new information on April 23, 2022.

Reply
Upvote
RIP out little Angel Madeline, to her parents and siblings I wish you all the best 👍 happiness, love and peace, God be with you 🙏❤️🏡🌸
C
cat a year ago