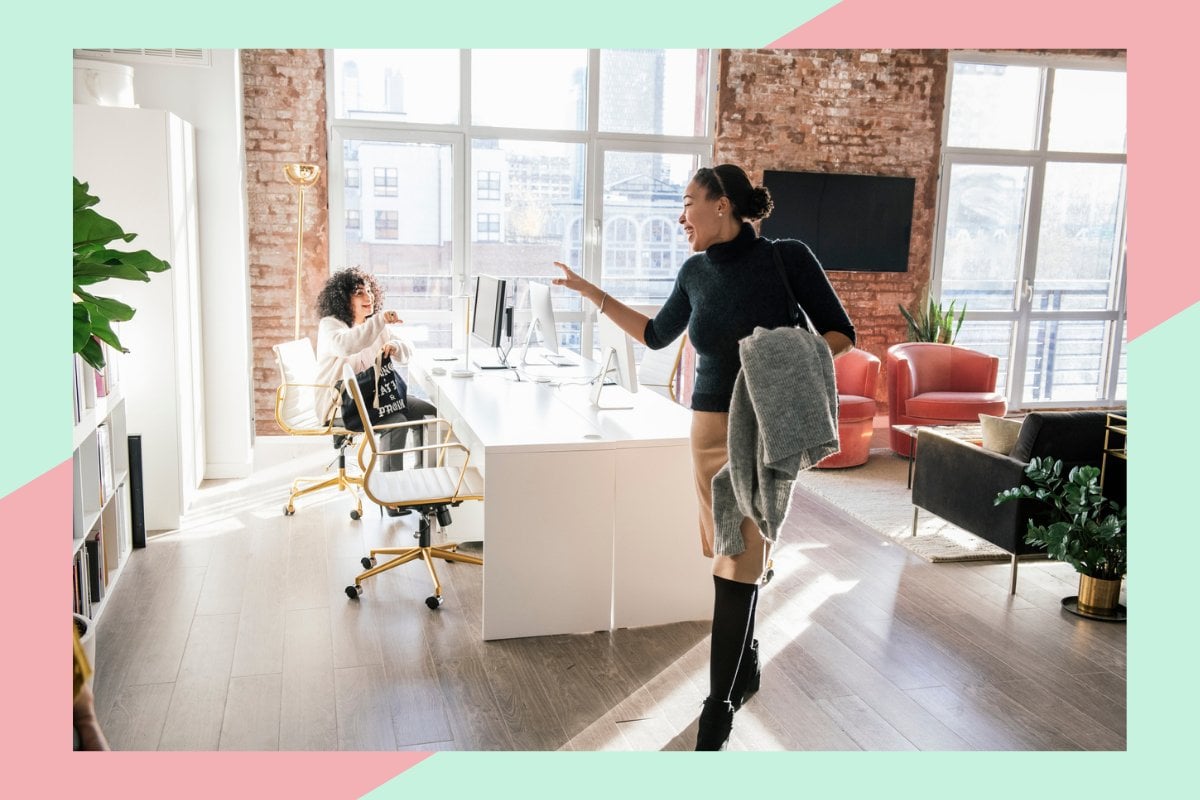 Throughout my entire nine-year career working in marketing communications, I have been driven by passion for what I do.

I had only accepted roles that I was excited about, ones that spark a fire, where you leave a job interview thinking 'I would love working here!'. I’m driven by the opportunity to learn (including the chance to fail), I thrive within a social environment and I’m most productive when I’m busy.

But I can honestly say that I have never been driven by money.

Watch: Five money lessons your parents told you, that you should probably forget. Post continues after video.

I have quite a broad resume, which I owe partly to a previous (wonderful) manager, who gave me the following advice early in my career whilst I was working in the travel industry; 'It doesn’t matter how many industries you choose to work in, focus on the core set of skills you want to develop.'

Some people aren’t comfortable with that and prefer to streamline their career within one profession – and that is absolutely fine too, it’s what works for you.

Earlier this year, I began to feel stagnant about the role I was in. It felt like a literal hamster wheel; walking into work, working on the same project as the day before, leaving, and then doing it all again the next day. I had brilliant colleagues, some have become my closest friends, but I could sense my passion was fading after nearly two and a half years, with a lack of prospect to promote or challenge myself.

I decided to do something I had never done before – contact a recruiter.

They were very helpful, and within a few weeks I had interviews lined up. I was offered a communications role that was a seemingly pleasant opportunity, but not one that I would usually have been motivated to dive into. However, it paid over 60 per cent more than my salary at the time. 60 per cent! Was this what I should have been getting paid at this point in my career? I’m not one to leave a stone unturned, so I accepted it to find out.

The salary you earn isn’t everything.

Okay, so I knew this before I accepted the job. But having this reaffirmed is something I now feel very confident in and can put my money where my mouth is (excuse the pun).

I truly believe in getting paid what you’re worth and not underselling yourself, but I will never again accept a role based on the numbers that appear in the contract.

But… make a conscious effort to embrace the extra dough.

I consciously used this newfound cash surplus to set myself up financially.

Between putting a little more into savings, chipping away at my HECS debt a bit more frequently and buying a few shares, I finally feel like I have a solid savings routine and control of my finances. Whether my next role pays the equivalent salary or not, I intend to maintain this routine I’ve created.

Take the opportunity to learn.

Use this time to come up with some goals you want to achieve.

Working in a role I’m not passionate about, I needed something to look forward to day to day. I decided to work out what I wanted to get out of the role. It could be learning a new industry you’ve been curious about, or a specific skill you haven’t had the chance to practice or perfect. The next job I apply for, I’ll be adding both of these to my resume.

Quick! Have a listen of this episode of 8 Minutes To Change Your Work Life. Post continues after podcast.

Ever considered a side gig?

I have a second part-time career, which I’m highly passionate about and very grateful for.

It has provided the outlet I need to balance the 'churn and burn' of one occupation with something I really enjoy in a parallel career. The balance can sometimes be tricky, but it can also be twice as rewarding.

Give yourself something to look forward to.

I won’t be staying in this role for too much longer, but I’m excited for whatever happens afterwards, knowing that I’ve made the most of it and gained a new perspective. If you’ve ever been curious, weigh up your pros and cons and take the leap if it’s the right time in your career – but make sure you’re prepared to learn from it.

Like a $50 gift voucher for your thoughts? For your chance, take our survey!

Reply
Upvote
I have regularly chased the money, actually pretty much all the time.   I view the pay as the opportunity to do what fulfils me outside of work.  That said I have an amazing capacity to do excel in jobs that I am not passionate about.  It’s not about faking it.  It is actually because I am good at STEM / maths type jobs that generally pay very well but don’t really spark joy inside me.  I find my joy elsewhere.  My point of view is that I can’t have it all in one place, however over the course of my lifetime I find fulfilment in a broad range of things.
News
General
Opinion
True Crime
Politics
Sport
Explainer
Entertainment
Celebrity
Reality TV
Movies
TV
Books
Rogue
Royal
Lifestyle
Beauty
Fashion
Weddings
Home
Wellness
Health
Fitness
Travel
Food
Family
Before The Bump
Pregnancy
Baby
Kids
Teens
School
Parent Opinion
Work & Money
Money
Finance
Career
Lady Startup
Relationships
Sex
Dating
Separation
Friendship
Family
Real Life
Couples