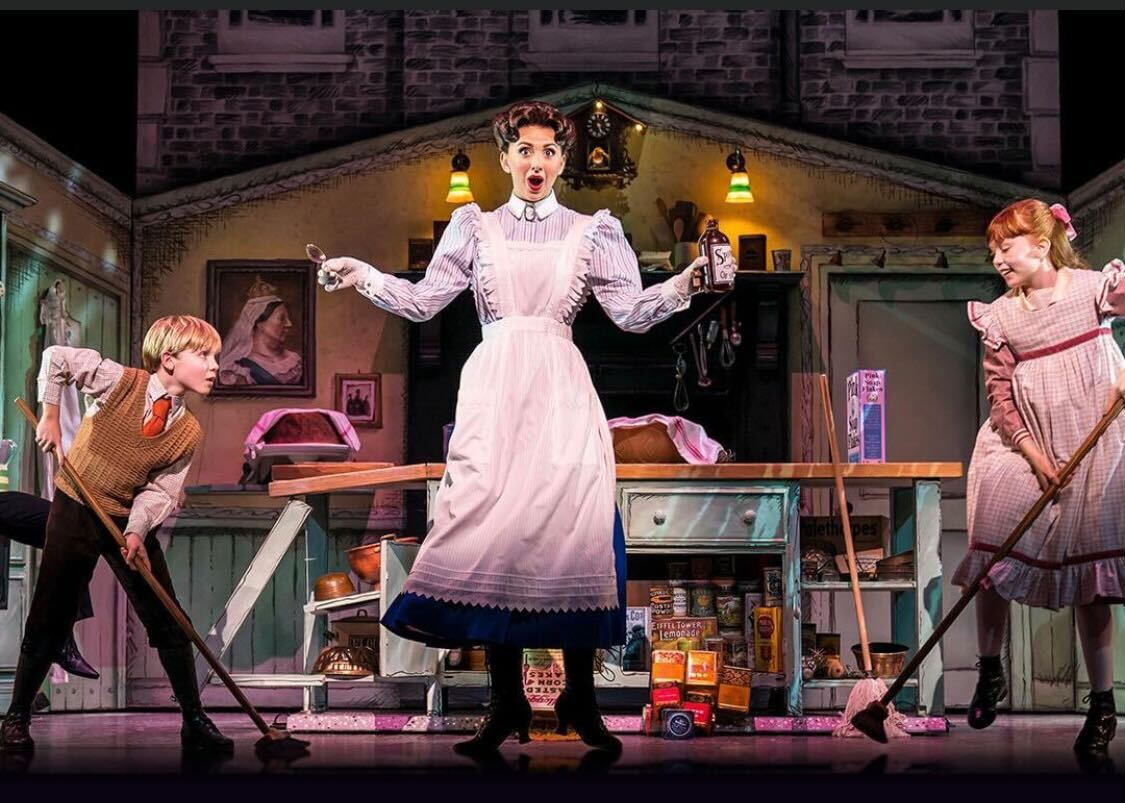 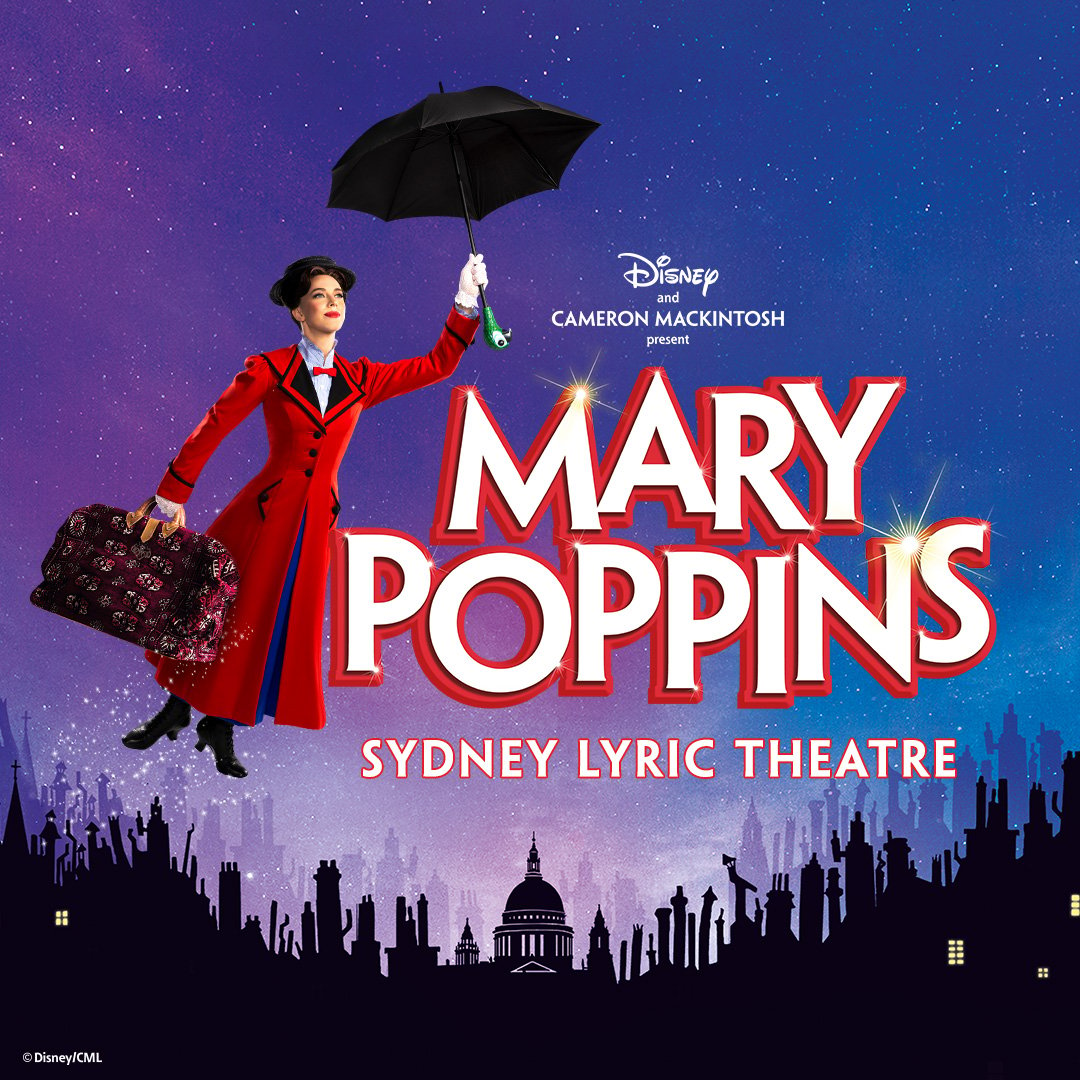 Thanks to our brand partner, Mary Poppins The Musical

You won't need a spoonful of sugar in order to be excited by the news that the new musical of Mary Poppins is coming to Sydney.

The musical, which is adapted from the beloved children's stories written by P. L. Travers and the iconic 1964 Disney film starring the one and only Julie Andrews, brings the wondrous tale of our favourite Nanny to life via a spectacular musical production.

Set in London, in the spring of 1910, the musical tells the story of the seemingly picture-perfect yet disconnected Banks family.

George Banks is a practical man wrapped up in his high-pressure job, while his wife Winifred is preoccupied with her causes, and their young children, Jane and Michael, have run away (for the fourth time this week, we learn) after scaring off yet another Nanny.

Enter, of course, the practical yet magical Mary Poppins, who takes the children on a series of adventures and slowly starts to bring the Banks family back together. 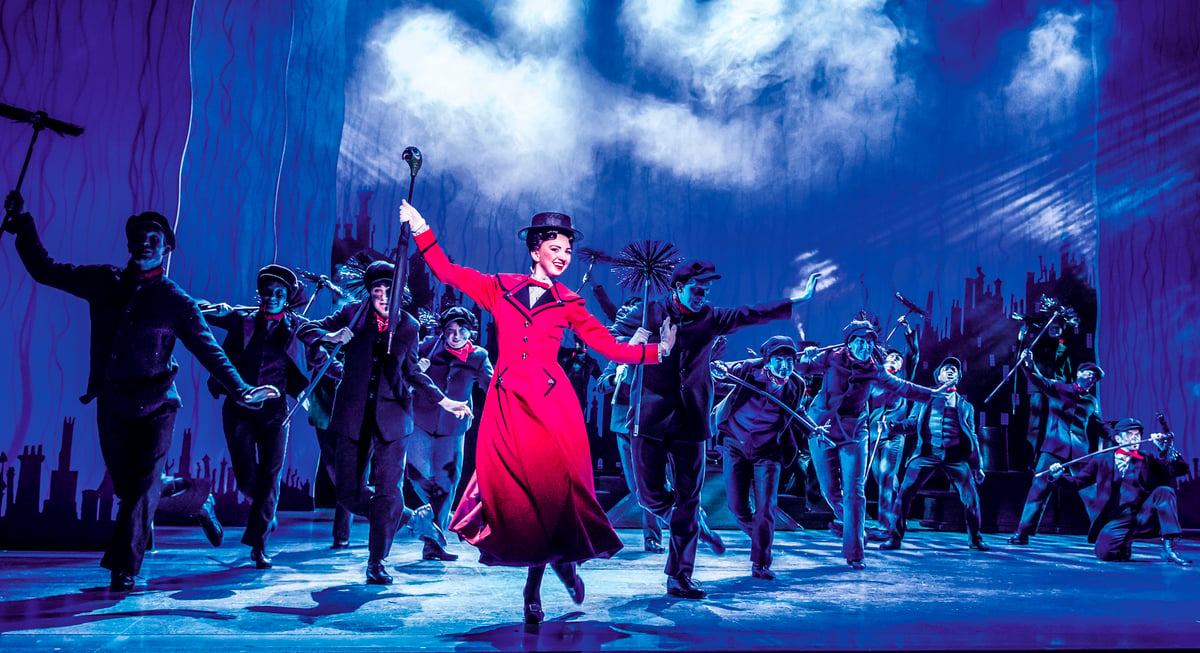 You won't need a spoonful of sugar in order to be excited by the news that Mary Poppins the musical is coming to Sydney. Image: Mary Poppins The Musical Australia.

Sydney-based actor, singer, and musician Stefanie Jones stars as Mary Poppins and won the coveted role after a year-long, nation-wide search. Her past starring roles include Rhonda in Muriel’s Wedding The Musical (a role that earned her the Sydney Theatre Award for Best Supporting Actress in a Musical) Liesl von Trapp in The Sound of Music, along with TV credits including The Divorce and Neighbours.

“Mary Poppins is undeniably special, so to be given this opportunity to bring her to life is thrilling," Stefanie said in a statement. "I still vividly remember my own experience seeing the show for the first time, and now I am so honoured to share the magic with a whole new generation of Australian audiences."

Also included in the star-studded new cast is triple-threat Jack Chambers (Singin’ In The Rain, Burn The Floor, Hairspray) as the loveable Bert and Australian musical theatre icon Nancye Hayes AM (Guys and Dolls, My Fair Lady, Grey Gardens) as Bird Woman.

Mary Poppins co-creator and producer Cameron Mackintosh said the story of Mary had always held a special place in his heart, and this was the driving force behind him wanting to bring the show to the stage and audiences across the world.

“Mary Poppins flew into my heart when I first saw the movie and read P. L. Travers’ unforgettable books as a schoolboy," he said in a statement. "My long-held dream of creating a stage musical out of her work started in Sydney over 25 years ago after Pamela had entrusted me to write a first treatment which was enthusiastically embraced by Tom and Disney.

"Since then, Mary has soared triumphantly around the world with the Australian production over 11 years ago being one of the finest. So, I am thrilled to be bringing my latest current hit London production of Mary back home to Sydney and finding another stellar cast to spellbind a new generation of theatregoers." 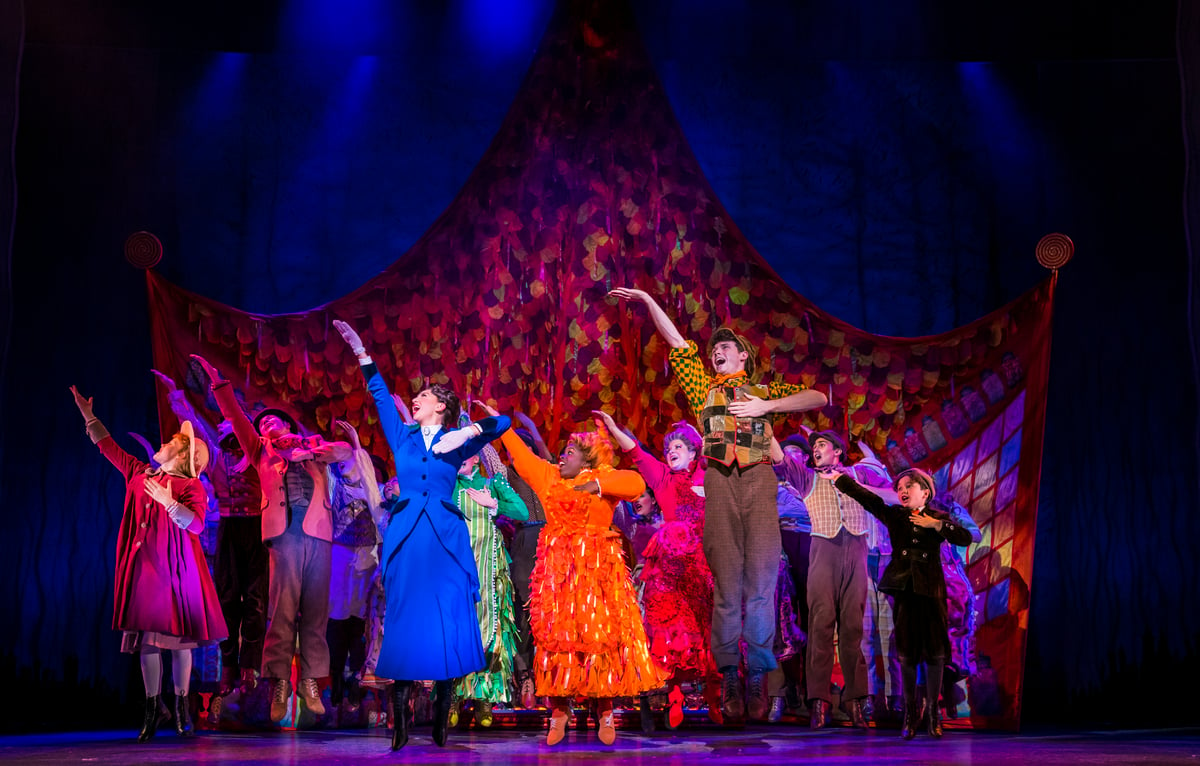 "A show that is practically perfect in every way." Image: Mary Poppins The Musical Australia.

It's fitting that the London production is returning to our shores, given that the iconic tale of the magical English Nanny was created by an Australian author, who actually penned eight total books chronicling the story of Mary Poppins.

The original music and lyrics by Richard M. Sherman and Robert B. Sherman include the classic songs Jolly Holiday, Step in Time, Feed the Birds and of course Supercalifragilisticexpialidocious, classic songs that provided the soundtracks to many of our childhoods and are back to inspire new generations.

New songs and additional music were created for the stage show by the Olivier award-winning British team of George Stiles and Anthony Drewe, and the Book is by Academy Award-winning screenwriter and Downton Abbey creator Julian Fellowes.

The costumes, sets, and choreography will instantly transport you to a Disney-like world packed with nannies that fly, paintings that come to life, penguins that dance, and tea parties that can happen on the ceiling.

At its heart, Mary Poppins is very much a story of friendship and family, making it a theatre experience suitable for all ages. A show that is practically perfect in every way.

Disney and Cameron Mackintosh’s new production of Mary Poppins The Musical will open at the Sydney Lyric Theatre May 15.

Disney and Cameron Mackintosh’s supercalifragilistic new production of MARY POPPINS arrives at the Sydney Lyric Theatre 15 May for a strictly limited season. Adapted from the beloved stories by PL Travers and the original film; the world’s favourite Nanny comes to life on stage in a spectacular and unforgettable production. At its heart MARY POPPINS is a story about family and the infinite possibilities that lie within us all. It’s time to rediscover the undeniable magic of one of the world’s most loved tales and show new generations that - Anything can happen… if you let it.