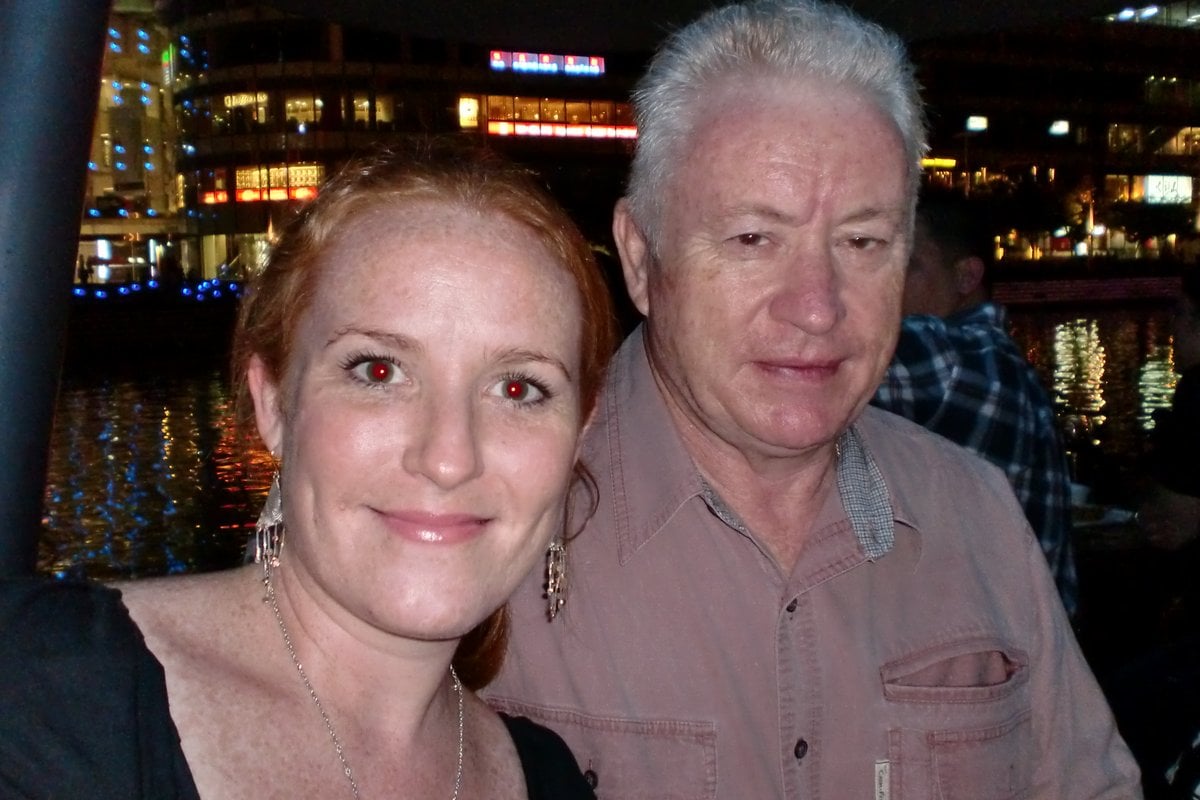 I had a terrific childhood and have wonderful memories of our close, loving family. I was a Daddy’s girl, I adored him.

I was 23 when he broke my heart and tore our family apart with his lies and deceit.

One evening in 1998 while I was living in London, I received a phone call from a hysterical woman demanding to know where my dad was. She was angry and frantically firing questions at me about his whereabouts.

I thought it was a hoax. I was confused and becoming agitated. Alarm bells started going off in my head. She said things about me she couldn’t have known unless she knew of me.

I drove from London to where my parents were living at the time in southern England and confronted my dad. He had no choice but admit to it all.

He had been living a double life for eight years; he had a son to her; he had married her. He was a bigamist.

My mum knew about the affair but thought it had ended years before. She was mortified to learn the extent of the deceit, that he had been living two lives 100 kms apart.

Our lives, everything we believed was shattered. 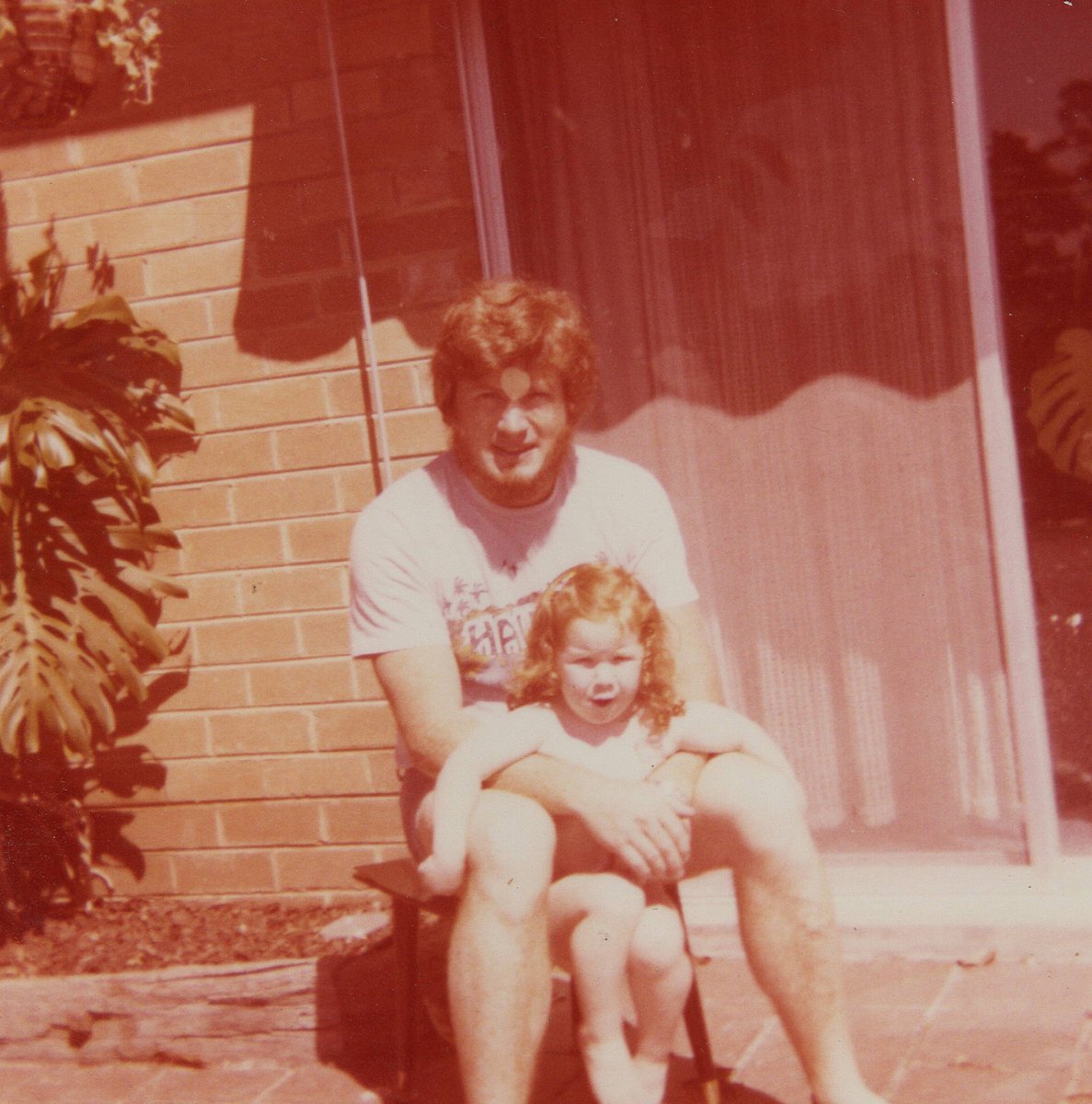 A decade later I went to Singapore to visit him and his second wife in an attempt to repair our splintered relationship. My brother was living there and encouraged me to visit, to accept the past and forgive.

I went full of hope that we could have a relationship again. All was going awkwardly okay, and I began to think we could find that new normal.

One day during my visit, Dad took me out for lunch. Delicious Singapore dumplings, my favourite.

Our lunch conversation turned to the past, the present and some difficult questions that I needed to address.

Dad was uncomfortable and distant. He finally told me that he had met THE love of his life and was ending his second marriage to be with her.

Turned out she was very young - my age, which stunned me. There was a child, and another on the way (and years later, a third child).

To say I was shocked would be putting it mildly.

I had been angry with my dad for years. I had finally decided to try to resolve things, and here I was finding out he had done it again. Living a double life, more kids, and breaking the law with bigamy. Again.

My anger exploded. I got up, pushing the table and the dumplings all over him and off I walked out in a raging fury.

In the years after that, we had a fractured and tense relationship.

Fast forward a decade and Dad was diagnosed with terminal prostate cancer. He had a couple of years at best.

For years prior to his diagnosis, we’d had a splintered relationship.

He had been living back in Australia and we’d seen each other now and then. I had provided a lot of financial help, and reluctantly been involved in too much of his personal life. At the time of diagnosis, we had regular contact on friendly, albeit difficult terms.

On his deathbed Dad asked me if I would promise to always look after his three young children from his third marriage.

It was all in the wording, the desperation. He did not ask me to look out for them, or be there for them, be a supportive sister to them. All those requests were acceptable ones. He asked me to “look after them”, in every way that means.

I held his hand and said, “Yes, of course Dad, please let go and be at peace.”

My dad was suffering a long and cruel death. I could ease his emotional pain by agreeing so he could die as peacefully as possible. That was the dutiful thing to do.

That was the last verbal conversation we had; he died two days later. My brother and I did not leave his side. He died surrounded by love, whisky, and music.

Later the enormity of his request weighed heavily on me, the responsibility and the expectation. Anger set in, the audacity to even asked me after everything, and in these circumstances.

It should have been a rational two-way conversation. We’d had time to talk during long chemo sessions, through the waiting in hospital, the times he stayed with me, leading up to my wedding in 2019, and in his final months. 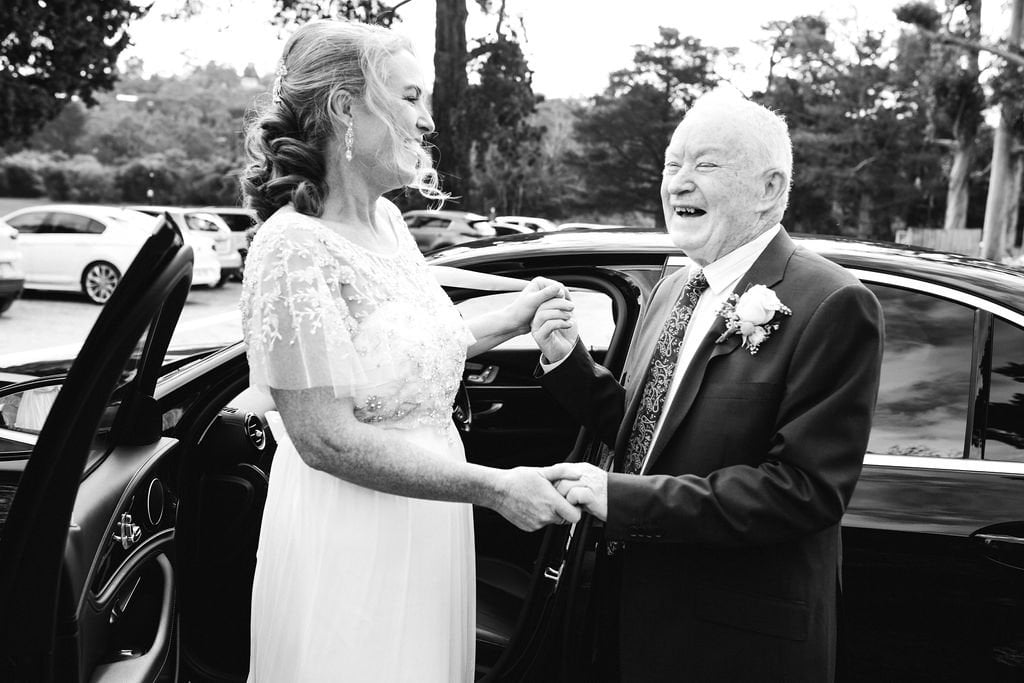 He probably would have asked in the same way – he wasn’t known for decorum! But I would have had the opportunity to say that it was an unacceptable request.

Yes, I would always look out for them, to support them, to guide them. I could have expressed that I was happy to take on that role, but anything more would be an unfair expectation.

I dug deep in those final days, afraid of saying goodbye, holding onto angst.

I felt deep regret leading up to his death and I felt duped. I had often initiated conversations with him to resolve the past, but these chats were challenging for him, he said very little.

He was contrite for sure, he was aware of the effects on me, on us all, but he never really gave me enough for me to mend properly.

Grief was incredibly conflicting initially. There was the practicalities and logistics to attend to. Plus, I sidelined my own grief to look after the kids and ensure they were ok.

I love the kids very much, I want to be a great big sis. My heart breaks for them missing out on Dad so young. They deserve all the best of life.

But I’m learning it’s not my responsibility to ‘look after them’ as requested. I’m learning my boundaries and what I can do, so that we have a fulfilling and positive relationship both ways.

I wish Dad had given me the choice rather than the last moment desperate plea that evoked my sense of duty. He knew I would say yes, and that’s the part that vexes me.

Being part of the SBS Insight episode about Deathbed Confessions & Promises opened my eyes to how common this experience is.

The end of someone’s life forces many people into situations they’d never dreamed they’d end up in. Being on the show has been strangely cathartic for me, talking about it so publicly has helped me in ways I hadn’t expected.

Nearly two years on and I am learning to accept the past, be content with his passing, and the anguish I still had at the time.

It’s a work in progress.

You can watch Megan’s story tonight on SBS Insight at 8.30pm and on SBS On Demand.