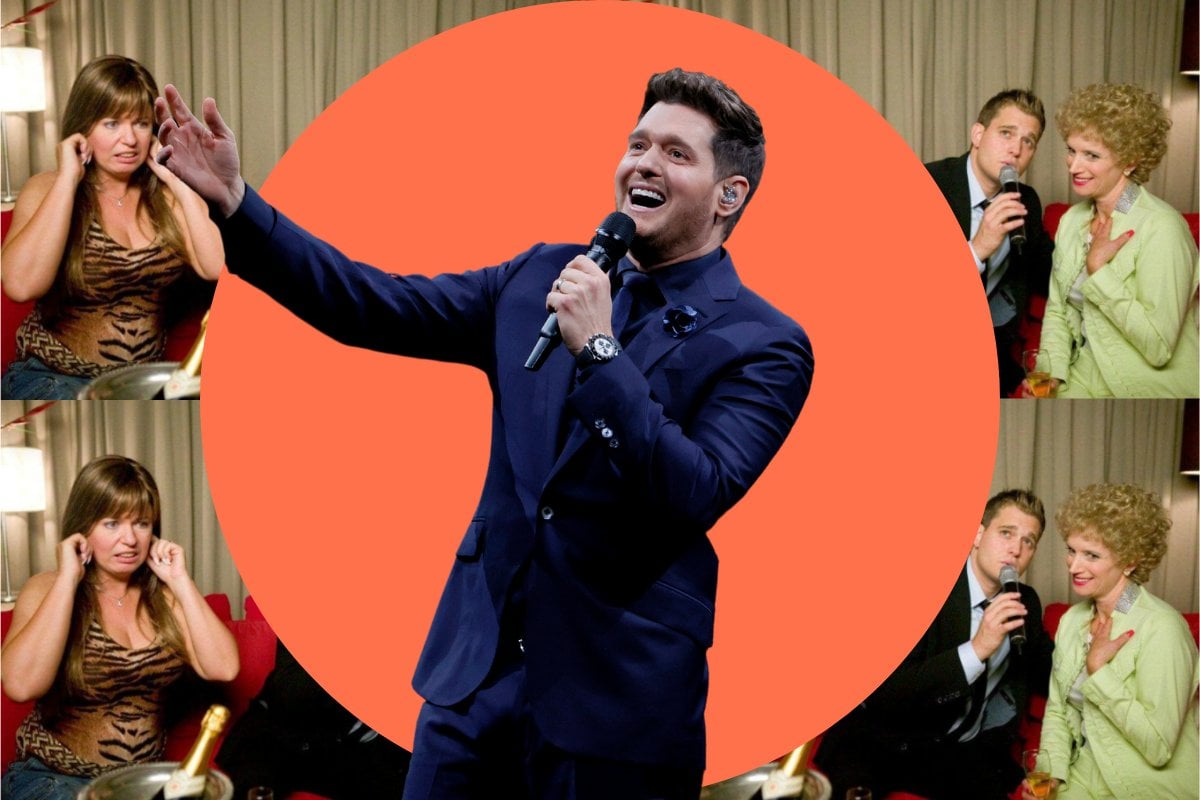 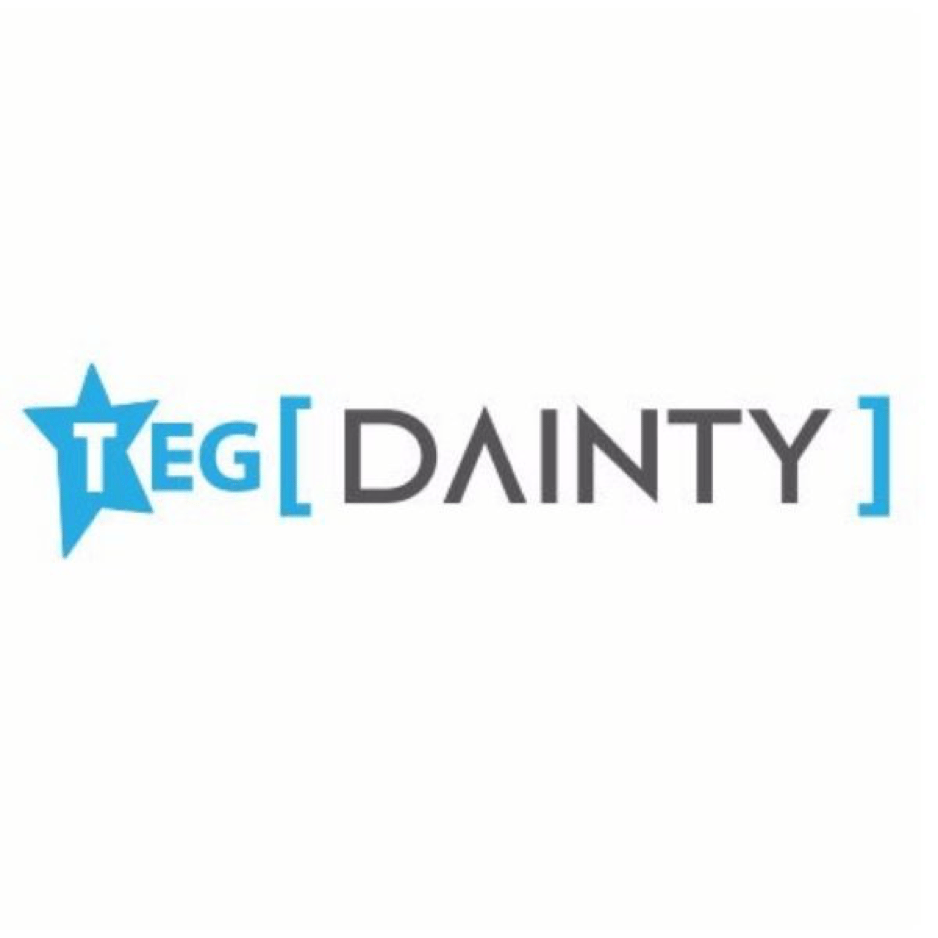 Thanks to our brand partner, TEG Dainty

Michael Bublé is more than a household name.

He's an institution. A feeling. A vibe.

A crooner with an incredible voice and the ability to laugh at himself, Bublé provides the perfect soundtrack to a chilled night on the couch or a bustling dinner party with friends.

He sells out packed arenas, but makes you feel like you're the only person in the room. He's the reluctant 'King of Christmas', who once starred in one of the greatest Aussie movies of all time.

But most of all, Michael Bublé is an incredible entertainer who has stood the test of time.

Bublé's latest album Higher debuted #2 on the ARIA chart and in November and December 2022, Bublé will finally return to Australia for his Higher tour, presented by TEG Dainty. Featuring brand new music from the album, including singles 'I'll Never Not Love You' and 'Higher', tickets are now available only through Ticketek.

Here are the 5 most iconic moments from Michael Bublé’s career.

1. The Canadian Prime Minister lead him to his first big break.

Michael Bublé is nothing if not persistent.

Bublé grew up in Burnaby near Vancouver. When he was 18, he entered a local talent contest and won. He was later disqualified for being underage, but the contest organiser then entered him in the Canadian Youth Talent Search, which he also won.

For seven years after this, Bublé performed wherever he could including clubs, conventions, cruise ships, hotel lounges and shopping malls.

One time he performed at a party where Michael McSweeney, an aide to former Prime Minister Brian Mulroney, happened to be. McSweeney showed a copy of Bublé's self-funded independent album to Mulroney and his wife, and Mulroney asked Bublé to perform at his daughter's wedding.

In the crowd that night was multi-Grammy Award-winning producer and record executive David Foster.

While Foster was initially concerned that Buble's "jazz sound" wouldn't sell, after the singer moved to LA and raised $500,000 to cover production costs, Foster relented.

The rest, as they say, is Bublé history.

2. He met Emily Blunt at The Logies. 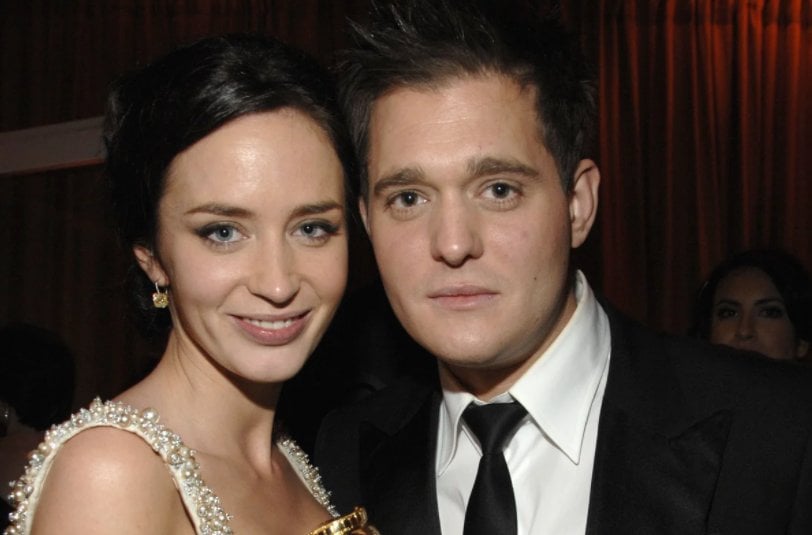 By 2005, Bublé was a household name in Australia.

He was so popular that he attended that year's Logie Awards in Melbourne.

It was here he met British actress Emily Blunt - but both were in relationships at the time.

A few months later, both were single and Blunt found herself backstage at a Michael Bublé show (as you do).

In 2007, Bublé told The Times they hit it off very quickly.

"I tried to move slow because we'd both just come through break-ups but the truth is I was pretty much instantly infatuated.

"I mean, forgetting for a moment how beautiful she is, she's got this wonderful personality and... Anyway. Because I was very quickly so crazy about Emily, it felt like there was a lot riding on how it went when I first met her parents."

As thus, Bublé gave us one of the most unexpected celebrity pairings of all time. 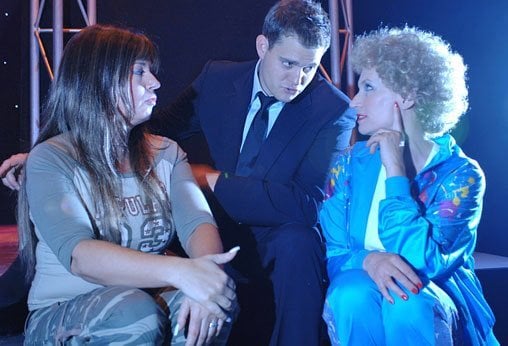 In the same year as the Logies, Bublé made a cameo appearance in Da Kath & Kim Code as... himself.

In the movie, Bublé performs at Carols by Candlelight in Melbourne, with Kath and Kel as his backup dancers. Kath, of course, ends up developing a big stinking crush on the Bube. Which leads Kel to let out his "green-eyed monster" and punch Bublé in the middle of the performance.

It's noice, it's different, it's unusual.

4. He released the greatest Christmas album of all time and accidentally became the 'King of Christmas'.

The thing went gangbusters and inadvertently gave the singer the nickname the 'King of Christmas'. 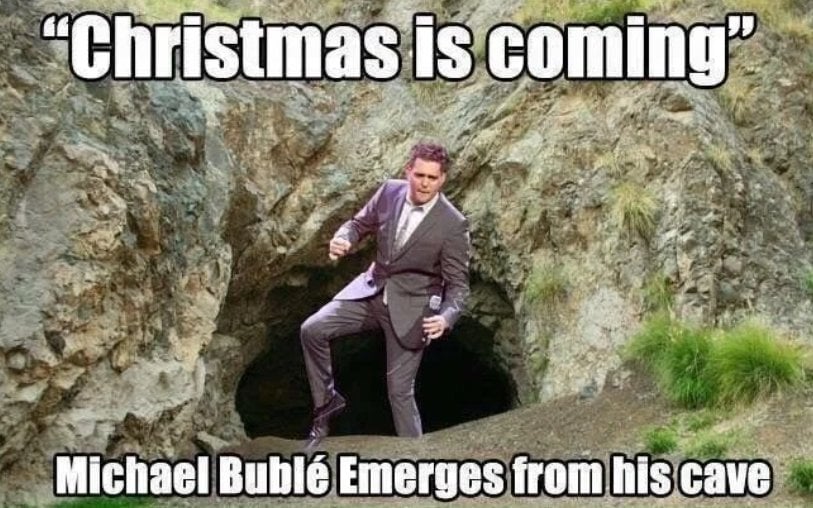 In 2018, Bublé told Graham Norton that he regretted his much-loved Christmas album, which made him so synonymous with Christmas there is a meme that circulates every year, around November, of him emerging from a cave.

"You notice I don't find that as funny as everybody else?" he said on The Graham Norton Show.

"Do you know how many a**hole friends I have that think that I haven't [seen it] and send me it and go, 'Look at the meme they have!'

He said he somewhat regretted the album, because now there "really are" people who think he lives in a cave. But it's not all bad.

In recent years, Bublé has began to embrace his role as the 'King of Christmas' and who can blame him, the memes are so good!

5. He surprised a couple on The Late, Late Show.

In 2018, Bublé appeared on the Irish version of The Late, Late Show.

He was being interviewed by host Ryan Tubridy when he suddenly stopped the interview and announced that he had a "problem" with David O’Reagan, who was sitting in the front row.

Bublé then handed David a ring, before the Irishman got down on one knee and popped the question to his partner of six years, Ashley Kiely.

David and Ashley's wedding was postponed twice due to COVID.

In April, the couple returned to the show and Bublé - dressed in a disguise of a face mask, glasses and a PVC jacket - secretly sat beside them.

Tubridy asked the couple if they had booked a wedding singer yet, saying: “Why don’t you ask [Michael Bublé], he’s sitting beside you.” 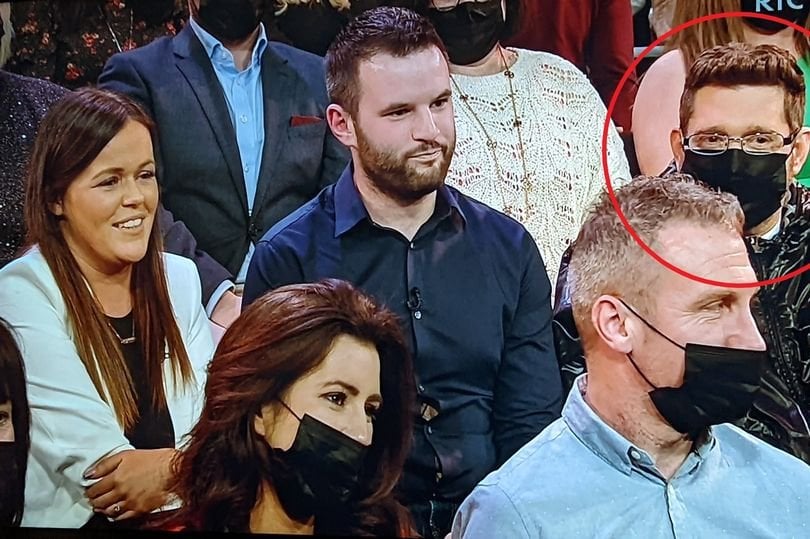 Bublé then took off his mask and revealed himself to the shocked couple.

I guess they just... hadn't met him yet.

Michael Bublé’s 6-city tour kicks off in Newcastle on Wednesday 30 November before touring to Perth, Melbourne, Adelaide, Sydney and Brisbane.

Tickets are on sale now, only from Ticketek.

Multi-award-winning, multi-Platinum-selling global superstar Michael Bublé will make a welcome return to Australian stages this November and December. Michael Bublé’s 6-city national tour, including new shows just announced in Melbourne and Brisbane, kicks off in Newcastle on Wednesday 30. Tickets are on sale now, only from Ticketek.