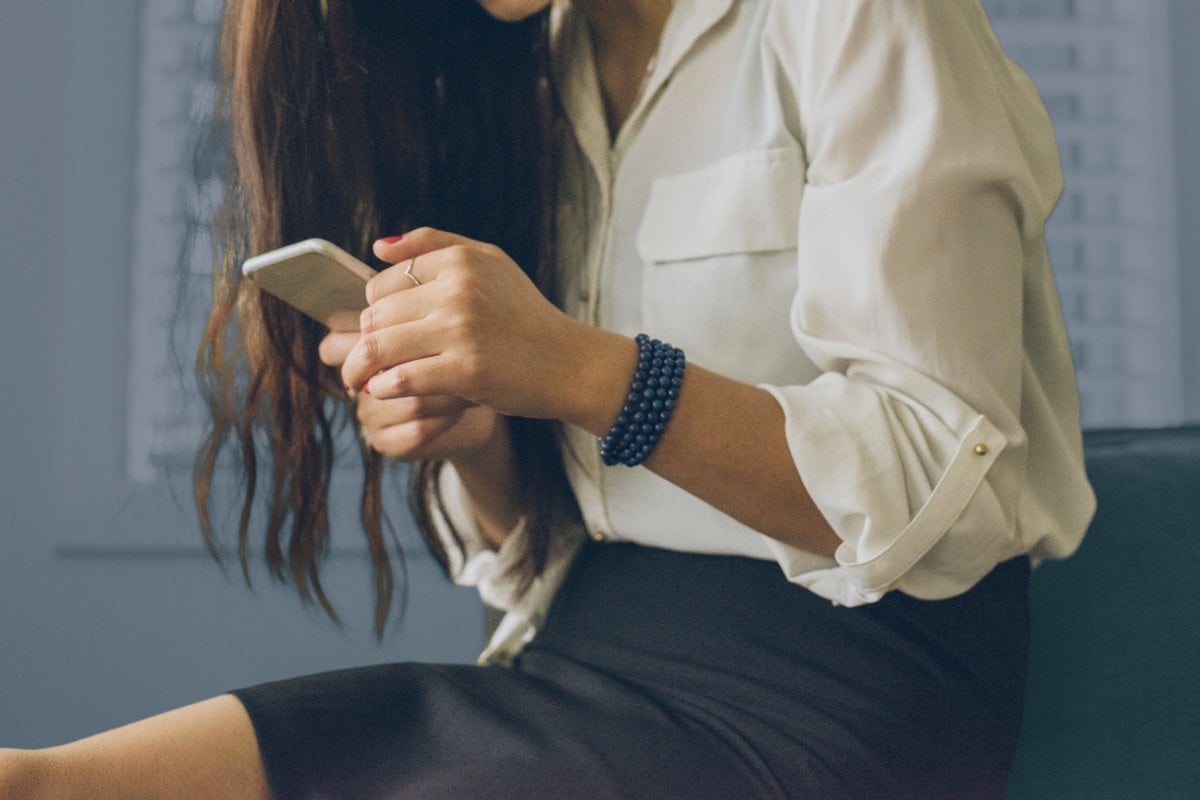 In the middle of a long-term relationship, my boyfriend at the time received a half-naked photo a girl had sent him.

I can’t remember the exact response, but it was something like, "No, thanks."

I’d been with him long enough almost to expect the bare minimum, so I think at the time I was just happy he wasn’t encouraging. Mind you, I never got to see the text message chain before the nude was sent.

He swore the nude photo was sent out of nowhere, but I really doubt that story in retrospect. I’ve never sent a random man a nude photo unprompted and I’ve yet to meet a woman that has.

We fought about it at the time, but he very much sat in the camp of it was no big deal and I was being dramatic and annoying.

He also refused to admit he had showed me wanting a reaction. Interestingly, although we didn’t break up until years later, that nude photo often played on mind.

Was it cheating? Was it not? Was it a power play? He was always dismissive about the whole thing and acted like I was crazy for even caring, but I could never forget how smug he was about showing me in the first place.

In our world of technology, where we all have Instagram, Snapchat, and are all constantly texting, there are all these new ways to cheat or act disloyal.

I’ve since dated a guy who didn’t understand why I got upset that he constantly commented flame emojis under various Instagram influencers' photos.

We can all define cheating differently, can’t we?

I can remember when I told my friends about the girl and the nude photo.

It was similar to the flame emoji issue. Everyone had a different hot take, often depending on how their own boyfriend behaved and what they were prepared to accept.

Still, I think we also know what feels right, and what doesn’t feel right.

Yes, it was just a nude photo and as far as I know; it wasn’t evidence of a larger affair, although maybe it was. But how he made me feel really mattered and having feelings didn’t make me crazy or insecure. It reflected the larger issues in our relationship.

I was with someone who did things that made me feel uncomfortable and when I flagged that instead of behaving in a way that would make me feel comfortable; he was defiant.

For instance, he refused to block that girl’s number when I asked him to.

This kind of online micro-cheating is sometimes dismissed as just part of being in a modern relationship, but I think the people trying to push that narrative are often the ones behaving poorly.

You're allowed to have boundaries and feelings, and that doesn’t make you weird, crazy, or possessive.

When I was younger, I was so desperate to please my boyfriend, desperate to seem cool, calm and not crazy. So I went along with so many things that made me uncomfortable from sexual acts to dismissing a nude photo from a girl.

In that relationship I became the girl that wanted full access to her boyfriend’s phone, that went through it once when he was sleeping and demanded he text me after a boys' night to make sure he got home safe. I got a bit intense, but at the time I just thought it was a reflection of who I was.

In my current relationship, things are very different. I don’t want access to his phone, I don’t worry about what time he gets home, and I don’t find myself scanning his social media for potential cheating clues.

Now that I’m with someone I trust, I can really see and feel the difference.