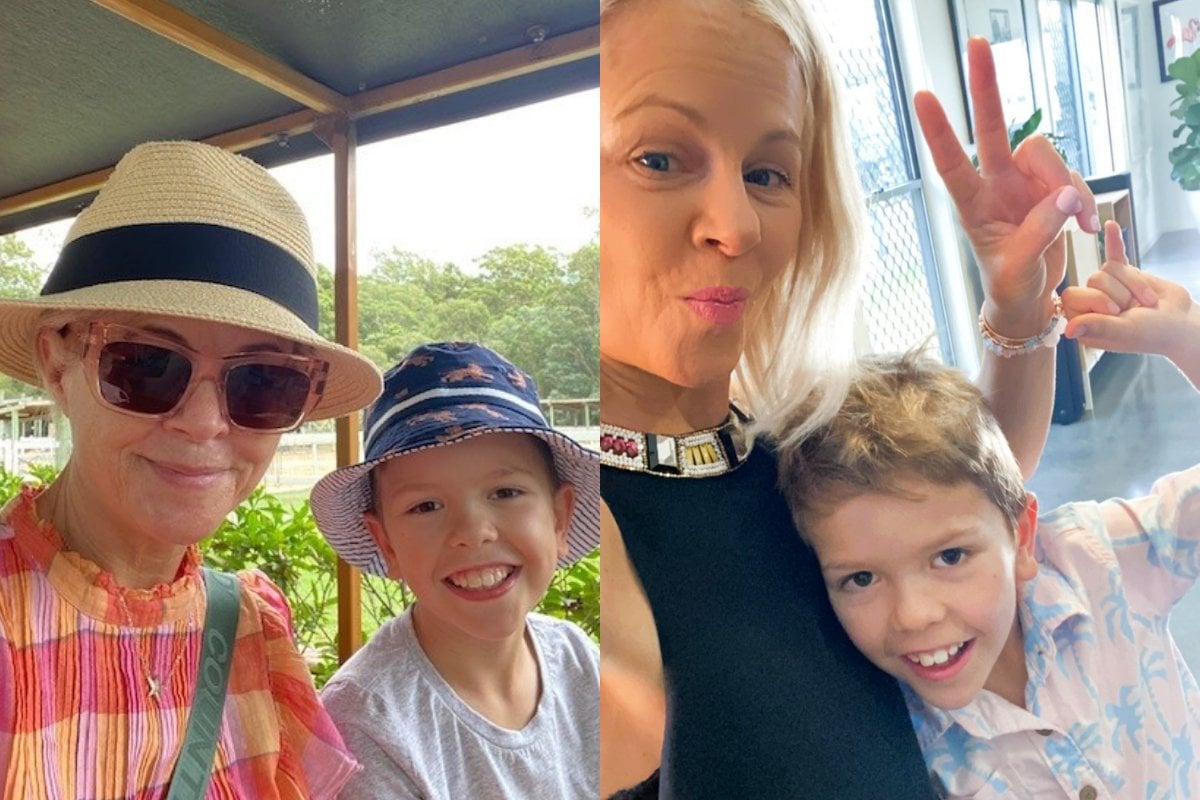 There is a universal law that exists that states that the end of a school term pretty much sucks. The level of suckiness depends on whether it is term one or term four, but overall, the week leading up to the school holidays is long and exhausting and, in my case, rarely my finest work.

At the end of term four last year, my son was defeated and ready to crack. This was new ground for us, and the morning routine was precariously close to being derailed.

Drop-off time was rapidly approaching, and Charlie was languishing on the couch; the whereabouts of his shoes unknown, and the desire to locate them sorely lacking.

I was mentally scrambling my way through my morning to-do list and with no space in my head to make a mature and rational choice, I did what any sound and patient parent would do; I lost my sh*t, yelling that he needed to get to school, and I needed to get to work.

In response to my sh*tty parenting, he burst into tears and asked me, "What is more important, me or work and money?"

That was the moment I thought I might well die of guilt or sadness; guilt, being the punishment for my failings.

I hugged him tight, and it was only the lure of it being tuckshop day with a hot dog and a Zooper Dooper on offer, did we make it to school. It would have been ill-timed to remind him that the iPad he wants for his ninth birthday would be courtesy of said work and money.

Ridden with guilt and questioning my worthiness as a mother, I did the 'cry drive' to work - that is, the cry that happens that moment you are in the car, mercifully alone and unguarded; perfect crying conditions really, notwithstanding the need to reapply my makeup when arriving at work.

It was not just the guilt that made me cry, but the feeling of deep regret which dared to consume me. I began to wonder if guilt will always be this constant and unwavering thing that eventually transforms to regret, and I remember someone once telling me that motherhood is like taking your heart out of your chest and handing it to your child and holy sh*t, they were not kidding.

For a while now I have wrestled with writing about mother's guilt, wondering if there is anything more to be said that hasn’t already been analysed and unravelled. Guilt feels like a fundamental part of parenting deserving of its own chapter in What to Expect When You're Expecting. Motherhood can feel like we are left floating out to sea, and guilt is the water we wade in.

I don’t need to write, but my desire to spend an hour at my computer instead of jumping on the trampoline with my child elicits further thoughts in my head that I am not enough for him, I am not doing enough. So, I bargain with him, give me five minutes to finish this and then I will come and jump with you. But is what I’m doing more important than jumping and who gets to decide?

It is not always the big stuff. I still carry the guilt of not doing baby led weaning. I wonder if I would have a fussy eater if I had handed my child a lamb chop to gnaw on instead of pureeing his food incessantly.

For the last couple of years, my husband has been the go-to parent for the school sports carnival. Charlie has loved his presence, but for him the day is more about the social activity and less-so about winning races. He often does not even want to run in his race, simply happy to be on the sidelines. Anyway, neither of us could go to the last carnival, work commitments made it unworkable, and Charlie was untroubled by this.

I was at my desk when my phoned pinged and saw that it was a text from a school mum. I stare at my phone screen and all I can see is my son, his sweet face lit up in his eyes as bright as stars. He is holding a ribbon, a blue ribbon no less, he won for coming first in his race. 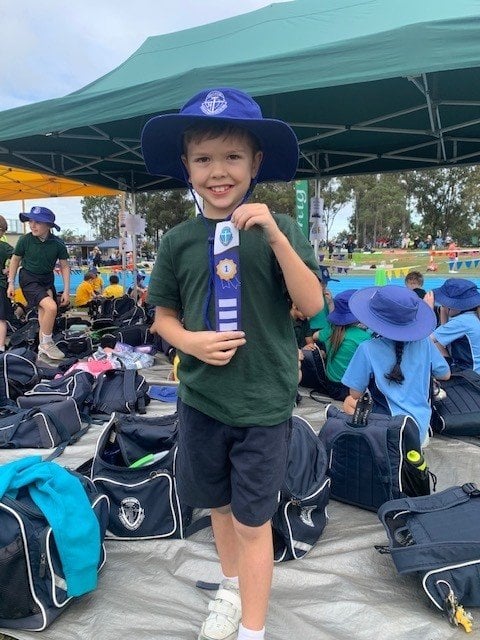 Charlie after the race. Image: Supplied.

Instantly I felt immense pride... only for it to be crushed by the heaviness of guilt.

Telling us to get over mother's guilt is unhelpful, doing so only serves to invalidate an emotion that may well exist in spite of everything we do or don’t do. We cannot push it aside, ignore or deny it. Doing so would suggest that it should be something to hide from or get over.

My guilt does not exist because I work too much or because I don’t have my priorities in order, it would always exist but just in another form or shape.

Instead, we need to normalise it for what it is because when we do so; we are reminded that we are not alone and not at fault. Sharing the angst of the guilt load in the same way we share the challenges of the mental load. I am no longer seeking ways to overcome my guilt as if it is a part of me that needs to be fixed. Instead, I have come to a place of acceptance.

Listen to This Glorious Mess, where Dr Sophie Brock, Motherhood Studies Sociologist, joins us to debunk mum guilt and how to we can change it. Post continues after podcast.

Perhaps I will look back on this and wish I had known better. The same way that I look at baby photos of Charlie and wish I had enjoyed those times more, because the time goes by so fast, as we are constantly being told. But if we could do better, we would have.

The school newsletter hits my inbox and I scan to the calendar of events. I already know my tuckshop duty day, but that is not what I’m looking for. I find the date and mark it in my diary. I will be out of the office that day, there is a running race I need to watch.

Reply
Upvote
My rule of thumb is that kids always want 10% more than you can give them. It doesn’t matter how much or how little you give them. They want more. Its a function of their imaginations and aspirations and has little to do with their mum and what she’s done or failed to do. Kids can imagine a world with slaves and no work or school. What a great imagination! It’s a shame it’s never going to happen and that’s not mums fault.
News
General
Opinion
True Crime
Politics
Sport
Explainer
Entertainment
Celebrity
Reality TV
Movies
TV
Books
Rogue
Royal
Lifestyle
Beauty
Fashion
Weddings
Home
Wellness
Health
Fitness
Travel
Food
Parents
Before The Bump
Pregnancy
Baby
Kids
Teens
School
Parent Opinion
Work & Money
Money
Finance
Career
Lady Startup
Relationships
Sex
Dating
Separation
Friendship
Family
Real Life
Couples