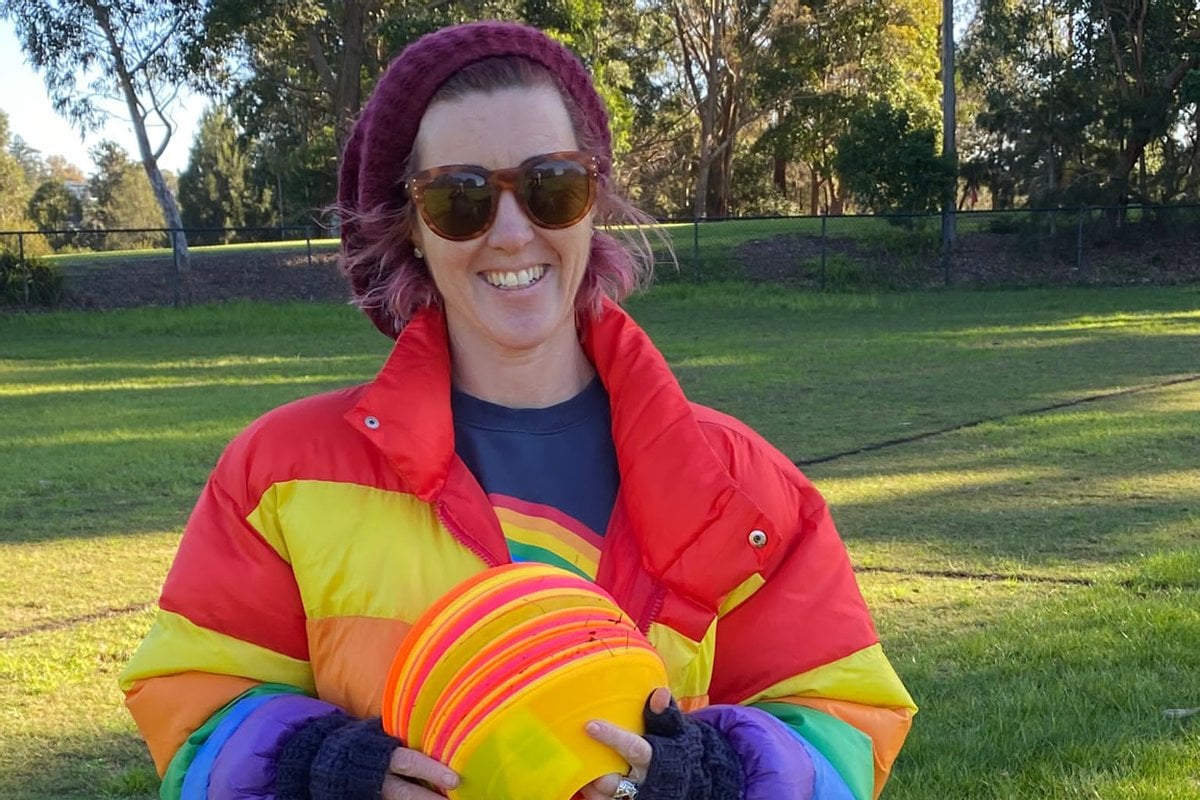 The best way to describe my fashion style is... colourful. I have one black dress in my wardrobe I bought to look professional. It’s not me. It taunts me from the hanger. I flip between selling it on Facebook Marketplace and keeping it as a reminder that black isn’t my thing.

Enough about black; I’m boring myself.

Since wearing a tartan silk bubble skirt to my school formal in the 90s, my love affair with colourful clothing has continued. Until now. Because the teens aren’t happy.

While you're here, watch the Mamamia team confess the fashion items they've blown too much money on. Post continues after video.

As toddlers, they might have thought that their mum wearing play dough coloured clothes and tutus was cool. But a teen does not.

I’ve seen the embarrassment of mates asking if I really have pink hair. They have also asked me to wear 'normal' clothes to watch the rugby.

I have lost countless nights' sleep worrying about whether I should tone it down for the kids. I mean, I have always said I’d do anything for them. Is it too much to ask that I dress differently to look normal? Am I risking my precious relationship with my teens by not changing for them?

Yep, mum guilt is real. Even when it’s simply about what I wear and how I colour my hair...

So, what did I decide?

Well, the title of the story gives it away.

When I say I did nothing, I mean I did nothing about my appearance. Instead, I explained why I wear the clothes I do, and I hope they can be okay with it.

This is what I told them:

I want them to see me.

Not in a profound and philosophical way, but literally, physically, see me. I have spent the last decade spending my Saturday and Sunday mornings on the side of a sporting pitch, yet I can’t tell you how often I get told that I never go to games.

So last year, my gorgeous mother bought me the brightest puffer jacket ever made, and this year a matching umbrella.

My children can now never claim that I don’t watch them because they can see me from two fields away.

I sometimes get it wrong by choosing to wear colours and patterns that should never go together. I will see myself in the mirror at work or in a shop window and think, 'What the hell am I wearing?' But if you can’t take risks with fashion, where can you take risks?

Life is about making mistakes, learning from them, and making different mistakes. Fashion is a great place to learn to fail because the cost is low, and the second-hand market is flourishing.

My clothes and hair are just another representation of who I am, just like the work I do, the way I parent, and the hobbies I love. Trying to be someone else at 15 or 45 will never make you happier.

I dress how I want to feel.

Dopamine dressing. Fake it till you make it. Mind over matter. Whatever you want to call it, when I wear bright colours, I feel outgoing, creative, and engaged. 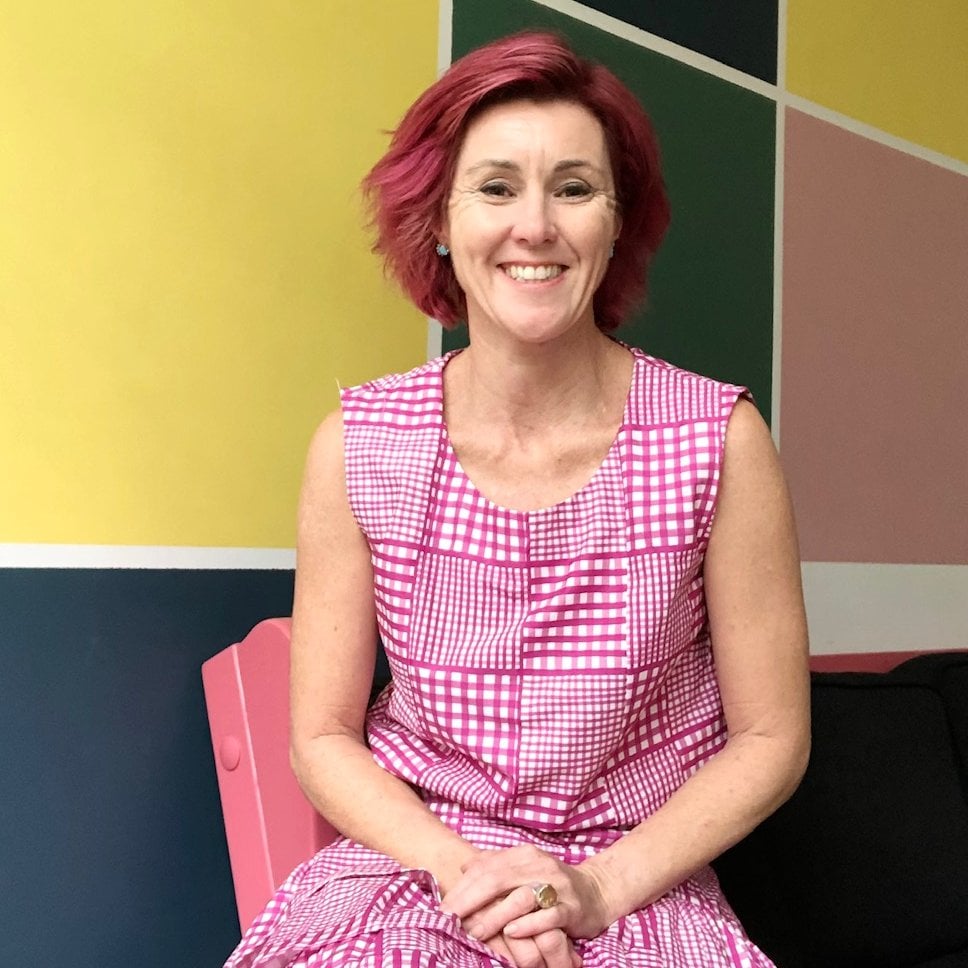 It is not a magic bullet for those days when I feel exhausted and anxious, but I don’t want to linger in colours that make me feel gloomy and down.

No one else cares.

I saved the best for last. I lie; my daughter did.

At this point, she so articulately concluded, 'Why does it matter? No one else cares.' And she is so right.

We (kids and adults) are so engrossed in our own families, kids, and careers that we rarely pay attention to what other people wear. I can’t remember what I wore yesterday, let alone a friend or stranger. So why dress for others who aren’t paying attention, anyway?

Listen to Mamamia's What Are You Wearing? Join stylist and activist Deni and Mamamia's Head of Lifestyle Tamara bring you the podcast for your wardrobe. Post continues after podcast.

I will not wrap my somewhat wayward sense of style up as 'living my best life' or 'empowering my children to discover themselves'. Because it’s not. It’s just clothes. Colourful clothes that rarely match but make me happy. And if it weren’t my wardrobe that made the kids roll their eyes, it would be something else.

So if you see me at the local rugby or netball club watching a game dressed in a rainbow puffer with yellow gum boots and bright pink hair covered in a red beanie, please come say hi! I need all the support I can get!