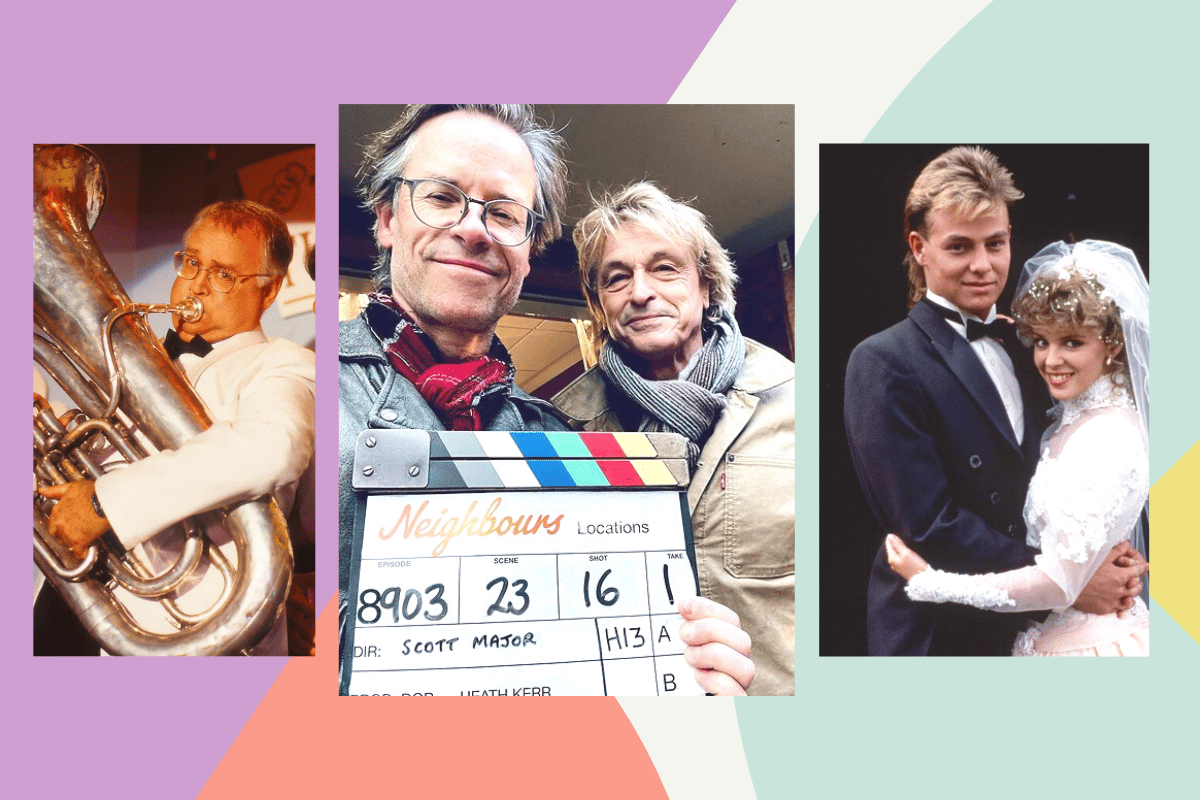 As filming on Neighbours wraps up this week after 37 years and close to 9,000 episodes, it seems fitting to honour the end of this iconic Australian TV show with some of my favourite Ramsay Street memories.

At school, the show was always a hot topic of conversation. And after school ended, we would rush through our homework and sit glued to our television sets for a daily 25 minute dose of Aussie sunshine and drama.

Watch the OG Neighbours intro for some serious 80s vibes. Post continues below.

On big episode days, I would call my best friend Katie (on the landline, of course), to talk over major plot points. The wedding of Scott and Charlene was one such moment of magnitude that required serious discussion. The dress! The hair! The song!

It wasn’t just the allure of the beautiful, sun-kissed actors or the wild storylines that got us hooked, either.

Living in the UK, there were a lot of 'cultural' differences on the show, like the fact that seemingly everyday people had swimming pools and kids went to the coffee shop for a milkshake BEFORE school. (Wait, it isn't dark in the morning?!)

So, after some serious discussion in my WhatsApp groups, here are seven of my favorite Neighbours memories.

While Scott and Charlene got hitched in 1987, in the UK, 20 million people had to wait until late 1988 to watch it with their supper.

It's hard to convey just how big Kylie Minogue and Jason Donovan were in the UK at that time, and their on screen nuptials were - to a then eight-year-old schoolgirl - the epitome of wedding day chic.

Charlene's lace dress, her hair all piled up on her head with the baby's breath scattered throughout, her handsome husband Scott with the tidy mullet and bowtie combo. It was ICONIC.

And let's not forget the seriously anthemic power ballad 'Suddenly' from Angry Anderson, which I had on vinyl and played on repeat.

I still get goosebumps when those drums kick in. I challenge you to sing, 'Suddenly you're seeing me' at a Gen X woman and if she doesn't sing back, 'Just the way I am', there's something wrong. 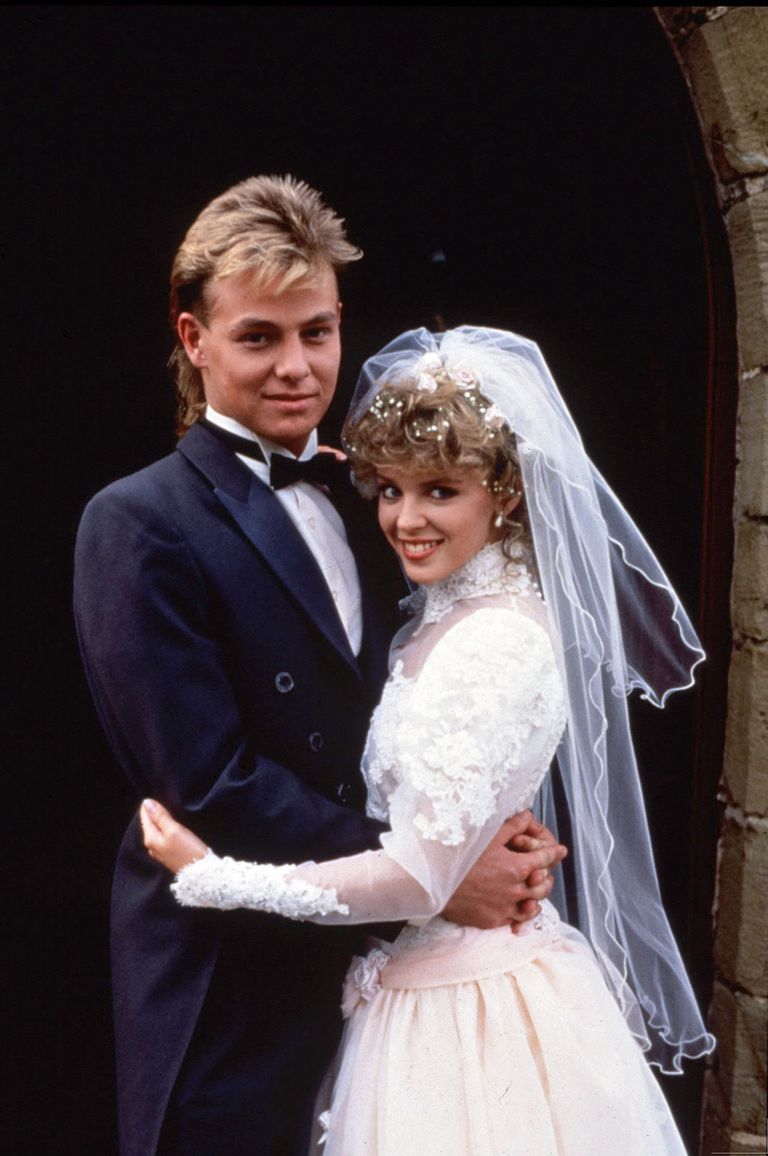 Another Ramsay Street golden couple, Des and Daphne Clarke (played by Paul Keane and Elaine Smith), meet in episode one when Daphne is the stripper booked for Des' wedding. Des is jilted at the altar and soon falls for Daphne. Classic Romeo and Juliet stuff.

But it's not the wedding I remember. It's Daphne's coma post car accident when she briefly wakes to tell Des she loves him before dying in his arms.

I still think this is one of TV's saddest moments in history. 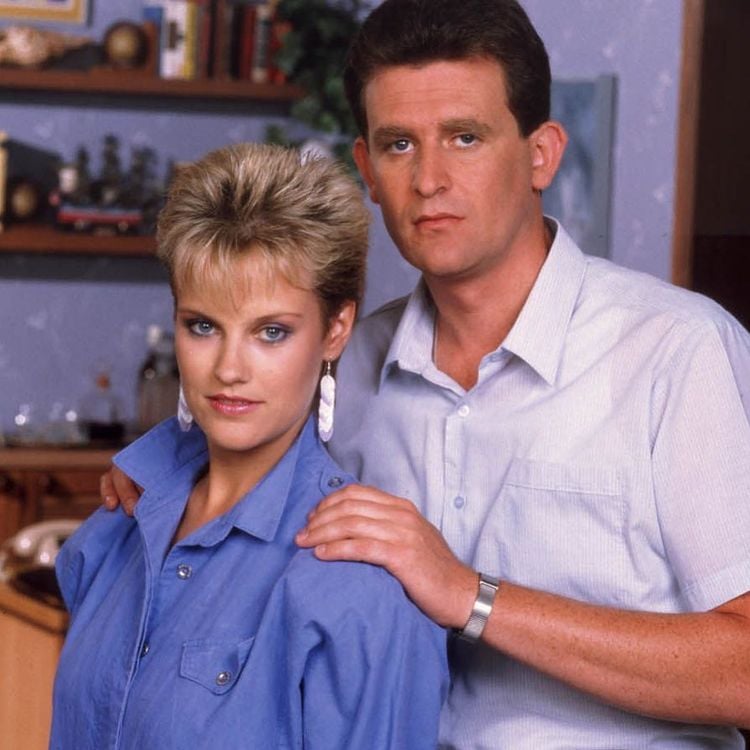 The character of Jane Harris, played by Annie Jones, first appeared in Neighbours in 1986 as Mrs Mangel's granddaughter. She gets given the nickname of 'Plain Jane Superbrain' because she is smart but also wears glasses.

She later gets given a makeover by Helen Daniels (her hair is curled and her glasses come off) and suddenly everyone sees her, just the way she is. I thought she was the coolest, most stylish girl ever - even with the glasses.

Jane gets together with Erinsborough High's top spunk, Mike Young, played by Guy Pearce, and it seems like a proper Cinderella story. Until Mike meets some girl in Canberra after a four-day study trip and breaks Jane's heart. (I still haven't forgiven Mike.) 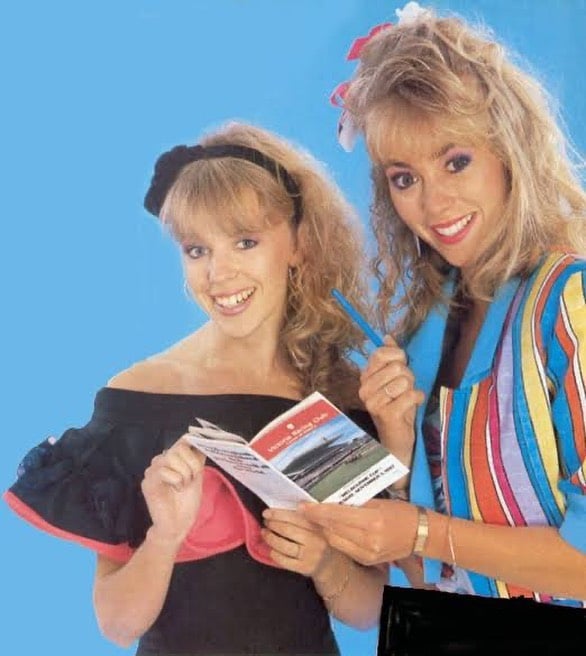 Kylie and Annie as Charlene and Jane. Image: Instagram.

Harold Bishop, played by Ian Smith, was a Neighbours icon. When he met a mysterious end in 1991 after being washed out to sea, I was rather sad, especially for his lovely wife of only three years, Madge (played by Anne Charleston).

We all mourned his death, but then couldn't believe our eyes when five years later, a Salvation Army volunteer with the name Ted turned up looking remarkably like the OG Harold.

Turns out, Harold suffered amnesia after the near drowning and was back. Thank goodness!

He was soon in full Harold mode, shaking his head and playing his tuba. 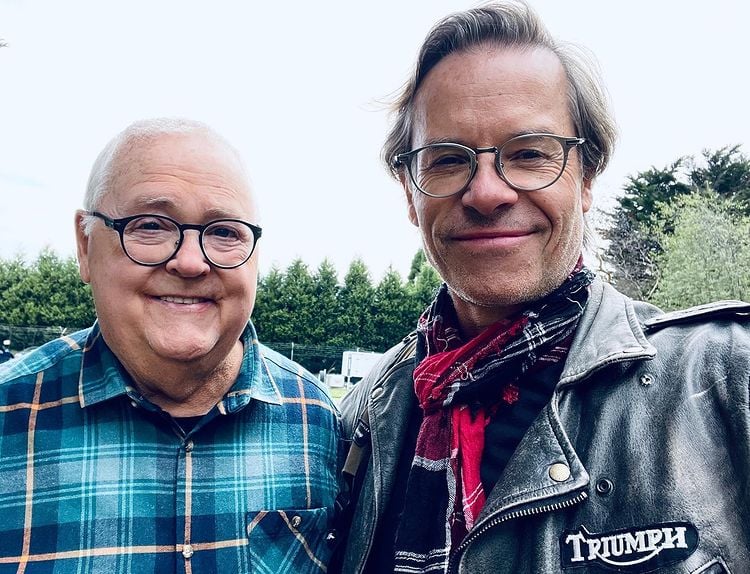 5. Baby Sky gets bitten by a redback.

Harold's daughter, the hippy character of Kerry Bishop (played by Linda Hartley-Clark), arrives in Erinsborough in 1989 as a single mum to baby Sky. She marries the rather lovable but hapless Joe Mangel (played by Mark Little), before tragically being shot and killed while pregnant at a protest.

Her short stint on the show is most memorable for the time her toddler daughter gets bitten by a redback spider and is rushed to hospital, but thankfully recovers.

As a Brit, this storyline instilled my fear of Australian spiders. But despite having lived here for over 20 years, I have not been bitten by a redback or a spider of any sort.

There is, of course, still time.

6. Bouncer gets married in a dream sequence.

Scott and Charlene's big day might not actually be Neighbours' most memorable wedding. That title is surely left to labrador Bouncer and his sweetheart Rosie.

Bouncer was a Neighbours icon, taking part in the show under his real name from 1987 to 1993 and belonging to a bunch of different characters.

After watching Kerry and Joe's Mangel's wedding video in 1991, Bouncer falls asleep and dreams of marrying his BFF, Rosie.

The super strange yet memorable dog wedding filled with flowers and romantic music is the dream sequence that no one asked for. We definitely talked about it on the school bus. 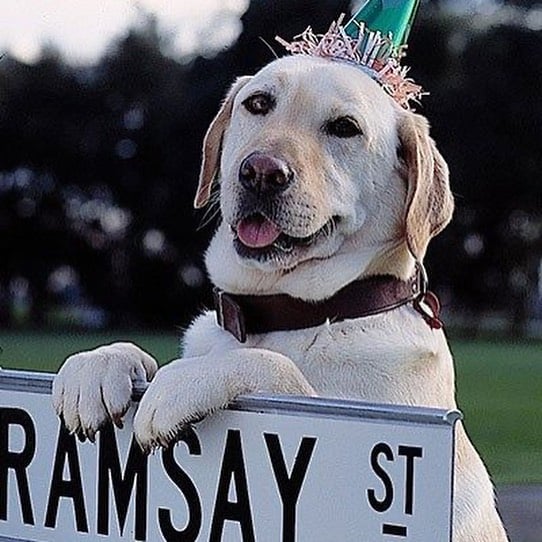 Helen Daniels, played by Anne Haddy, was one of Neighbours'  longest running characters.

She appeared in 1,162 episodes across 12 years. Her peaceful death at home on the sofa surrounded by family was sad, but the special episode culminated with a fitting tribute to the character with flashbacks to her greatest moments on screen. A serious tear-jerker.

By the time of Helen's on screen passing in 1997, I had ended high school and started university. I had moved on from watching Neighbours on a daily basis, but I remember tuning in for this memorable episode.

Thank you Neighbours for the memories. I will definitely tune in to Channel 10 for the final episode on August 1 for a huge dose of nostalgia... and maybe some tears too.

Do you have memories of Neighbours? Share them in the comments below.

Laura Jackel is Mamamia's Family Writer. For her weekly articles and to see photos of her outfits and kids, follow her on Instagram and  TikTok.