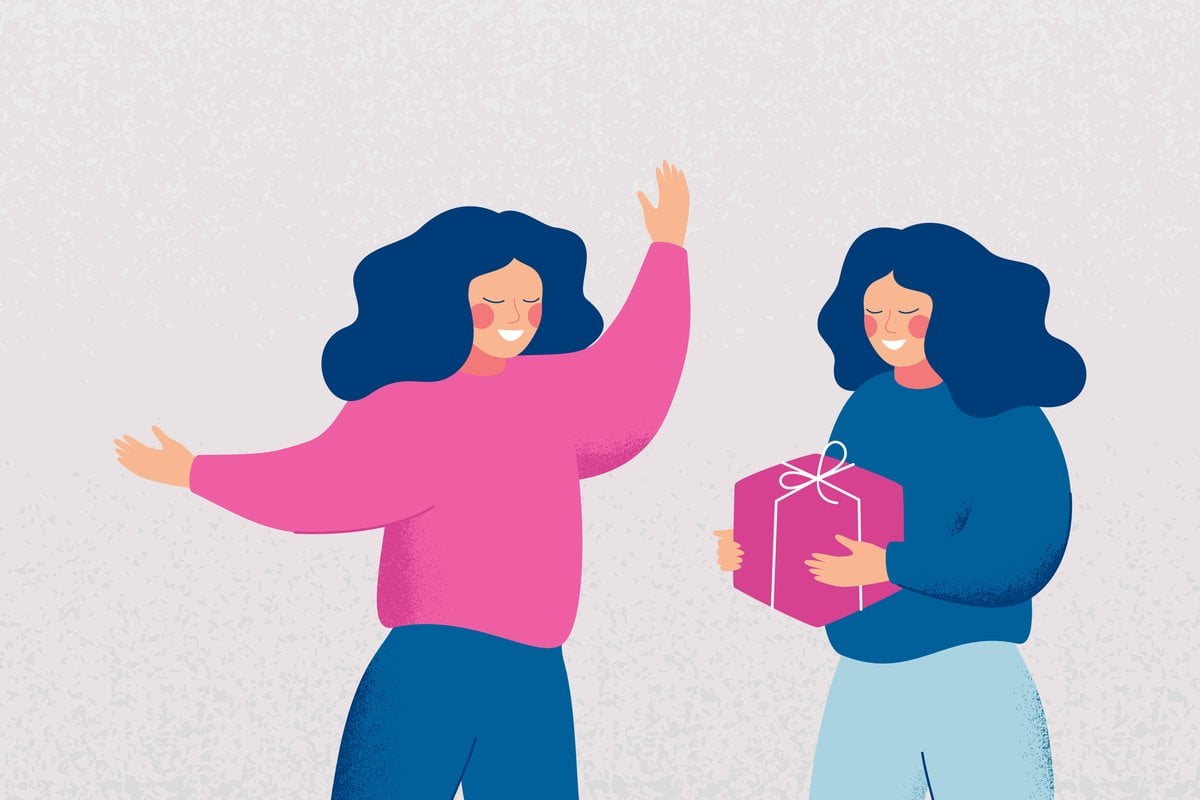 If 2021 could be summed up in a word, it would be "languishing". While the term was originally coined by sociologist Corey Keyes, it was organisational psychologist Adam Grant who turned it into a buzzword in his viral New York Times article.

Listen to the No Filter podcast. Post continues below.

So, just what are givers, takers, and matchers?

According to Grant, these are fundamental styles of social interaction that we find in every culture around the world.

"A giver is someone who is constantly asking, what can I do for you? A taker is the opposite, it's all about what can you do for me? And a matcher is the instinct that most people have when they don't want to be too selfish or too generous," Grant explains. "Let's say you meet a new colleague, for example, you'd say, well, I'll do something for you if you do something for me."

There are different values that underlie these three styles of interaction. "Givers are guided usually by generosity and compassion, takers by personal ambition and matchers by a sense of fairness and reciprocity," he says.

Who is most successful in the workplace?

When he studied the data, Grant assumed that takers would get the best results in the workplace because, as Mia Freedman put it, they're "grabbing all the precious resources". But that's not what he found at all.

"This was very good news, I thought, because takers are very good fakers when they deal with powerful people. Because they think, 'That's how I get ahead. I'm going to impress someone who has influencer status with my generosity but then they realise at some point it's a lot of work to pretend to care about everybody.' They let their guard down with their peers and subordinates who then get to see their true colours," Grant says.

In most workplaces, the default style is matching.

"That means every time a taker takes advantage of someone, there is a matcher waiting in the wings to spread negative reputational information and protect everyone else and say, 'Don't trust this guy. He's a selfish bastard.' And that makes it difficult for takers to continually get away with exploiting people. And over time, their reputations and relationships get damaged. In some cases, they rise quickly but they also fall very quickly."

Grant found that the most successful people in the workplace were actually givers. But, they were over-represented on both extremes because givers were also the ones who failed the most.

"I thought this was an interesting paradox: That being kind to others could sink your career or it could enhance it," he says. "I think it boils down to strategy. What failed givers tended to do was they helped all the people all the time, with all the requests. They either got burned by takers or they burned out because they were doing everyone else's job and never prioritising their own needs and interests."

What happens when a taker is your boss?

"If you have the luxury, you should quit. As soon as possible," he says. "It's really a risky situation to be in. If your career and livelihood is dependent on a taker, that means that your boss is constantly using you for personal gain. You can't count on them to invest in your wellbeing or your development or your success."

But if you're not able to walk away, then an option is to reduce your dependence on them by seeking mentors and guidance outside of them or by transferring your role within the organisation.

Another option is to actually make them more dependent on you so that you are indispensable. However, Grant warns this is a dangerous strategy because "takers are never going to promote you and they're never going to let you leave. If you try, they'll threaten to badmouth you instead of giving you a glowing recommendation or reference."

In news that surprises no-one, givers are mostly women.

The tendency to be a selfless giver is more common in women than men. This worries Grant.

"I think we unfairly live in a world that not only stereotypes women as caring and communal but pressures them to help, even in ways that are self-sacrificing," he says. "In a recent study, it showed that women are actually punished if they didn't want to help. 'What a bitch,' was the typical reaction. And if they do say 'yes' [to helping], they're taken for granted. Whereas for a man in the same situation [who says No], it's 'Oh! Not a problem.' He's supposed to be ambitious and results oriented right? And if I say yes, I get showered with praise and rewards."

As Grant puts it, the outcome is grossly unjust. "I thought that in the 21st century we were rewarding people based on their contribution as opposed to the gender they happened to identify with. I could not have been more wrong."