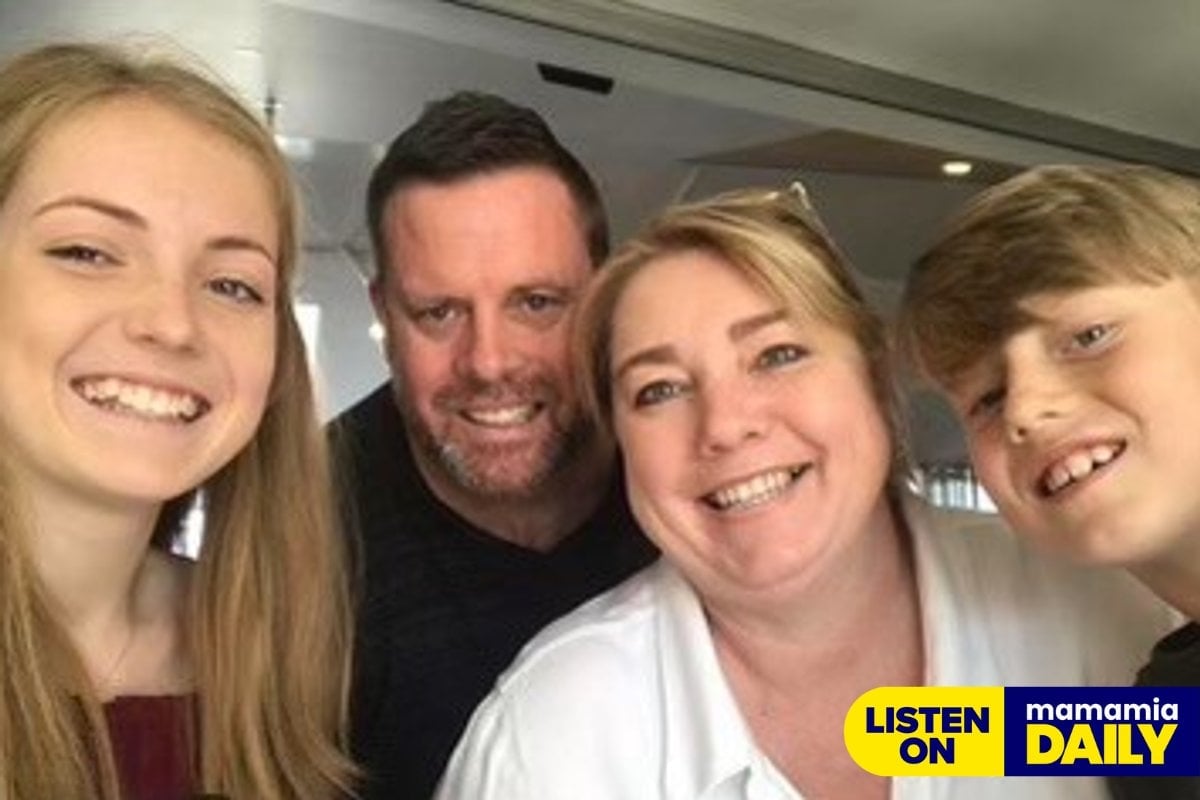 Listen to this story being read by Brielle Burns, here.

Troy was two hours into his shift at work when the text came through.

The Queensland paramedic had just finished a job with his partner on a July night in 2021, when his phone lit up with the address of his next location.

It was one he instantly recognised.

"I got called to an unconscious patient, age unknown, and underneath was my own address," the 46-year-old told Mamamia.

"In my head, I thought there was a typo."

In disbelief, Troy started driving to his Hervey Bay home, hoping he'd be flagged down by a bystander at a nearby address.

But by the time he reached his street, he knew he was in the right place.

"I saw a police officer enter my front door, and that's when I realised that it was real," he said.

"I pulled up and saw my wife on our front veranda absolutely distraught."

He raced towards his wife, Sarah, and simply asked, "Where?"

Making his way to his bathroom, Troy found his 12-year-old son, Flynn, lying on the bathroom floor as neighbours performed CPR around him.

Earlier that night, Flynn had been mucking around in the shower when he either panicked or slipped after the shower cord became wrapped around his neck. Noticing he had been in the bathroom for 20 minutes, Sarah unlocked the bathroom door and found her son unresponsive.

Ringing triple zero, she had no idea her husband would be the one behind the wheel of the ambulance racing to her door.

As soon as Troy saw his son, the father-of-two went straight into 'paramedic mode'.

"I assisted to move Flynn from the bathroom into our bedroom to create a little bit more space to work."

But as a father, a wave of emotions quickly overcame him and he struggled to perform like he would any other job.

"From my dad perspective, I didn't want to hurt him. And at times, when we provide CPR, we do break ribs. It's part and parcel of what we do. But to know that... that's your boy," he said.

With Sarah distraught in the other room, Troy's partner politely suggested he step aside and comfort his wife.

"I couldn't support Sarah in the front of the house and also be there watching what's going on with Flynn. So I made that decision... I needed to look after Sarah and trust what was going on."

After leaving the room, he went back to the ambulance to call for backup.

"Within minutes, our front street looked like a M*A*S*H scene, there were lights and cars everywhere. Then the crews got to work."

After 30 minutes, Troy got a tap on the shoulder. He was told Flynn's pulse had returned.

"A pulse back in that time period is unheard of. It just doesn't happen but for whatever reason, it happened and it gave us a bit of hope." 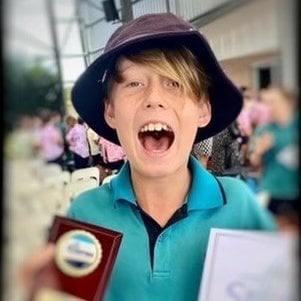 Flynn was rushed to hospital, while Troy and Sarah followed behind.

At the hospital, staff quickly came to realise they weren’t treating a stranger's child but one of their own.

"Staff started making the connection to the 12-year-old boy with myself and Sarah [who works in admin at the hospital]. The shock on people's faces once they made that connection is one I will always remember."

After spending time in the intensive care unit, Flynn was then flown to a hospital in Brisbane, around 300 kilometres away from home, where he would spend a few days in hospital.

It was during Troy's drive to Brisbane that he started making phone calls no parent ever wants to make.

He rang his 19-year-old daughter, Morgan, who had just moved out of home a month earlier, telling her a family member was on her way to take her to hospital to see her brother.

After arriving in Brisbane the next morning, Troy and his family gathered into an interview room for an update on Flynn's condition.

"These are rooms that I have been around for 15 years [as a paramedic] but never as the parent," Troy explained.

It was there that they were told there was no blood supply to Flynn's brain.

"We came to a really quick realisation that our boy wasn't going to survive," Troy said.

That's when the topic of organ donation was brought up.

"He still had his pulse, so that's when my darling daughter said, 'What about his organs?'"

Speaking to The Project, Morgan recalled a conversation she had with her mum about what donating Flynn's organs would mean for other people.

"I remember sitting there and saying to mum, just imagine that family, imagine that call, 'She's going to get another 10 years' or, 'She'll be able to go to formal'," she told The Project.

Being a medical family, Troy and Sarah didn't need much convincing. 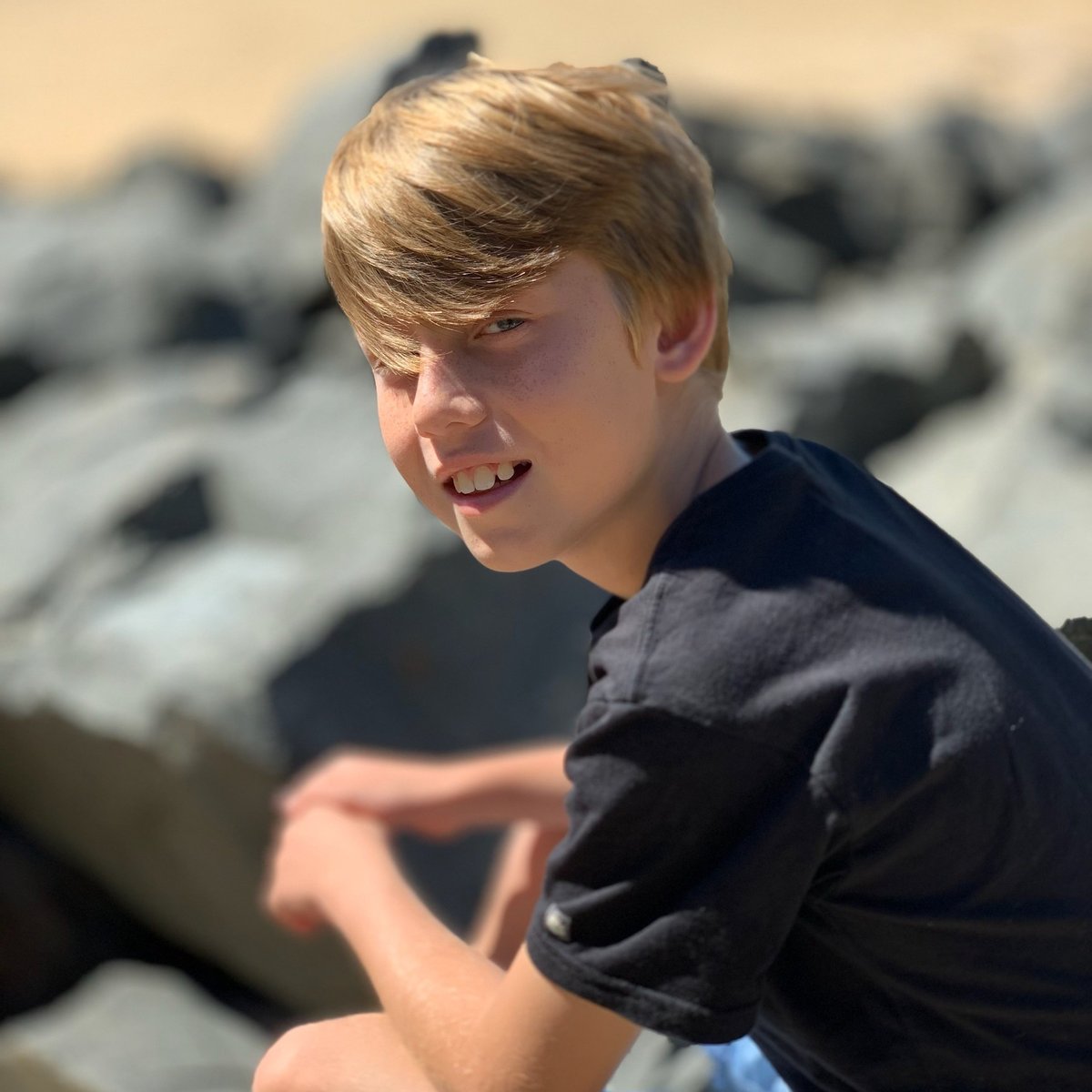 Before the surgery, the family took time to themselves to say goodbye to Flynn, a boy they will always remember as someone who loved camping, soccer, and could make a room laugh within minutes.

"We read Dr. Seuss, and we played music, and we just had some time with him," Troy recalled, as his voice began to break.

"I've got a vivid memory of Morgan yelling at him to wake up. And obviously that wasn't going to happen."

After their goodbyes, the family "made the horrible trip down the corridor to the theatre doors" where Flynn would undergo his organ removal surgery.

Flynn's heart, lungs and liver were given to young children who would have died without them. His kidneys went to two women and his eye tissue helped restore sight for many people.

"Flynn still lives on and he's helped people to live their best life. It's something I'm very, very proud of."

Throughout the entire process, Troy said staff showed an incredible amount of care.

A DonateLife nurse even washed Flynn's hair and donated one of her son's shirts for Flynn to wear at their final viewing before his surgery.

It was a gesture that meant so much to the family.

"They take so much care. They are so happy and blessed about this decision you made and very aware of how hard that decision is, that people do go out of their way to help."

Even now, the family still gets updates on how Flynn's organs are going.

"In the last year, we've had a couple updates and everything's going fantastically for all those people."

It's a proud reminder of their son.

Over a year on, Troy and his family are "doing good".

Sarah and Troy are back at work, and Morgan has started her second year of nursing.

However, they still have their days where "things don't feel right".

"You can't go through something like this and think it doesn't change you. Your whole world is thrown upside down," Troy shared. "But I think we're pretty strong and we're able to see the positives... we're able to put one foot in front of the other and do okay."

Troy says having the support of his fellow paramedics back at work has also helped.

"Flynn wasn't the first person or will be the last person that I go to that passes away. So being around people that understand that certainly helps."

As the people Flynn saved continue to live their lives, the family urge all Aussies to discuss organ donation, with one organ donor able to save up to seven people.

"We're really encouraging people to talk with their families about their wishes and involve the children when it's age appropriate. It doesn't have to be a sad conversation, it could be asking, 'What do you think? What would you like to do?'"

"For us, as a family that's gone through that, having an idea before you're in that interview room at the hospital would certainly help."

You can register to become an organ and tissue donor in one minute. You can sign up by visiting donatelife.gov.au or simply making three taps in your Medicare app.