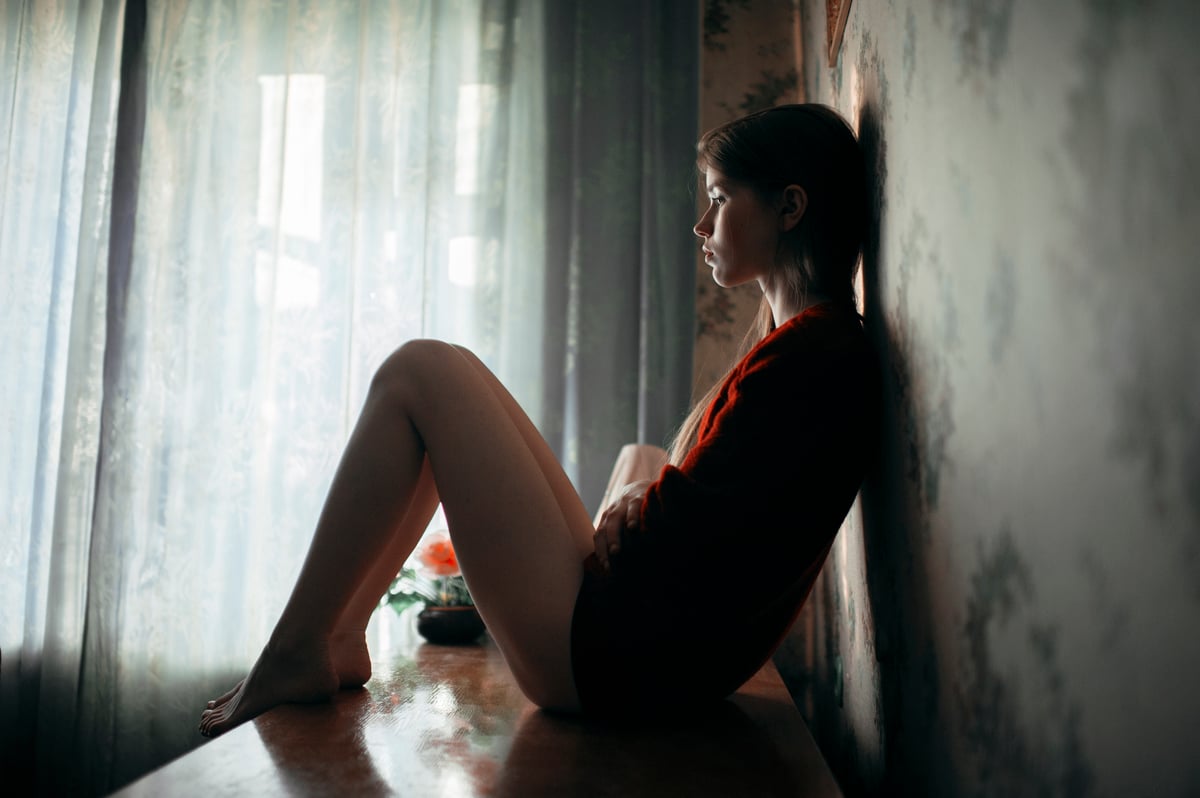 May is Domestic and Family Violence Prevention Month and, at Mamamia, we're sharing women's stories of bravery and courage. If you have the means, please donate to RizeUp to help women and families move on after the devastation of domestic violence.

This post deals with sexual assault and could be triggering for some readers. The author of this story is known to Mamamia but has chosen to remain anonymous for privacy reasons.

When I was young, I met someone on the train.

Already I can sense your alarm bells ringing. You’re eyeing me with incredulity probably thinking, ‘Well of course the story is going to end badly when you meet some stranger on a train’.

But this was a different time, around 2010, a time when the social media giant was Facebook alone and the notion of meeting friends or connections via an online world was unheard of. So, meeting someone on a train, a potential friend, a connection – it was more normal back then.

Watch: We lose one woman every week in Australia to domestic violence, but that's just the tip of a very grim iceberg. Post continues after video.

She complimented my outfit. We sat next to each other on our morning commute. We bonded over being queer, being young, loving fashion – the normal stuff.

After about a week or so of morning chats on the train, she invited me to her place to have drinks.

I was excited. It seemed to be a chance to create a new friendship outside of the old high school group. It felt mature – ‘going over for drinks’ – and, besides, she was a fellow woman. I felt safe. In retrospect, if she had been a man, I know I would have seen the situation differently – being spoken to on the train out of the blue, being invited to his house after a week, not really knowing anything about him.

Anyway, I went over that night.

She was already drunk when I arrived. The atmosphere felt off. She’d bought us vodka cruisers. I sipped mine. She sculled hers. She still lived at home. Her parents were away, but we hung out in her room. We were sitting on her bed.

She tried to kiss me.

She didn’t take no for an answer.

I was pinned down.

I won’t go into details, but I will say, the most visceral feeling was that it was like she had so many hands – too many hands – and I couldn’t keep track of them all to fight them off. I eventually managed to get away. I locked myself in the bathroom and I called a taxi. She sat outside, apologising and laughing. She let me go without a fuss.

I held it together until I got home and then I broke down crying.

Until a few years later.

The queer community is small, especially where I live, so in retrospect it was inevitable we would bump into each other eventually. She was with someone who my friend at the time recognised. I didn’t realise who she was until I was dragged over and she turned around. I went cold all over.

She didn’t remember me at all.

Or maybe she did and was covering, who knows? But she squinted her eyes at me when I said I knew her, and shook her head. “Sorry man, I don’t remember you.”

As we walked away, I blurted what had happened to me back then to my friend.

There was this sense of derision, this dismissiveness, this hilarity like it couldn’t have been that bad. Like, ‘what a funny situation you got yourself into back then’. It fed directly into the doubts I had been wrestling with. I started to question myself. Was it really that bad? She was a woman; after all, how hard could it have been to push her off? Did I really struggle that much?

And then I travelled that oft-worn road of sexual assault victims.

I had agreed to drinks with her; I started to think. We were both queer. She knew I liked women. Had I been inadvertently flirting? What had I expected going around there, anyway? Maybe I’d given her signs. Maybe she’d misread the situation. Maybe it was the alcohol.

Maybe it was my fault.

I haven’t talked aloud about my experience since confiding in my friend that night. Not until writing this now. Of course, in my head I have worked through the issues of blame that I struggled with, repeatedly reassuring myself that I had not asked for what had happened to me. But what took longer for me to come to terms with was the validity of what had taken place.

In no way do I want to take away from the conversation surrounding the sexual assaults inflicted upon women by men. I acknowledge fully that in the majority of sexual assault and rape cases; the perpetrator is a man. In a publication released in 2020 by the Australian Institute of Health and Welfare, around 639,000 Australian women experienced sexual assault perpetrated by a man in the last 10 years alone. I do not want my story to be weaponised nor do I want it to be used in any sort of justification or persecution of marginalised people.

Listen to the hosts of Mamamia Out Loud talk about the allegations of sexual assault in Australian politics and Australian schools just keep coming. Post continues after podcast.

It took a long time for me to remind myself that not all perpetrators of attacks look the same. We are told often, after all, about how the domestic abusers, the murderers, the assaulters, the rapists are not always the seedy figure lurking in the shadows, but sometimes, often, the clean-cut executive, the person-next-door, the smiling coach.

The woman on the train who compliments your outfit.

I don’t know if I’m ready to speak openly about what happened to the people in my life. I think there is a still-lingering fear of dismissal.

But in putting this out there, even anonymously, I hope that it might help someone feel less alone.

If you think you may be experiencing depression or another mental health problem, please contact your general practitioner. If you're based in Australia, 24-hour support is available through Lifeline on 13 11 14 or beyondblue on 1300 22 4636.

Reply
Upvote
Hi anonymous, thank you for having the courage to share your story. I had to stop reading after ‘maybe it was my fault’ (due to my own trauma) but please know it is not your fault. When I read the part about sculling her vodka, whilst you sipped yours it was clear she was in a different space to you and I feared after seeing the title that her inhibitions would be low. You didn’t deserve that, to question yourself or any stress there-after. Nobody should ever be laughed at. I’m sorry that happened to you but as they say ‘shout it for those at the back’. If one person hears it, it may just encourage them to seek help, like I hope you are - Amy
News
General
Opinion
True Crime
Politics
Sport
Explainer
Entertainment
Celebrity
Reality TV
Movies
TV
Books
Rogue
Royal
Lifestyle
Beauty
Fashion
Weddings
Home
Wellness
Health
Fitness
Travel
Food
Parents
Before The Bump
Pregnancy
Baby
Kids
Teens
School
Parent Opinion
Work & Money
Money
Finance
Career
Lady Startup
Relationships
Sex
Dating
Separation
Friendship
Family
Real Life
Couples