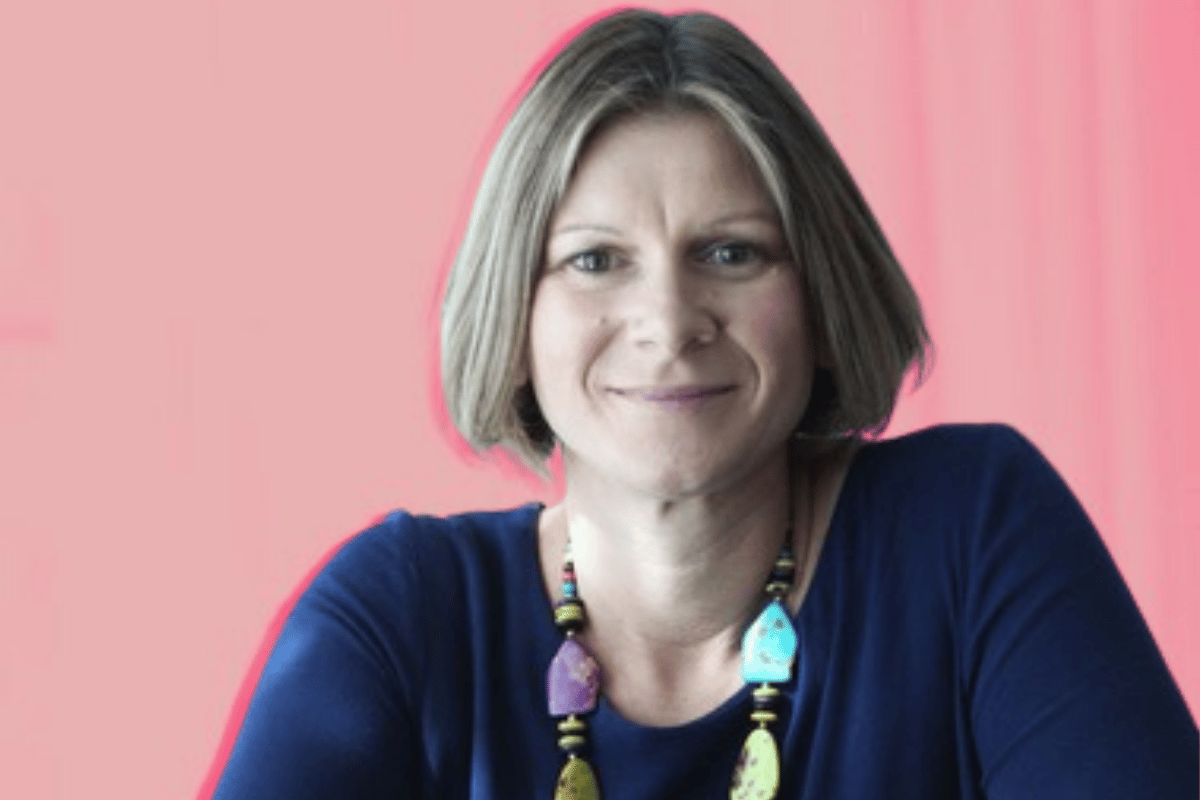 Growing up, Renee McBryde had never met her father.

Up until the age of six, Renee thought her dad - Michael Caldwell - was working away from home at the Cottee's Cordial factory. And every week she'd receive a call from her dad from "Cottee's" to check in.

She loved the iconic television ads with the jingle "my dad picks the fruit that goes to Cottee's, makes the cordial that I like best" - and so Renee's mum and grandparents had decided to paint a very different picture of where Caldwell was to protect Renee from a dark truth.

Because in reality, Renee's dad was in jail for two murders.

Years down the track, Renee is ready to talk. This week she spoke to Mia Freedman on Mamamia's No Filter podcast about what it was like to realise her dad was a convicted killer.

Renee's mum met Caldwell when she was very young and living on the streets. The pair fell pregnant with Renee soon after meeting, and Renee's mum gave birth when she was just 16.

Then in 1981 - when Caldwell was just 19 years old and his daughter Renee was a newborn - he committed two murders.

Looking back on it, Renee wonders why she hadn't "connected the dots" sooner.

"I thought he was doing 'important' things and that he worked so far away. I did wonder 'why don't I have a dad around like everyone else' and 'where is he'," she said.

So for six years, Renee would chat to her dad on the phone on a Saturday night before watching Young Talent Time. And in a way, it became a nice routine for Renee.

For those first six years of Renee's life, her mum didn't know that Renee was speaking to Caldwell. Only Renee's grandmother knew as she had set it up in order to keep the daughter and father in contact.

"I didn't understand why [I couldn't tell my mum] I just figured she doesn't like him. So I didn't want to upset her and tell her I was talking to him," Renee said.

Listen: The Day Renee Found Out Her Father Was A Murderer. Post continues after audio...

"He said 'I can't see you not because I'm working at a farm/factory, but because I'm in jail. And from there it just kind of imploded. I didn't have a concept of jail at six. All I knew is that if you're in jail, you're 'bad'. When I asked why he said, 'it's really complicated but I killed somebody'. I burst into tears. I just remember my grandmother taking the phone away and asking my dad 'what have you said to her?"

In a follow-up phone call, Caldwell admitted to Renee that he had killed two men. But Renee wouldn't discover the full extent of her father's crime for another decade.

It was only when Caldwell told his daughter the truth about his situation, that Renee's mother realised contact was happening. Renee's mum was not impressed, nor did she know how to explain to her child what was going on.

Over the next few years, Renee would ask a question here and there, and her family would answer however best they could. But mostly, she remained in the dark. And Renee was also sworn to secrecy, as surrounding people in her extended family and friends didn't know the full truth either.

The fear Renee had was that if she told her schoolmates, they wouldn't want to be her friend anymore.

It was only when Renee was in high school in a legal studies class that she discovered she could go to the State Library and have access to old newspapers.

Old newspapers that would hold the answers to what Caldwell had done.

"One morning I got ready in my school uniform, went straight to the State Library instead of school and just sat there for the whole day pouring over the newspapers, realising [what my dad had done] it was front page news," Renee said.

Renee discovered that Caldwell had robbed and stabbed to death two gay men. His victims were Constantine Giannaris, Greek Consul General to Australia, and Peter Parkes, a gay activist and schoolteacher.

Caldwell was working as a male sex worker in Sydney's Kings Cross at the time. He was charged with and convicted of both murders, along with another 16-year-old boy. Renee also read that the presiding judge on the case had called her father a "cold-blooded murderer".

In the end, Caldwell cut off communication with Renee.

Reflecting on that, Renee thinks he ultimately was focused on building a connection with Renee's mum (his former girlfriend), rather than wanting to connect with his daughter.

Even when Caldwell was released from prison, he didn't get in touch with Renee. And only once Renee had written a book about her experiences, did he decide to reach out.

"After the book came out, he wrote to me on my website's author page and said 'I'm really proud of you for writing this book and I'm glad that you went on to have a normal life and you look happy'," Renee said. "And that was a huge relief for me."

Unravelling Us by Renee McBryde is published by bad apple press and is available now.