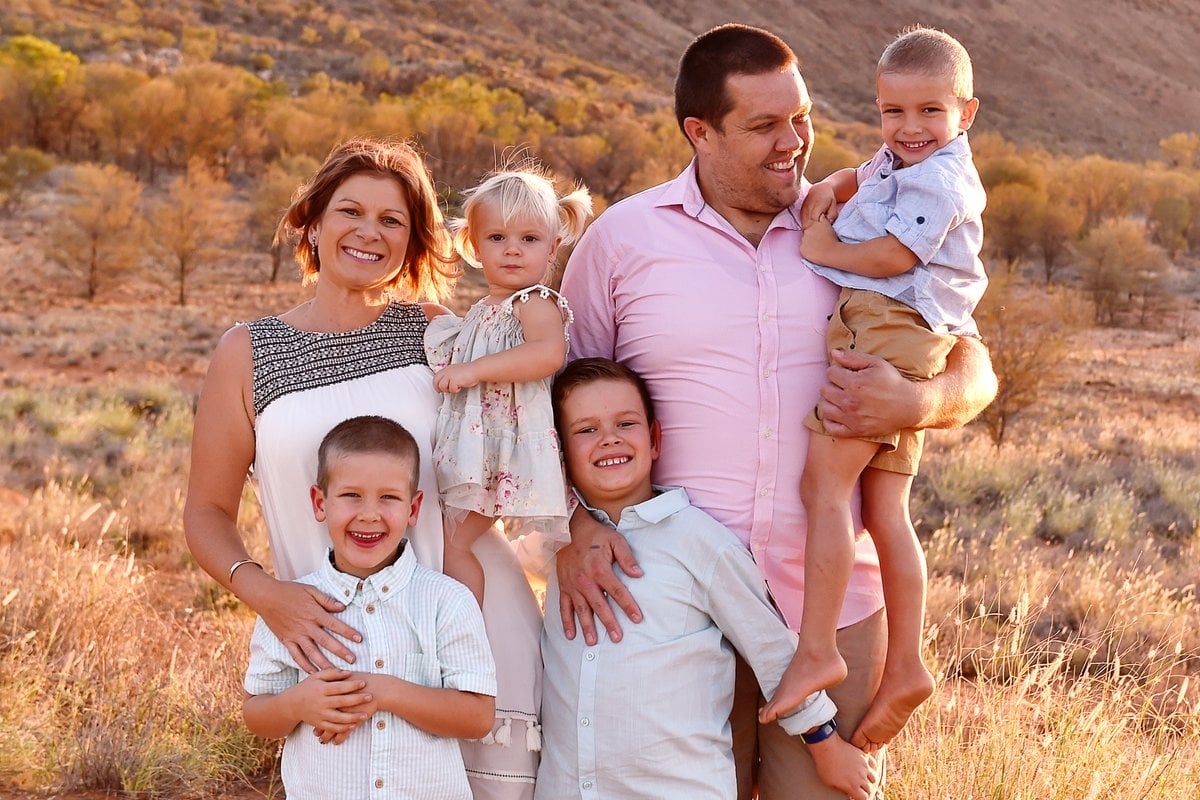 From the age of six, Renee McBryde knew that her dad was a killer.

In 1981 - when Renee was only a newborn - her father Michael Caldwell committed two murders. He had robbed and stabbed to death two gay men. His victims were Constantine Giannaris, Greek Consul General to Australia, and Peter Parkes, a gay activist and schoolteacher.

Caldwell was working as a male sex worker in Sydney's Kings Cross at the time. He, along with a 16-year-old boy, was charged and convicted for both murders.

When Renee later discovered that the judge presiding over the case had called her father a "cold-blooded murderer", it terrified her.

If she was related to someone described as a "cold-blooded murderer", did it mean she or anyone else related had the propensity to have the 'murderer gene' too? Or be 'evil'?

Renee unpacked that overwhelming thought process on No Filter this week, talking to Mia Freedman about the fear in the back of her mind of the 'murder gene'.

Renee hasn't had communication with her father for years.

She has forged a life on her own terms - becoming a social worker, an accomplished author, has a loving husband and four children.

But along with being estranged from her dad, Renee's relationship with her mum was also incredibly fraught.

Renee's mum was only 16 when she gave birth, and given Renee's dad Michael Caldwell was soon in prison, Renee and her mum became incredibly close and almost co-dependent in a way.

"She had never had that love from her mother. She was determined to have me, even though lots of people told her to have an abortion or give me away," Renee said on No Filter. "She pushed back on all that, and she used to say to me 'I just wanted to have that love and I wanted to have you because I knew you would love me unconditionally and that we would have each other'. She also used to say it's you and me against the world, and it was like that for a long time."

When Renee was younger, she thought that 'us against the world' dynamic was special. But as she grew up, she found that she and her mum were more like sisters than mother and daughter. And "co-conspirators".

But for Renee, she craved the idea of having a mum to look after her rather than looking after herself. With that in mind, when Renee became a mum, she wasn't sure where to begin.

"I was reading all the books and trying to basically put every bit of information in front of me - I was totally that pregnant person reading What to Expect When You're Expecting and all that. I wanted to get this right. To a certain degree I had always looked at other mothers and knew what my mum and I had was not the norm," Renee said.

"I looked at all those 'perfect' families that seemed to have everything together for inspiration. I just stored away little tidbits of information about that and hoped I would be able to store it all away and use it when I was a mum."

There was also another fear that Renee had.

One that wasn't as 'easy' to solve with books and inspiration from other mums.

And the fear had everything to do with her biological dad. 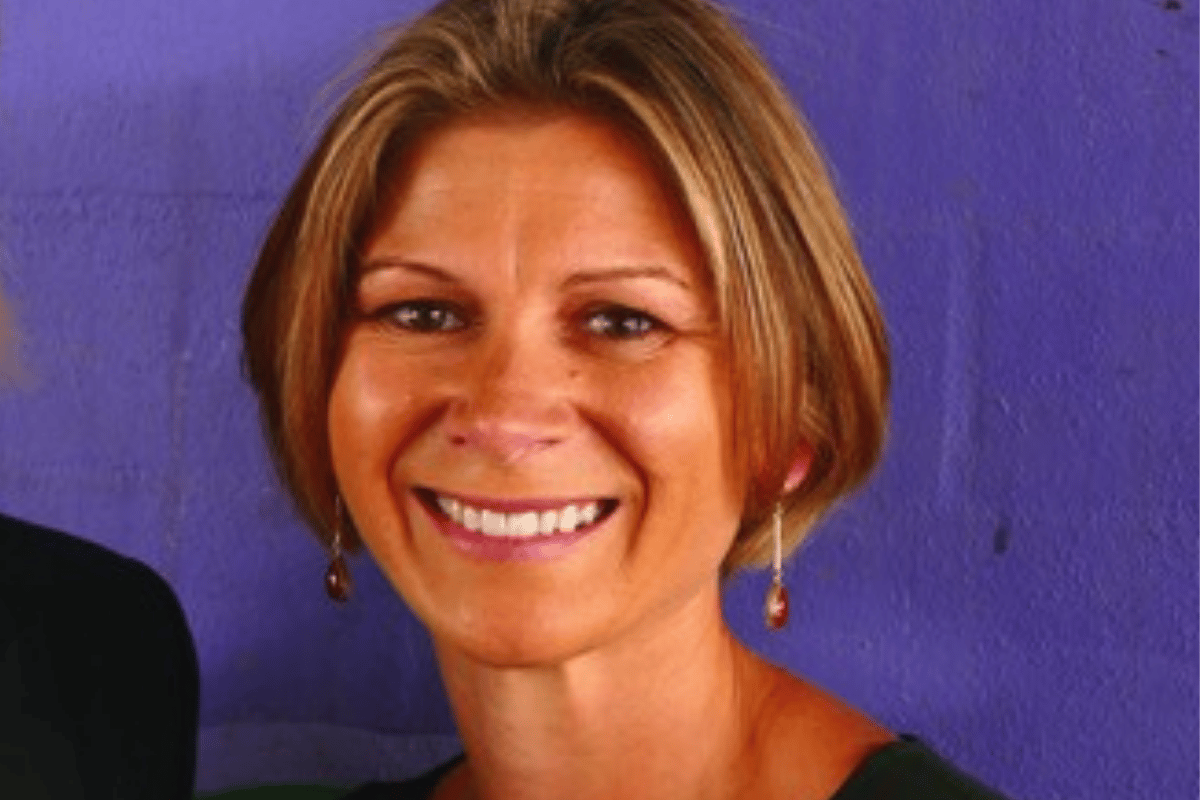 Renee McBryde. Image: Supplied. In her first book, Renee said initially she was worried that the 'murderer gene' was in her. And that potentially, she could 'pass it onto' her children.

"At the time of writing [that first book] I was pregnant, and I Googled something about that murder gene, and some silly person had written 'if you have a parent that has committed murder or any serious crime, you shouldn't have children'. And I remember just gasping and wondering 'shouldn't I?' I was worried," Renee reflected.

"I thought maybe I don't have that good fabric to be this [great mum], maybe I won't be good even if I think I'm going to be okay or dedicated. Deep inside, is there something wrong with me? Those thoughts played in my mind at the time."

Of course practically speaking, there is no such thing as a 'murderer gene'.

And as a logical person, Renee knows that. But deep down, it's easy to understand why the thought crossed her mind. We're human after all. Though there is something to be said about intergenerational trauma. For Renee, the trauma rears its ugly head around occasionally.

"It is that one little thing that sticks in your mind - you could have 100 nice things said to you, but that one comment sticks with you," she noted.

But as for her parenting, Renee no longer has those doubts or fears. She just enjoys what she has - four lovely kids with her husband. And they understand what Renee has been through.

"They kind of know most things and have that awareness. I'm always trying to be this great mother to them and be 'free-range'. I want them to have all the experiences, do all the things, have fun with them and being with them. And that's probably because of what I experienced as a child. I've always wanted to be open and honest with them, I don't want to put that burden on them to ever have to fix me," she shared on No Filter.

"I want to show them a vulnerable side so they don't think mum has it together all the time. But I don't ever want it to be their job. I just want them to be kids."

Given the challenging experiences Renee has overcome, she's also open about the fact that therapy for her has been an amazing coping tool.

She said to Mia Freedman - "I do believe in counselling and talking through things. Cause of my training I do know 'the answers' so I know what I would say to someone if it were me saying it to them. So sometimes I can be dismissive, but the writing process is also great. I have had some great counsellors who have pushed back on me and said things to me that have made me think differently.

"I've definitely felt angry. But I think I can break the cycle [of intergenerational trauma]. I think change is really hard. I want to pull [my parents] with me, but I've kind of come to the realisation that change has to be really intentional. You can't just drag someone along with you. Analysing the past and wanting to be different - that's what got me here."

Unravelling Us by Renee McBryde is published by bad apple press and is available here.