Warning: The post deals with child sexual abuse and may be triggering for people.

This week disgraced Hey Dad! actor and convicted child sex offender Robert Hughes was granted parole after eight years behind bars. Once released, he will be deported to the United Kingdom. He was jailed in 2014 after being found guilty of 10 charges relating to sexual and indecent acts on young girls. Below is Mia Freedman's interview with one of his victims, Sarah Monahan, first published in 2016. Sarah played Hughes' on-screen daughter on the hit Australian TV show Hey Dad! and in the No Filter chat, she details the moment she 'snapped', facing Hughes in court, and why she's decided to never become a mother herself.

After decades and decades of staying quiet, she is finally free to say what she wants.

Because who was protecting Sarah when she played pig-tailed Jenny Kelly on Channel Seven’s hit sitcom Hey Dad! in the 80s and 90s?

Listen to the full interview with Sarah Monahan on No Filter in 2016. Listen below.

Australia watched her grow up; we watched her change from a little girl into a teenager until the show finished in 1993. But there was a lot we didn’t see.

We didn't see that behind the scenes there was an abuser hiding in plain sight.

In 2014, Robert Hughes was convicted of 10 charges relating to sexual and indecent acts perpetrated on four young girls in the 1980s and 1990s. He was jailed for 10 years and nine months with a non-parole period of six years. Hughes has twice been rejected by the NSW State Parole Authority, but now - in 2022 - he's been granted parole after eight years behind bars. 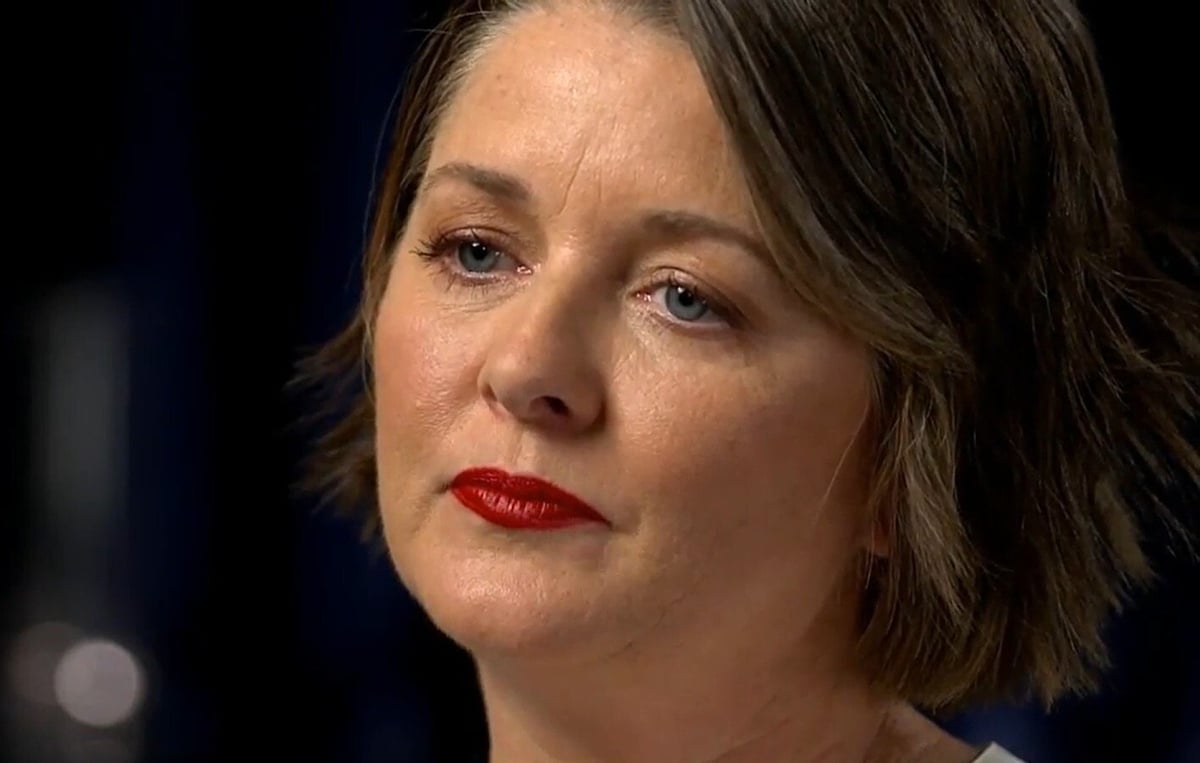 As Sarah told No Filter in 2016, she has already lost too much by speaking out to ever be silenced again. She was repeatedly told by adults she trusted to "simmer down" and to "stay quiet". Her relationship with her mother broke down once she went public with the accusations against Hughes.

"[My mum] disowned me when I went public," she told Mia Freedman on No Filter. "Apparently she resented me because as a kid she would have liked to go back to work, and because I was working she had to drive me around and then apparently when I went public I made her look bad."

"I let it go. I push it back on her because she didn't talk to her own mother for 15 years, so she had an issue, not me, so I just let her have her own issues," she continued.

It's a relationship that has tainted the way Sarah sees parenting, and the reason why, despite being happily married to Matt Morris for years, she has no desire to become a mother.

"I don't need to have a human child to feel fulfilled."

But after staying quiet for decades, it was an encounter with another mother that compelled Sarah to tell her story about Robert Hughes, Hey Dad! and the reality of a child working in an adult world.

Sarah had been approached by a journalist who claimed they knew what had 'really happened' on the Hey Dad! set. But she didn't want to talk at that time.

"I didn't want that label on me," she said. "I was highly offended."

But when she was living in America and teaching acting to children, a mother of a talented child asked her about concerns she had about 'things' that were happening to her young daughter on set.

Watch: Sarah Monahan on feeling alone in the States. Post continues after video.

"There was an instance with a mother who came to me and said, 'This stuff's happening, she said the agent told her, 'That's just the way the industry is,' and I said, 'It is. But it shouldn't be.' And so she said this thing had happened... and she literally pulled this child off this modelling set. And this agent said, 'Your daughter was too fat to model anyway.'

"And I heard it, and I just, like... it was my trigger. And I went insane. And I came home and... something had snapped inside of me, and I'd completely changed personality, and it all came boiling up to the surface and I was like, nuts.

"And I said, if that guy calls me again and asks me to do that story, we are on. And he happened to call a month later."

Although she has been angry and emotional at the news, Sarah said she was also relieved.

"I did not make it through the phone call without like, just the tears coming out," she said.

"This has consumed my entire life for the last 12 years, 14 years, so I guess I'll have to find a new me now," she said.

"I don't want to be a victim anymore."

Listen to the full interview with Sarah Monahan on No Filter here, where she details the moment she 'snapped', facing Hughes in court, and why she's decided to never become a mother herself.

If this post brings up any issues for you, you can contact Bravehearts (an organisation providing support to victims of child abuse) here.

If you are concerned about the welfare of a child you can get advice from the Childhelp National Child Abuse Hotline by calling 1800 422 4453 or visiting this website.

the agent told [the mother] 'That's just the way the industry is,'