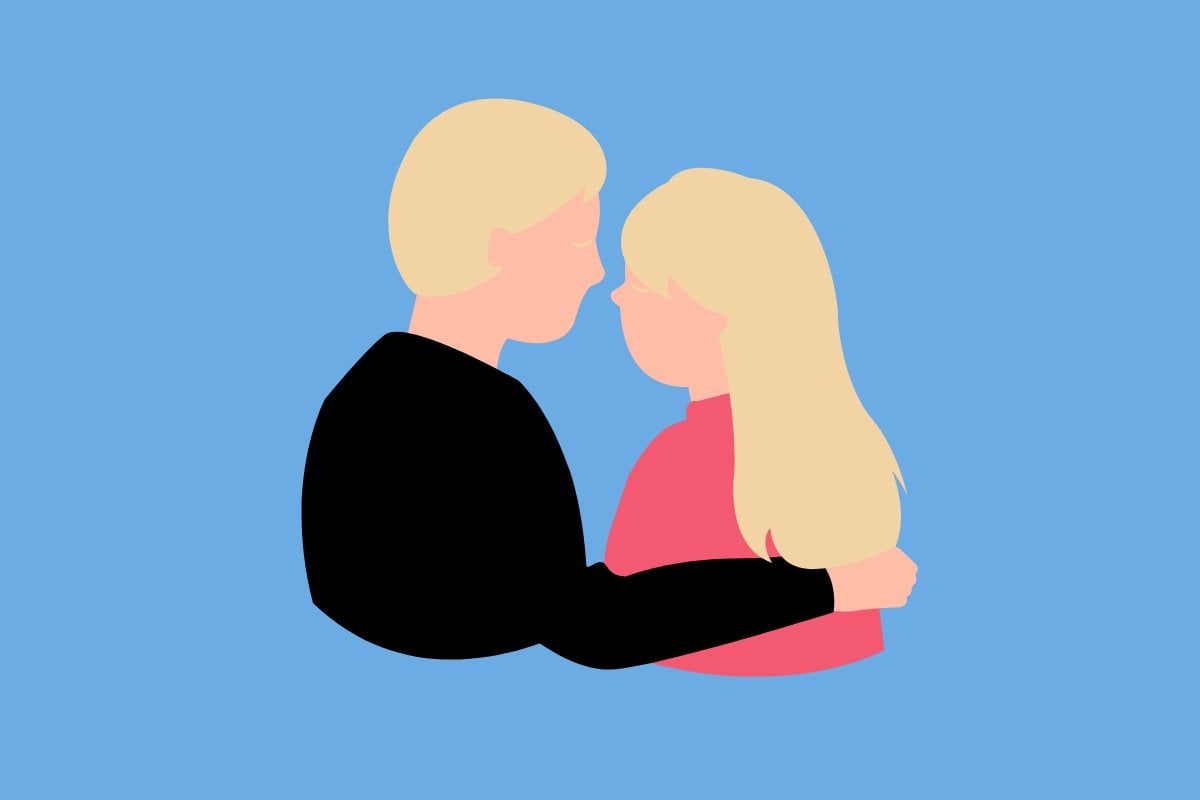 A situationship is best described as an undefined romantic or sexual relationship, and although it doesn't exist within the confines of a 'traditional' relationship, it can hurt just as much when it comes to an end.

It's an idea very much brought to life by our new TV obsession, Conversations with Friends – based on the best-selling novel of the same name by Normal People author Sally Rooney.

The series, which is set in Dublin, centres on college students and former girlfriends Frances (Alison Oliver) and Bobbi (Sasha Lane) who are befriended by a successful writer named Melissa (Jemima Kirke) and her moderately successful actor husband Nick (Joe Alwyn). The romantic lives of these four characters become increasingly complicated and intertwined as Frances begins spending more time with the handsome Nick and Bobbi and Melissa begin to grow closer.

Just like in Conversations with Friends, real-life situationships can change your life...

I was nearly 19 years old, and going strong in an almost four-year-long relationship.

We'd fallen into a soothing rhythm of an old, constantly bickering married couple, but I saw it as endearing and mature for reasons I can't work out anymore.

It didn't matter to either of us. We were comfortable. We relied on each other for companionship and sex, every now and then.

I often wonder how long I would've stayed with him if I hadn't met Jack. If I'd slept in a little longer on the morning after Christmas. If my friend had cancelled our plans, like he'd planned.

But he didn't. I showed up at his house on Boxing Day, and he told me he was double booked. Would it be okay if his friend, Jack, tagged along?

The more the merrier, I said

They met while backpacking through Asia. His schedule was packed while he was visiting Sydney, my friend told me. This was the only day they'd both be free for a catch-up.

Jack was six years older than me and from Manchester. My friend gave me the address of where he was staying and we drove to pick him up.

As he hopped in my car and said hello in his thick Mancunian accent, my stomach flipped.

He flirted with me and part of me entertained it, while the other part of me screamed to think of my poor, sweet boyfriend.

But I'd never felt sparks like that before. I was aching from the moment I met him. And I knew, regardless of whether there was anything between Jack and me, I'd need to break up with my boyfriend.

Of course, it took an afternoon, evening, and morning of getting to know Jack before I came to that conclusion. But, no longer than 24 hours after I met him, I sat cross-legged on my bed opposite my boyfriend, the both of us sobbing as I ended our relationship.

Don't get me wrong, it stung.

My head spun as I fired off "we broke up" texts to my friends and family. I was terrified. I wasn't ready to be alone.

In my moment of despair, I also sent a message to the friend who introduced us, and could clearly sense the tension between us, letting him know I had ended it.

When he responded: "I bet Jack would be happy to hear that," I felt okay. Good, even.

As quickly as the relationship had ended, my fear was replaced by excitement. I reminded myself I did the right thing by breaking it off. And I arranged to see Jack that same night.

It was exactly what I imagined falling for someone should feel like.

I was swept up in it all. My poor brain had never experienced such significant highs and lows in such a short span of time.

We danced around the inevitable fact that I'd ended my relationship more or less so I could know what it would be like to be with him.

Then we paused every few moments on our walk home from the bar, slipping into quiet alleyways to kiss.

It was worth every second to be with him.

There wasn't a second that my ex-boyfriend crossed my mind. We fell asleep in each other's arms, my dreamy 12 hours only interrupted when he woke up to leave early the next morning.

As he left, I felt like I could breathe again. And it didn't feel good.

I was alone. But the grief I felt wasn't for my stable ex-boyfriends. It was for the man I'd known for no longer than two days.

I wondered if he felt the same way I did. There was no way he couldn't. The connection between us was electric. It just wasn't enough for him.

You see, our relationship was doomed before it had even started. He was visiting Sydney for work and completely disinterested in entertaining something deeper.

He was seeing someone else who he worked with in his home city, I found out months later.

But that didn't stop him from cancelling his flight to stay with me for another night. Our relationship spanned for weeks, as intense as it felt to me in the beginning. We spoke late into the night about a future between us that didn't exist.

And the day I said goodbye to him at his hotel, tears in our eyes, we promised to see each other again one day in whichever city we found ourselves in first.

But by the time I'd got home half an hour later and went to message him to let him know I got home safely as he'd asked me to, I'd been blocked.

The pain was so different.

I was broken by the potential of what we could have been, although I knew it was never possible.

I was ashamed. What made me think it would end any differently? We were never going to date. I knew that. So why did the finality of being blocked hurt so much?

I read our messages back over and over, wondering where I went wrong.

Then, I got on with things. Because I had no choice.

There was no slow burnout of our feelings, no falling out of love. No comforting from friends, not about him at least. When I broke up with my ex, they'd come over in droves with wine and movies.

When I told them the guy I'd been seeing for a few weeks went back to the city he lived in, they sent a sad face and moved on with the conversation.

And I couldn't blame them. It was embarrassing, the fizzle.

I was ripped out of the honeymoon stage because it was the wrong place, the wrong time.

And to this day, when I look back on that month-long period where I lost my boyfriend of four years while also beginning and ending a whirlwind situationship with Jack, my great love lost isn't my ex. Really, it's not Jack either.

It would be the potential. What could have been. The emotions I didn't indulge.

And that's what hurts the most.

Conversations with Friends is now streaming on Prime Video. You can sign up for a 30-day free trial here.