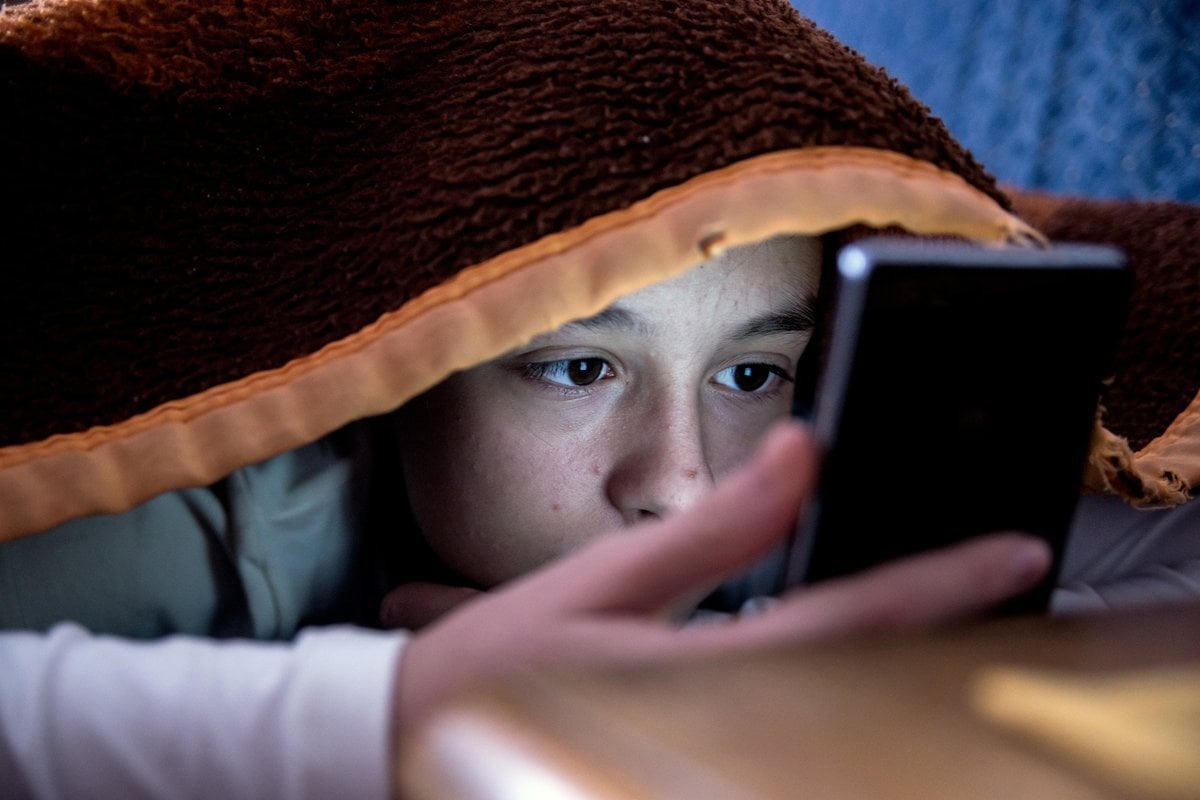 Last week, I watched my teen daughter get cancelled on Snapchat in real-time. It was savage, brutal, and heartbreaking.

Friendships ended in a matter of minutes.

A young girl so inconsolable, devastated, and distraught.

Watch: How to improve your daughter's body image. Post continues after video.

A mother watching the pack mentality as girls were added to the group chat to participate in a public verbal bashing. Some of these girls she barely knew.

Other girls stuck in the middle, not wanting to support my daughter in case the same thing happened to them.

It was vile, appalling, and honestly made me despair for this generation that we are raising who seem completely incapable of communicating with each other in person. What should have been a private conversation between two friends sorting something out became a very public ambush.

And why you ask?

All because of third-hand 'evidence' that my daughter had said something about another girl.

In my day, if you had an altercation with someone at school, you had 16 or so hours before you saw them again. There was time to cool off, time to gather thoughts, and time to talk it through with others.

Maybe you would have picked up the phone later that night and cleared the air.

Now, messages are shot off in a matter of seconds, knowing that they can say whatever they want and (with Snapchat at least) it all disappears into thin air.

The freedom of no accountability.

Dr. Ginni Mansberg and clinical psychologist Jo Lamble know first-hand how challenging it can be to raise adolescents. This is why they're the hosts of Mamamia’s parenting show, Help! I Have A Teenager. Post continues after podcast.

I took screenshots as it was all unfolding, which then caused another barrage of abuse.

I’d had enough and told the girls that it was me and the conversation was not on. Did they apologise? Was there any remorse? No, they all left the group chat and disappeared like a puff of smoke.

Again, the freedom of no accountability.

Is my daughter innocent in her social media dealings? No, she’s not. Have we addressed that and put steps in place? Yes, we have.

But the apathy of other parents concerns me.

Parents burying their heads in the sand saying, 'Oh, I don’t understand how social media works' is pathetic and negligent.

I am by no means the perfect parent, but I will do everything I can to learn about how our girls are growing up now, how it differs from my upbringing, and how to support her mental health, resilience and ability to communicate.

And yes, I will also pull her up when needed.

This situation could have had a much different ending, one that could never have been resolved.

In my day, if you had an altercation with someone at school, you had 16 or so hours before you saw them again. There was time to cool off, time to gather thoughts, and time to talk it through with others. Maybe you would have picked up the phone later that night and cleared the air.

I think people have a bit of an idealised view of what things were like before social media and the internet. A more realistic view of what would have gone on "in my day" is that over that 16 hours, people would spend protracted time on the landline to their friends, spreading and propagating the gossip and vitriol, and also plotting revenge strategies for the next day at school - so they'd all be ready to pile on as soon as they saw their target. We may not have had smart phones, but the old rotary phone was a potent tool in pitting kids against each other.
Online bullying is absolutely a problem, but let's not pretend that "back in the day" kids had chats on the phone in the evening to "clear the air". Teen years have never been peace-loving and sensible.
C
cat 4 days ago

Reply
Upvote
@mamamia-user-482898552 yeah anyone who thinks 16 hours is going to end a fight hasn't met teenage girls. They aren't having a fight in the playground, these arguments are weeks or months of psychological warfare.
K
km 4 days ago