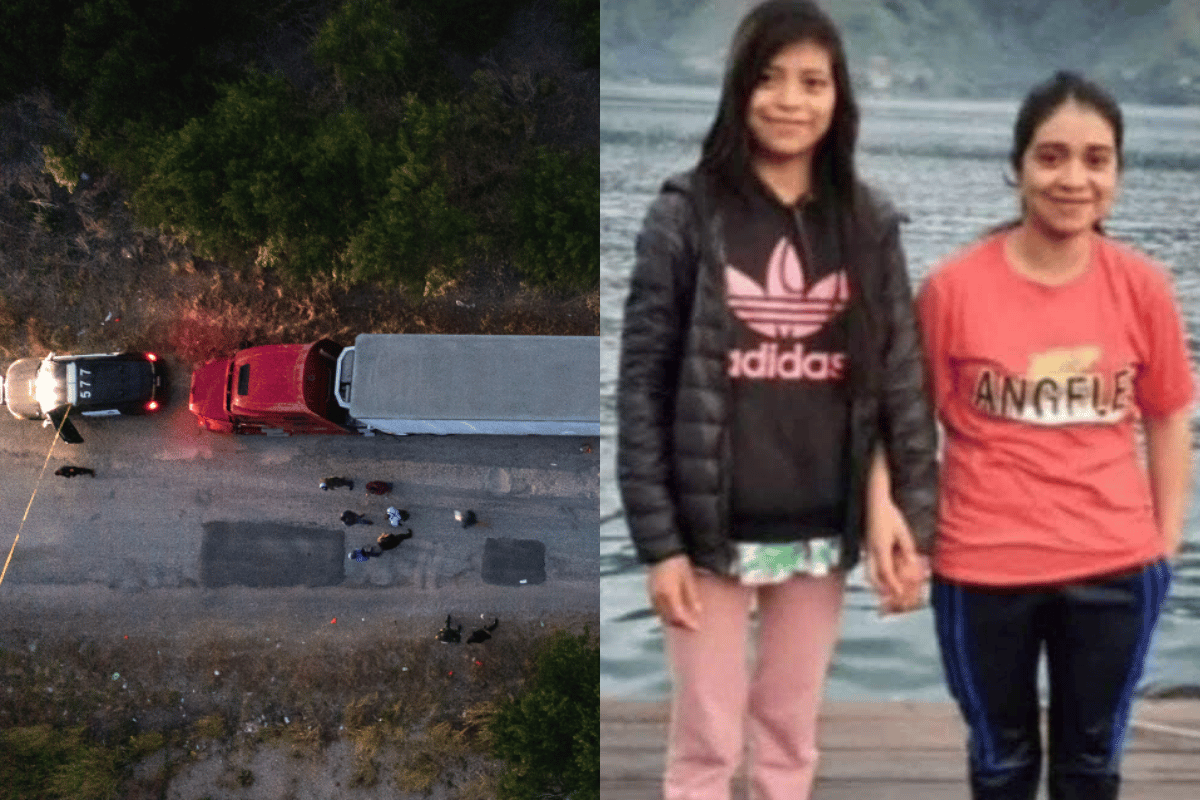 51 people have been found dead inside a tractor-trailer truck in San Antonio, in one of the deadliest human trafficking tragedies in the US.

39 men and 12 women were discovered in a truck parked next to railroad tracks on the outskirts of the south Texas city on Monday, where temperatures reached a high of 39.4C.

The city's Police Chief William McManus said a person who works in a nearby building heard a cry for help and came out to investigate. The worker found the trailer doors partially opened and looked inside to find a number of dead bodies of migrants.

San Antonio Fire Chief Charles Hood said his team found "stacks of bodies" and no signs of water or visible working air conditioning unit in the truck, which is believed to have been carrying 100 migrants.

"None of us come to work imagining that," he said at a news conference.

Many people inside the truck reportedly appeared to have been sprinkled with steak seasoning, believed to be an attempt to cover up the smell of people as the smugglers were transporting them, a law-enforcement official said, according to the Texas Tribune.

Sixteen people were transported to hospitals for heat stroke and exhaustion, including four minors, the department said.

"The patients that we saw were hot to the touch, they were suffering from heat stroke, exhaustion."

The I-35 highway, near where the truck was found, runs through San Antonio from the Mexican border and is a popular smuggling corridor because of the large volume of truck traffic, according to Jack Staton, a former senior official with ICE's investigative unit.

Here's everything we know about the tragedy.

So far, officials have identified 27 Mexicans, three Guatemalans and four Hondurans have died in the tragedy. The nationalities of the other victims are yet to be identified.

"I want to offer my condolences to the relatives of this catastrophe," said Mexican President Andres Manuel Lopez Obrador.

Sisters Carla and Griselda Carac-Tambriz, from Guatemala, are reportedly among the 51 dead.

The father of two indigenous girls from Guatemala has confirmed their deaths in that trailer. These are the faces of the consequences of U.S. immigration policy.

Two people have been charged and a third arrested.

Two suspects, Mexican citizens Juan Francisco D'Luna-Bilbao and Juan Claudio D'Luna-Mendez, have been charged with possessing firearms while residing in the United States illegally, according to court documents.

Investigators traced the truck's registration to a San Antonio address they placed under surveillance, and arrested the two men separately as they left the residence.

A third suspect, described as a US citizen who drove the truck, was arrested and expected to be charged, but he remained hospitalised as of Tuesday evening, according to a Mexican official.

The tragedy once again highlights the challenge the US faces when it comes to migrant crossings at the Mexico border, which have reached record highs.

This issue has proven difficult for US President Joe Biden, a Democrat who came into office in January 2021 pledging to reverse some of the hardline immigration policies of his Republican predecessor Donald Trump. Republicans have criticised Biden's border strategy ahead of the midterm congressional elections in November.

The president said the incident was "horrifying and heartbreaking".

"Exploiting vulnerable individuals for profit is shameful," Biden said in a statement, vowing to crack down on multibillion-dollar criminal smuggling enterprises that have helped fuel a record number of migrant crossings.

Yesterday's loss of life in San Antonio is horrifying – my prayers are with those who lost their lives, their loved ones, and those still fighting for their lives.

My Administration will continue to do everything possible to stop criminal smugglers from exploiting migrants.

At least 650 migrants died crossing the US-Mexico border last year, according to the United Nations' International Organisation for Migration.

Mexico's Foreign Minister Marcelo Ebrard called the suffocation of the migrants in the truck the "tragedy in Texas" on Twitter and said consular officials would go to the hospitals where victims had been taken to help "however possible."