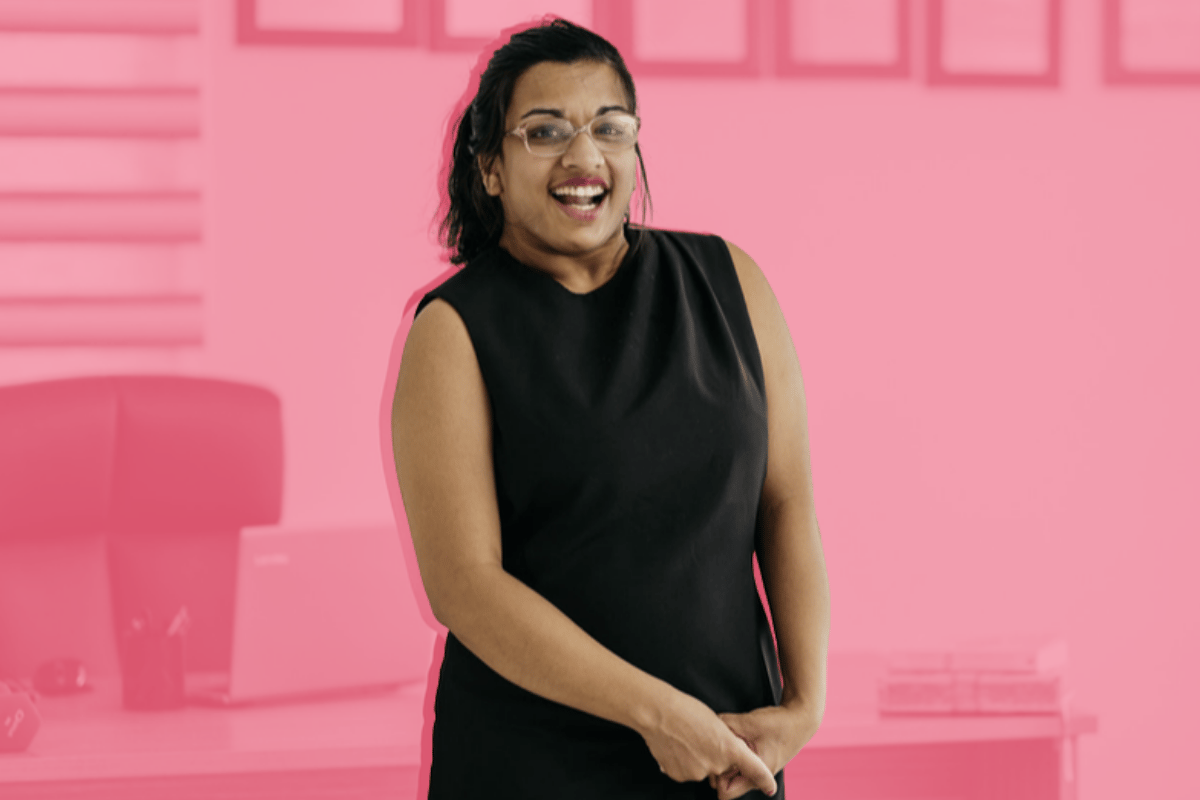 Jerusha Mather is a PhD student and leading disability advocate in Australia.

As a woman living with cerebral palsy, Jerusha has hardly seen many people with a disability on television - particularly on Australian reality TV and dating shows.

So she's decided to take a stand and start a campaign to become our first Aussie Bachelorette with a disability.

"With cerebral palsy, I talk differently and move differently, but I am very independent and able to do things," Jerusha said to Mamamia. "Not seeing people like me on TV really affected my self-esteem and my self-worth. I think my main reason behind the campaign was that when I was young I would think 'who is going to love me for the way I am?' And that's really challenging."

That's why Jerusha is putting herself forward - to make sure the thousands of Australians living with a disability feel seen, represented and understood.

Watch The Bachelorette with Brooke Blurton. Post continues below.

Throughout her life, Jerusha has had plenty of crushes. But she hasn't yet been able to find something serious and meaningful.

"I've found my dating experiences to be quite up and down. Some people were nice and supportive, but there were some that were condescending and quite biased," she said.

"I don't think I've been on a proper 'date' before. I've honestly been too scared and found my dating app experiences quite overwhelming. I've had one instance where a guy kept messaging me when I wasn't interested and made it politely clear. That kind of scared me away."

And of course, like so many of us are well aware - dating apps can be difficult.

But they're not exactly the most inclusive space for people with a disability looking for love. And that's something Jerusha is passionate about changing, with a recent petition of hers having almost 3000 signatures.

"It can be quite overwhelming sometimes. Some people generally look at me and judge me too quickly and think I can't do things and that I'm intellectually impaired. There should be more one-on-one coaching and support for people with disabilities who need it and more disability education on these apps - it should be integrated."

Jerusha said she wished she could see someone her age and in a similar position as her on a dating show.

"It's an opportunity for people like me to become good role models to young people with disabilities. I've honestly been single most of my life. I want someone who's appreciative and supportive of my goals and dreams, and that can encourage me. Someone that puts me first and can see that I'm very capable and independent and treats me equally with respect."

In the most recent season of The Bachelorette, we saw this beautifully with Brooke Blurton, a First Nations woman from the LGBTQIA+ community looking for love. And the hope is that future seasons and other similar dating-format programs will do exactly this and more.

"I think the last Bachelorette did really well with diversity and inclusion. I thought that was really great because we need more representation," Jerusha said. "So that's why I put my hand up!"

Another side of this conversation is about representation and doing it in a respectful way. Because cerebral palsy doesn't define Jerusha. Nor does it define any person living with a disability.

As she said, "people are more than just their disability".

"I think this is a really important thing to talk about - my disability isn't a part of my personality. I too am worthy of unconditional love and acceptance. I think people need to know that kindness and who you are is more important than physical appearance."

As a South Asian woman too, Jerusha would love to see all dating shows whether it be on free-to-air channels or streaming platforms, look to people from all walks of life - rather than the cookie-cutter archetype we've seen for so long.

"Beauty standards need to be redefined. I think it's very important we change this because we always see the slim girl with the blonde hair, and that doesn't properly represent society."

Listen to No Filter: The Story of Michael and Simon. Post continues after audio.

Because at the heart of Jerusha's campaign is the hope to increase visibility across television. As with visibility, comes a greater awareness and increased accessibility - and that will positively impact future generations.

It's also good to note that representation should be in the hands of those with the lived experience - to have their voices heard and kick bias to the curb. And that's why Jerusha said she took things into her own hands.

"I want to live in a world where seeing someone with a disability on TV isn't considered unique and ground-breaking. I think it's now part of what we should expect from television shows and production companies. That would then be true and meaningful inclusion - levelling the playing field," she shared.

"I love to travel, I love to try new things, talking with people and I want to find love - some think us people with disabilities don't have a high quality of life and I want to prove them wrong. I think it's a blessing to have a disability because I have more compassion and empathy. I love all people!"

So if any television dating production companies are listening - Jerusha is your woman.

T
taintedblackcat a month ago