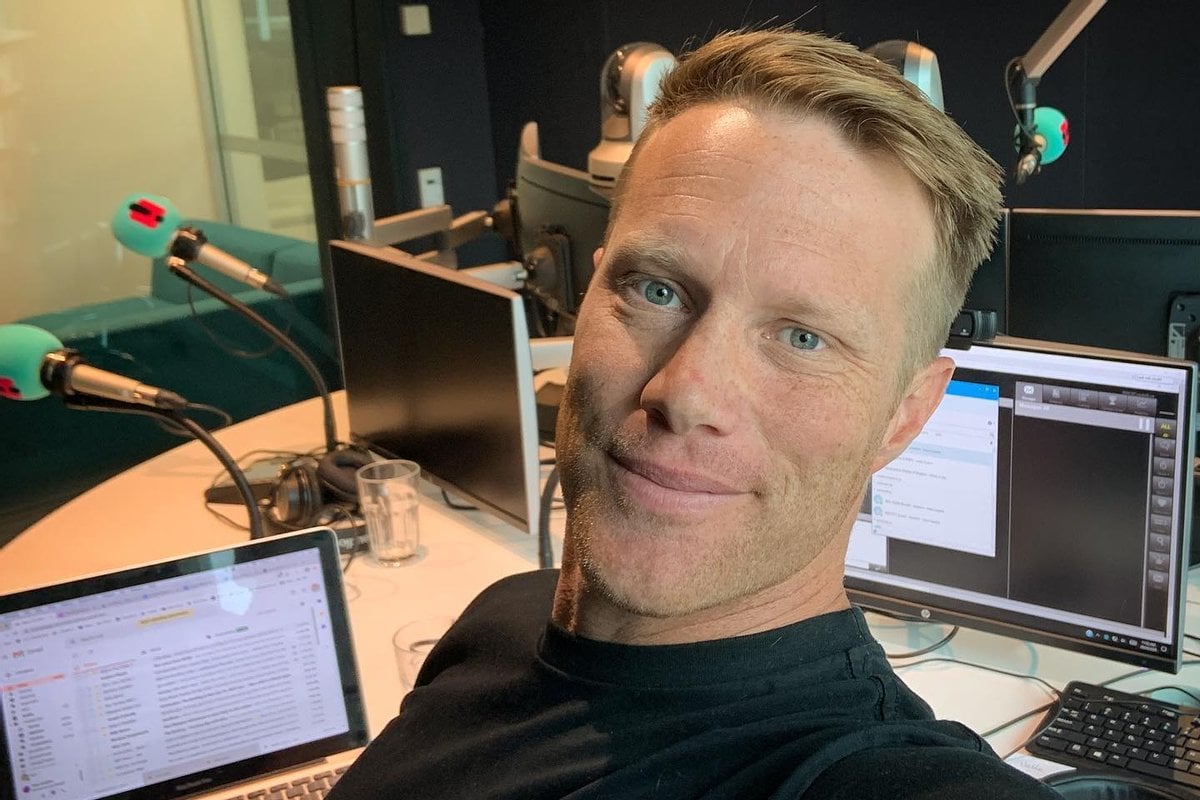 The following is an excerpt from Tom Tilley's memoir Speaking in Tongues - a memoir of breaking free and reinvention.

I wasn’t even ten, but already there was a question mark over my salvation. If God returned, I would probably rise up to the sky with my parents, but I couldn’t be sure. The older I got, the greater the urgency to meet God on my own terms. I could only do that if I received the Holy Spirit, and the only sure sign of that would be if I could speak in tongues, like people did in the Bible.

This had always been my reality. I’d heard it from every adult who was part of our church, the Revival Centres of Australia. My parents had received the Holy Spirit, and so had all my uncles and aunties in the Lord. Even my little brother Sam could speak in tongues. Every child born and raised in this church knew it lay ahead of them, and the sooner it happened the sooner you secured your place in heaven.

Watch: Tom Tilley grew up in a Pentecostal sect and now reveals all about his controversial upbringing. Post continues after video.

Video via The Project.

Hopefully tonight would be my turn. It was New Year’s Eve, the climax of the church’s Christmas Camp. Around five hundred of us had driven from all over Australia to meet near the town of Moruya on the green and salty South Coast of New South Wales. The final stage of our journey took us past a sparkling blue estuary, then down a dirt track through dense bush that eventually opened up to a big grassy hill. The rundown old scout camp, now full of tents, cabins and friendly faces, had been perfectly repurposed by our church for these big moments of fellowship.

As people approached the hall, the singing and clapping grew louder and the light from the hall’s windows illuminated the ironbarks and grey gums. Latecomers hurried into the back of the building, sliding their chairs into makeshift rows to join the lively congregation.

I walked to the front of the hall, where my Bible had been minding my seat since the morning meeting. Sitting with my friends, not far from my parents, I had a close-up view of the band. As they tore through song after song, my eyes moved between them and the chorus leader, who was bouncing with energy in the middle of the stage. ‘Clap your hands, everybody! Raise your voices up to the Lord!’

Then just as he’d sent the room into a frenzy, he pulled us back into a tender moment of devotion. ‘Okay, now stand up and close your eyes, brothers and sisters.’ The camp chairs briefly scraped on the timber floor as everyone got up to deliver a powerful rendition of one of my favourite songs.

Amazing grace, how sweet the sound

I once was lost, but now am found

Was blind, but now I see

Just when I thought this lyrical prayer was going to end and we’d open our eyes, the chorus leader leaned into the mic and softly said, ‘once more, this time without the band.’ They dropped out on cue, leaving the roomful of voices to soar into a capella.

The singing was so loud I could barely hear my prepubescent voice – but that didn’t matter, because just by opening my lungs to sing I felt my body join the collective vibration. Whether it was God or just the raw synergy of human voices in harmony it felt like there was enough power to lift us all up through the roof and into the sky. And the Bible said that this could happen at any moment, because the ‘day of the Lord so cometh as a thief in the night’. Jesus had warned ‘of wars and rumours of wars’, and the Americans were about to start bombing Iraq – maybe these were the Last Days.

After our chorus session, we watched a series of musical performances mixed in with biblical messages and the occasional skit. Just before midnight, the chorus leader announced that a prayer meeting for seekers of the Holy Spirit would commence up in the log cabin, a humble structure that took pride of place at the top of the hill. This would be the perfect place for my spiritual breakthrough, I thought to myself.

Listen to No Filter where Tom speaks candidly about his childhood, his life-changing decision to quit the faith at age 21, and other honest stories from his new memoir, Speaking in Tongues. Post continues after podcast.

As I stepped out into the night and climbed to the top of the hill, the roar of voices from the hall faded behind me. When I reached the cabin, I could hear the soft hum of prayer. Stepping inside, I caught the eye of the leader. Without pausing his prayer, he gave me a solemn but welcoming nod and motioned for me to find a space on the floor. Around the edges of the dimly lit cabin, at least a dozen seekers were kneeling in prayer. The leader and a few other elders were gradually moving from seeker to seeker, gently putting their hands on their shoulders and supporting them in prayer.

I knelt between two seekers and closed my eyes. Church elders had taught us that as seekers we should say hallelujah several times, then repeatedly praise the Lord and ask him to fill us with his Holy Spirit. At some point, I’d been told, a new language would just start pouring out of my mouth, a language never heard before, a language that would allow my heart to speak directly to God. This had first happened to people two thousand years ago on the Day of Pentecost, and it had happened to a lot of people I knew and loved, so there was no reason that it shouldn’t happen to me right now. I’d waited long enough. Kneeling there on the carpet, I put my head in my hands and began to pray. 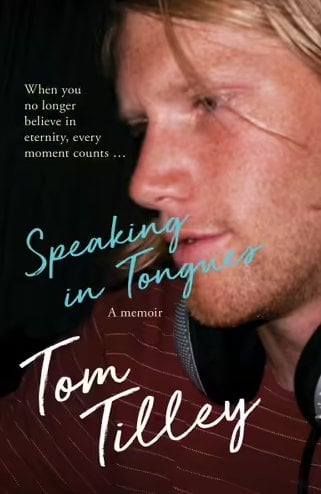 You can purchase Speaking in Tongues by Tom Tilley here.

Reply
Upvote
1 upvotes
This story gives me the horrors and I'm so sad that a child would have been encouraged to experience this let alone to witness it.
Remember that ALL religions were created by humans - that includes every character in the stories and every god, devil, angel & demon and every form of worship or religious practice.
These humans (some of whom had good intentions) usually had  agendas.
Observing the unswerving faith shown by some followers it would have been obvious that much money and produce could be gathered from those who trusted the most.
It's a walk through centuries of religious indoctrination , inquisitons, murder and wars to arrive at huge religious cities like The Vatican for eg. where the innocent faithful are still encouraged to make "just one more donation" to ensure their place in Heaven.
I feel so sorry for anyone who was forced to be  exploited - especially as a child.
News
General
Opinion
True Crime
Politics
Sport
Explainer
Entertainment
Celebrity
Reality TV
Movies
TV
Books
Rogue
Royal
Lifestyle
Beauty
Fashion
Weddings
Home
Wellness
Health
Fitness
Travel
Food
Family
Before The Bump
Pregnancy
Baby
Kids
Teens
School
Parent Opinion
Work & Money
Money
Finance
Career
Lady Startup
Relationships
Sex
Dating
Separation
Friendship
Family
Real Life
Couples