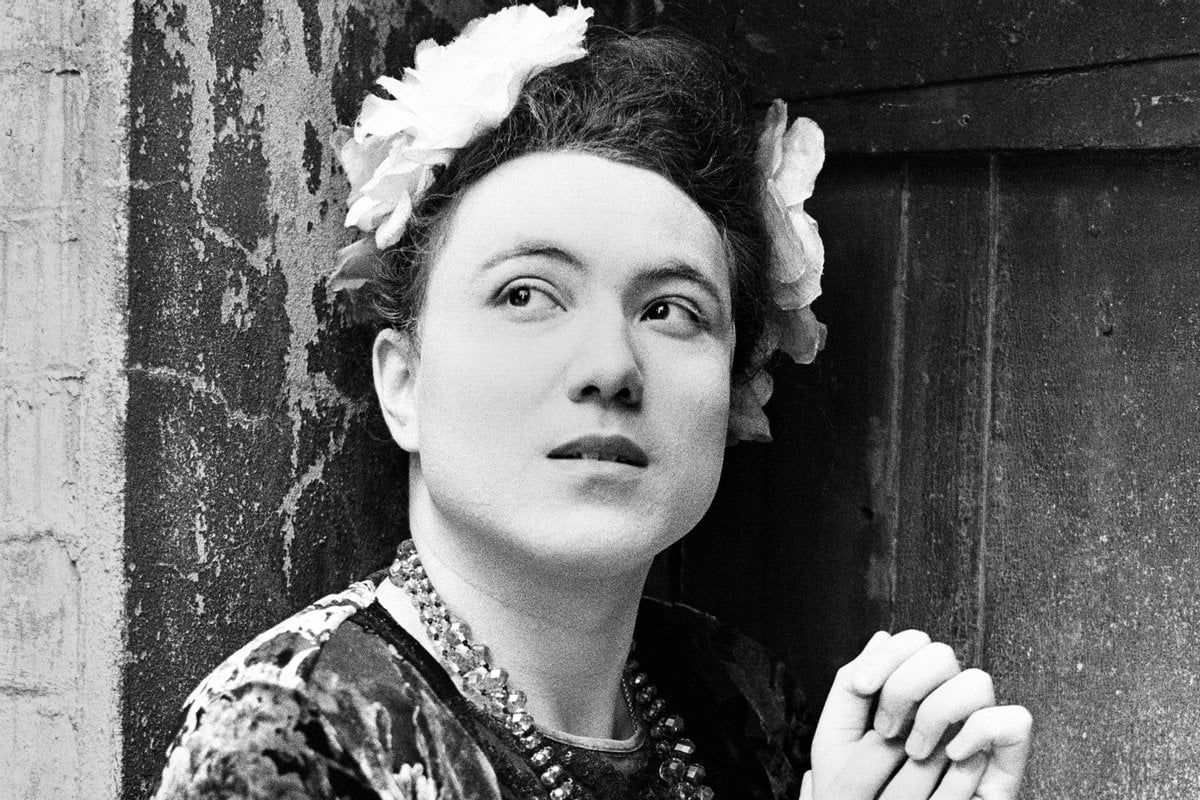 The way we as a society, as individuals, in our political sphere and our media portrayals talk about minorities matters.

That much should be understood and should go unsaid.

However, we continue to see discussions and "debates" about minorities and marginalised identities which lose sight of the fact that words matter. Words can change and save lives, and words can do untold damage.

With the upcoming federal election, we have seen politics and the media latch on to talking points about trans and gender diverse people.

From the way many politicians and commentators push these issues, it would seem that transgender people are some vast majority group wielding huge amounts of power and influence.

However, the reality is, less than two per cent of the population is trans or gender diverse.

We are a small population group, and research has shown that we experience disproportionate poor mental health outcomes, suicide risk, and lower socioeconomic outcomes.

This is not because we are trans; it is because of the stigma, discriminations and violence we face from a society that isn’t always as accepting, tolerant, inclusive or celebratory as it should be.

There is a fear of the unknown when it comes to trans and gender diverse people and our lives; but instead of learning to understand each other, and live and let live, that fear is being taken advantage of by fear-mongering and misinformation spread under the guise of political debate.

At a crucial time globally when our federal political candidates should be talking about urgent issues impacting our country and the world - issues of climate change, of navigating the COVID new normal. Of improving social support and social housing, improving our mental health and aged care sectors, of closing the gap for First Nations people, and so many more. It is hard to fathom that the inclusion (and very existence) of a vulnerable group who make up such a small percentage of the population is really the most vital issue to take up airtime, let alone to fight an election on.

The continued demonisation of trans and gender diverse people - from wild misinformation about affirmative care to wholly unacceptable comparisons which position anti-trans campaigners as the modern equivalent of the anti-Nazi resistance - is not the tenor of debate that federal politics or election campaigning should stoop to.

Every day the barrage against trans and gender diverse people continues - from all sides of politics.

Read: How transgender identity has been politicised this election.

Unsubstantiated and unverifiable claims that the majority of trans women are sex offenders, incorrect statements about "irreversible" procedures on children, and offensive cries of "mutilation" to describe surgeries.

Not only are such statements vastly harmful to the mental health and wellbeing of trans and gender diverse people, they are factually inaccurate and deliberately divisive.

Many of these discussions have centred on sports, and yet we are not actually seeing a deluge of trans athletes overwhelming competitive sports and taking home every trophy.

And even if there were, the panic-sowing claims and proposals for new legal bills that enable our exclusion from sports are unnecessary - Section 42 of the Sex Discrimination Act as it currently stands already provides for exclusion of trans and gender diverse people where it is deemed that factors such as stamina and strength might pose questions of safety and fairness.

And tellingly, Australian sports bodies rarely utilise this provision, largely preferring to commit to creating inclusive sporting environments for all.

Ultimately, the insidious and cruel nature of banning trans people from sports - or from bathrooms, or classrooms, or wherever the next anti-trans culture war pops up - is that it is designed to exclude us from participating in public life and community.

It is to exclude us from living rich and full lives. It is to say: "You are less valid and less human."

And we have heard this kind of rhetoric before, applied to other minoritised and marginalised groups. The stereotyping of all gay men as deviant predators, all too common in the past (and which sadly still occasionally pops up today), is from the very same playbook of divisive and unacceptable demonisation that we now see applied to trans people and our lives.

The amplification of this rhetoric by claiming that transgender identity is only a new phenomenon or "trend" is also problematic.

Historical evidence of trans people is scattered throughout history - where it hasn’t been erased or silenced. And if you feel that there are suddenly more trans people, and trans youth particularly, than ever before, it’s worth thinking about left-handedness.

In the nineteenth and early twentieth centuries, left-handedness was discouraged and punished. As culture and society became more enlightened, as school children were no longer penalised, the numbers of left-handed people increased. We’re now seeing the same thing for trans and gender diverse people; it’s not that there are suddenly more of us, it is that more of us can now safely and openly be who we are.

We need to elevate the level of political debate in this country so that it is not a game of targeting groups of people, of turning our lives into political footballs.

At a time when society and government are increasingly prioritising good mental health and aiming to reduce suicide rates, it makes very little sense to create exclusionary, divisive and discriminatory political and media discourse which contributes a major driver to poor mental health outcomes for trans and gender diverse people.

We can and must do better.

There are so many other critical issues that our country and the world face right now - urgently.

Surely our leaders should be discussing those, rather than fuelling obsessive and damaging misinformation about a small group of fellow human beings who dare to ask for equality, inclusion and acceptance.

Read our three-part series on what it's like to be transgender in Australia in 2022:

Reply
Upvote
2 upvotes
It's disgusting how, time and time again, the LGBTIQ community is used as a punching bag by the political right. It must be very scary to be trans right now.

Also, I am pretty sick of seeing men who, up until now have had no interest in women's sport and are not interested in the *actual* issues that women's sport faces (unequal pay, sexual harassment, underfunding) jump up and down about transwomen playing sport with other women. Transwomen and ciswomen can and do have meaningful competition and the "advantages" that transwomen supposedly have over ciswomen are largely non-existent.
Y
yeahyepyes 22 days ago

Reply
Upvote
3 upvotes
@laura__palmer to suggest that it's just the political right standing up against the transgender agenda is incorrect. Perhaps the most prominent of voices in this whole debate, JK Rowling, was, up until recently, considered a massive lefty and feminist. It's bizarre that wanting to ensure the hard earned freedoms that women have in the west is now considered a right wing view.
L
laura__palmer 22 days ago

Reply
Upvote
2 upvotes
@yeahyepyes I didn't suggest that it was "just" the political right. I'm talking about the article, which is specifically about right wing bigotry towards transgender people (women in particular). Radical feminism, typically left-wing, (and Rowling) do have a lot to answer for, but when it comes to politics here in Australia, it's very much the right-wing who are using transgender people as a political football.
"It's bizarre that wanting to ensure the hard-earned freedoms that women have in the west is now considered a right-wing view." How are women's freedoms at risk, exactly, from trans people? Like, I've delved hard into the world of the TERFS, was one there for a little while, and none of their claims that women's rights are at risk actually stack up. The bathroom debate, women's sports, all of these arguments, are just scaremongering. When you look at the stats and facts, ciswomen are not at risk from transwomen at all and it just takes away from the things that actually matter and that actually affect the wellbeing of women.
C
cat 22 days ago

Reply
Upvote
2 upvotes
@yeahyepyes JK Rowling is a a TERF. That is an extreme right position in which they delude themselves that they are left wing.

The right wing always claim to be defending their own hard -earned freedoms, be it gun ownership, slave ownership, a jewish state, feminism or the dominance of the aryan race. The tell is that these "freedoms" always require the repression of other groups.
M
mb1111 22 days ago

Reply
Upvote
2 upvotes
@laura__palmer over the past week a number of notable former Australian female elite athletes have raised concerns about the sports issue. My take out is that I have not seen the same concerns raised about trans men competing with cos men at the elite level.  Why is this so?
S
snorks a month ago