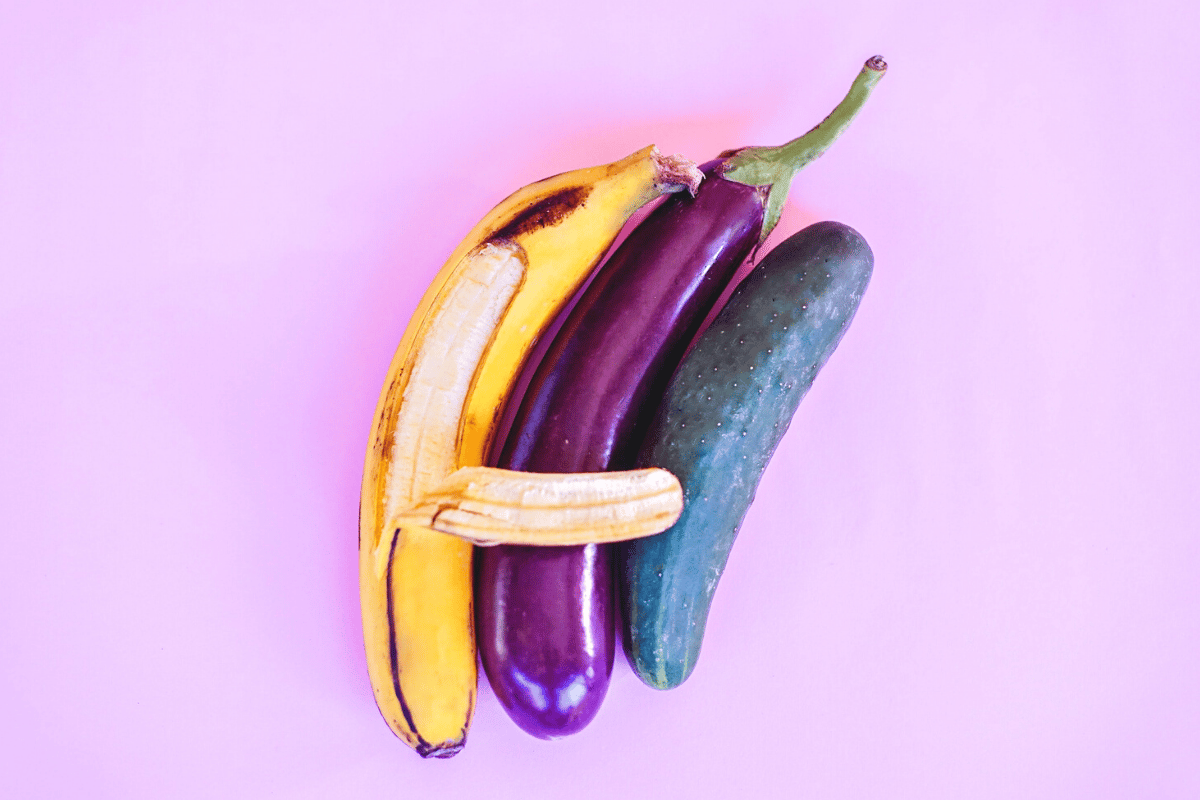 This week, Megan Fox confessed the lengths she went to have sex with her fiancé Machine Gun Kelly.

While in Las Vegas for the Billboard Music Awards, Fox shared a string of photos to Instagram wearing a sparkly baby blue jumpsuit alongside Kelly.

In the texts, Fox wrote: "Was this blue outfit expensive because we just cut a hole in the crotch so we could have sex."

"I hate you. I'll fix it," her stylist replied, along with three laughing emojis.

From public sex to elaborate reenactments, here's what they had to say.

'We never spoke about it.'

'We were putting on a show.'

"There is this guy I have known for a while and when I was up on the Gold Coast for a holiday, I met up with him for a few drinks. One thing led to another and the next minute, we were in a high rise fire exit which was outside. He bent me over, gripping onto the railing, and we began to have sex. People on the balconies surrounding could see it happening. We saw people watching us get it on, which we knew and loved. We were putting on a show for them! I have always taken on a more sexually dominant role in experiences like these, but in this instance he took control and I loved it. I'm a married mum with kids now, and whenever I feel like escaping and fantasising about my 'former life' I always go back to this moment."

'I had been single for far too long.'

"I was in Sydney during one of the COVID lockdowns and I was single and sex-free for far too long. I lived in an apartment building at the time and noticed I had a good-looking strata gardener who took out our bins every Monday. So, I left a note on the bins one day that told him I thought he was cute and left my Instagram handle (so he could check me out too)! We started talking on Instagram and decided to go on a walking date one evening. He met me at my house and we walked down to the local pub that was selling takeaway cocktails, then we walked to a local harbourside beach and ended up having sex. First on the dock, then on the beach, then on the tables. I figured if he came inside my house we'd be breaking the rules anyway, so we figured the only rational option was to become intimate partners BEFORE going inside."

'We had sex at Bondi Beach.'

"My all-time favourite sex story is when my boyfriend and I had sex in the water at Bondi Beach. Yes, it was late afternoon so not too many people around - and no one noticed - but it still felt so naughty."

Watch: How are women having sex? The juiciest results from the Mamamia Sex Survey. Post continues below.

'The car was rocking.'

'We were having sex while rain poured on us.'

"My partner and I decided to try our hand at sex in a jacuzzi while we were away on holiday. I still think about it years down the track. She and I were really getting into it and then it started raining on us - given we were already wet from the jacuzzi, we just continued having sex while rain poured on us."

'It will forever be imprinted on my mind.'

"The moment my husband decided to put pegs on my nipples will forever be imprinted on my mind. God it was hot."

'We were so scared of getting caught.'

"I had sex in a park overlooking a lake in the middle of the night. My partner had laid out this massive dirty blanket that I swear to god I have only ever seen tradies keep in their car. It wasn't necessarily 'bad' sex, but we were so scared of getting caught that he came all over my pants. I was very upset. Not to mention I was 19, and he was 30! I got home at four in the morning, had to masturbate to get myself off (because he said he was 'too scared' to get me off in the park even though that's what I had just done for him). It was the biggest 'f**k my life' situation. But I would do it again."

'We didn't once get dressed.'

"My kids were away for the weekend. We stayed home. We didn't once get dressed. In the 40 hours they were gone, we had sex 16 times. The best sex was outside on the patio furniture while the neighbour mowed his lawn!"

'They were waiting for us in the next room.'

"When my partner and I were in Bali on holiday, we got a couples massage. We had sex after the masseurs left the room. They were waiting for us in the next room to get changed."

'He would sneak in the window.'

"I had the most amazing sex with a bus driver I met on the southern coast of Italy some years ago. I was staying in a BnB in a tiny village, and the place was run by a rather disapproving Señora. So every night of that week, the bus driver would sneak in the window and we'd f**k for hours. He still messages me sometimes begging me to return to Italy."