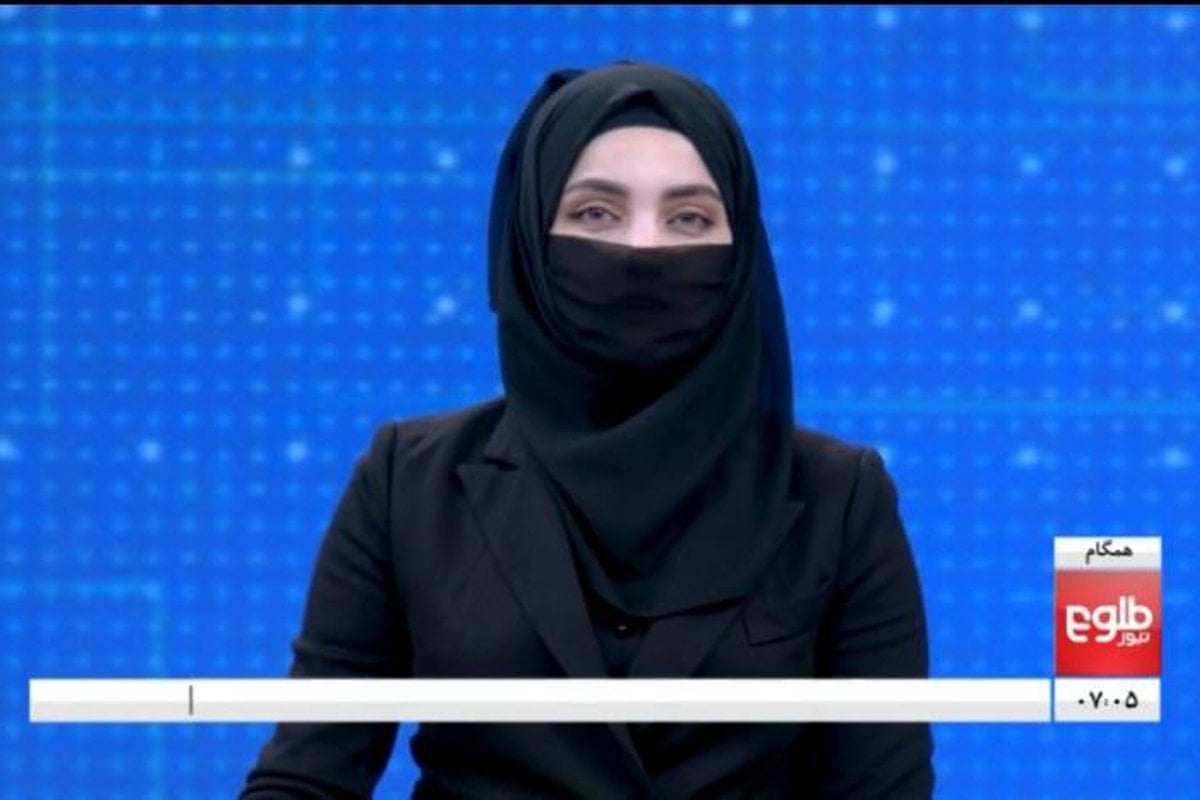 Warning: This post features explicit details of domestic and sexual violence that could be triggering for some readers.

Watch your child starve to death, or sell one of their kidneys?

This is just one of the horrific choices faced by Afghan parents as the barbarous grips of the Taliban continues to tighten.

Aziz was 12 years old when she and her family fled Afghanistan as refugees. They arrived to the safety of Australia almost 40 years ago. Now, the Perth-based counsellor is trying to raise funds and do all that she can to assist those left behind and fighting for their basic survival under the regime.

“Women are forced into prostitution, [they] are sold and bought every day; children [and] uni students are selling their kidneys and body parts to be able to make a living for the rest of the family,” said Aziz, who still has contacts on the ground, keeping her abreast of the developments in Afghanistan since the Taliban seized power on August 15 last year.

Listen to The Quicky on the unthinkable decisions Afghan mothers are having to make. Post continues after.

Since then, there have been international sanctions, restrained aid and a collapsed economy. Women have been generally prohibited from working, and the country is suffering the effects of devastating drought.

Aziz told the story of a young man who is studying law at university. He had to sell his kidney because his brothers were killed, and so it became his duty to be the breadwinner for both families - “and there are no jobs or money in the country. [This is what] he had to do to survive.”

Speaking with Wall Street Journal (WSJ) podcast, The Journal, WSJ foreign correspondent Sune Rasmussen said that flyers advertising the buying and selling of kidneys are stuck on lamp posts and walls in the western Afghan city of Herat.

“There are kidney brokers in Herat that will distribute their business cards. It's on social media. It's an open secret basically,” said Rasmussen.

But organ harvesting is just one aspect of the tragic reality of post-Taliban life in Afghanistan.

American Payvand Sayedali has lived in Afghanistan for the past decade. She consults NGOs on education, health and human rights.

"There's a lot of sadness. Suicide rates for girls are through the roof. Women are even burning themselves as a suicide methodology and as a way to go out making a statement... That's much more trackable, and that rate has increased as well," Seyedali told ABC News America.

When the country fell back into the hands of the Taliban, many women feared the worst, and rushed to the bazaar to buy a burqa; they had never owned or worn one before. In the initial months, wearing the burqa was inconsistently enforced. Then at the start of May, all women were ordered by the Taliban to wear the garb.

On May 22, they took it a step further to include all women news presenters in the mandate, ordering they cover their faces while on air.

As Taliban forces female anchors in #Afghanistan to cover their faces “to implement Shariah” as they say, Afghan male TV presenters also cover their faces in solidarity with their female colleagues. #FreeHerFace pic.twitter.com/r9x86EEO2X

According to Reporters without Borders, since the Taliban takeover, nearly 40 per cent of Afghan media stations have closed, and 80 per cent of women journalists have lost their jobs.

With women largely contained to the home, domestic abuse has also worsened.

"Men have become more violent since the Taliban," says Mina.

She is a 24-year-old Afghan woman - and before the Taliban returned to power, she was one step away from finalising divorce from her husband.

All Mina needed was two witnesses to sign the divorce document before the court. But right at the last hurdle, the former government collapsed, and now the courts refuse to finalise her case, reported Rukhshana Media.

Since the Taliban resumed its murderous rule, Mina - along with most women - has lost her job, and therefore any financial independence.

Mannequin heads are being removed in Herat, Afghanistan. Article continues after video.

Now, Mina is trapped - and her husband beats her.

Amina's story is not dissimilar.

Her husband is a violent drug addict, and the 27-year-old mother of two has been going to court for five months in order to gain a divorce.

"He always beats me," she said, sharing, he once "hit me with a brick on the head when I asked him to work and bring bread to eat".

When the Taliban took back power of Afghanistan last year, the world held grave fears for the future of the country - particularly for women.

The Islamic fundamentalist regime is well-known for its flagrant abuses of human rights, including the rule of oppressive misogyny it enforced during its reign from 1996 until the US-led invasion in 2001.

During that time, women were denied the right to work, to education and even to begging. Women were also required a mahram, a male guardian to accompany them in any public space.

The (now reinstated) Ministry of Vice and Virtue publicly beat women if they were found to be without a mahram - and for wearing socks that were considered insufficiently opaque or for showing their wrists, hands and ankles.

But it'll be different this time, said the Taliban as they returned to power almost ten months ago.

It absolutely has not been. And conditions continue to deteriorate as time goes on.

In late March, the Taliban banned women from air travel, barring them from boarding flights on Afghanistan's Kam Air and Ariana Afghan Airlines unless accompanied by a mahram. This comes after women were already forbidden from taking public transport or inter-city road trips alone.

And then, it was decreed that men and women cannot visit Kabul parks on the same days. Women get Sundays, Mondays and Tuesdays - with a mahram, of course.

"It is not the Islamic Emirate's [Taliban's] order but our God's order that men and women who are strangers to each other should not gather at one place," Mohammad Yahya Aref, an official at the Ministry for the Promotion of Virtue and Prevention of Vice, told AFP.

Since last August, the Taliban also banned girls aged 12 and above from attending school until after the Persian New Year, Nowruz. The new year passed on March 22 - and so did the Taliban's promise.

The next day, girls packed their bags and returned to school, but were turned away.

One secondary student, Fatima, told the BBC, "We just want to be able to learn and serve our people... What kind of country is this? What is our sin?"

Devastated and in tears, hundreds of thousands of adolescent Afghan schoolgirls took to the street in protest.

This is just one of the latest major assaults crippling the ability of women and girls - to live a self-determined life.

Almost immediately when the Taliban took over, women were thrown out of their jobs - only being allowed to keep their positions that a man cannot fill, like being an attendant in a women's bathroom, stated CNN. Women courageously took to the streets in protest in the country's capital, Kabul and Herat.

Bano was one Herat protester. She lost her job because she was commuting to work alone, reported The Guardian. Her husband, a soldier, has been missing in action for three years, and she has no adult sons or brothers to act as mahram. And now, no way to make ends meet.

As for higher education, women and men must be segregated, with classrooms divided by a "sharia partition" and women confined to a waiting room before classes to avoid contact with their male classmates.

Gut-wrenching image - father consoling daughter who turned up to school today only to learn the Taliban continue their ban on the education of girls in Afghanistan.

In January, there were reports that the Taliban captured 40 people in Mazar-e-Sharif, and then gang-raped eight of the women. Those who survived were then murdered by their families in honour killings.

The Taliban also announced that women will be banned from playing sport, "because it's not necessary... [and] they might face a situation where their face and bodies will not be covered. Islam does not allow women to be seen like this," said deputy head of the Taliban's cultural commission, Ahmadullah Wasiq.

Increasingly erased from public life, where are women - 48 per cent of Afghanistan's population - now? Mostly confined to their homes and living in fear, reported Human Rights Watch.

No identity. No education. No livelihoods.

16-year-old Laila from Takhar province told the BBC, "We have nothing to do apart from housework."

"We are just frozen in one place."

If this post brings up any issues for you, or if you just feel like you need to speak to someone, please 1800 RESPECT (1800 737 732) – the national sexual assault, domestic and family violence counselling service. It doesn’t matter where you live, they will take your call and, if need be, refer you to a service closer to home.

Reply
Upvote
1 upvotes
It just makes no sense, what do they think will happen when all the women and girls are killed or leave the country ... these Taliban extremist men should be blown to hell were they came from
H
heatherjane2626 19 days ago