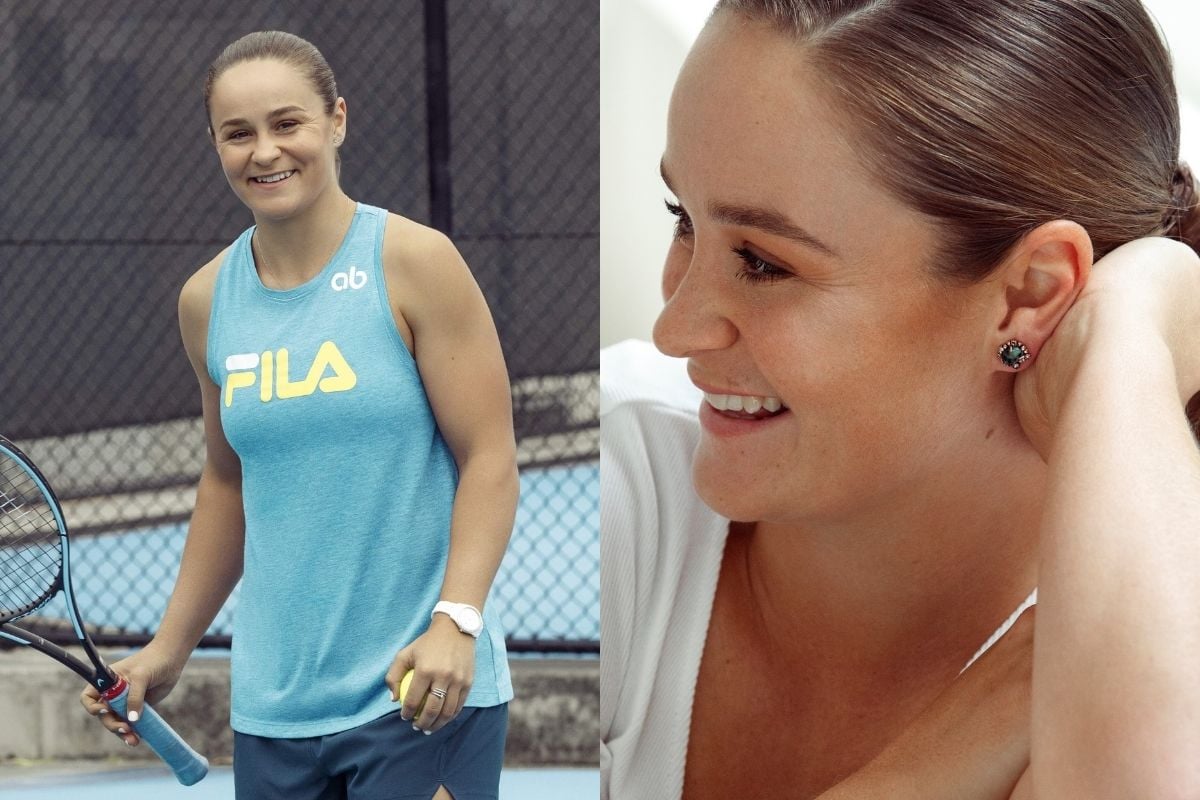 What I Put On My Face is Mamamia’s celebrity beauty series that takes you inside the beauty cabinets of some of Australia’s most influential people.

This week, we speak to Ash Barty (!), the retired professional tennis player who really needs no introduction, but we'll give her one anyway, because it's bloody Ash Barty!

As the former world number one, she's only the second ever Australian female tennis pro to be ranked number one after fellow Indigenous Australian Evonne Goolagong Cawley. Here, the 25-year-old talks about her everyday skincare routine, as well as her daily health and wellness routine. Enjoy!

You don't have to be into tennis to know who Ashleigh 'Ash' Barty is. You don't even have to like sport. As one of Australia's most celebrated athletes, Ash is the kind of hero we can all be proud of.

As the country's highest-ranking tennis player, she's won three major tennis singles titles - the French Open (2019), Wimbledon (2021) and the Australian Open (2022). The proud Ngaragu woman was also named Young Australian of the Year in 2020, becoming a role model for Australian kids and the Indigenous community.

At only 25 years old, Ash has countless triumphs and achievements already under her belt - which made it all the more surprising when she recently made the shock announcement to retire.

Watch: What does it take to be an Aussie sporting hero? Jessie Stephens investigates for Mamamia Out Loud. Post continues below.

We caught up with the sporting champion and the face of esmi Skin Minerals to ask about how her routine has changed, and take a pervy peek at absolutely everything in her beauty routine ('cause we're nosy like that).

"I have a fairly basic routine but it works well for me," Ash shares.

When it comes to her chief skincare concerns (we all have 'em), Ash said her main focus is on restoring and protecting her skin from a sports-heavy lifestyle.

"For the last few years, I have been travelling constantly and spent a lot of time on planes and in the sun so hydration and sun protection were my biggest concerns." 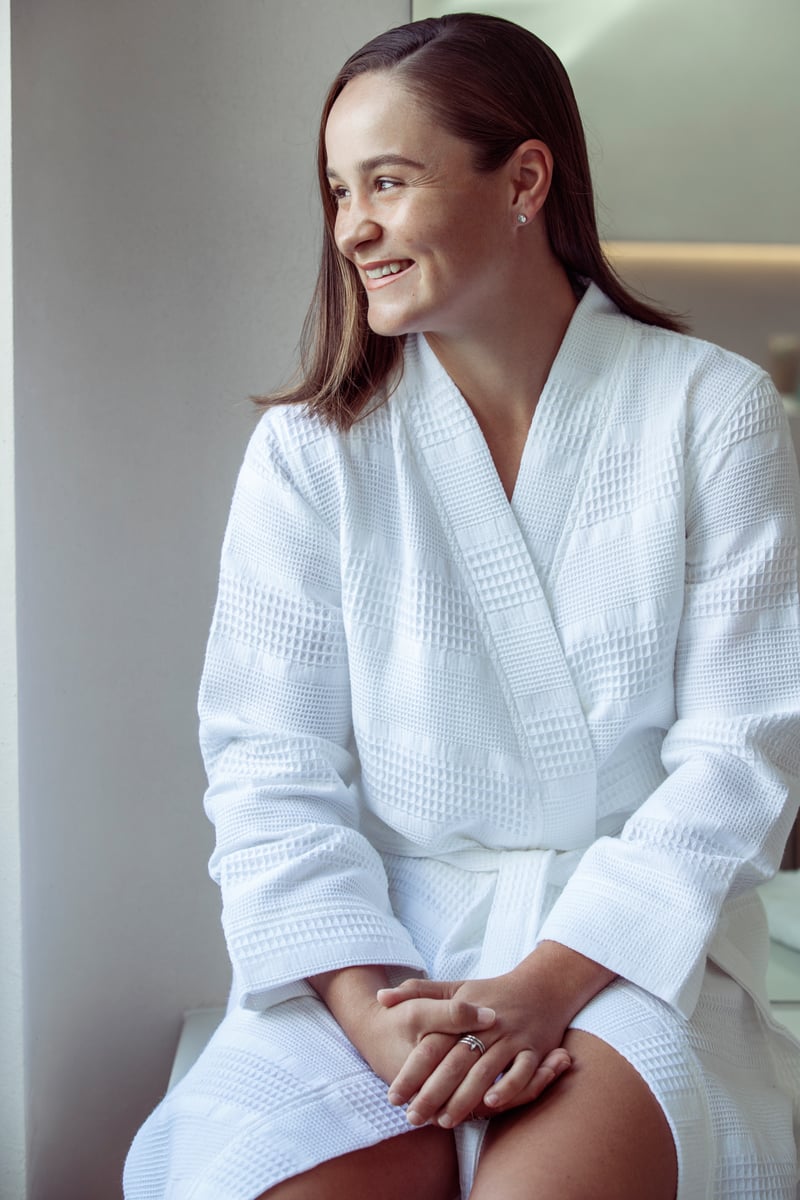 "I use the esmi Uncomplicated Cleanser, $49, morning and night, esmi’s Hyaluronic Hydrating Serum, $65, and esmi’s 24K Gold Nourishing Oil, $65, to keep my skin hydrated. I love using the esmi Soft Skin Refining Charcoal Clay Booster Mask, $95, to gently exfoliate once a week, too."

Most important? SPF. "I always wear sunscreen to protect my skin!"

Full marks for you, Ash!

When it comes to her everyday makeup look, Ash tends to go bare-faced most days, describing her routine as very simple.

"Natural is best for me. I very rarely wear makeup!" she said.

"If I need to have something light on my face, I like the esmi BB Cream, $50, and PONi Cosmetics White Knight Mascara, $32.

"I have always preferred the shape and fit of men's caps - they’re a bit bigger."

The key to making a cap stay in place? A handy little tennis pro-approved hair trick.

"To make sure the hat doesn’t fall off, I need to tie my hair into the back of my hat… I did this whenever I was playing tennis. I have also used bobby pins to attach the hat to my head so it wouldn’t move."

For her signature scent, Ash said tends to steer away from heavier, more loaded scents - instead opting for something fresh and clean.

"I like a light fragrance, nothing too heavy or perfumed. Something easy to wear and that works in our hot Queensland climate."

If you're anything like us, you're curious about what Ash's everyday routine actually looks like. So, we asked her!

"Well, that has changed a bit lately! When I was playing tennis, I was training every day, sometimes twice a day, on court and in the gym." 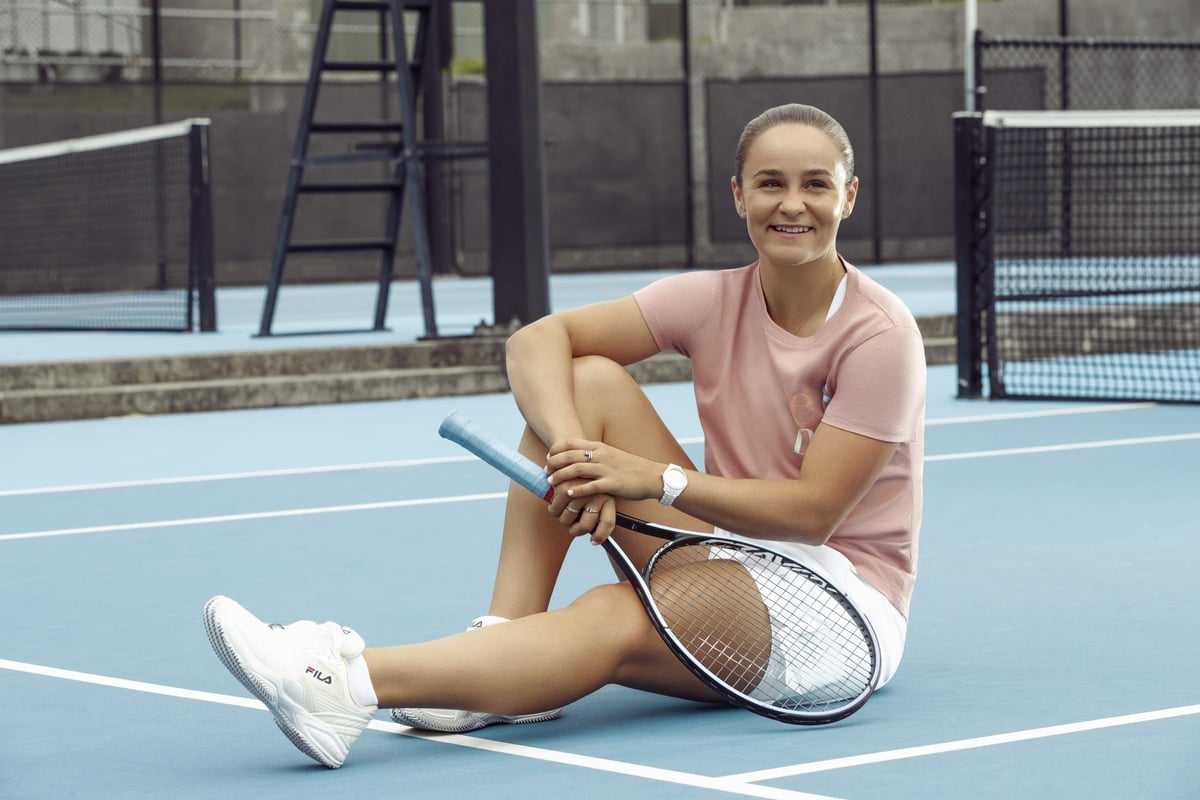 "Now I am at home, I enjoy doing sessions in the gym with weights and on the bike and playing the occasional round of golf."

"My absolute favourite exercise, though, is my morning walk with my three dogs Affie, Chino and Origi."

How Ash Barty likes to relax and recharge.

In terms of self-care, Ash said spending time with her family and exercising is her ultimate tool to recharge.

"Time with friends and family, playing with my nieces and nephew, a round of golf, reading a book, walking the dogs."

"The little things are the best."

Do you use any of the same products as Ash? What are your favourites? Share with us in the comment section below.