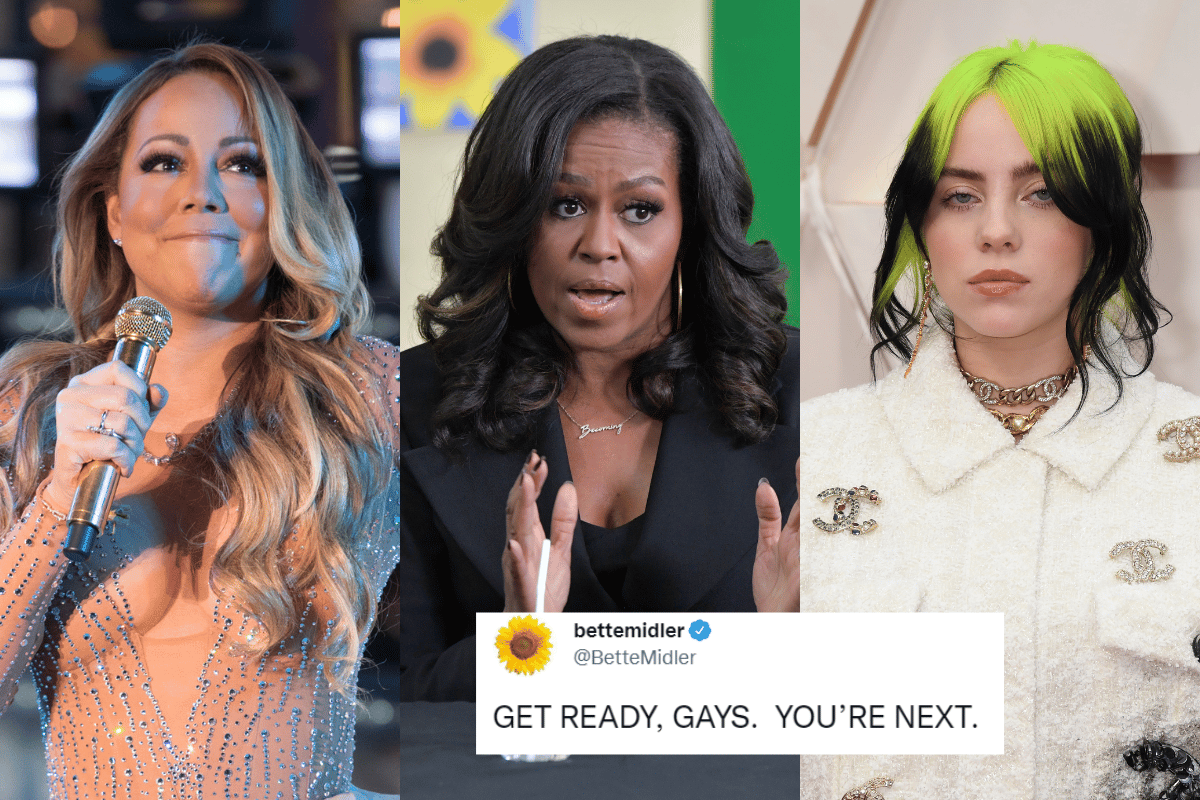 Roe v. Wade was officially overturned by the US Supreme Court this weekend.

The landmark abortion ruling, which has been in place since 1973, means individual states in America will now have the right to ban those with uterus' from seeking legal abortions.

The loss of the fundamental right has caused global outrage, including from celebrities around the world who have taken to social media to express their fury over the Supreme Court's decision to overturn Roe v. Wade.

Video via The Guardian.

Below is what they've had to say over the cause.

And so it goes….Gutted. Now more than ever we have to use our voice and power! WE the people……🙏🏿🙏🏿https://t.co/8gFi0AbNSQ

I’m absolutely terrified that this is where we are - that after so many decades of people fighting for women’s rights to their own bodies, today’s decision has stripped us of that. https://t.co/mwK561oxxl

My thoughts on the Supreme Court's decision to overturn Roe v. Wade. pic.twitter.com/9ALSbapHDY

Barack Obama: "A result no one should want."

For more than a month, we’ve known this day was coming—but that doesn’t make it any less devastating. Here are my thoughts from when we first saw the draft ruling: https://t.co/aegHc7AoTm

This is bad.
This is VERY bad.

Selena Gomez: "A woman should have the right to CHOOSE."

Watching a Constitutional right be stripped away is horrific. A woman should have the right to CHOOSE what she wants to do with her own body. End of story.

Barbara Streisand: "This court is the American Taliban."

The Court uses religious dogma to overturn the constitutional right to abortion. This Court is the American Taliban.

Billie Eilish: "I can't bear to think about it anymore."

.⁦@billieeilish⁩ during ⁦her set @glastonbury⁩: “Today is a very dark day for women in America. … I can’t bear to think about it anymore.” #roevwade pic.twitter.com/d5m7nGJHl9

Patricia Arquette: "This Supreme Court is an absolute disaster."

This Supreme Court is an absolute disaster. From giving people the right to carry guns to taking away Womens rights of autonomy over their own bodies. We weren’t being reactive we saw it coming.

Jamie Lee Curtis: "WE WILL NOT STOP."

Mark Ruffalo: "Adults, join your kids and the youth in the streets."

Adults, join your kids and the youth in the streets. They can’t do this alone, and it’s not fair to expect them to. #BansOffOurBodies #AbortionIsHealthcare #AbortionRightsAreHumanRights #AbortionRights pic.twitter.com/dNAi49UgOl

People will still get abortions.

This will only prevent safe, legal abortions from taking place.

Lizzo pledges $500,000 to Planned Parenthood, a nonprofit organisation which provides sexual health care in the United States and globally.

I’m pledging $500k from my upcoming tour to Planned Parenthood and Abortion Rights. Live Nation agreed to match— to make it 1 MILLION dollars

Listen to The Quicky's episode on what the Roe v. Wade overturn will mean for Aussies. Post continues after audio.

Charli XCX: "YOU need to be vocal."

just because you’re not an American citizen does not mean the overturning of Roe V Wade is none of your business. if you support womens rights and human rights you NEED to be vocal about how drastic and appalling the overturning of the constitutional right to an abortion is.

I’m past disgusted w/ my country and their constant inability to protect one another’s right & keep their word. How u overturning the wrong things? So many things to overturn that make sense. But this is what you chose??

Mariah Carey: "It is truly unfathomable."

It is truly unfathomable and disheartening to have to try to explain to my 11 year old daughter why we live in a world where women’s rights are disintegrating in front of our eyes.

Harry Styles: "Here we are again."

Alicia Keys: "This decision is about more than abortion."

This decision is about more than abortion, it’s about who has power over you, who has authority to make decisions for you, and who is going to control how your future turns out~ @nwlc @PPFA @ACLU @SisterSong_WOC pic.twitter.com/52Pj6j36Z1

Bette Midler: "GET READY, GAYS. YOU'RE NEXT."

GET READY, GAYS. YOU’RE NEXT.

Reply
Upvote
Unclear from the tweet which side Better Midler is on??
M
mamamia-user-482898552 2 months ago

Reply
Upvote
@jennifercw I hope there were more tweets, because on its own, it does look threatening! (And I would assume she's not actually threatening gay people, she has a pretty huge gay fan base. 🙂)
E
erinlawrie 2 months ago