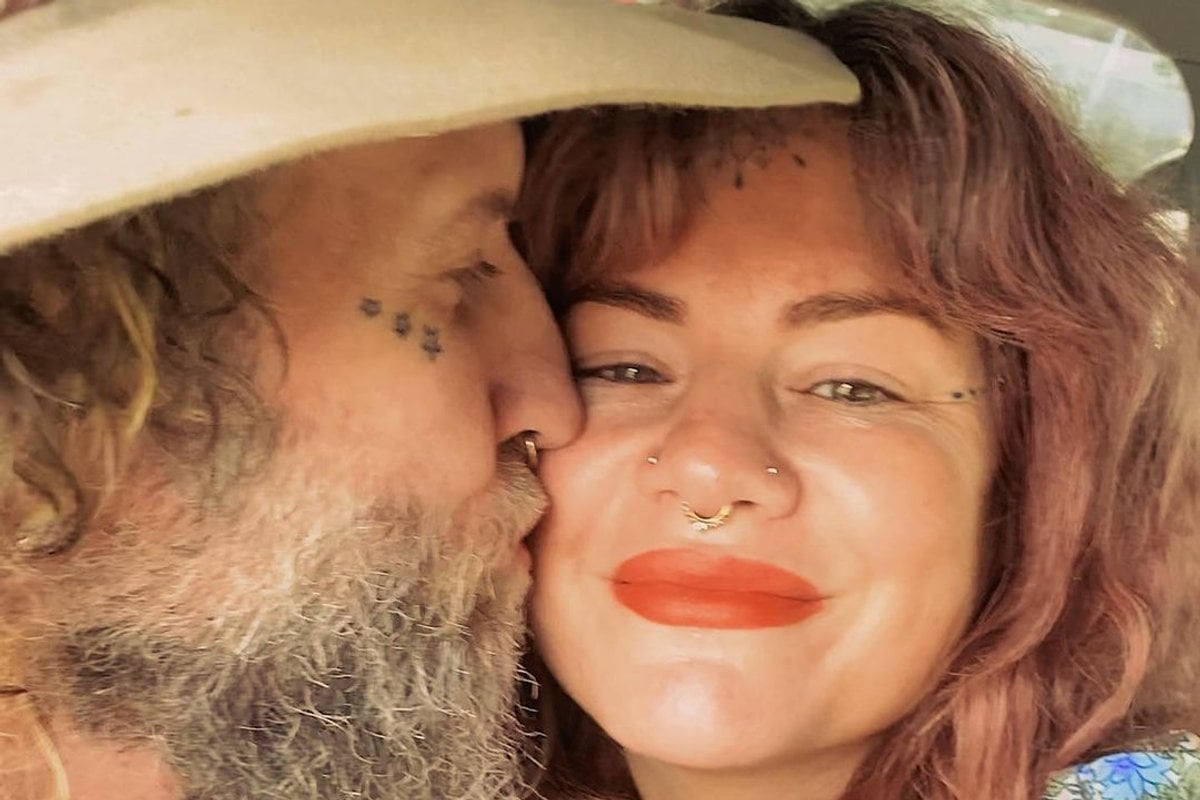 Constance Hall has opened up about her relationship with husband, Denim Cook, sharing that following his motorbike accident in 2020, their relationship has shifted.

"He just completely checked out of life after the accident," she said in a video posted to her social media pages on Tuesday.

"I think when he woke up from the accident, I was very excited. And there was this sort of false [hope]," she continued.

"I spoke to the doctors, and they [said] Dennis doesn't have motivation anymore. The frontal lobe damage has taken any of that away that he might have had before."

In August 2020, Denim was riding with a friend when he came off his motorcycle and was airlifted to hospital with serious injuries.

The accident left him with a broken back in four places, seven broken ribs, a broken shoulder and foot, two punctured lungs, and two brain injuries. Mercifully, his spinal cord was undamaged.

Once in hospital, Denim was put in a coma. At first, doctors gave the family a "fairly okay" prognosis, given the circumstances.

"They said, 'There's two brain injuries, he's broken his back in four places but the spine looks intact, you're definitely not going to be going home for a couple of weeks - put it that way,'" Constance previously told Mamamia's No Filter.

But the following day, a doctor gave Constance a harsh reality check.

"He looked at me and goes 'I'm sorry, I think you might have the wrong idea about your husband's accident. You're very naïve to think you're going to see him or speak to him again. He's had a very serious accident, he's got two brain injuries. A metal plate, Constance, is drilled into his head. We don't do that for a mild injury,'" Constance recalled.

"I was like, 'What do you mean?' He was like, 'The chances of you ever speaking to your husband again are very mild. If he wakes up, chances are he'll be severely brain damaged.'"

In the end, Denim recovered rapidly, though he now lives with a traumatic brain injury and adynamia, one of the most common side effects following a TBI.

For more from Constance's chat with Mia Freedman, listen to No Filter. Post continues after audio.

It means lack of motivation initiation, where a person may show decreased or lost drive, and have difficulty planning and carrying out activities.

"His psychiatrist said really recently, and it was really clever, 'He loves you. He loves his family. He needs to work for you rather than just getting you and all the things you do and provide... and that's not gonna happen unless he's removed from the family home,'" Constance shared in her recent video.

"So we were looking at assisted care facilities for a few nights away... and I was just feeling really bad for him. He was just sort of wasting away to a shell of a man."

She explained that while living together, she was becoming impatient and "not nice" to him.

So, Denim went to stay with his best friend in Esperance, which is a 10-hour drive away from Constance's home in Margaret River.

"I spoke to him the next day, and there was just this light in his face... like he was just his old self again. He was clear. He was awake and alive and around lovely people," Constance explained.

Soon after, Constance went to visit her husband.

"I started looking at him with empathy and compassion and desire again, instead of irritation and overwhelm," she shared.

"Relationships are the first thing to go when life gets f**ked and if these people hadn’t stepped in and helped me, we would have been screwed," she added.

"So anyway, he's still in Esperance, obviously. But he'll come back when we figure out something better. And in the meantime, no one ever said it was going to be easy."

Constance and Denim married in January 2018 in Cowaramup, north of the Margaret River.

Reply
Upvote
3 upvotes
That all sounds like an incredibly difficult situation. I think her honesty and openness is a great thing to make people more aware of the long-term effects of a traumatic brain injury - but I know she's going to get a lot of trolling and abuse for it too. Wishing them all the best.
M
mamamia-user-482898552 4 months ago

Reply
Upvote
5 upvotes
@rush It's disingenuous to chalk everything up to a TBI here. We're only hearing one side of a curated story.
D
daijobou 4 months ago

Reply
Upvote
2 upvotes
@rush I don’t really follow Constance Hall or identity with her at all, but sending her lots of love. No matter the circumstances, this would be a really terrible thing to go through. I really hope people leave her alone and not troll her over this.

Reply
Upvote
3 upvotes
@rush it is a difficult situation but made even more difficult because he is also using meth while driving unlicensed with an unrestrained child in the car. The story of Denim’s arrest & court case are all over the papers here in the west so Con would be silly to think people don’t know there’s more to the story than the repercussions of his accident. But maybe she’s finally decided to keep some things private & that’s totally ok too.
M
mamamia-user-482898552 4 months ago

Reply
Upvote
2 upvotes
@reannon I think she's framed those issues as "his story to tell". Problem with that is 1) drug addiction affects families, not individuals (so it's actually also unavoidably and unfortunately her story, and that of her children) and 2) driving unlicensed and under the influence of drugs poses a significant risk to public safety - so like it or not, we the public now have skin in this game too. Asking people to sit by silently without comment on this is not reasonable.
Presenting just a small slice of a much more complex and troubling narrative is problematic. I fully sympathise how hard and complicated it is to love someone with addiction problems (and all the bad behaviour that comes with it) - but if you're going to share your problems, you can't edit out the uncomfortable bits in order to reframe the situation in a better light.
News
General
Opinion
True Crime
Politics
Sport
Explainer
Entertainment
Celebrity
Reality TV
Movies
TV
Books
Rogue
Royal
Lifestyle
Beauty
Fashion
Weddings
Home
Wellness
Health
Fitness
Travel
Food
Family
Before The Bump
Pregnancy
Baby
Kids
Teens
School
Parent Opinion
Work & Money
Money
Finance
Career
Lady Startup
Relationships
Sex
Dating
Separation
Friendship
Family
Real Life
Couples