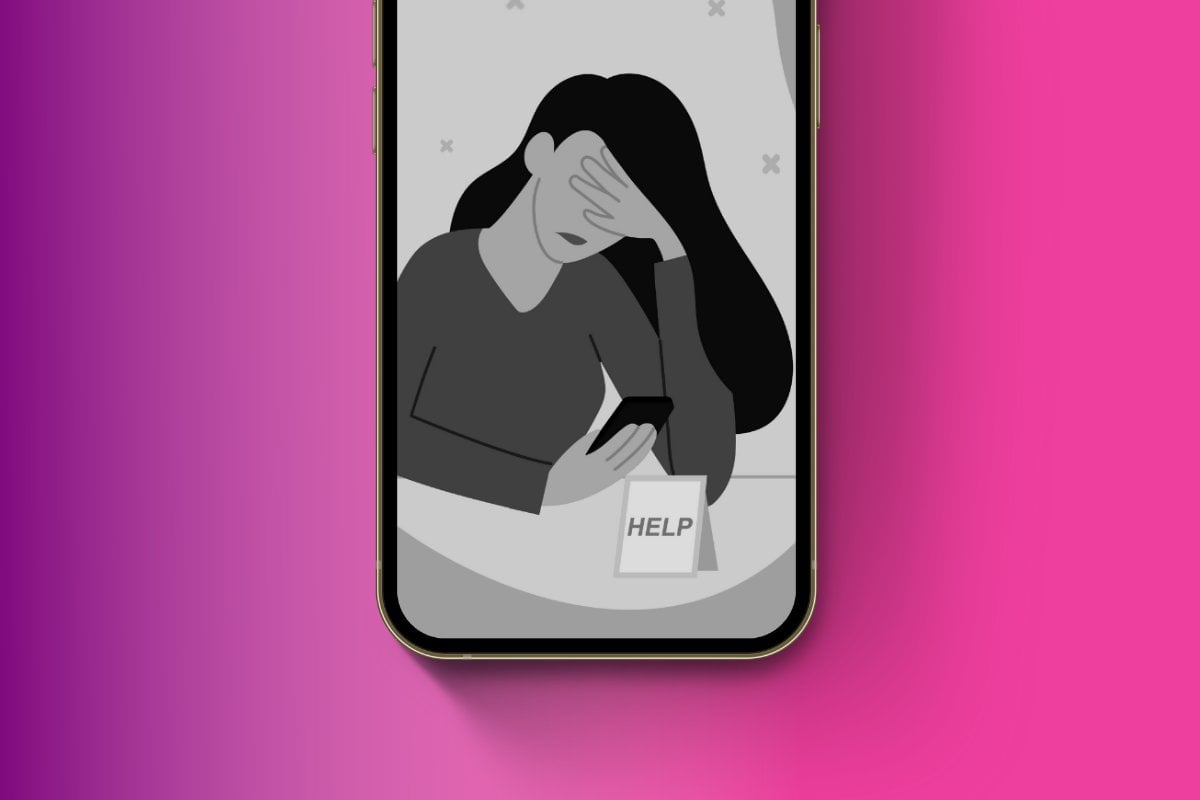 It was a match.

The brown-haired, brown-eyed guy with a nice smile and a great job as a mental healthcare worker had 'liked' me on a dating app. On his profile, he had photos with his family dog, images of him on holiday with his loved ones and a bio that read: "looking for someone to get to know."

Based on the little information I had, I naively assumed that I knew what he was looking for and the type of person he was. I felt comfortable. In my mind, things were looking up.

A message already? Surely this is a good sign! I opened the notification and his first message proudly popped up on the screen. "Hey".

Well, that's a good enough start, I figured. I began our chat with a pretty innocuous question, something like "how was your day?"

His immediate reply did not address my question.

"Like being strapped to a bed? That's my profession," he said. Followed by: "Are your legs like an Oreo? Cus I wanna split them apart and eat the good stuff in the middle. Let's f*** hard."

When I replied saying I didn't think we were looking for similar things and "all the best", I was met with some good old fashioned rejection abuse. I had hurt his ego.

For context, he was one of the first people I had matched with on a dating app. And to be bluntly honest, I felt scared and completely intimidated. Maybe it's because I was quite young and there was an age difference. Maybe it was down to my lack of experience, or my overall lack of trust in men. Or maybe it was that his unprompted pick-up line wasn't suggestive, but instead downright demanding. And aggressive.

Years down the track, similar instances have occurred over a dozen times, getting more intense each time.

And with every message, I've felt myself slipping further and further away from engaging with dating apps – because for me personally, it has painted an incredibly bleak picture of young men.

Of course, it's important to acknowledge that for some people, they're turned on by a conversation fueled by sexual intent – and that's okay, I don't want to sex shame anyone. It's also great for people to be upfront about what they are looking for on a dating app.

What isn't okay is the intimidating nature of some of the messages I have received.

You can ask or suggest sex – but you should never feel entitled to it or another person's body. And telling someone straight off the bat that you think "they're a sl*t, want to choke them, push their head into a pillow and f**k them hard" ain't it.

Recently, I received a 'like' from a 25-year-old along with this message: "Hey, do you live in [name of suburb] and/or do you drive a red Mazda two? I want to f**k you, I have a massive cock."

It made me cringe. And for the record, I don't drive a Mazda two but something very similar, and yes he did get the suburb right. This example isn't isolated.

"I'll hold your hand in public and ya throat in private."

"We've been talking for long enough, why won't you meet up with me? My balls are now blue."

I'm not the only one to receive messages like these.

As my fellow Mamamia colleague Emily Vernem wrote: "The dark side of dating which no one talks about, are the constant little heartbreaks you go through."

Listen to The Undone speak about dating burnout. Post continues after audio.

And she's completely right. There's burnout and a feeling of defeat that comes with each and every one of these messages. Death by a thousand cuts, if you will.

According to Couples Therapist and Sexologist Isiah McKimmie, this sort of experience is quite common.

"My clients regularly share their experiences of this. The frequency can also depend on people's profiles and who they're matching with," Isiah said to Mamamia. "People who send these messages, they're hoping to engage in sexual behaviour, whether that be sexting, exchanging photos or getting up for sex as soon as possible. They hope that if they 'put it out there', someone will engage with them."

Of course, a major part of getting to know someone on an intimate level is having conversations of a sexual nature. And it's completely okay to talk about sex and what you like when there's a shared mutual attraction – but there's a way to do it with consent.

"It really depends on how well you know them and what you're both expecting from the relationship. A good rule to keep in mind is don't say anything to someone online that you wouldn't say in person," Isiah says.

"A great place to start is by asking the person what they're looking for. If they tell you they're looking for a long-term relationship, chances are they're going to want to take their time getting to know you before becoming sexual. If they say they're open to hooks ups or just looking for fun, that changes things a lot and opens the door."

As Isiah said, it's about taking tentative steps forward, opening up the sexual conversation, noticing and acknowledging how the other person responds and checking in before sending a nude.

As to why some people send messages on dating apps that are aggressive to the max? I genuinely don't know.

So, I decided to ask an expert.

Professor of Social Psychology at Macquarie University, Julie Fitness, has conducted years of research into relationships and social psychology. And according to her, there are a few reasons at play.

"There can be a loss of self-awareness and accountability that people may experience when they're interacting online. From the privacy of a bedroom, an individual can enter a fantasy world where other people don't exist in the same way they do when you meet them in person. You can lose yourself in the fantasy world and be as sexual as you like," she explained to Mamamia.

There's also a level of dehumanisation too.

"Some can regard the people they speak to online as objects or commodities for their use and satisfaction. There are some personality factors that seem to predict the likelihood that a man will engage in dating app abuse – in particular, narcissism and a sense of entitlement," Professor Fitness said. "Men are more likely than women to objectify the person they are interested in as a body that should be available for their pleasure. It's often done without considering that these bodies are inhabited by real people who can feel hurt and afraid."

"Women enjoy and desire sex. But they may be more likely than men to want some form of emotional connection first regardless of sexuality – not necessarily love, but to feel safe and respected by a partner. Trust is really important. Men who demand sex (online and in the 'real world') do not make for desirable partners!"

Trust is at the heart of this conversation. Because with each message that I've been sent – with the other person on the end essentially demanding sex – I've felt my trust in men being chipped away slowly. And I don't want that.

There's nothing wrong with asking for sex and embracing sexuality.

But what messages like these have done, at least for me, is ignite a fear in the back of my mind that one day that sense of entitlement will make me feel unsafe.

And that's not what dating – casually or seriously – is about.

Reply
Upvote
2 upvotes
Being a sexual person and enjoying sex is not mutually exclusive with calling out threatening and offensive behaviour exhibited by a complete stranger.
If the messages were using this kind of language towards a person with no sexual content it would not be considered safe behaviour at all.
The work that goes into making women feel empowered to be who they are and feel safe still applies even on dating apps. Sexual harassment laws were hard fought for and won .
Seriously tho if a rando came up to you on the street and said this stuff to you how would it make you feel? Being on a dating app is not an open invitation for aggressive sexual rhetoric with, once again, a complete stranger.
I think all high school students should be made to read and study 2nd wave feminism . The issue with a lot of 3 rd wave and sex positive feminism is that it still places the woman ( in heteronormative circumstances) in the position of making it ok and if she doesn’t than the onus is on her. It’s the ‘cool girl’ phenomenon but on steroids .
Consent is an incredibly important part of this. But where do your boundaries begin? Do you consent for people you don’t know to use intimate language with you? Where does the intimate language stop being sex positive and start being aggressive?
The legitimisation of porn as an act of choice for most women involved is also incredibly disturbing. Very few women engaged in the sex industry around the world are there through choice. The sense of entitlement for the cisgendered male gaze created by porn fuels more porn, sex trafficking of women and girls especially in poor countries where legislation hinders women in the first place.
As pointed out in the article seeing a woman as a person , with thoughts and feelings , as worthy of respect is vital. We need to teach to our men and boys to respect women’s space. Rather than forcing themselves into that space through text , word or deed. If consent is mutual and boundaries agreed then fine.
No is a complete sentence..
M
mamamia-user-893622181 8 days ago