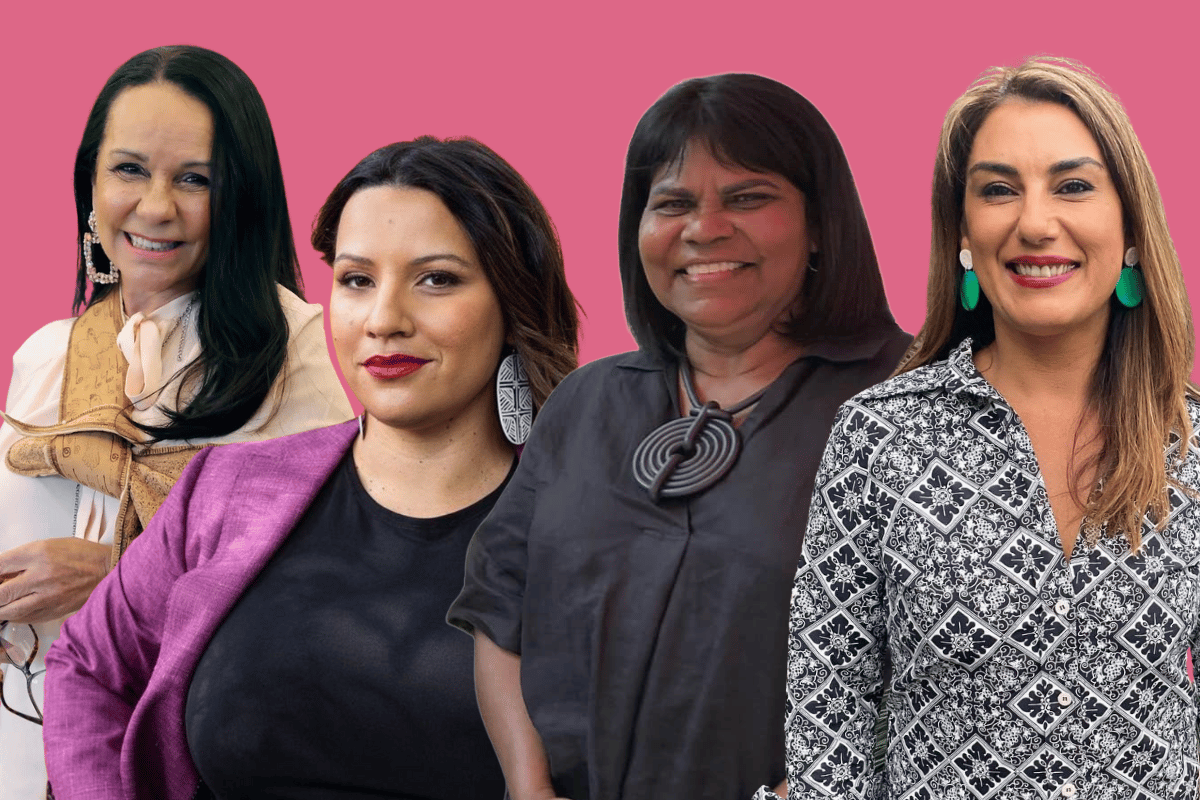 In 2022, Indigenous women are making noise in parliament.

As a result of this year's federal election, we saw not only a "teal wave" of independents championing climate change, but we've also seen a "Black wave" of incredible First Nations leaders championing causes close to them and their communities.

Video via the Australian Parliament.

As Australia celebrates NAIDOC Week, we look back at the stories behind four of the women elected and re-elected, to find out what made them want to pursue politics and some of the key issues they will each be championing this year.

Jana Stewart is a proud Mutthi Mutthi and Wamba Wamba woman and mother.

Jana says she's never been afraid to stand up for others - from a twelve-year-old girl shielding her younger siblings from family violence and drug abuse, through to her work with the Victorian Aboriginal Child Care Agency and the Child Protection System - and now to the steps of parliament.

She was the first in her family to attend university and was also a leading figure in the development of the Victorian Stolen Generations reparations package. She is now the youngest Aboriginal woman to serve in the federal parliament.

"I grew up believing that governments didn't have me or others that grew up in similar circumstances to me, in its heart," she said to Mamamia. "As a First Nations woman, I know the parliament and the people who have sat in positions like mine have passed laws and approved policies that were deliberately designed to systematically tear apart First Nations communities across our country."

Events such as The National Apology to the Stolen Generations and the Victorian Government's commitment to Treaty with First Nations people were powerful influences in Jana's decision to pursue a path in politics.

"I want to ensure that anyone in this country who has had all the odds stacked against them are given every opportunity to succeed," she said.

Under an Albanese Labor Government, Jana said she is passionate about championing the following policy areas:

"As a mother, and having worked as a family therapist on the front line with many families and communities doing it tough or just forgotten about, I intend to be a strong voice. I am very optimistic and hopeful about the future of our political system," Jana told Mamamia, highlighting that she's proud to be a part of the government now in power.

"I am also particularly proud to be entering a federal parliament that is the most diverse we have ever had, with more First Nations, women and parliamentarians from culturally diverse backgrounds than ever before. Australians have voted for change."

Lidia Thorpe is a proud DjabWurrung Gunnai Gunditjmara woman, a human rights, climate and forest activist, and a mother and grandmother.

At 17, Lidia became a single mum. She knows firsthand what it's like to count every cent to put food on the table. In her twenties, Thorpe started an events management business but eventually had to close it, due to domestic violence.

Speaking to Mamamia, Lidia said what made her want to get into politics was her sense of justice.

We’re from different Country, different nations. Speak different languages. We’ve got different priorities and politics, that's why we're in different parties. But, I look forward to coming together at Blak Caucus meetings 💪🏾 pic.twitter.com/p1LtS6ZMHF

"I come from a long line of strong Blak women who taught me to stand up for what's right and never let injustice and racism beat you down. Being Blak means that you're born political, because we're always justifying our existence and fighting for a seat at the table."

As for some of the key issues she plans on championing this year, she said it's a time to tell the truth, also saying First Nations people deserve justice, healing and peace.

"The Greens are fighting for a national truth and justice commission, Treaty and enacting the United Nations Declaration on the Rights of Indigenous Peoples into domestic law," Lidia said.

"The Senate Inquiry into Missing and Murdered First Nations Women and Children will be accepting submissions within six months of the new government. Having a record number of First Nations representatives in parliament is an opportunity for this country to come on a journey of truth-telling, healing and creating a new nation we can all feel a part of. The face of politics in this country is changing."

Marion Scrymgour has lived and worked across the Northern Territory all her life.

With cultural links to the Tiwi Islands and Central Australia, Marion was raised in Darwin with her 11 siblings and extended family. She was a member of the NT Legislative Assembly for 11 years and from 2007 to 2009 she was the Deputy Chief Minister of the Northern Territory.

"Being brought up in a remote Aboriginal community meant that every day I could see how poverty affects people's lives," Marion said to Mamamia.

"I knew things could be better. You can become embittered or you can put your hand up and try to make a difference - and I've put my hand up in many different situations."

She retired from politics in 2012 and worked for several community organisations until her preselection for the 2022 federal election. Most recently, she was the chief executive of the Northern Land Council and the first female CEO of any land council in the Northern Territory.

For much of her life, Marion has worked to improve the health and economic opportunities of Territorians. She's also a champion for people living in the Top End, the Centre and bush communities, 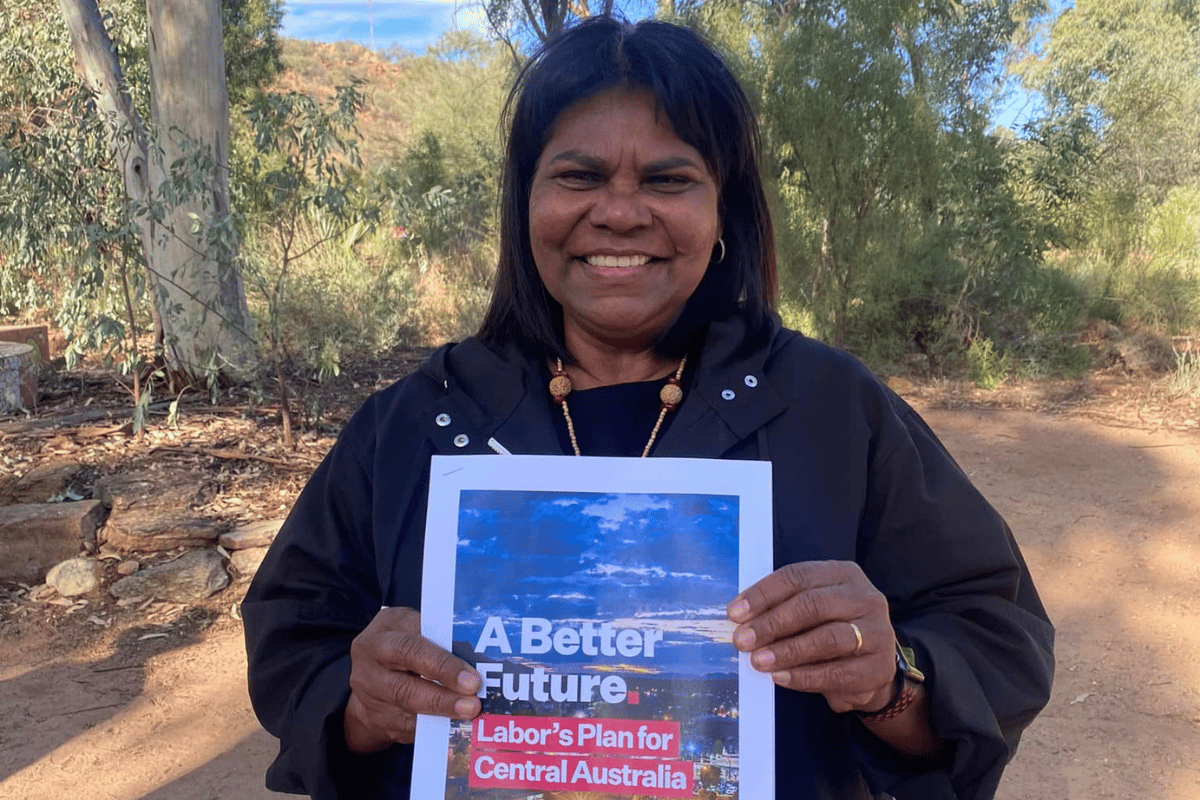 Image: Facebook. "I hate bad policy that is not informed or is unfair. My main job is to ensure the Territory and its regional areas get the jobs and the services they need," Marion said.

"To me, the Uluru Statement from the Heart underpins everything, and I will be working hard to help it come into being. The whole of Australia will benefit when Aboriginal people have a permanent voice in our parliament."

For Marion, she also said that reducing domestic violence is critical and is one of the issues underpinning angry and disaffected youth in the NT.

Overall, Marion told Mamamia that she feels hopeful about the future of Australian politics, with people voting on issues they cared about, and more women, Aboriginal and diverse members in parliament.

But as she noted, there's still a part of our system that doesn't always work.

"For our Aboriginal voters out bush, we saw low turnout rates of Aboriginal voters. This is something I will be working on and very conscious of as a member of a new government. We need to deliver better outcomes for bush and remote areas."

Linda Burney is the minister for Indigenous Australians; the first-ever Aboriginal woman and the second First Nations person to hold the title.

Linda grew up in NSW's Riverina, located on Wiradjuri country. She was separated from her mother as a baby and raised by her non-Indigenous great-uncle and his sister.

The way the Indigenous culture was taught to her at the time of her schooling made Linda feel "embarrassed and ashamed".

It was this experience that made Linda realise "the education system was not what it should be" and later inspired her to become a teacher and work towards changing the curriculum.

After teaching for two years, Linda decided to swap her classroom for a party room. She was the first Aboriginal person in NSW Parliament.

In 2016, she made history yet again when she was elected federal member for Barton and became the first Indigenous woman to serve in the House of Representatives.

Two years later, she was appointed shadow minister for preventing family violence, before being promoted as shadow minister for families and social services. It was an important milestone when considering twenty years ago, Linda had been in an abusive relationship as a young mum-of-two.

Now, she is the minister for Indigenous Australians.

In a public statement Linda said: "The next big step in our national journey of reconciliation is making sure voices pushed to the margins for too long are heard loud and clear. The Uluru Statement from the Heart is a generous and inclusive offer for all Australians to build a more reconciled future together. It would mean lawmakers would have a moral responsibility to listen to First Nations people - and to consider our diverse views and experience before making decisions that affect us." 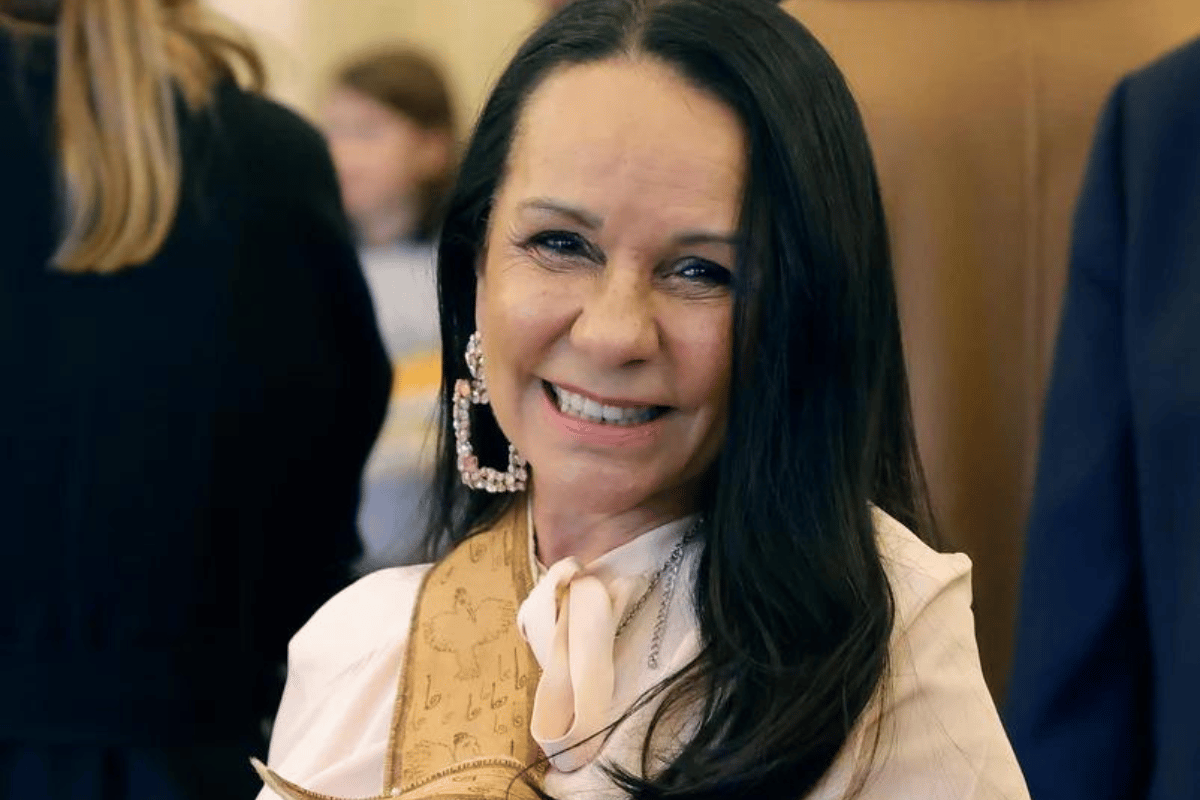 Image: Facebook. Mamamia also reached out to Senator Jacinta Nampijinpa Price, a Country Liberal Senator-Elect for the NT. As of yet, Mamamia has not received a response, but will update accordingly when and if we do.