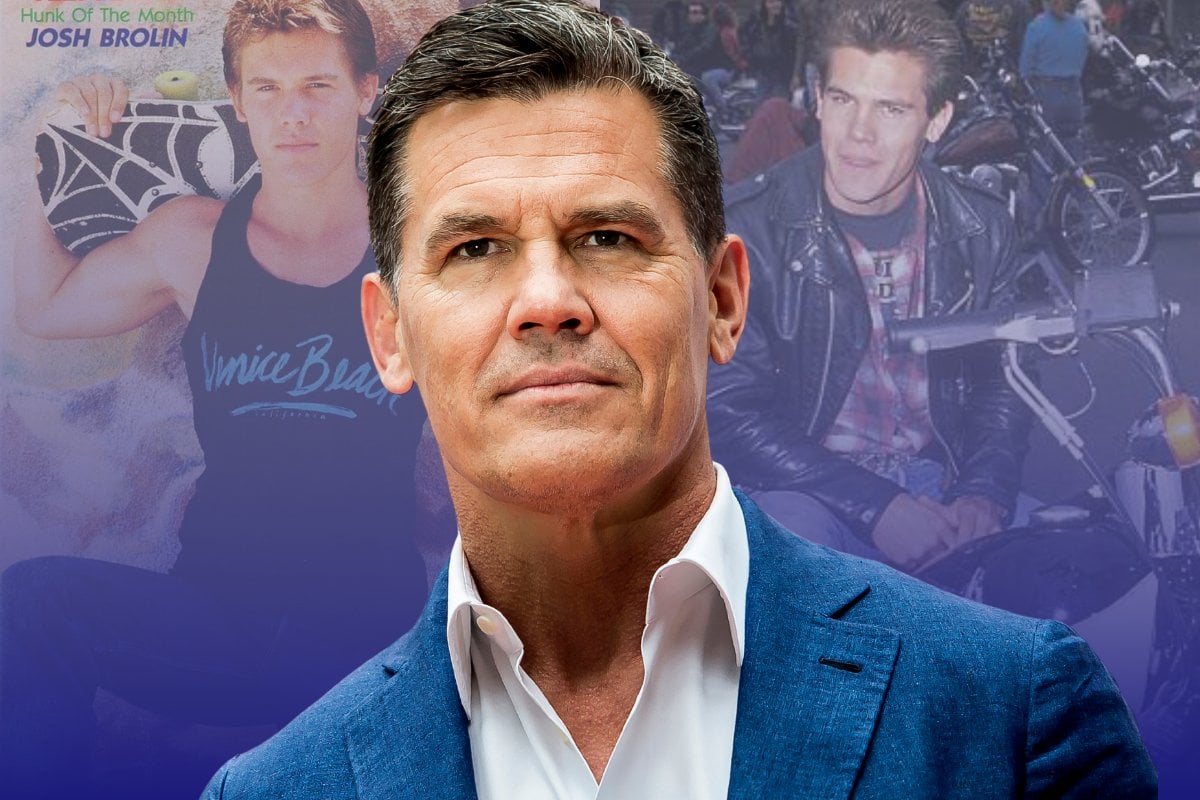 On paper, it makes sense that Josh Brolin went into acting.

He's the son of two-time Golden Globe winner James Brolin and wildlife activist Jane Cameron, and his father famously later married Barbra Streisand. But despite having a dad in the industry (and later, a step-mum), Brolin had little exposure to his father's acting career.

Josh Brolin was raised on a ranch in central California, and as a teenager became friends with a group that called themselves the Cito Rats - a bunch of surfers and skaters who got into trouble and took drugs.

"I tried heroin," Brolin disclosed to the publication. "I mean, I never got into it, and I never died from it, which is a good thing. I’ve had 19 friends who died. Most of those guys I grew up with, they’re all dead now."

Brolin's parents divorced when he was 16 in 1984, and in 1985, he landed his first acting role, playing Brand in The Goonies.

At 17, he moved to Venice, where he would read Shakespeare, audition for acting roles, surfboard and skate.

In 1987, Brolin was offered a part in the film Back to The Beach - a comedy starring 1960s teen sensations Frankie Avalon and Annette Funicello - but turned the role down for the TV series Private Eye.

While his agents said he would regret that choice, Brolin stuck to his guns; and it was during filming that he met his first wife, actor Alice Adair.

The couple had two children, Trevor and Eden (who are both actors).

"When I said I would rather do [Private Eye], people said it would never happen because they were looking at everyone, doing auditions around the country. Agents were telling me if I didn’t do the Frankie and Annette movie, I was a dumb sh*t," he later told the Los Angeles Times.

"I said, 'I’ll kick myself if I don’t try for this, regardless of the outcome.' And I got the part. The series didn’t last, but I met my first wife and the mother of my two oldest kids. That would not have happened if I had done that movie."

Private Eye lasted only one season, and he and Adair divorced in 1994.

In 1995, Brolin's mother died in a car crash, one day after his 27th birthday. That same year, his father divorced his second wife Jan Smithers, and the following year, met Barbra Streisand through a friend. (The two married on July 1, 1998.)

Brolin spent much of the 90s and early 00s appearing in mediocre film roles. But for the most part, he was unemployed.

To make ends meet, Brolin started trading stocks and co-founded his own website, marketprobability.com, which provided users with a 25-year breakdown of market trends.

Then in 2006, he secured his big break - playing a Texas welder in the Coen brothers' Academy Award-winning film No Country For Old Men.

After sending in his audition tape (which the Coen brothers dismissed), he landed a courtesy meeting where he won them over. 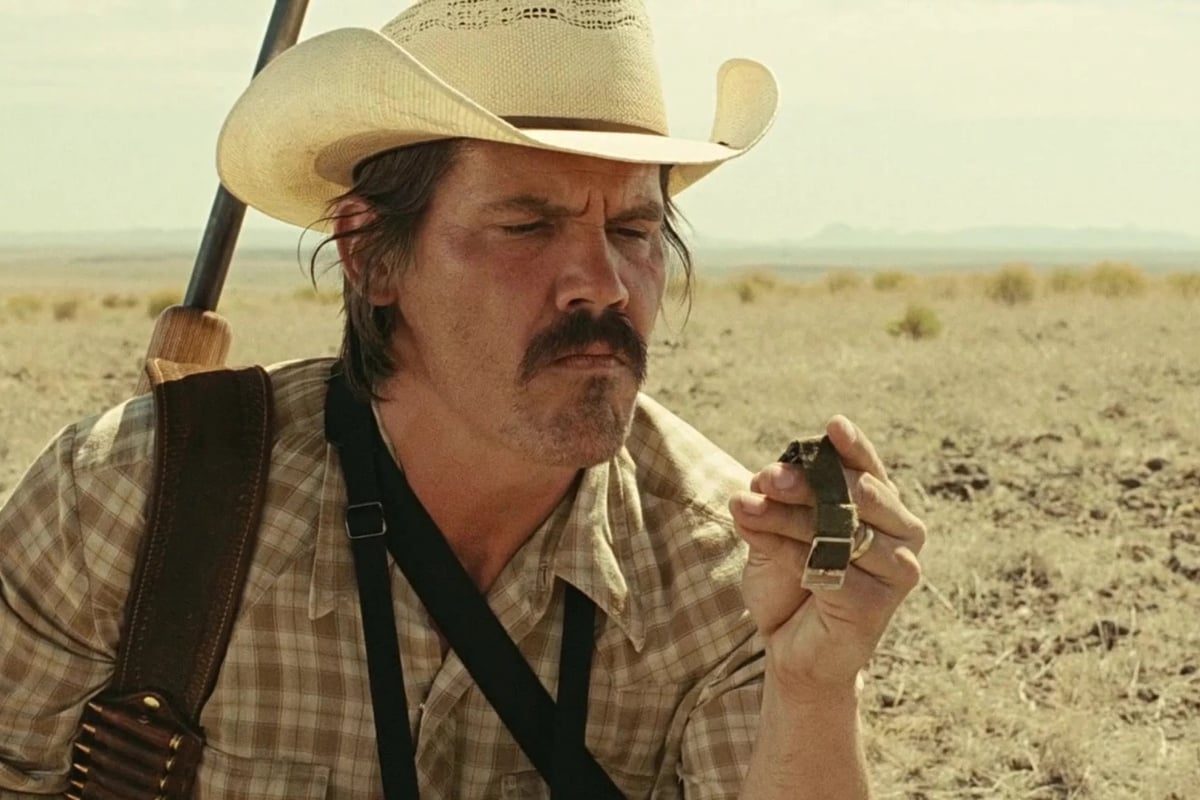 From there he appeared in Quentin Tarantino's Grindhouse, American Gangster, Wall Street: Money Never Sleeps, and Milk, which landed him an Oscar nomination.

As for his personal life, Brolin married for the second time in 2004 to actress Diane Lane. They were together until 2013, when he started dating his former assistant and model, Kathryn Boyd.

In 2013, while on a surfing trip in Costa Rica with Boyd, Brolin almost died. The couple ventured out for a late-night snack when they were approached by a man asking for a cigarette and money.

"I was still drinking, and we’d tied one on. There was a McDonald’s around the corner. I guess the guys clocked us the minute we left the hotel," the actor told Men's Journal.

After telling him he had neither, the man stabbed Brolin in the stomach.

"The knife went in about six centimetres," he said.

"It miraculously didn’t hit any vitals. The doctor said, on a lucky scale, I was about a 9.5 out of 10. If he’d stabbed me an inch below, I wouldn’t have survived."

Brolin and Boyd married in 2016 and have two children, Chapel and Westlyn.

In recent years, the 54-year-old actor has become famous for roles in major blockbusters including playing Thanos in Guardians of the Galaxy and the Avengers films, Cable in Deadpool 2, and a shady CIA operative in the Sicario films.

But before then, he wasn't sure whether he wanted to take on such big tent pole films.

"Other movies came along and they said, 'Do you wanna do this thing? Do you want to do Terminator Salvation?' and I was, like, 'No, I really don’t'," he told The Independent.

"It’s just not what I was into at that moment. I was really enjoying the types of movies that I was doing. And then [Avengers] came along, and Deadpool 2 came along, and there was just something really intriguing. 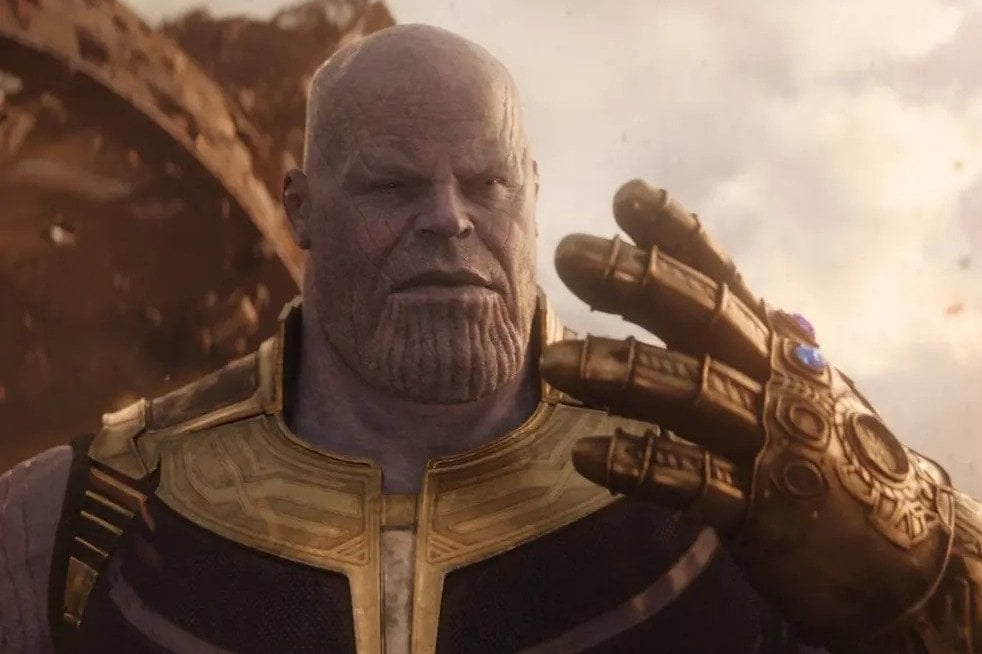 After appearing in so many blockbusters in 2018 and 2019 (they called it the 'Summer of Brolin' after he starred in both the number one and number two movies at the box office at the same time), the actor took a break to focus on family.

"Being with them was very important to me," he told the Los Angeles Times.

In 2021, the actor announced he was eight years sober.

"Sobriety is finally loving without every thought being about how it affects only you," the actor wrote in an Instagram post.

"Sobriety is a moment of being able to love and be consumed by the glee it brings someone else. Sobriety is knowing the difference between selfishness and integrity."

Most recently, Brolin appeared in the sci-fi epic Dune and is now starring in the thriller television series, Outer Range, his first role as a TV series regular in nearly two decades and his biggest producing credit yet.

He considers himself "lucky" to have gotten this far in his career.

"Whenever you think you’re at your peak or you’re untouchable... you will be humbled wildly, and it’s usually a sad humbling.