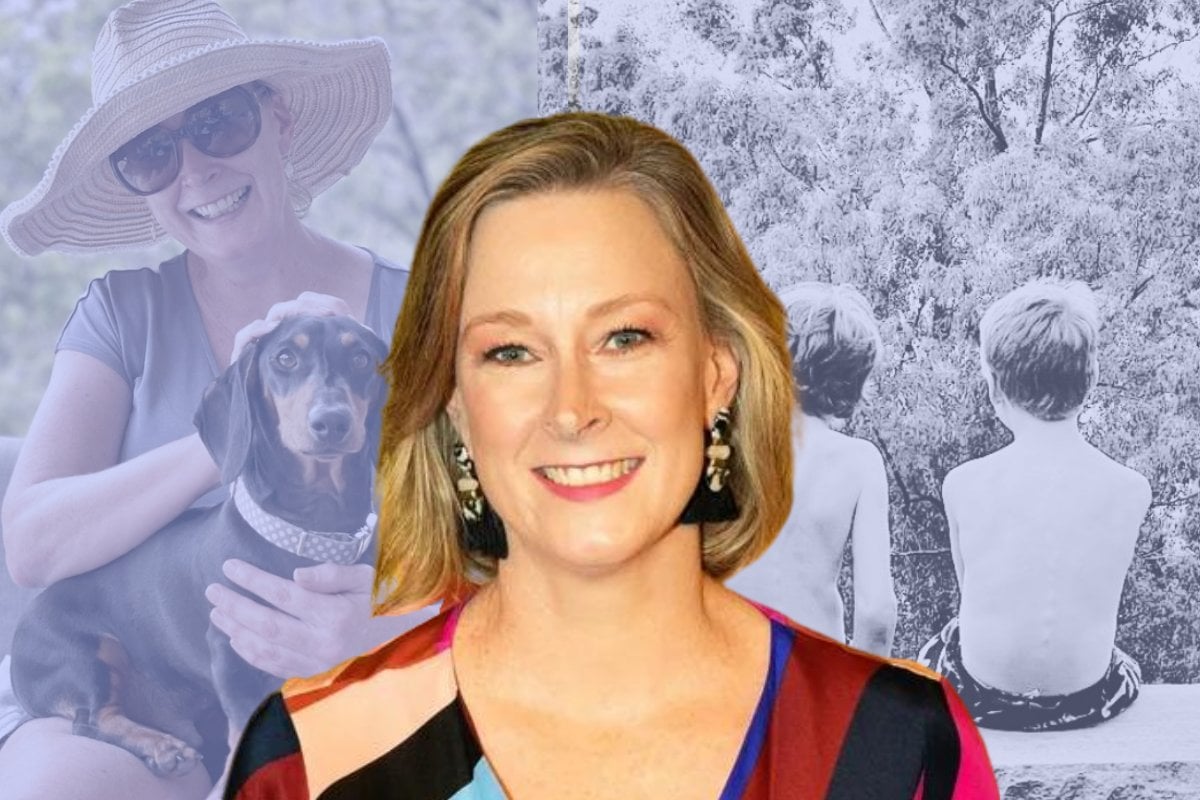 In February 2014, the journalist was pregnant with her second child when she suffered a uterine rupture – a tear the size of a cricket ball – in the upper left side of her uterus. The condition is rare and often fatal, with Sales given three blood transfusions during surgery.

"We both nearly died," Sales previously said on No Filter back in 2018. "Five weeks later, the baby had viral meningitis, and we were back in the hospital."

With this context front of mind, Sales was once stopped by a woman on the street, who said: "I was a nurse when you were in intensive care. I remember you were asleep, and I said to another nurse 'that's Leigh Sales'."

Reflecting on it, Sales said to Mia Freedman on No Filter this week: "I actually felt like that was kind of gigantically inappropriate."

Watch when Leigh Sales announced she's stepping down from 7.30. Post continues below.

But with every troubling experience, there have been multiple positive ones, Sales explains.

"99 times out of 100, people are just really awesome to me and they are very respectful and it's fine."

Another time that Sales was in hospital with one of her sons, there was a family in the bed next to them with a little boy who had a tumour.

"The mother of the little boy recognised me, but she didn't raise it with me. She raised it with my son's father. Initially, it kind of made me feel a little bit awkward, but it also made me feel good because she was a fan of Chat 10 Looks 3 [Sales' podcast with Annabel Crabb]. I got on the phone to our person who does merchandise and said 'can you just quickly bang together a merchandise pack that I can give to the mum?" Sales explained.

"How Can I Be Sure My Kids Won't Experience Racism In The Playground?"

"My ex-husband actually took it in and gave it to her and he said she nearly cried. She was so happy about it. That kind of stuff is really nice, because you just know someone is having the bloody worst few days of their life and so if you can sling them a stupid apron with my ugly mug on it, then that makes you feel kind of good."

After being on television for years and the host of 7:30 for over a decade, it makes sense why Sales has amassed a fan base. She's one of the most recognisable faces in Australia.

"I never assume that people know who I am because I think that would just be up myself. So I don't say 'look I need an extra level of privacy because I'm 'famous'," she laughed. "I'm usually hoping that someone else might intervene on my behalf and say, 'Leigh might prefer to be blah, blah, blah'."

But what's particularly interesting is that she has never really been a person who pops up in the gossip columns or been a part of tabloid fodder. And she has managed to keep her private life, well, private.

It's something she's worked on for years now.

"I think it's cause I'm pretty boring, and also I just try to keep myself under the radar. I do go to the occasional opening night of things, but I don't go out to 'cool' places with dates. I go to daggy suburban pubs. I think the kind of life I live doesn't really invite [tabloid interest]," she said.

As for what Sales' family life looks like, she shares two sons with ex-husband Phil Willis, with the pair splitting in 2016 after over 20 years together. They continue to co-parent their sons together, with Sales previously telling Stellar Magazine that she's grateful to Willis for continuing to support her in her career.

"I can't tell you how many times I've had to call Phil and say 'I've got to go into the office. I know it's my night with the kids, [but] I have to host a special show. How soon can you be here?' That's been great for me but also for our kids because they see that Mum and Dad respect each other, and our vibe is that we're still a family even though Mum and Dad don't live together," she shared.

Keeping her two sons' lives out of the spotlight is important to Sales. As she said to Mia Freedman: "I do go to pains to not have details about my family and private life out there because I think it's not fair on the people around me."

As for people she dates, that's also been front of mind for Sales.

"I do work pretty hard to not be seen with people. To be honest, not that I date an endless parade of people, but I don't want my kids ever Googling 'oh there's mum with that guy and that guy'. I would just rather keep all my private business private. I keep it under the radar."

What kind of person dates Leigh Sales you might ask? One that is confident and self-assured.

"I think you need to be reasonably confident to do that [ask me out], but I also think most people once they meet me and kind of get to know me realise very rapidly I'm not really intimidating. I think what people find hard sometimes is the way other people interact with them," she explained.

She gave one example where on a date with a man, certain people came up to him and said, "Wow you must have felt intimidated asking Leigh out".

"So the message they're getting is 'you're punching above your weight'. And I think that's a hard message for men to get. That's not the message I give people I'm in a relationship with or dating, but sometimes you can feel very scrutinised," Sales said.

"I know my ex-husband, we would be checking in somewhere and it would be 'Mr and Mrs Sales' or whatever, which isn't his name. It's the assumption that this person is just your kind of add-on, and sometimes they can be treated like that. And that can be confronting. Or people spotting me and then looking the person I'm with up and down. There's not a lot you can do about that – it's natural human curiosity. But I often feel sorry for people that I'm with in those situations."

So generally speaking, Sales said she prefers instead to take mates with her to red carpet events rather than "subject some poor bugger to that level of scrutiny".

While Sales has proven women can have a high-paying job and a family, she says she is looking forward to having time for herself after leaving 7.30.

"Time is limited in life... I'm 49, I have so many ideas all the time about things I'd like to do. I have become conscious of the fact [people recognise me]. It might also be because I'm leaving [7:30], so now people are just so lovely because they want to come up and say 'thank you very much' and that kind of thing. And just the range of people who come up to me: it's lovely."