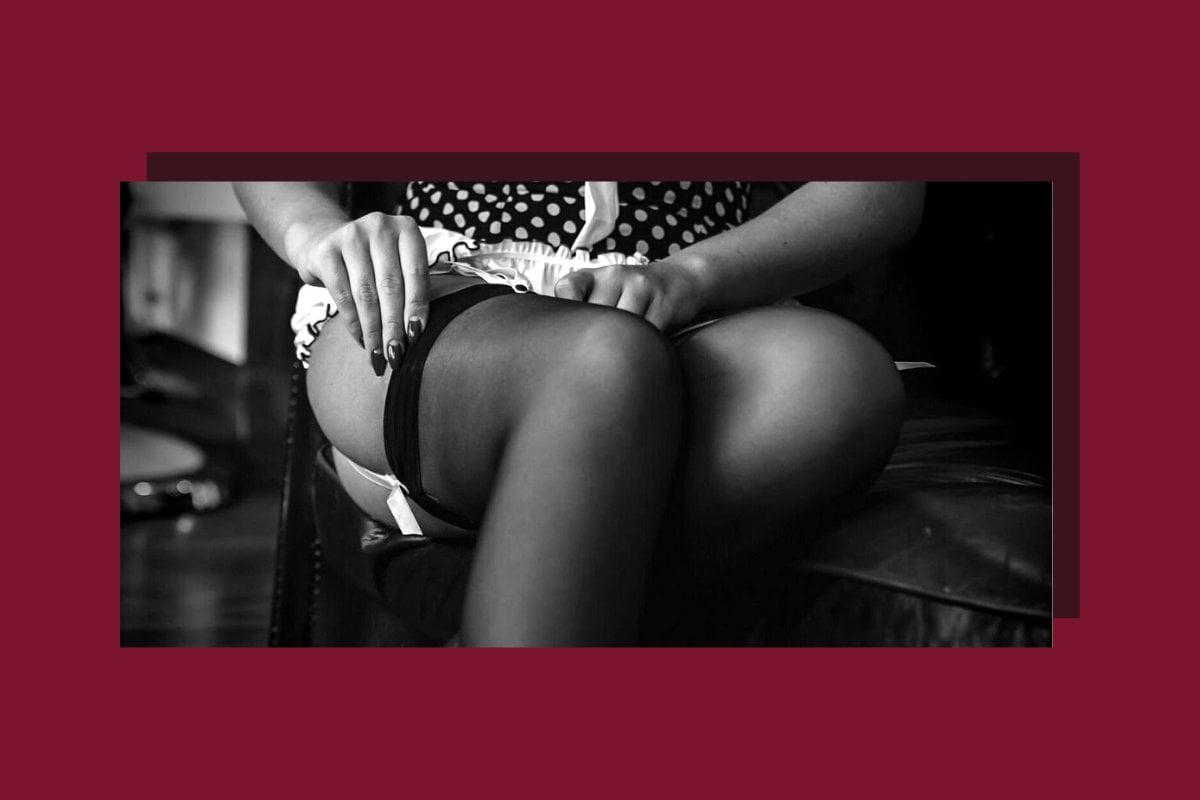 For Cate, swinging is her sport.

While some might play touch football on Monday nights, Cate spends her weekends having sex with lots of different people. To her, they're both hobbies. It's just that one is considered more 'taboo'.

"It's like, people play sport and twice a week they might go to training. Well, that's what swinging is. It's like a sport, where you just go and do whatever you're doing, and then you leave it and you come home and life continues," she told Mamamia's daily news podcast The Quicky.

LISTEN: To Cate on The Quicky. Post continues after podcast.

The first time she tried it was after her 40th birthday.

Cate wasn't interested in getting into a relationship, but she was sick of just having friends with benefits – she wanted to have deeper sexual experiences.

"I wanted to have sex without commitment... without bringing guys over [to my house] anymore," she explained.

Her first dip into the lifestyle was at a swinger's club in Sydney. She walked in and thought to herself: "This is my calling. This is what I am looking for."

"I can go to a club, have sex with someone, and then walk away and leave it there, and then come home and do my motherly duties or whatever," she said.

As Cate explained, you never forget your first time.

For her, it was a couple at that swinger's club who changed the sex game for her, forever.

"They really looked after me the whole night. They didn't pressure me, and it was just whatever I wanted to do," she said. "After that Friday night, I started to go back on a regular basis."

"People think that this is a 'dirty' lifestyle. But let me tell you, I've seen situations where men have tried to remove a condom and try to have sex with somebody, and they've been instantly thrown out," she said.

"So as a lifestyle, the first thing I would say is that it is very clean. I don't want people to think that we'd be having all this unprotected sex. It's definitely not like that. It's a very clean lifestyle."

To get invited into a private swinger's party, Cate says you often make those connections within the clubs. She's tried all sorts of different venues and set-ups – not all of them she returned to.

"I did get invited to a few smaller parties that were more gang-bang type things. So there's maybe two or three girls and maybe 15-20 guys. But I soon got bored of that," she said. 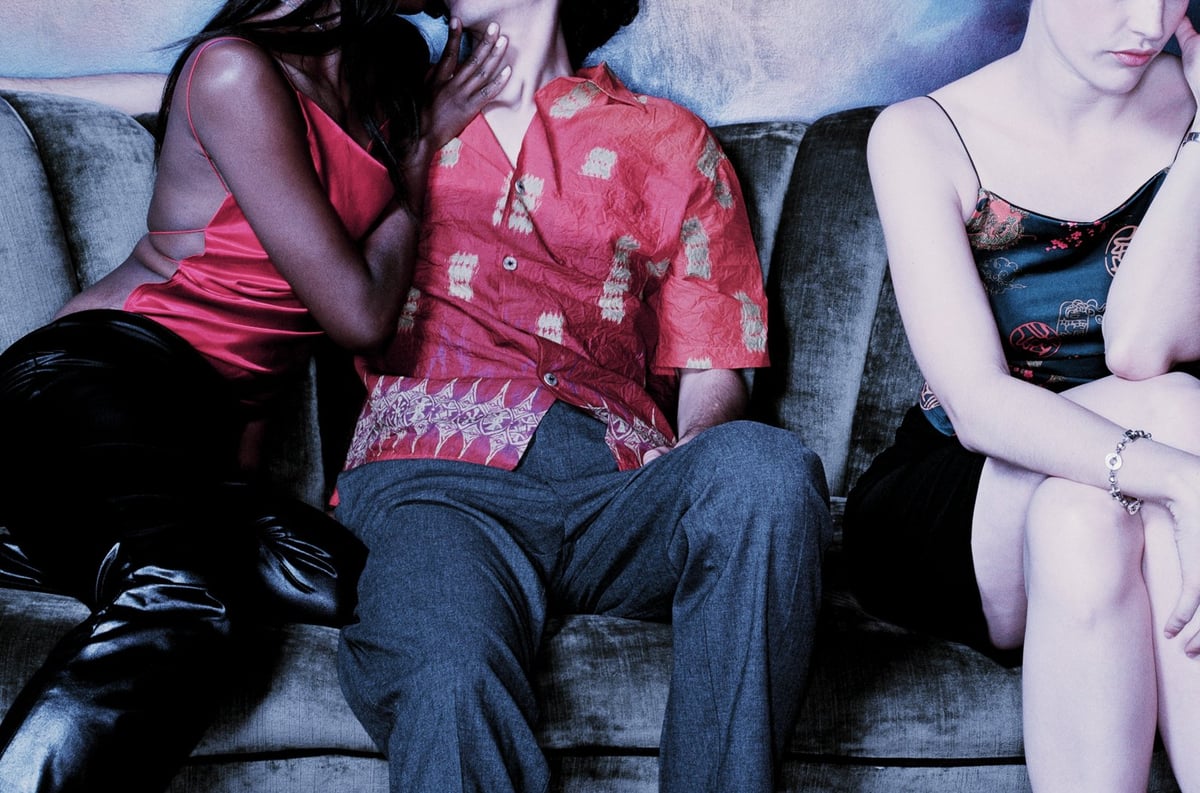 From clubs to private parties, there's different ways to get involved in swinging. Image: Getty.

After more than ten years in and around this lifestyle, Cate has forged fantastic friendships with some of her swinging partners – with the demographic in the clubs and parties she's involved in, mainly skewed older.

"You start going to dinners together, you get invited to their 50th birthdays, or you go to the movies together – they become friends! Because you have much more in common with them than just that sexual side," she told The Quicky.

Communication is everything in the swinging community. Often, for example, couples come in wanting a particular fantasy to be fulfilled and then have to ask for that within the room.

"If you don't want to do anything, you just say 'no thank you' and people leave just leave you alone," she added. "There's nothing not safe about it."

Catching feelings is not a concern for Cate. Most of her swinging friends are in couples anyway, and as she explained, "it's just never happened to any of us".

For anyone considering dabbling in the lifestyle, Cate's advice is to start at a club.

"Go and have a look... I think you'll know pretty much after that first night whether you're open to it," she said.

Love all-things beauty? Take this short survey now to go in the running to win a $50 gift voucher!