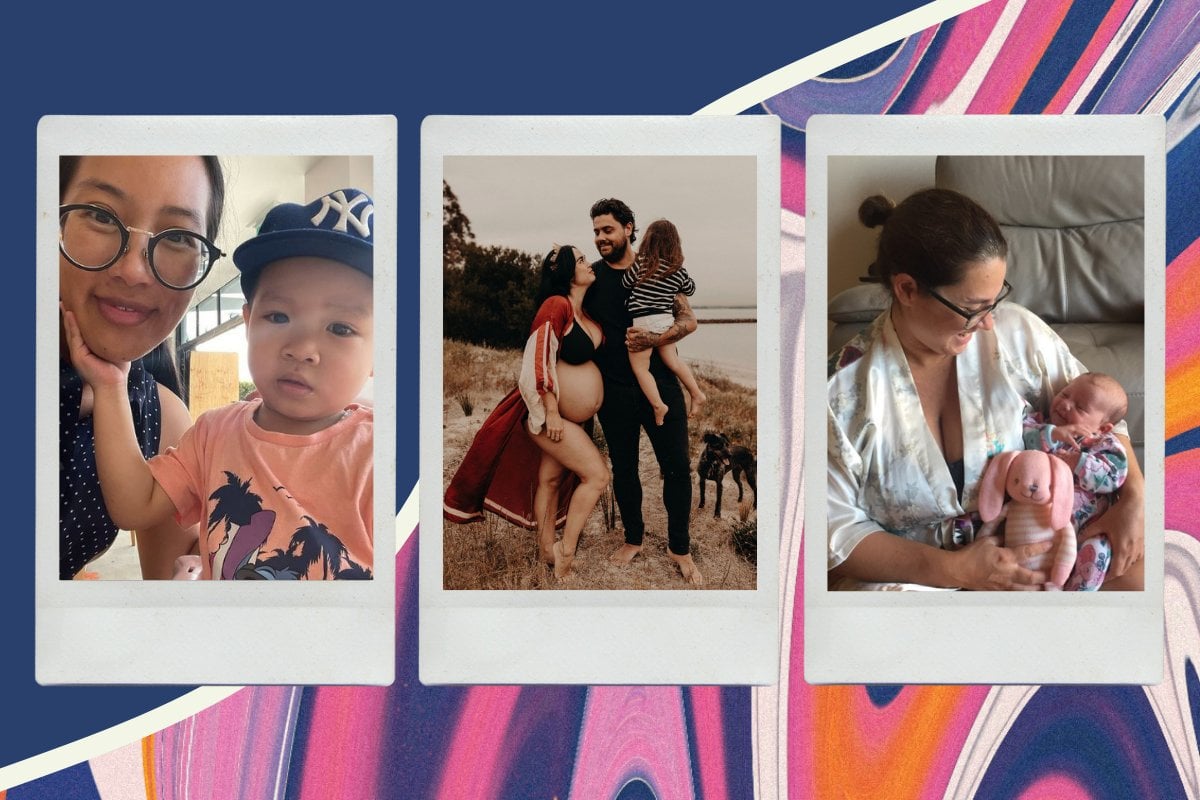 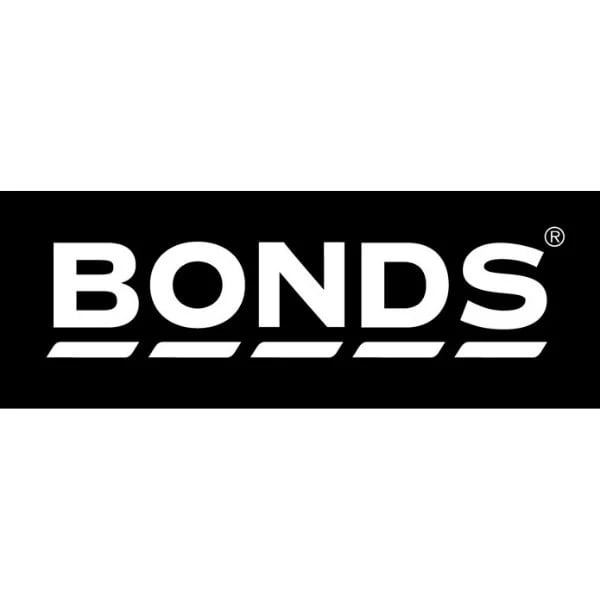 Thanks to our brand partner, Bonds

My body has always been a hot topic of conversation. Whether someone was commenting on how great it looked after I lost 20 kilos in my 20s or an ex-boyfriend was asking what had happened to it in my 30s. No conversations about my body have, however, been greater than the ones I have had with myself.

But the one thing that I try and remind myself over and over again is the fact that my body tells the most beautiful story of my entire 38-year-old life.

The story of my two beautiful daughters.

The postpartum stretch marks across my abdomen and upper thighs act like a road map, detailing the strenuous journey my body has taken to grow and house life.

The thinning of my once thick hair representing the fuel and nutrients that my body shared with them so that they could grow strong and healthy.

And the sporadic little wees that happen when I laugh too hard are a reminder that my vagina pushed itself to the limits so that I could meet my baby girls (and that I should have done my kegels).

12 years ago I would have hid in the undie aisle while I bought them, but today, I not only buy my Bonds Damn Dry Undies to protect against light bladder leakage with pride, but I will also show them to anyone who asks. 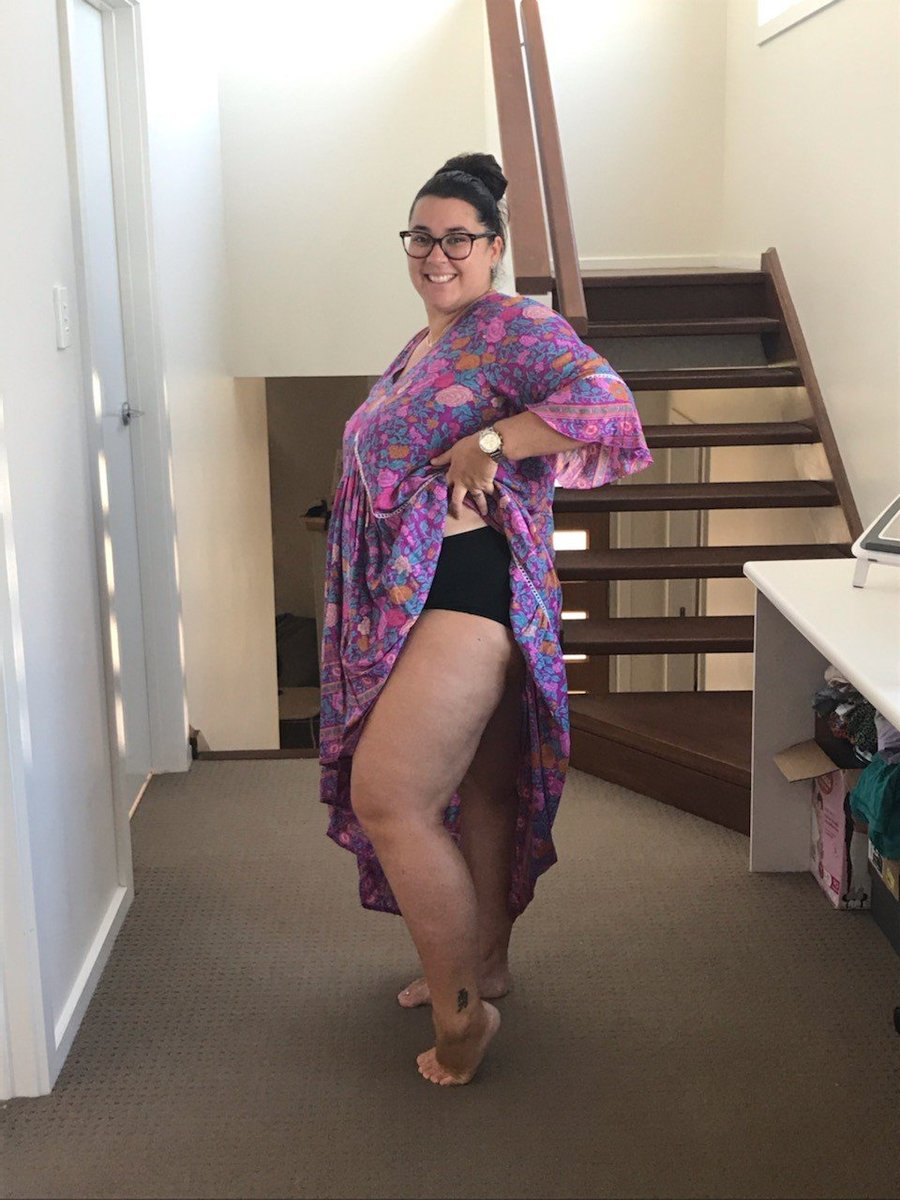 With moisture management technology that neutralises odour and wicks away from wetness to keep you fresh all day, they feel and look like regular undies and are made with Aussie cotton.

They’re reusable so these babies can be washed and re-worn over and over again.

For me, what was once viewed as a postpartum shock is now a simple trickle and a get on with it. This has boosted my confidence immensely, and I was super keen to learn what other damn strong mamas experienced with their bodies postpartum, so I asked some of the strongest women I know.

Here's exactly what they said.

"I now understand the obsession with the bosom! They've been pulled, stretched, bitten, infected, inflamed and deflated. But most of all, they have sustained the lives of my three everythings.

"Now at 38, eight years after my third child, they have bloomed again! They are fuller and sexier than ever before, albeit a few centimetres lower. They make me feel every bit the woman I have become. And goddammit, I'm gonna love them as much as I can before they meet my belly." 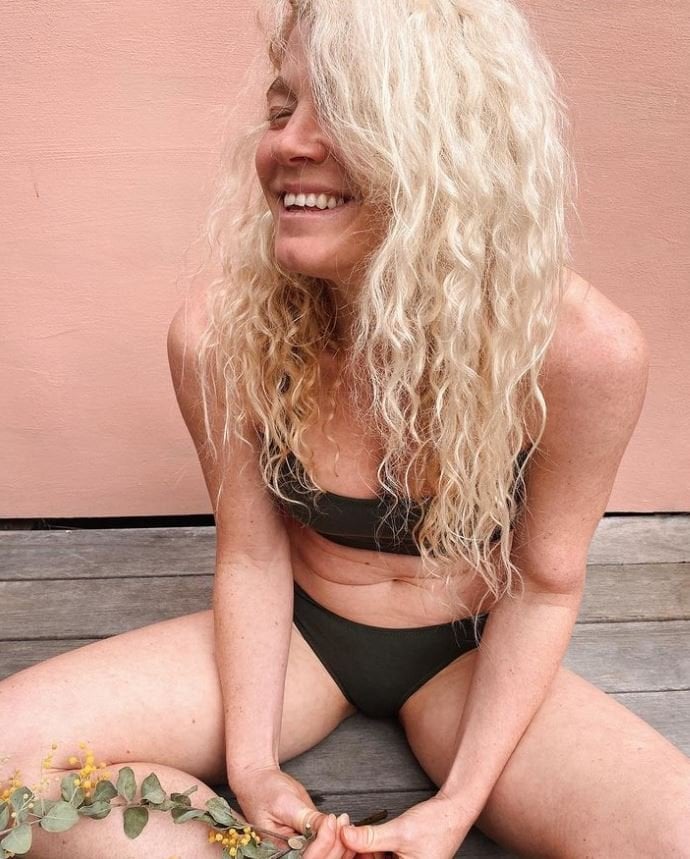 "In 2019, after being blessed with just a handful of the countless, incredibly difficult physical challenges a woman may need to navigate during pregnancy, my husband and I met our perfect (over 9 pounds!) baby.

"We travelled the country with this baby and my constant, acute lower back pain was managed by grinning and baring it. Fast forward two-and-a-half years to the birth of our second beautiful baby and even worse excruciating lower back pain.

"During one of my massages, a physio was called in to check if the source of my lower back pain might actually be explainable.

"The physio felt my tummy and straight away said that I had abdominal separation (diastasis recti). And it was significant — at least 3 or 4cm of separation.

"In that moment, I learned that not only do babies push your organs around in there, but they can also push your abdominal wall apart! 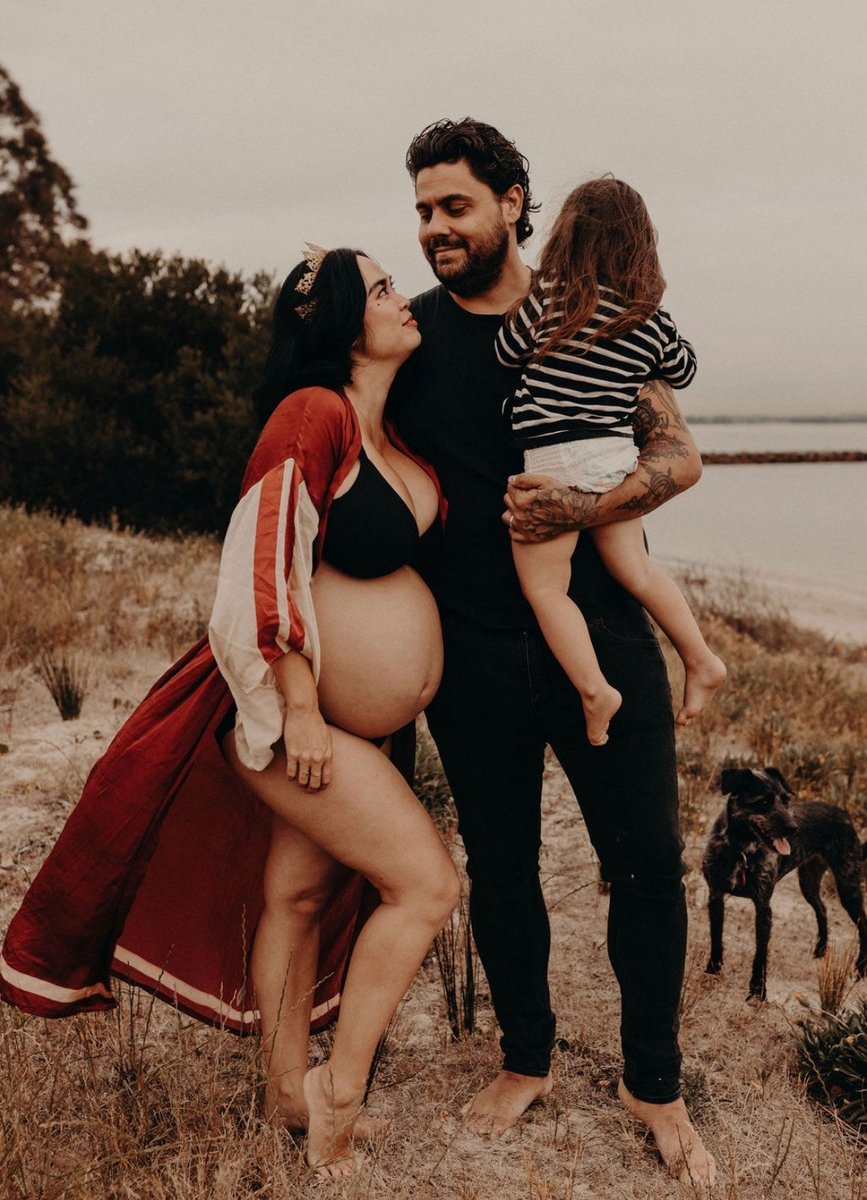 "I might be the exception, but my body bounced straight back around a week after birth. I wasn’t expecting it to happen so quickly but was also very happy about it and feeling confident.

"The weird thing I have found postpartum is the night sweats (especially around the boobies) releasing the hormones. But it’s okay, it reminds me that my body is producing milk and nutrients for bub and is working in overdrive, so no wonder it’s sweaty business. But no one tells you that, I had to Google it!" 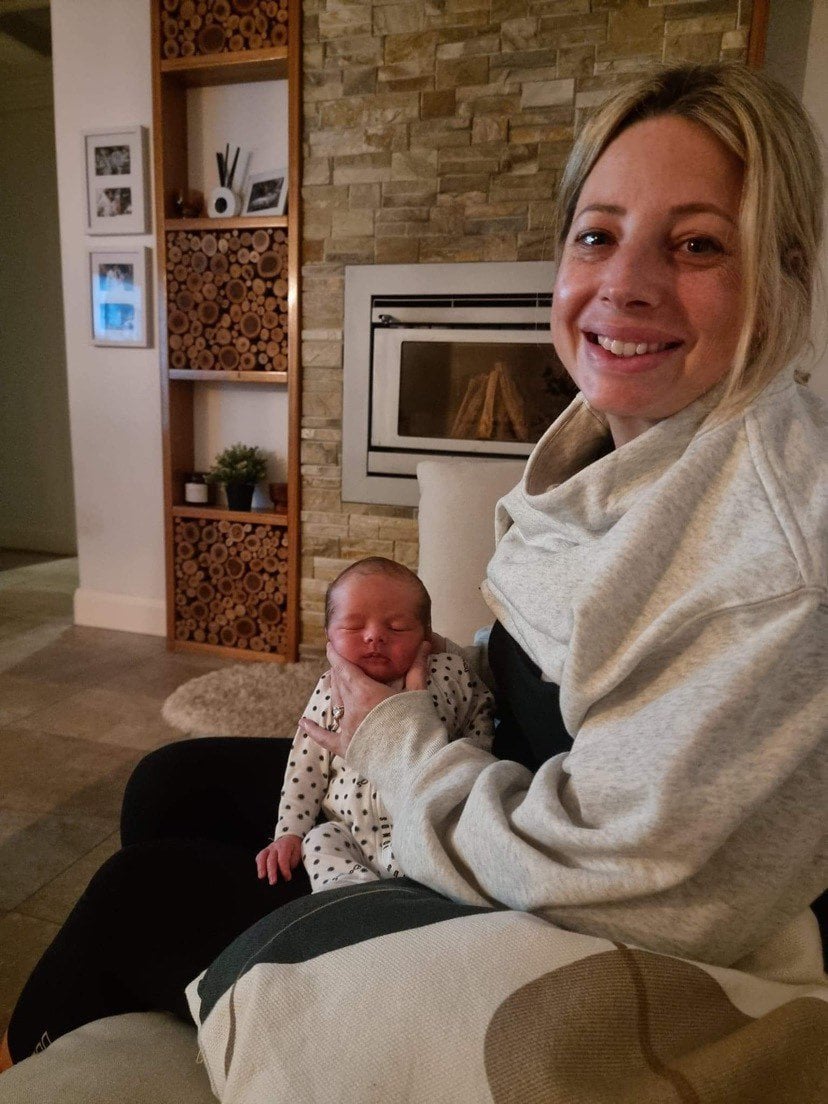 "The baby blues is a real thing, and it hit me during the postpartum period with my second baby. I had expected it to be similar to what I experienced with my firstborn — a downwards shift in mood due to hormones where I cried at 7pm on the dot every night for a week or so.

"There was nothing mild about it the second time around.

"I was an angry, more intense version of my usual self. At the time, I had no idea this was a sign of postpartum anxiety. I put it down to lack of sleep during the newborn phase while caring for a toddler at the same time.

"It made me feel even worse to not know this during my second time around because I’m an ‘experienced mum’." 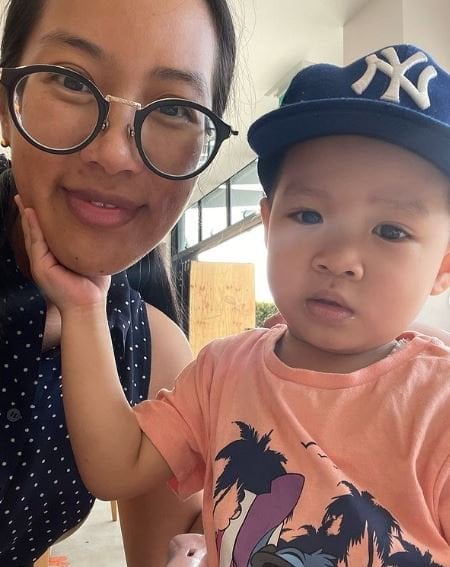 Motherhood is bloody amazing, right? It’s actually shocking the crazy ride we put our bodies through to achieve such dirty, snotty little humans. But would we change it? Hell no!

I still look at myself in the mirror at times and feel sad about my reflection but all it takes to lift my mood is for my eldest daughter to give me hug and tell me I’m awesome. And it’s true, I am awesome!

And I’m capable and I’m damn strong. Especially in my wee-wee undies.