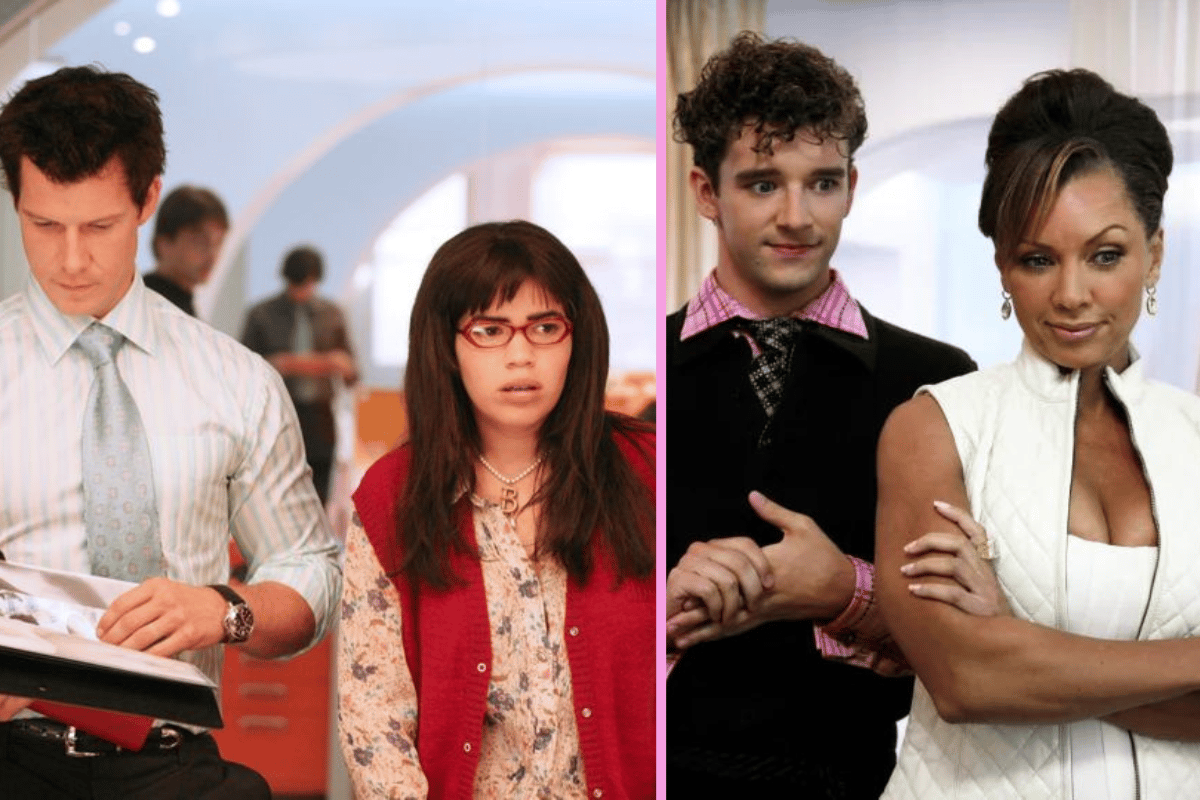 Reminiscing about the MODE magazine gang? You're not alone.

Even though Ugly Betty premiered way back in 2006, the show still has a heap of fans thanks to its iconic characters and hilarious yet heartfelt storylines – some of which is a little problematic looking back with a 2022 lens, but, we digress.

For those who need a quick refresher, the comedy-drama series revolved around the character Betty Suarez, a somewhat dorky, naïve millennial with an objectively bad sense of style who lands a job at a prestigious fashion magazine.

Of course, no prestigious 2000's-era magazine realm could be without some gossip, drama, high fashion, humiliation and back-stabbing. And audiences loved it.

It also catapulted actors like America Ferrera and Vanessa Williams to fame.

So without further ado, let's see what the Ugly Betty cast are up to now.

Eric Mabius played Daniel Meade – the editor-in-chief of MODE and Betty's womanising boss, who receives the role because his dad was the magazine's publisher (AKA some good old fashioned nepotism).

Since the show's end in 2010, Mabius went on to continue acting in TV series such as Scandal, Blue Bloods and Chicago Fire, as well as a Hallmark rom-com or two.

Reflecting on the series and the future of a possible remake, he said to Today Tonight: "We had an abrupt ending and I think that we all felt that we didn’t have enough time to finish telling the stories that needed to be told. I think Ugly Betty was ahead of its time and I think that it would be more timely right now than ever. It was probably the truest work family I've ever had."

He has two kids with his wife Ivy Sherman. 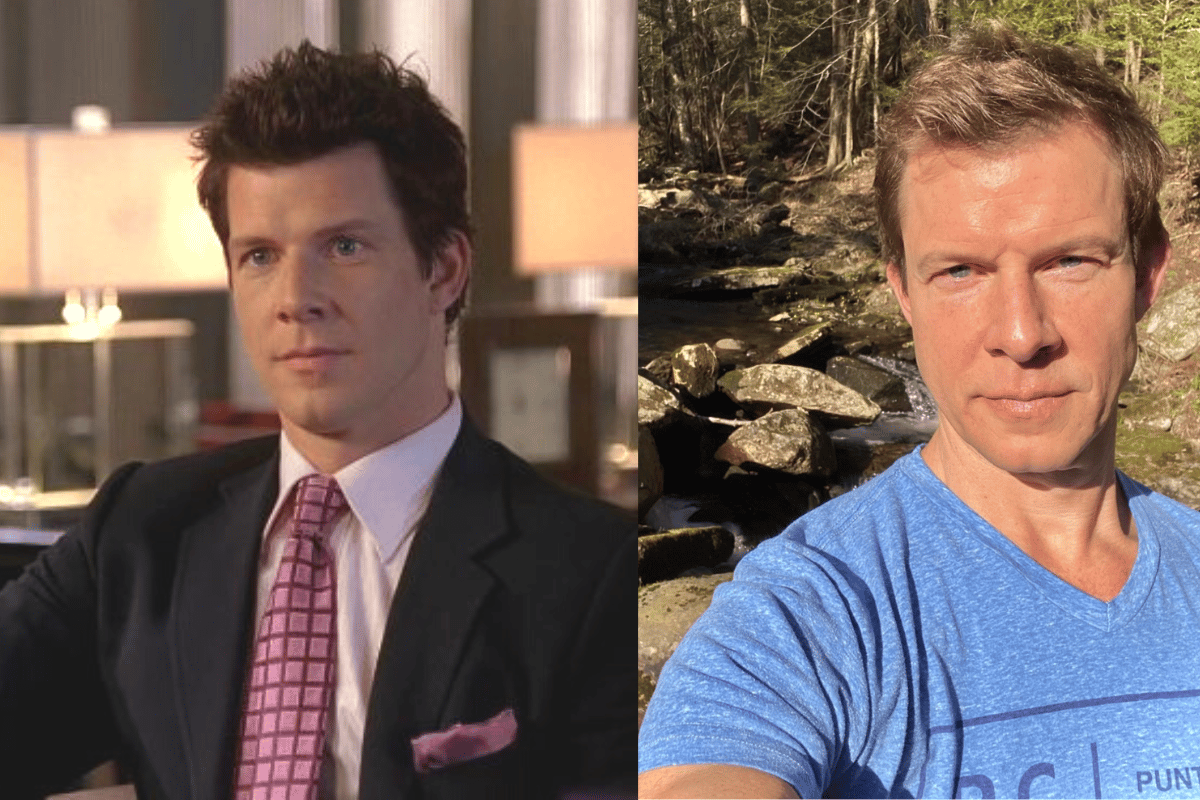 Since the show she's played roles in Devious Maids, Hung and Whiskey Cavalier and Love, Victor. She's also had a fair few guest appearances on hit shows like How to Get Away with Murder, The Mindy Project and Superstore – which also starred America Ferrera!

She has also been vocal about improving Latin visibility on screen, saying in an interview with the Golden Globe Awards in 2020: "I think the industry is definitely changing. Young people are now becoming very active and they are making their voices heard. I think their voice is affecting every part of our society, which includes Hollywood."

And from the looks of her Instagram, Ortiz is still in touch with America Ferrera and Mark Indelicato, which we love. 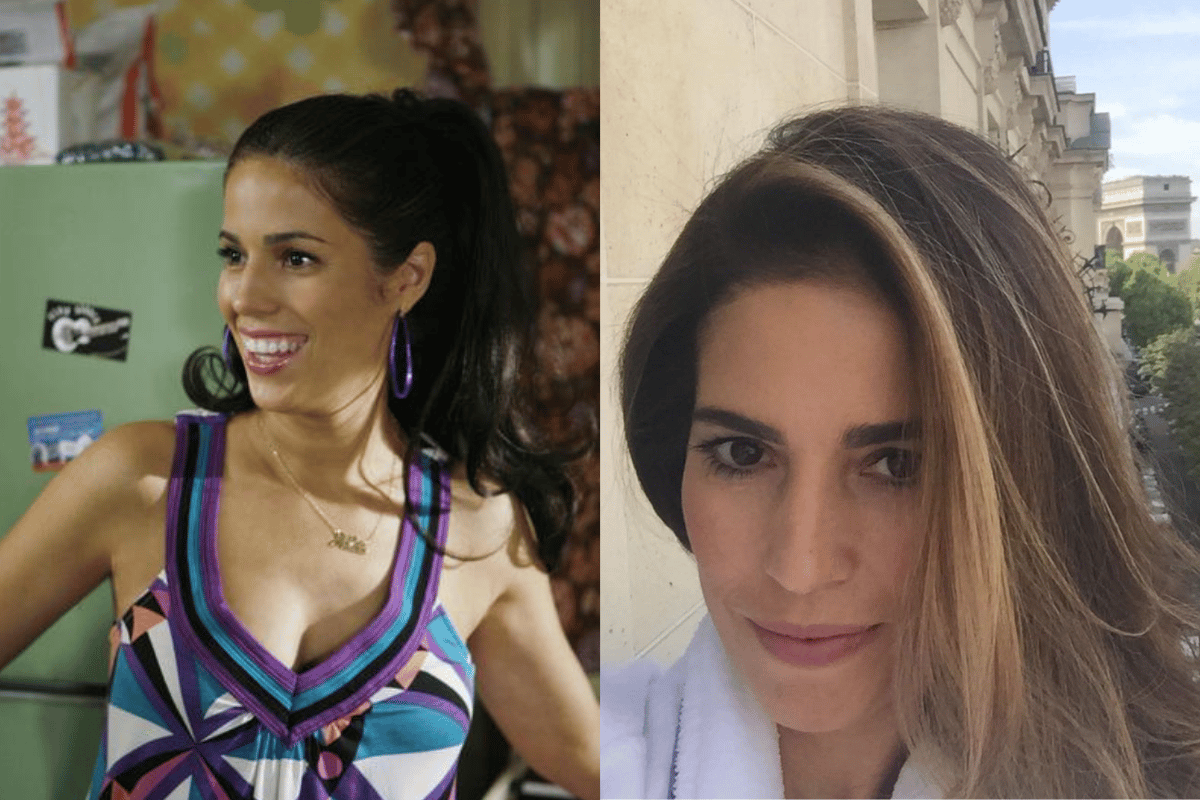 America Ferrera is, of course, the biggest star to come from Ugly Betty.

Just before the show, she had found fame on The Sisterhood of the Travelling Pants alongside Alexis Bledel, Amber Tamblyn and Blake Lively. As a result of her work on Ugly Betty, America became the first Latin woman to win the Outstanding Lead Actress Award at the Emmys.

Reflecting on the show on Monica Padman and Dax Shepard's podcast The Armchair Expert, she said while it was the most rewarding role she's ever done, it was also the most challenging.

"I loved this character, loved this world... to have a feeling of this character and this story so needed in the culture right now. I just have a gut instinct that it's going to speak so strongly to so many people, myself included, and to see that happen? That's the best win ever. It was maybe the hardest work I'll ever do in my life, but I loved it. The hoopla and the whirlwind that happened around it was challenging and exhausting. My whole life changed."

Listen to the latest episode of Mamamia's entertainment podcast The Spill. Post continues after audio.

Additional highlight roles from Ferrera include the Netflix hit sitcom Superstore, How to Train Your Dragon, and the upcoming film Barbie starring Margot Robbie.

Ferrera is married to Ryan Piers Williams, and they share son Sebastian and daughter Lucia.

In an interview with The Hollywood Reporter, Ferrera said she has found it liberating to no longer be like Betty in the fact she doesn't seek validation from others.

"My character on Superstore is so different to when I played Betty for four years – you could throw anything at her and you could s**t on her and she would just smile and keep going. And that was easy to play as a woman in her 20s knowing her role in life was to get people to like her. Growing up, there is liberation in realising that I don't have to make everyone like me and it's okay if somebody doesn't like me." 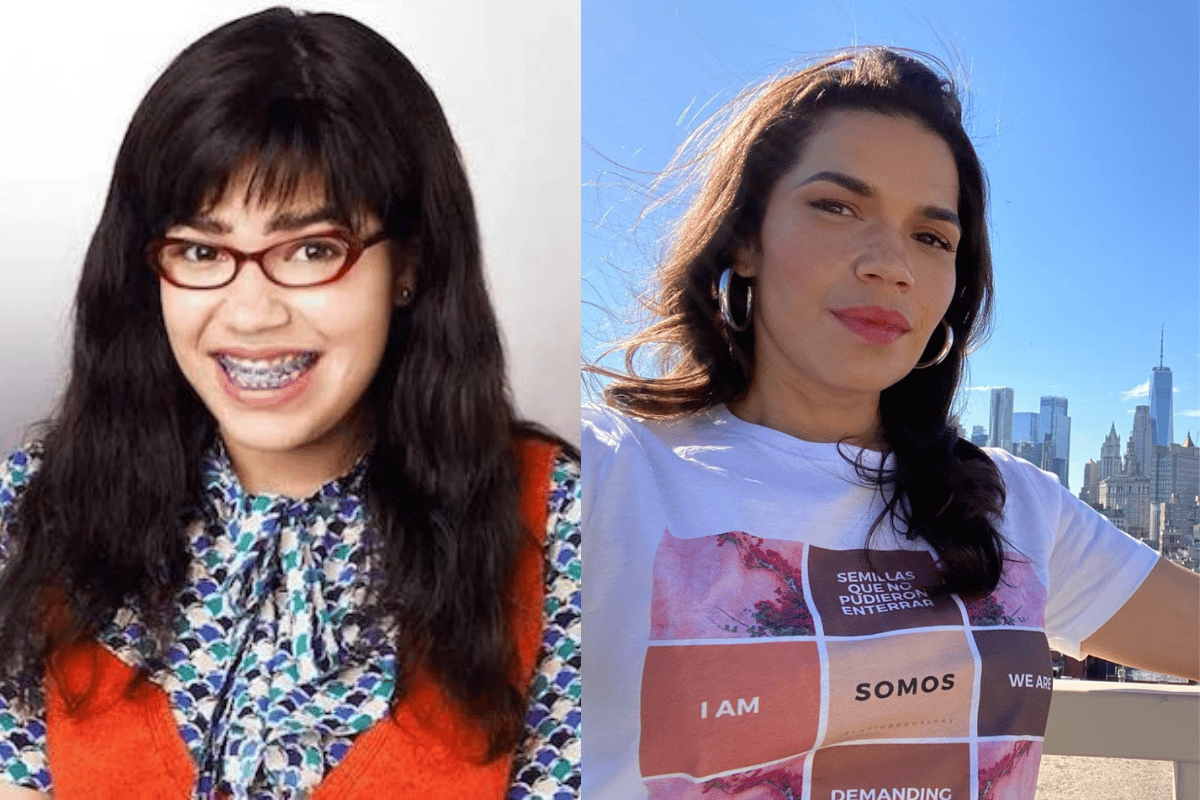 Justin was a major favourite on Ugly Betty – the campest, most fashion-conscious tween you have ever seen.

It's undoubtedly the role Mark Indelicato is most well known for, as soon after the show ended, Indelicato decided to take a break from acting to study at NYU.

Indelicato has since gone back to acting with roles on Stan's Hacks and Amazon Prime's With Love.

In a recent interview with Nine Entertainment Indelicato said about working on Hacks: "I think that it was probably by the end of the first month of filming the first season of Hacks, I already recognised and felt familiar feelings that I did on Ugly Betty of senses of comradery and of support. By support, I mean not only are we available to each other on set, that we are giving a hundred to each other, as much as we're giving a hundred to our own personal performance." 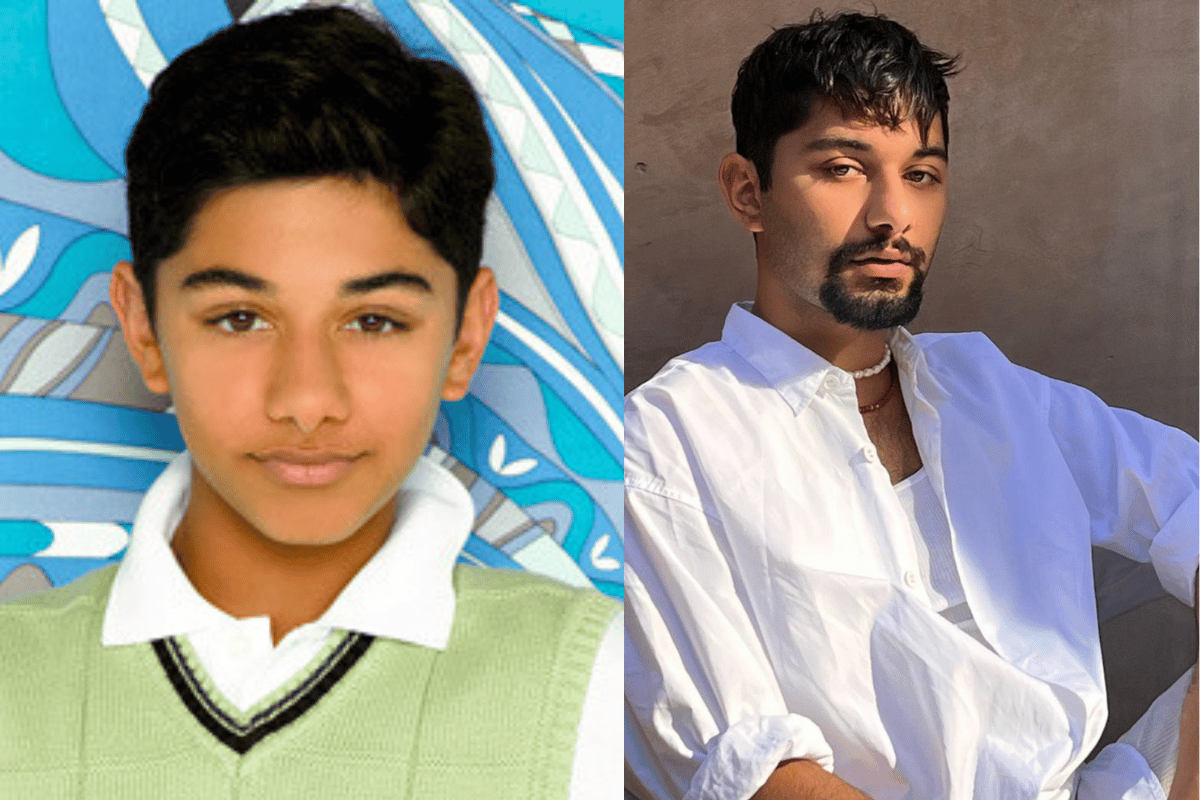 Roles since include The Lincoln Lawyer and appearances on How I Met Your Mother.

In an interview with Looper, Newton said she loved working on Ugly Betty because it helped her learn Spanish, and that skill came in handy with future roles too.

"Ugly Betty came along so early in my career, and it checked off so many boxes for everything I wanted to do, and everything since has been this amazing surprise. In The Lincoln Lawyer Manuel Garcia-Rulfo plays the lead, and his first language is Spanish, so I got to speak Spanish to him every day. I hadn't been able to do that in years."

As for her co-stars that she would love to work with again, Newton said Vanessa Williams, Judith Light and America Ferrera all came to mind, saying, "I've been so lucky in that way to have so many inspiring women on sets with me". 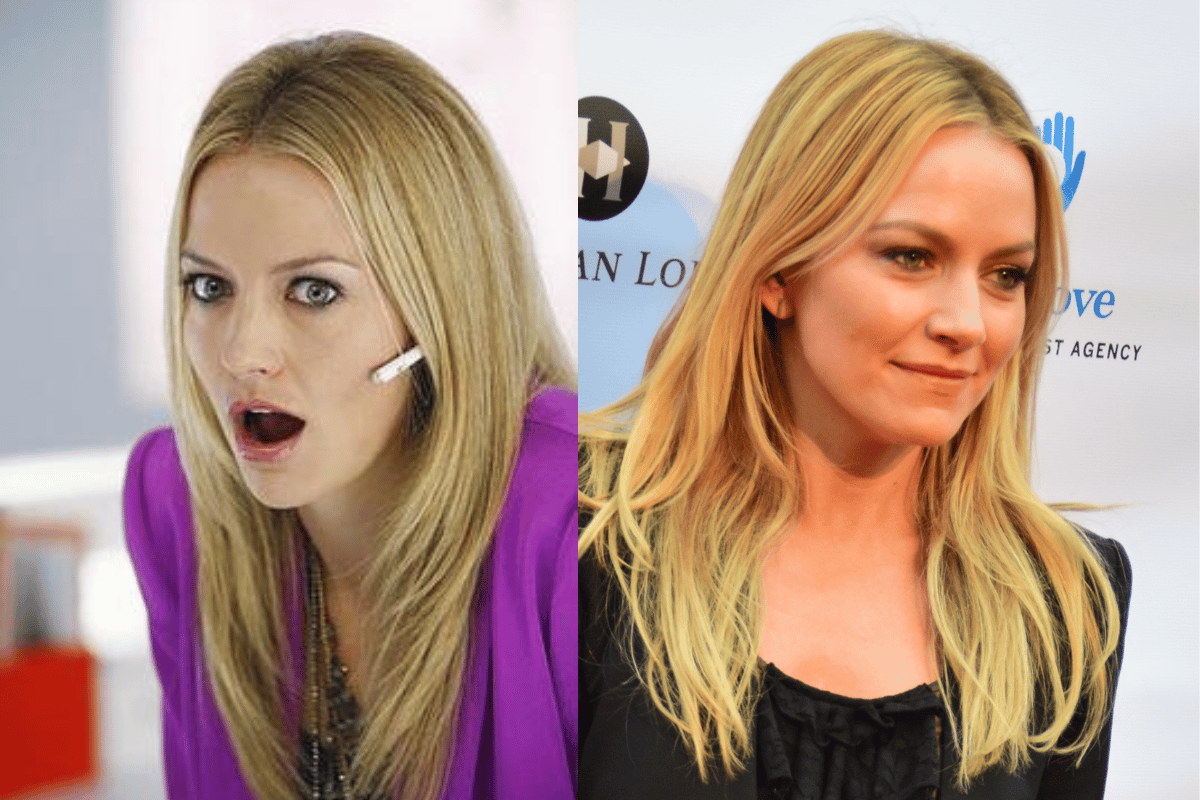 Claire was Bradford Meade's ex-wife and mother to Daniel Meade, as well as being a recovered alcoholic, played by Judith Light. And she did such a good job, she was nominated for a Primetime Emmy Award in 2007.

Career highlights include her recurring role on Law & Order: Special Victims Unit, Dallas, Transparent – for which she received nominations for several Golden Globes, Primetime Emmys and Critic Choice Awards – and The Assassination of Gianni Versace: An American Crime Story.

Speaking with the Archive of American Television, she said that she keeps in touch with her Ugly Betty co-stars to this day, particularly with Vanessa Williams and America Ferrera.

"We were such a family and to this day we still are family. America Ferrera is like my daughter, and we connected well. Vanessa Williams as well – just this extraordinary group of people. I mean, I married America and her husband as the celebrant." 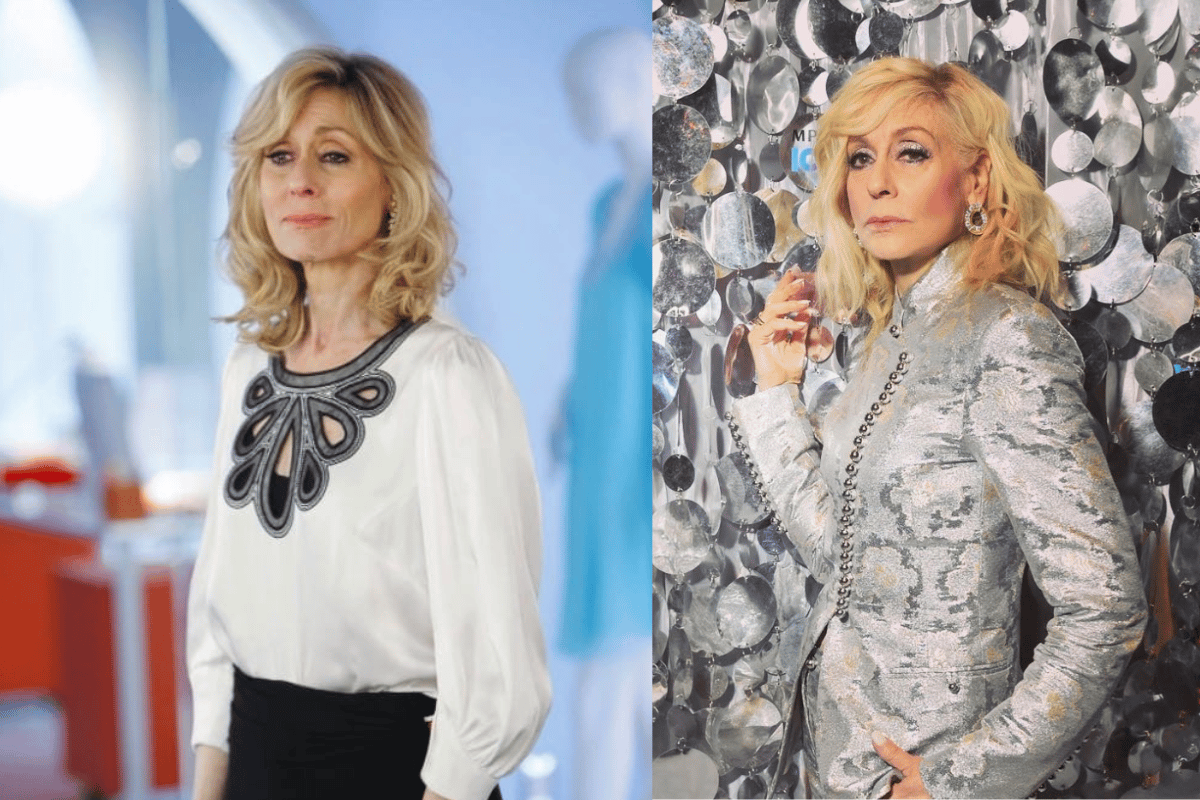 Alongside America Ferrera, Vanessa Williams was arguably the next biggest star to come out of Ugly Betty, but of course she was already quite famous prior to the show.

She initially gained recognition as the first African-American woman to receive the Miss America title when she was crowned Miss America in the 1980s. Afterward she turned to modelling, singing and acting.

Initially, Williams had turned down the role of Wilhelmina Slater – a Botox-loving supermodel turned magazine editor determined to get to the top no matter who she steps on to climb the ladder.

At the time she was grieving the loss of her father, but decided eventually to take the role at the last minute. Speaking about that experience Williams said: "I really debated whether I should do the show or not, and I asked my kids 'what do you think', and my oldest daughter who is now studying fashion and she was totally enamoured. They said 'listen mum it's the perfect role for you and it's a great show'. I got the blessing and I'm very, very happy." 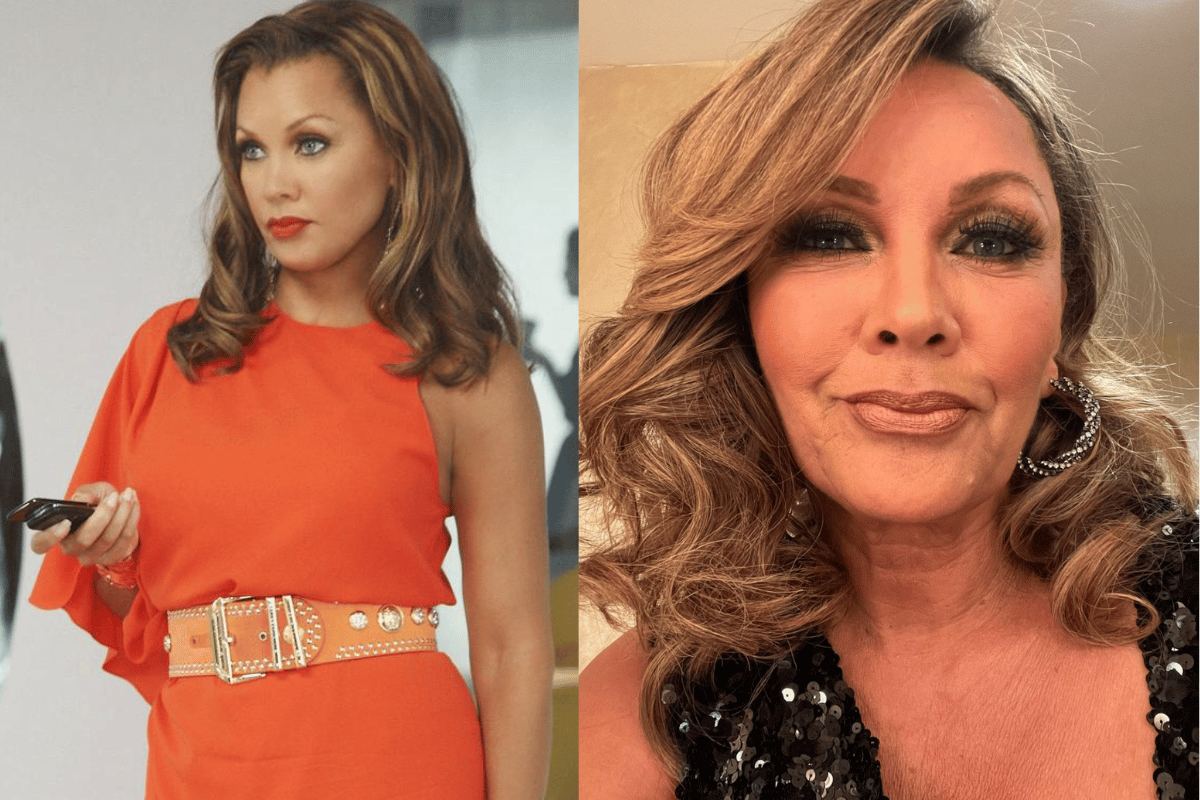 Marc St. James was the assistant we would all die to have.

On The Drew Barrymore Show, actor Michael Urie said it was his on-screen chemistry with co-star Vanessa Williams that landed him a recurring spot on Ugly Betty.

"Vanessa Williams was really great. I had this idea that everything she did physically, I would mimic behind her physically. The only description I had was that this character was a 'b*tchy, gay assistant'. And I was like, well that's me."

Urie also starred in the short-lived spin-off series Mode After Hours, as well as appearances on Younger, Workaholics and Modern Family.

Most recently, he's made the move to stage acting, particularly in the realm of Shakespeare and period dramas. 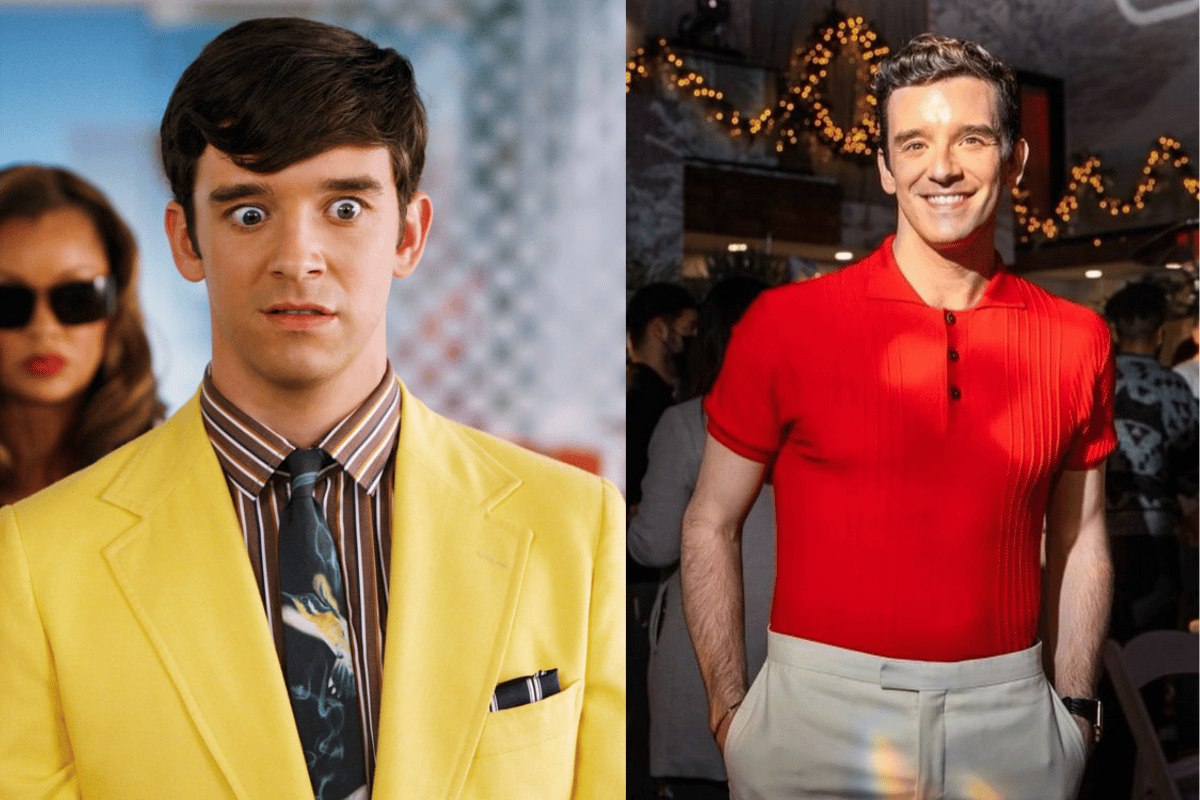 Reply
Upvote
The fact that she wasnt really ugly