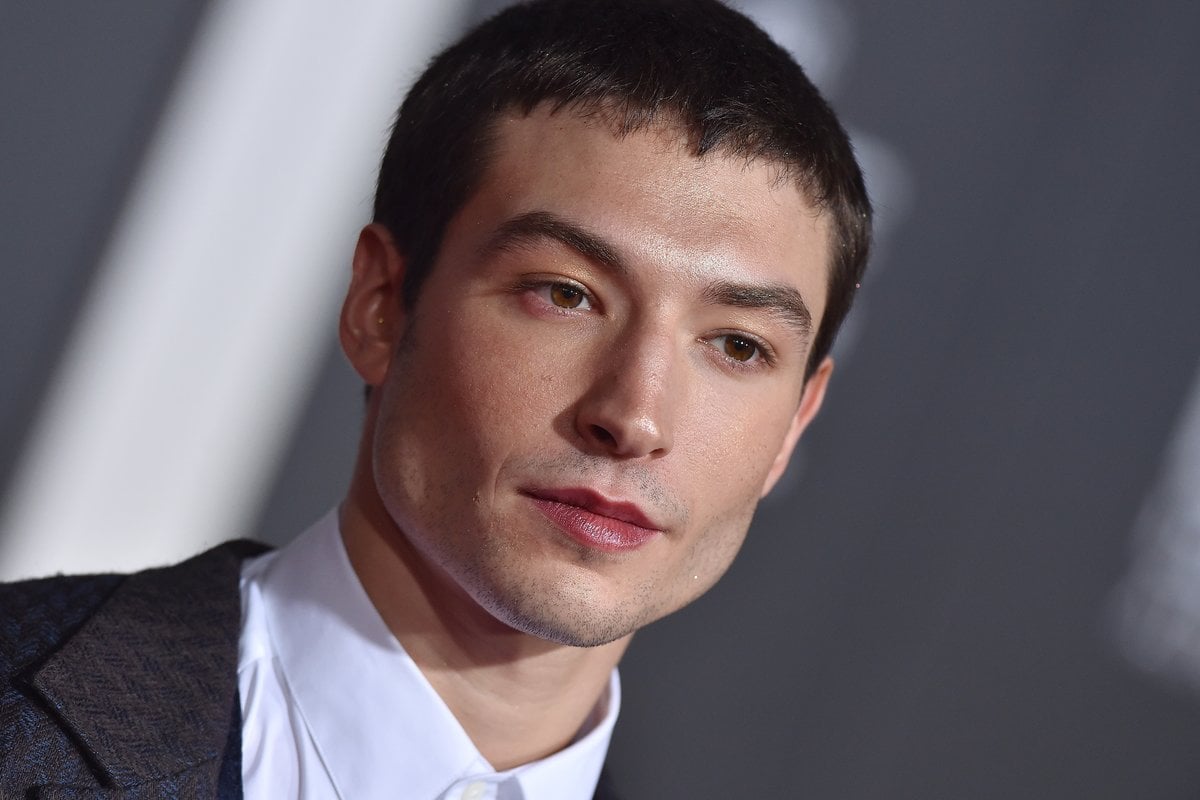 After months of arrests and violent behaviour, new allegations against actor Ezra Miller have surfaced in a report by Insider.

According to the publication, the parents of 18-year-old nonbinary activist Tokata Iron Eyes have accused the Justice League actor of verbally and physically abusing their child, claiming that Tokata was groomed by Miller for six years.

The parents also alleged that their daughter was "incoherent", had bruises on their left cheek, and didn't have their driver's licence, bank card or keys when they visited Tokata at Miller's house in January.

As the situation continues to unfold, here's everything we know.

What did Ezra Miller do?

The parents requested an order of protection against Miller in June after claiming the Justice League actor had been using "violence, intimidation, threats of violence, fear, paranoia, delusions, and drugs" to hold sway over Tokata.

However, the court has not been able to locate Miller, who uses they/them pronounces, to serve the order.

In court documents obtained by TMZ, the parents claimed that Tokata first met Miller at a protest when they were just 12 years old. At the time, Miller was 23.

After striking up a friendship, Miller allegedly invited Tokata, then 14, to travel with them to London, where they were filming Fantastic Beasts and Where to Find Them. During the visit, Miller allegedly tried to share a bed with Tokata.

The parents also claimed that Miller provided Tokata with alcohol, marijuana, and LSD, and influenced them to drop out of school. They also accused Miller of "cult-like and psychologically manipulative" behaviour.

What has Tokata Iron Eyes said?

After Tokata Iron Eyes' parents made a number of allegations against Miller, the teenager released a number of statements on Instagram.

"I dropped out of bard five months ago. My friend and comrade, William, passed shortly thereafter. My mind was incredibly impacted and I’ve needed space and time for the processing of grief," reads their statement.

"My comrade Ezra Miller, for the entirety of the aforementioned era, has only provided loving support and invaluable protection throughout this period of loss.

"My father and his allegations hold no weight and are frankly transphobic and based on the notion that I am somehow incapable of coherent thought or opposing opinions to those of my own kindred worrying about my wellbeing."

Following claims that Miller had written the statement, Tokata released a video message denying the allegations.

"It’s really distressing that the narrative of the 'victim' in question is not being granted any trust. I worked really hard to make really clear what was going on," they said in the video.

"Nobody is controlling me. This is my life. These are my decisions."

Tokata's parents have claimed that they are "on the run" with Miller, and their whereabouts are unknown.

Has Ezra Miller faced legal issues in the past?

Miller, 29, has faced a number of controversies and legal issues over the past few years.

In 2020, video emerged of The Perks of Being a Wallflower actor choking a female fan at an Iceland bar.

The video, which went viral on Twitter, showed Miller grabbing the woman by the throat before pushing her to the ground.

In Insider's article, it was reported that Miller convened a group of people at an Airbnb during their time in Iceland, which one source referred to as a "commune" where everyone seemed "hypnotised".

According to Insider, "Between Miller’s makeshift commune, their monologues on spirituality, and their emotional outbursts, rumours began to circulate in Reykjavík, Iceland, that the star was running a cult."

Another source, who had a brief relationship with Miller in Iceland, shared: "Nobody ever was kind of allowed to disagree with them. Their reality painted everybody else’s reality. There was no room for anybody else’s opinion or feelings."

Two years later, in March 2022, Miller was arrested and charged with disorderly conduct and harassment after a physical altercation with other patrons in a karaoke bar.

"The bar owner asked Miller to calm down several times to no avail," a police statement read.

Ezra Miller has gone from one of Hollywood’s most promising actors to one of its biggest liabilities.@thisisinsider spoke with 14 people who had recent interactions with Miller in which the actor had outbursts or left them feeling unsafe.https://t.co/dwDkZPMEvW

Miller's $500 bail was paid by a couple who they lived with at a hostel, but just days later, the couple filed a restraining order against the actor after they allegedly stole their passports and wallets.

Three weeks later, the actor was arrested again after throwing a chair at a private party, which left a 26-year-old woman with a large cut on her forehead.

Then in June 2022, a Massachusetts woman claimed that her 12-year-old nonbinary child was targeted by Miller.

According to the mother, Miller, who was originally visiting a nearby neighbour, showed up at the family's house wearing a bulletproof vest while brandishing a gun.

Following the altercation, Miller apologised to the family before claiming that they could mentor their 12-year-old child.

"I’ve talked extensively with your child, and they have a lot of power to them," Miller said, according to The Daily Beast. "At one point, you’re going to realise that you don’t have any control over them anymore. They’re an elevated being, and they would be lucky to have someone like me guide them."

Speaking to the publication, the child accused Miller of uncomfortably hugging them, touching their hips, and asking them to follow them on Instagram.

When the child expressed their interest in horses, Miller also claimed they would purchase horses for them.

Listen to Mamamia's daily entertainment podcast, The Spill, below. Post continues after podcast.

"They automatically were just weirdly drawn to me and kept talking about how they love my outfit and love my style, and kept going on and on about how it was great," the child recalled.

"It was really uncomfortable. I was really nervous. I was scared to be around them after [Miller] yelled at my mother and she was crying."

On June 15, the 12-year-old’s mother was granted a temporary harassment protection order against Miller.

Later that month, Rolling Stone reported Miller is housing a 25-year-old woman and her three kids (who range in age from one to five years old) at their Vermont farm.

The 25-year-old woman told the publication Miller "helped" her and her children get away from what she described as an "abusive ex", adding that the actor's farm has been a "healing haven" for them.

However, the father of the three children, who denies the abuse allegations, is reportedly concerned for his family's safety, claiming that guns and marijuana are easily accessible to them on the property.

The man, who wasn't named by the publication, claimed he hadn’t been able to see or speak to his kids since they relocated from Hawaii to Vermont with the actor.

"I've got a bad feeling in my stomach," he told Rolling Stone. "I do want to go get my kids. They mean the f**king world to me."

According to the publication, footage filmed at the property in April showed "at least eight assault weapons, rifles, and handguns lying around the living room, with some weapons propped up next to a pile of stuffed animals."

A source also recalled an incident when one of the kids allegedly put a stray bullet in their mouth.

What does this all mean for The Flash?

Ezra Miller is the star of the upcoming Warner Bros movie The Flash, which is slated for release on June 23, 2023, but questions remain over Miller's role in the film following their recent legal struggles.

According to a report in Rolling Stone, Warner Bros and DC executives held an emergency meeting to discuss Miller’s future with the studio in June. 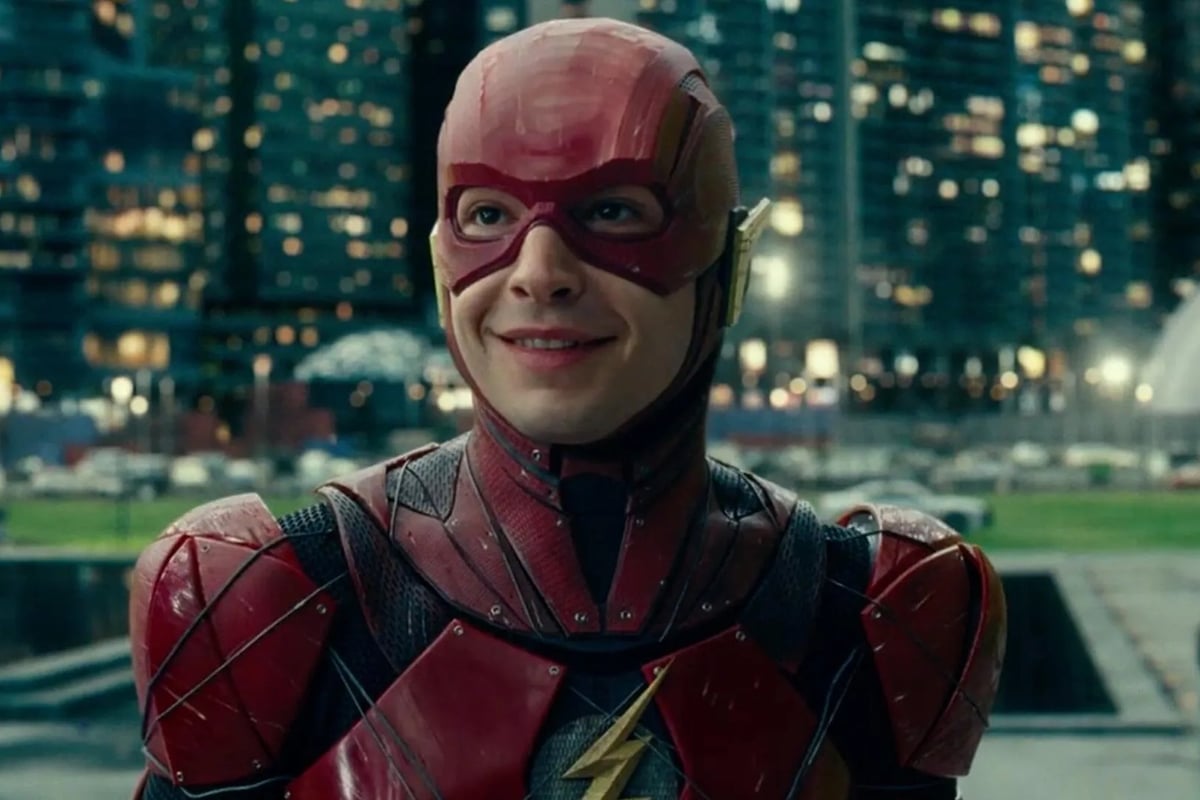 However, according to Variety, the film, which has an estimated budget of $200 million, is still a go.

"We have seen The Flash, Black Adam and Shazam 2,'" Warner Bros. Discovery CEO David Zaslav said during a company call this week.

"We are very excited about them. We’ve seen them. We think they are terrific, and we think we can make them even better."

Amid the recent DCEU shakeup, THE FLASH producer, Barbara Muschietti, wants to reassure fans that ‘all is good in Flash land.’ #TheFlash pic.twitter.com/kJN4jt4KWD

Likewise, according to The Flash Film News, The Flash producer Barbara Muschietti shared: "All is good in Flash land."