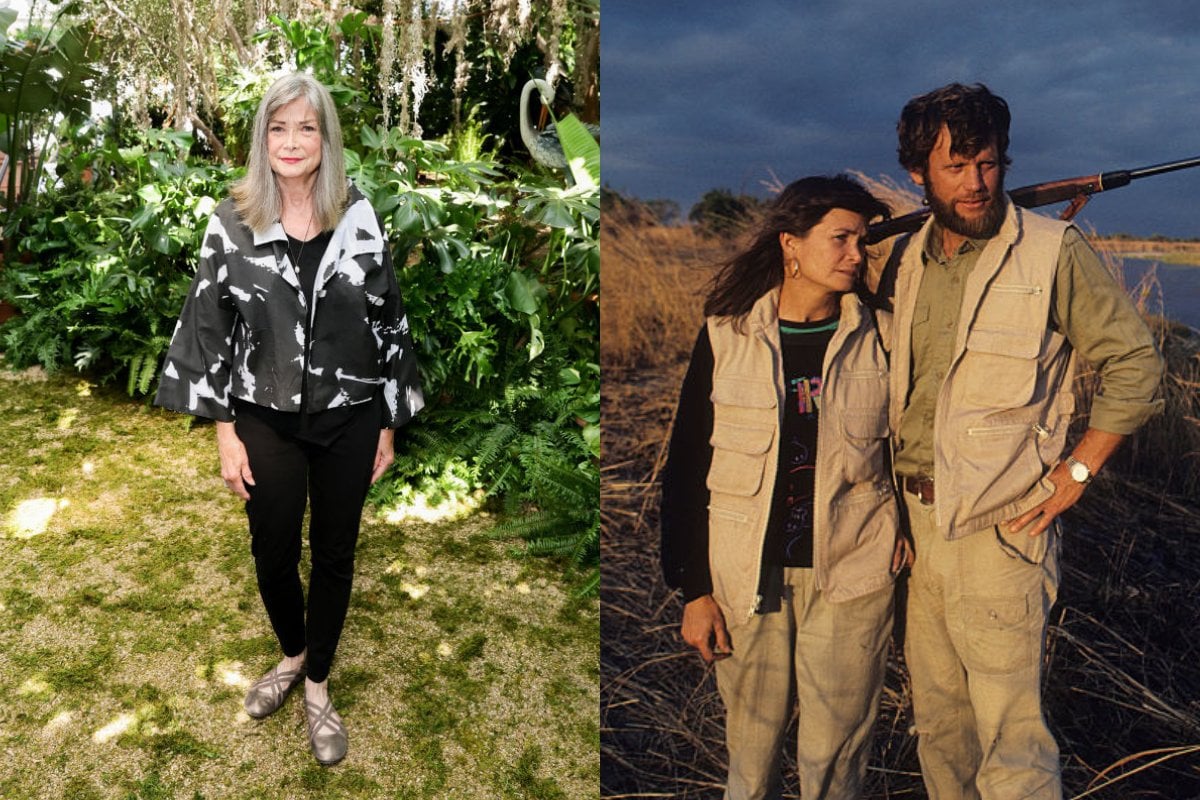 Author of popular novel Where the Crawdads Sing, Delia Owens, is wanted for questioning over a murder in Zambia. The alleged murder took place over 20 years ago.

Here's everything we know.

The book sold over 12 million copies, and this week is debuting as a feature film produced by Reese Witherspoon and starring Normal People's Daisy Edgar Jones.

Where the Crawdads Sing follows Kya, a young girl from the swamp who is swept up in a mysterious murder.

With the news of Delia being wanted for questioning over an alleged murder, it's no wonder audiences have raised eyebrows about the eerie parallels between fact and fiction.

So, what exactly happened?

Before topping the New York Times bestseller list with Crawdads, Delia and her husband Mark were conservationists and zoologists.

They moved to Africa in the 1970s to study hyenas, lions, and other large mammals. In the '90s, Delia, Mark, and Mark's adult son Christopher shifted their focus to battling poachers in Zambia’s North Luangwa National Park.

They featured in the American ABC documentary Deadly Game: The Mark and Delia Owens Story in 1996. The couple developed a reputation as being ruthless against poachers, willing to do whatever it took to stop animals being hunted and killed.

One particular scene in the documentary is harrowing. According to The Atlantic, it features "the filmed murder of an alleged poacher, executed while lying collapsed on the ground after having already been shot."

In an interview with The New Yorker, Deadly Game cameraman Chris Everson alleged it was Christopher who fired the fatal shot.

The Zambian police quickly launched an investigation, but as Zambian national police commissioner, Graphael Musamba, explained to The New Yorker: "The bush is the perfect place to commit murder. We have this all the time in the Northern Province. The animals eat the evidence."

And so, Delia, Mark, and Christopher quickly returned to the United States.

Delia is still awaiting questioning from the Zambia government regarding the incident which she is alleged to be a part of.

The Owens family maintain that they have no involvement with the murder. In 2010, Delia said the documentary "just wanted something sensational", and denied the accusations against her and her family.

According to Time Magazine, press interviews with Delia, Reese Witherspoon, and Daisy Edgar-Jones have been cancelled after screenwriter Lucy Alibar was asked questions about the controversy in another interview.

In a 2019 interview with The New York Times Delia once again said she was not involved. "It’s painful to have that come up, but it’s what [her main character in Crawdads] Kya had to deal with - name calling."